We took nightmare drug MXE thinking it was ketamine

They couldn’t even talk

Experimental thrill seekers had a trippy encounter when they bought a bag of MXE, thinking it was ket, at an end of exams house party.

They took the class B drug, which is chemically similar to ketamine, at a party on Hardman Street a few weeks ago.

Third year Emily described the trip as “the worst decision of the night”.

She told The Tab: “Everyone loves getting on it, especially at the end of exams, and I’m no different.

“It was about four in the morning and everyone was fucked at a house party, so we thought we’d liven things up with some special K.

“Except it wasn’t special K, it was the worst decision of the night: MXE.”

The scene of the experience

MXE, or methoxetamine, has been flooding the market as a substitute for ketamine.

Ben, a second year English student, described how he couldn’t even talk after taking the drug.

He said: “It felt like my body and my mind weren’t at one anymore.

“I had no idea what was going on, I couldn’t process simple things. It was like there were massive blank spaces in my brain.

“Speech was near enough impossible, which is obviously not ideal at a house party.”

One on-looker, who wishes to remain anonymous, said they were “absolutely fucked”.

The students tried to leave the party to get back to their own place, but this turned into one hell of a task.

Ben added: “One minute, I was dancing to my mate’s set, the next I was on the floor, outside, unable to get into my Delta cab. It drove off.

“Half of us got home, the other half didn’t. We were kind of wandering around Hardman Street, not knowing where we were.

“I didn’t even recognise my own flat when I got in. I had no idea where I was, or who I was.

“It wouldn’t stop, I felt like we had been in it for hours now.”

He couldn’t even get some pyjamas for his mate.

He said: “The simplest tasks became a serious mission.

“My friend asked to borrow some pyjamas to crash in, as she was in no fit state to get back to Smithdown.

“I couldn’t even process what she meant by it… pyjamas? I knew she wanted them, but I just didn’t know how to get up and go to my bedside draw and get them.

Their experience with MXE won’t be forgotten anytime soon.

Ben said: “I wouldn’t touch it again – not even if it was free.” 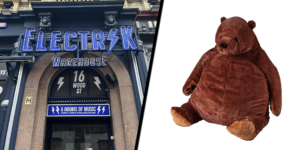 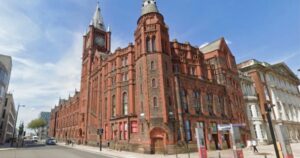