‘This isn’t something to debate about or vote on’: Lincoln students react to the SU’s referendum

The vote for the referendum closes tomorrow

Last week it was announced that Lincoln Students’ Union would be holding a referendum to lobby the University of Lincoln into standing with the Black Lives Matter movement.

The University of Lincoln has confirmed on social media and in an email to all students and staff that regardless of the outcome of the referendum, they will be taking action.

To all staff, students and alumni:

Lincoln Students’ Union is an independent organisation and communicates with its own members.

The University of Lincoln is not holding a referendum. (1/5)

However, many students, past, present, and future have voiced their concerns surrounding the referendum. Asking why this should even be up for debate in the first place.

The Chief Executive of Lincoln’s Students’ Union has recently come under fire for copying a statement on the Black Lives Matter movement but has since issued an apology saying, “I understand that the statement which I issued on June 16th was deemed insincere and disingenuous in its form and its message.

“We have removed the statement after discussions with some of our student members and recognise that it is 100% the correct thing to do.”

A statement from our CEO: pic.twitter.com/jMaHRvAm8R

We spoke to Lincoln students about their opinions on the referendum:

“What would happen if they didn’t reach their quota?”

Sophia, a student at Lincoln told The Tab, “A lot of people read the referendum title, like myself, and thought ‘why are the SU asking their students if they are racist or not?’ I was always under the impression that the SU represents all students thus, is not the type of topic that needs to be put to a referendum.

“Furthermore, what would happen if they didn’t reach their quota? Would the SU not support the BLM movement? The whole thing is very convoluted to me and I know others feel the same.” 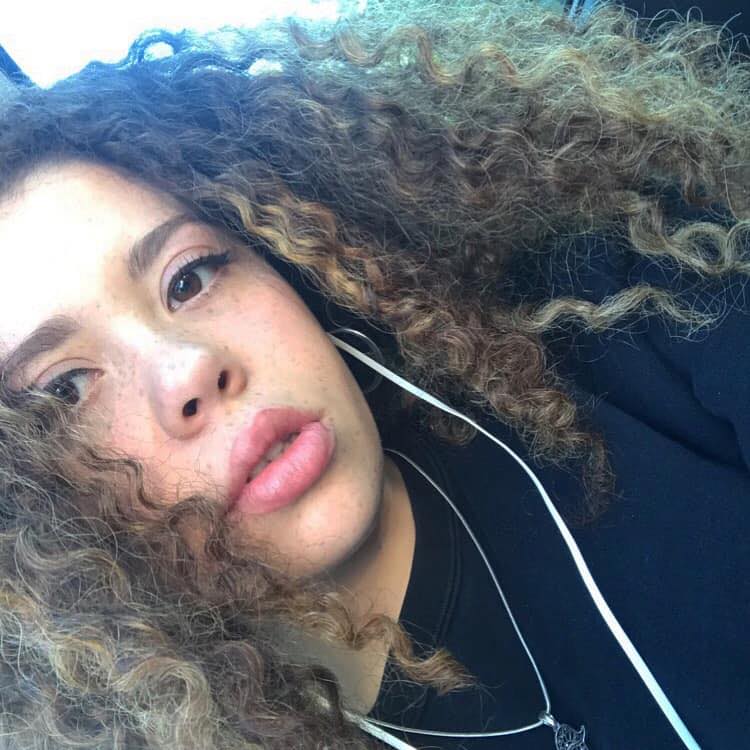 Sam told The Lincoln Tab, “I think it’s totally wrong of them to have the referendum because it’s not a thing to be voted on. It’s very clear that as an institution that strives for diversity they should already be standing for BLM. The vote isn’t needed and I think they are naive in thinking that all students will support it.”

“There shouldn’t ever have to be a referendum”

Sean Oxspring told The Lincoln Tab, “There shouldn’t ever have to be a referendum on protecting and fighting for basic human rights.”

“They clearly haven’t been doing it in the first place”

Jas, a student at the university said, “The SU has pretty much asked students whether or not to discriminate against black students, it’s ridiculous! They should be able to see right from wrong and know that they should have been doing this anyway it shouldn’t even be a decision. And I think the fact that they needed to put a vote in to make positive changes for black students shows that they clearly haven’t been doing it in the first place!” 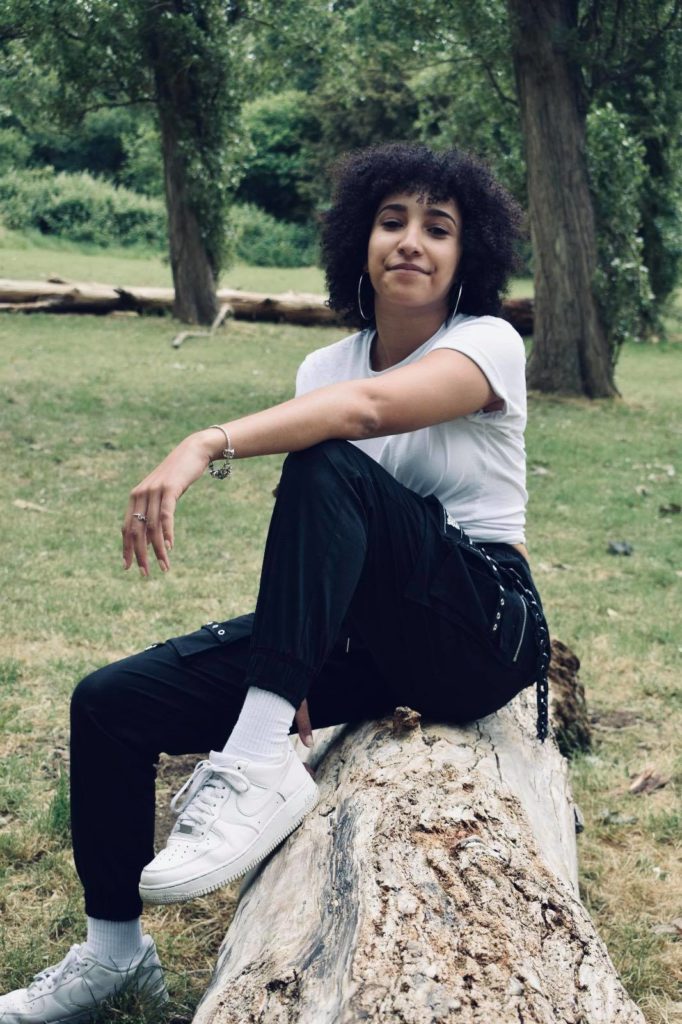 A prospective student told The Lincoln Tab, “Well, obviously I am a future student. I start university this September/October but I have been to the city of Lincoln and stayed there for over a year now with friends and my boyfriend. I absolutely love the city and I love the university. But after seeing the statement of the Student Union, I was appalled.

“As the SU and University should be making the experiences of all students as great as possible with opportunities for all. Black Lives Matter should matter and always have. It’s not up for debate and they shouldn’t be hesitant to support the movement. I am very passionate about this university and everything they have done to make sure I feel comfortable and safe when I begin.

“I do believe that the SU is a separate organisation and they made the discussion to create that referendum but it is connected to the university’s voice so they should do something to correct this. I believe personally whoever put it up wanted to give students have the chance to talk about it but choose the wrong wording and way to do that.”

“This isn’t something to debate about or vote on”

Humaira, a supporter of Lincoln’s Black Lives Matter movement told The Lincoln Tab, “A students’ union main priority is support for their students and lobbying for better student life. Of course, votes and research need to take place to gather a consensus, however, that’s held for things such as the theme of timetable issues – not basic human rights and anti-racism.

“The SU should already be rallying behind the movement and lobbying the University, not organising a referendum on the matter. If the outcome of the eferendum was negative, would the SU then decide to not lobby the university and support BLM? Because that’s what it bottles down to – the SU is telling black students that they only care about them and support them if they’re told to, not because they want to. By giving an option of a “No” side, the SU is essentially taking the stance that ‘black lives matter’ is a choice, which it is not.
“This isn’t something to debate about or vote on, as a Students Union they should always and constantly be supporting their students.” 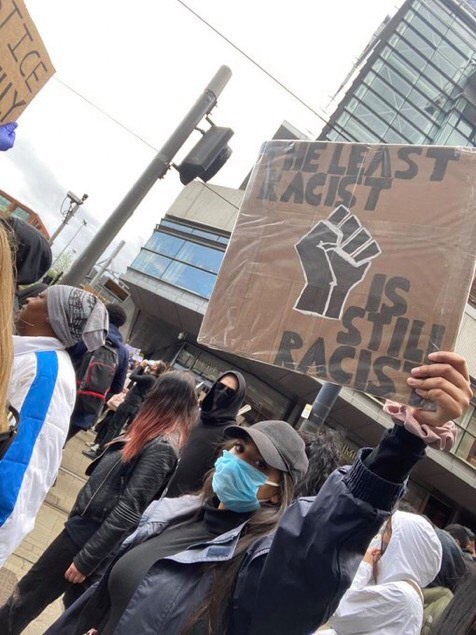 “It is ignorant, stupid, and unaware of what the students and graduates think and feel.”

Jack, a graduate from the University of Lincoln told The Lincoln Tab, “As a Lincoln graduate who chose to remain living in this beautiful city, the Student Unions behaviour has been very disappointing. First by copying from another university and plagiarising their words. I have so many things wrong about this alone.

“It shows that they can’t form their own argument to convey their feelings and emotions which evokes a level of insincerity. It feels like, there we go done, ticked that box. By plagiarising, isn’t that setting the worst example in an educational institution? Students are punished for plagiarising words and so should they.

“Holding a vote towards whether or not to support Black Lives Matter. It is ignorant, stupid, and unaware of what the students and graduates think and feel. It is unanimous that we young people are passionate and feel strongly for the Black Lives Matter movement, which has been evident online, in protests and we young people are at the forefront. By not even listening to the young people’s voice they don’t show respect to the students.

“It shows an unwillingness to give their own answer. They are passing it onto a vote because they don’t know what to do or say as an institute. It’s shameful, embarrassing, and drags Lincoln’s name in the mud. As a graduate and staff member of the university, it has been a pride of mine to get to know so many diverse people here at the University of Lincoln. It’s a shame and a disappointment that the SU doesn’t feel sincerely the same.” 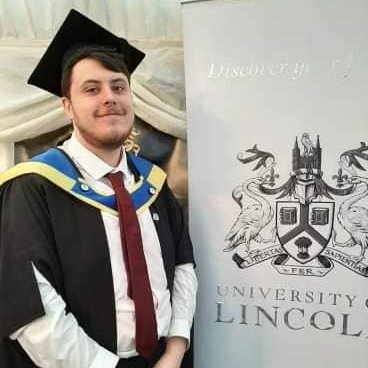 Ivana, a former student at the University of Lincoln told us, “Well, I just think it’s ridiculous that’s they’re taking a vote whether to support people’s basic human rights. It shouldn’t even be a question, you should just support it and if you don’t you’re either a racist or are scared you’ll lose custom because they are racist which in my opinion why would you want to associate with a racist anyway?! I’m so glad the University has put a statement distancing themselves from the embarrassment the SU is.” 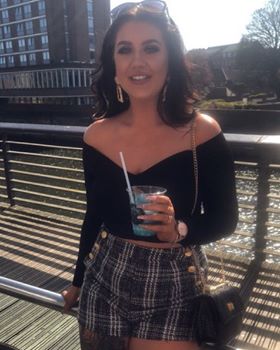 “I find it unnerving”

Phoebe Lynch, a Criminology student at the university shared with The Tab, “The university of lincoln is a highly established academic institution functioning in our society just the same as these individuals who have proposed this principle from ACS. I find it unnerving that students had to bring such a policy to their attention in the first places it’s something that should have been addressed without prompt. and I’m actually embarrassed. I’m embarrassed to be a part of an institution that would even consider a referendum for a matter this important, no one should have an opinion or say in whether BAME students get support, they should have it already”

“What if people were to vote no”

Another student told The Lincoln Tab, “I don’t know why it’s been put into a referendum, I just thought it was something that just could be done. Like what if people were to vote no, would they all be like ok then let’s not be inclusive. I don’t get it, it’s just being a decent person and treating each other equally. Also, that message that was copied and pasted from Essex’s statement is just ridiculous and shows the lack of effort and care for the current issues concerning racism.”

A spokesperson for the Students’ Union told The Lincoln Tab, “As Student Leaders at Lincoln SU we are hugely disheartened by the misunderstanding online around our support of the BLM movement and we are genuinely sorry our members feel this way. The Student Leaders have all worked extremely hard with our staff and the university to set actions and lay the foundations for long-lasting change.

“However, we understand why many feel this is a matter that shouldn’t be voted on. This was a policy proposal brought forward by a member of the African Caribbean Society. The Students’ Union is supporting the student by providing a mechanism to enable him to get this passed as a policy. The reason it is required to be voted on, is because as a democratic student-led organisation, the Executive Committee cannot just make policies, and our governance dictates this.

“Of course, the University and the Students’ Union supports the Black Lives Matter movement with or without this student-led referendum. The purpose of the motion is not to vote on whether we support the movement or not – it is to push and promote the actions within it [..]

“We hope this clears up the concerns many of our students may have had and we are sorry if anybody felt disheartened or upset in anyway, this was not our intentions at all as we believed we were listening to our students and are acting on the correct side of history.

“The best way to do this is to work with us so please, please do not hesitate to drop us an email or a message if you have actions or ideas you want the SU to take around BLM because We promise we will do our absolute best. The SU is in support of the BLM movement and we will prove it by the actions and change that we make.”

You can place your vote in the referendum here.