The University of Lincoln announced the move to online teaching a little over a month ago now, to allow for social distancing.

With lockdown being introduced shortly after, many students returned to their family homes. The Tab Lincoln reached out to those who stayed, and this is what they told us about their Lincoln lockdown experiences.

“My house all stayed because we wanted to keep our families safe. We go out to the shops when needed, and that’s about it. When we do go shopping, we only go to Carholme Sainsbury’s, and it’s kept really clean, the staff are doing all they can. It’s hard being away from family, but I also live with third years who want to make the most of staying in their house until the end. We are having BBQs and games nights. We even did our own version of Don’t Tell the Bride to keep ourselves occupied. This all started because we were watching the show one day, and my boyfriend asked if I’d trust him to organise our wedding if we got married. I said that I wasn’t really sure, depends if it’d be a car crash or not. So the boys spent the whole day making a presentation on how they’d organise it, complete with a powerpoint. It was pretty good, couldn’t have organised it better myself. It’s nice to have the company of my house mates, but we do miss home.”

The presentations in question.

“I’m in my flat on my own and all my flatmates have left. I work for my accommodation so the main reason I stayed was to be able to work. I’m not too fussed about knowing when to return as if this lockdown didn’t happen I would still be at uni. I’m just waiting until it’s safe to travel! Lincoln as a whole is dead. Doesn’t feel like there’s any students left.” 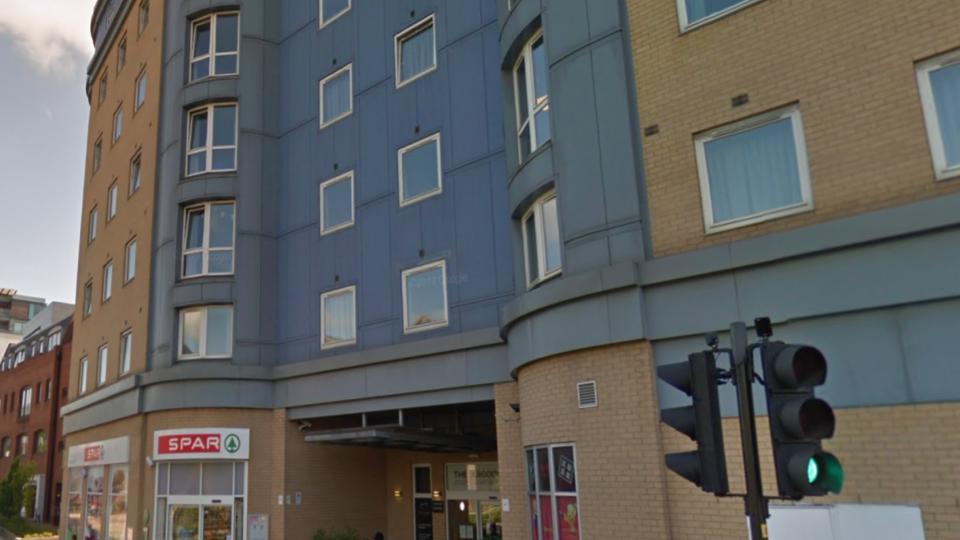 “We play games and got a Disney Plus account. I personally decided to stay in Lincoln as it’s safer up here, there’s a lot less cases than where I’m from down South, and I wanted to keep my family safe because it’s hard to tell if you’re asymptomatic. I also knew I would struggle to work efficiently if I went home. I miss my family a lot, but it will be worth it when I can see them, and I have my second family here. Lincoln is very quiet, but there’s still a few people around. My flatmates are the same, missing home but coping okay. We’re staying strong.”

“I’ve had to stay in halls as my mum works for the NHS and doesn’t want to risk me catching the virus. I have one flatmate with me and have been going to the shops when needed but mainly restricted to the flat.”

“I chose to stay in Lincoln as I’m an only child and would get rather lonely at home, and my remaining flatmates feel the same. It’s also easier to crack on with uni work, being at home doesn’t feel as motivating. We live in a sixteen-bed Viking house, we are all 2nd years, and there’s seven of us left. A lot of my mates left, apart from a few in Junxion, who stayed for the same reasons as me. I love Lincoln too much and I’m not a fan of my home town, Norwich. My flatmates and I like being together, and this is our final year together before separating, which is a further reason why we wanted to stay together. We all used to live in Cygnet Wharf, and have stayed together as we got on so well.

“I decided to stay in Lincoln for a number of reasons. I’m now classed as a key worker as I work in a grocery store, and since lower years have gone home I felt I had to stay. I’m in a flat with my boyfriend, which we’ve lived in for 2 years now. Being in lockdown together isn’t too bad, as we were already used to living together. I stayed to keep him company too, since he doesn’t drive so wouldn’t have been able to go home anyway. My stepdad back home is also a high risk person, so I wouldn’t want to even think about risking his life for my own selfish needs. I’m finding it tough, since I haven’t been home since the start of 2020. I cancelled my plans to keep my family safe and it’s hurtful seeing others ignoring rules and going between different households. I’m just glad that I have my job to keep me sane, and my boyfriend to keep me company. I know that not everyone is so lucky.”

“I’ve decided to stay in Lincoln because my father is on the vulnerable list. I have two flatmates still here, and I am continuing to enjoy the independence of university. The general feeling at the shops is very different. There are some people who have shut down and act as if speaking to anyone will infect them, then there are people that try and be light-hearted about it and try to make little jokes to relieve the tension.”

A student living in Valentine Court has told The Tab:

“My stepdad has health conditions and my grandparents are elderly. I got told I couldn’t come home and I had to stay living in halls. Everyone else has moved out of my flat, and I’m the only one left. However, I am extremely worried as I fell as though I have had no reassurance that we won’t be kicked out of our flats, and I’m constantly on edge about what the next university email will consist of.”

Another student told The Tab:

“My brother was coming home from Vietnam just as everything was escalating. It was also at this point that the government had advised that high-risk patients should be shielded from social contact. As my brother was coming back from Vietnam we didn’t want to endanger high-risk family members from getting it, so I suggested we both stay at my house in Lincoln. Shopping experiences have been varied. At the start of lockdown, both me and my brother were able to go into Aldi. Then like a week later they only allowed one in.”