Sniffer dogs have been spotted outside Cygnet Wharf

They were spotted this morning

Police dog handlers have been spotted outside Cygnet Wharf this morning, Friday 18 October, close to the University of Lincoln's Accommodation Office. 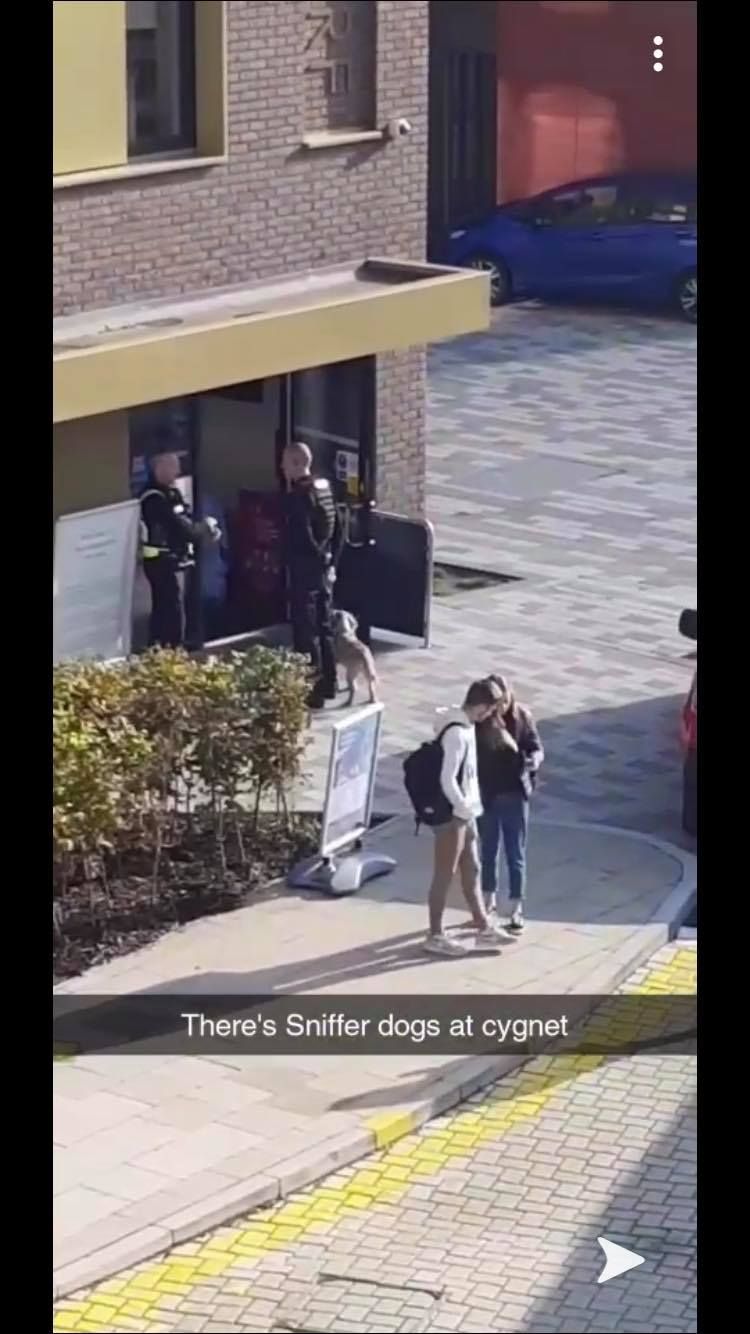 Police officers were seen with dogs outside Cygnet Wharf

A University of Lincoln student sent a video taken on Snapchat to The Lincoln Tab at 10:45am and told us: "I was walking home from University and saw police dogs and handlers outside Cygnet Wharf, it looked as though they were going into the Accommodation Office".

On the video, the police officers are seen talking to each other in close proximity of the Accommodation Office's door.

A police car was also spotted parked near the accommodation in the parking bays outside the Alfred Tennyson building. 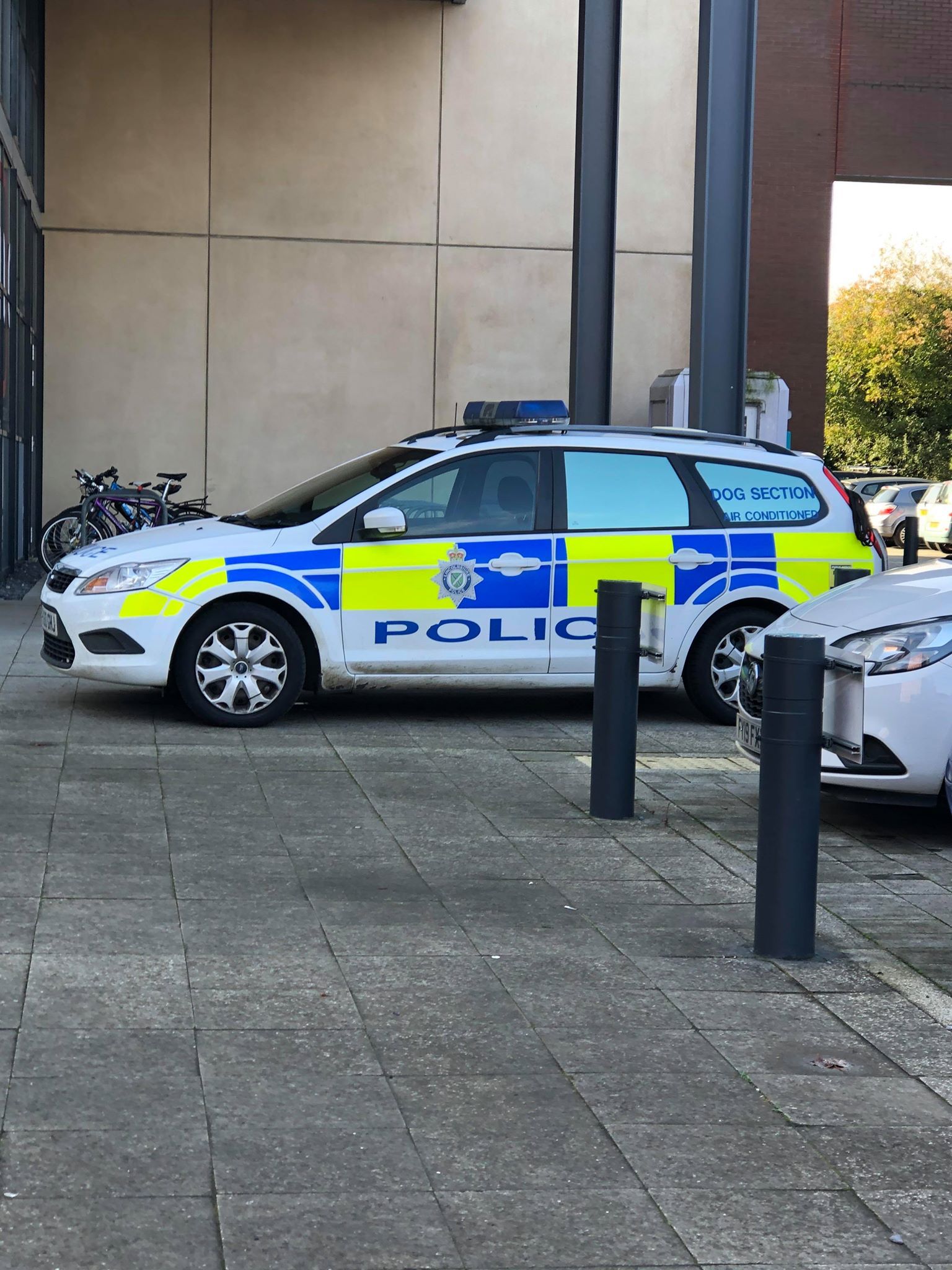 A police car was also spotted

A University of Lincoln spokesperson said: “Our students are at the heart of everything we do and the activity on campus today was part of some proactive work the wellbeing and student support teams have been doing during Body Positivity Month."

"We have had various events and stands across the campus over the past few weeks, including on World Mental Health Day.
"

"This morning was about raising awareness of the effects drugs and alcohol can have on the way someone might perceive themselves in body and mind, along with the impact on their general health."

"Our teams were out on campus to discuss any concerns with students and we invited a police officer and his dog onto the campus to support this proactive approach."

‘The change starts with us’: We spoke to the BLM Lincoln protest organisers