In Lincoln, of all places

Last night two thirds of Atomic Kitten, Kerry Katona and Natasha Hamilton, were forced off the stage at Quack, as members of the crowd started throwing bottles.

They performed three songs – including ‘Eternal Flame’ – before fleeing the stage “for safety reasons”.

Well that was fun!! What a shame when some young boy going through puberty thinks it's manly to throw bottles at girls!! #waiting4balls2drop

Natasha added: “Gutted that tonight’s gig ended early, 2 all of u who came to see a good show, thank u 4 yr support but when it’s not safe we have 2 leave x.”

Before leaving the stage, the pair made jokes about the boys present not yet having hit puberty. Natasha shouted “fuck you” and raised her middle finger before walking off. 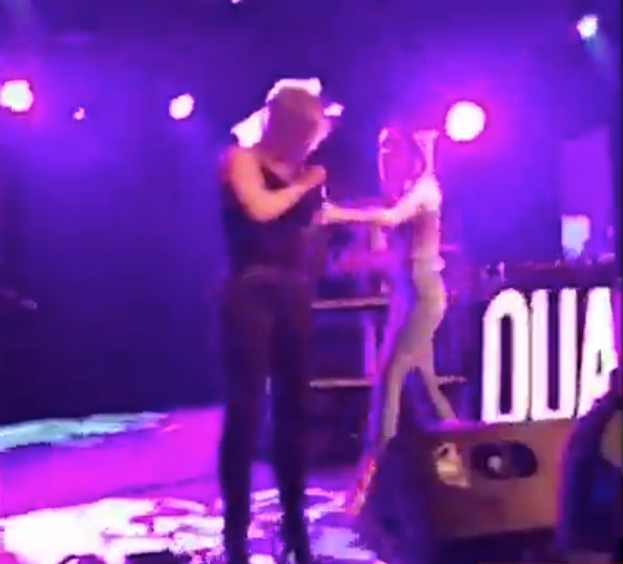 The events have caused a mixed reaction from Lincoln students. Some have branded the pair “divas”, whilst Ryan says Atomic Kitten are: “an important pop icon of our generation”:

If the Lincoln SU wasn't fucked up enough already, somebody just bottled atomic kitten, an important pop icon of our gene

While Emma wonders, what could possibly be next?

This week at the University of Lincoln: makes national news over lack of freedom of speech, bottles Atomic Kitten off stage, whats next?

@KerryKatona7 welcome to Lincoln, I'm not sure how we manage anything tbh

Some were just happy to be acknowledged:

And Abbie apologised on behalf of Lincoln:

@KerryKatona7 apologies for the guys in Lincoln, the gals were loving it xxxxxxx

Lincoln’s Christmas market has been cancelled