Freshers’ Week 2020 has only just begun, but Leeds Uni is already showing that it won’t tolerate breaches of social distancing. That’s why university security has been breaking up flat parties with the help of a dog squad.

The dog squads in question have been spotted at both James Baillie and Devonshire Halls. 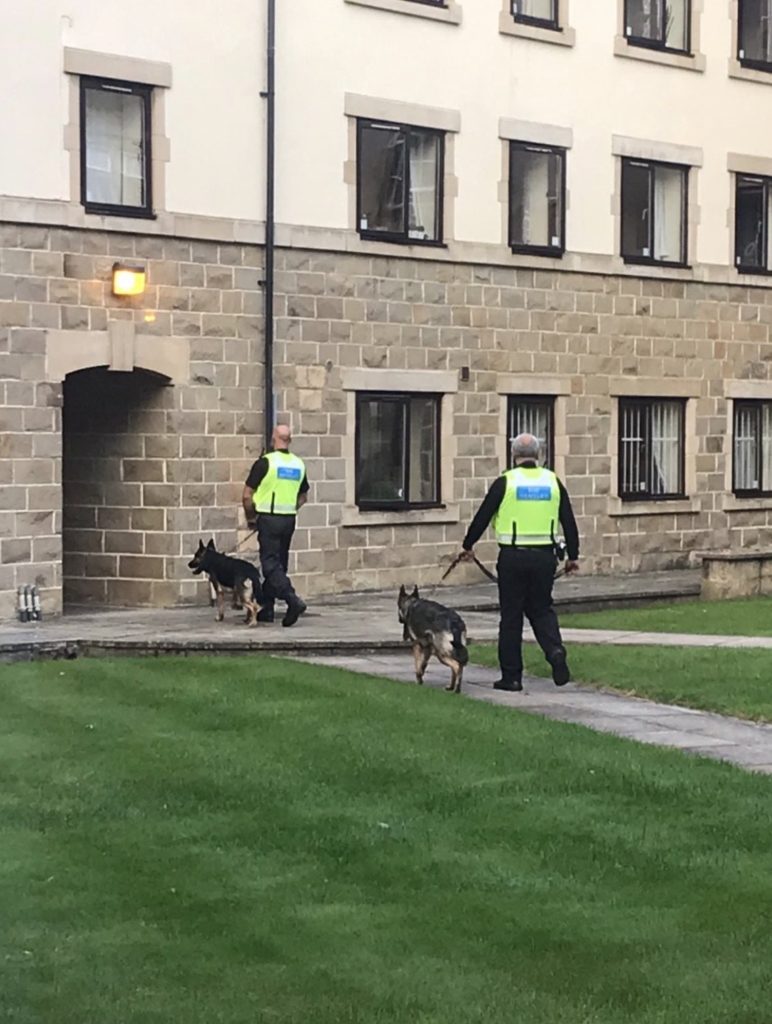 According to the uni’s website, there is a dog handler available for every security shift on campus and dogs routinely accompany security staff on their patrols. 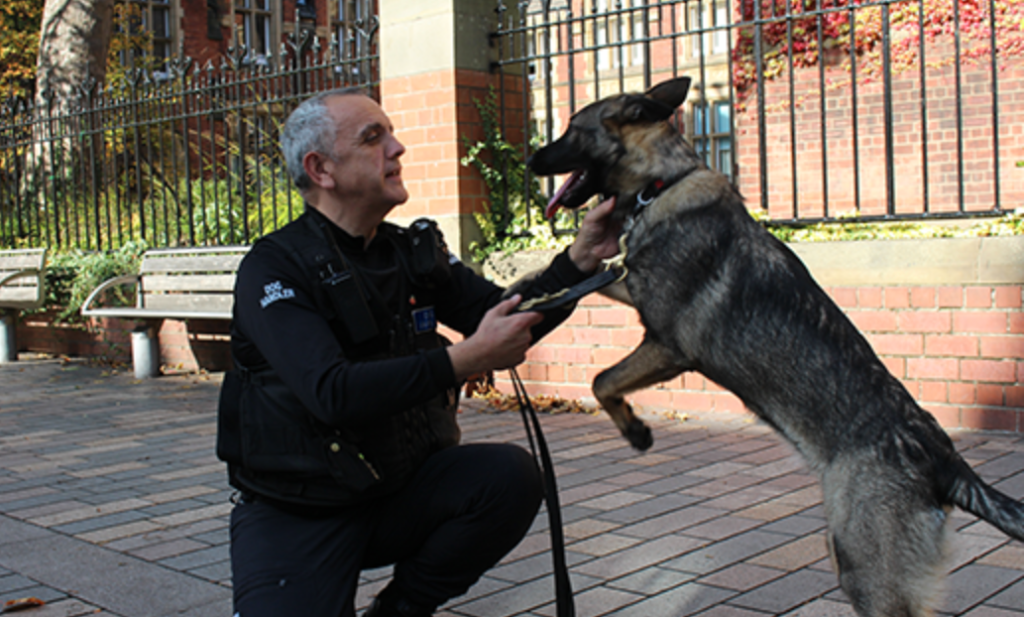 Aside from the dogs, there’s also been a false rumour going round that security has been using a crane to peak into flats at Tannery Hall.

It turns out that the “crane” in question was, in fact, a fire engine being used in a routine drill at the fire station next door.

Uni of Leeds using cranes to scope out parties is something I’ve never seen before pic.twitter.com/suOjBctVwR

Despite the uni’s best efforts, it seems that flat parties are still going on and that students haven’t been put off by the latest measures, which include fines of up to £100 for those deemed to be breaking social distancing regulations in uni accommodation.

The Leeds Tab spoke to one first years who said that students have been flocking from different halls to go to flat parties across campus.

A spokesperson from The University of Leeds said: “While the majority of our students act responsibly, we will take action against those found engaging in anti-social behaviour.

“We make students aware of the potential penalties they could receive for breaching the new social gathering laws, which include fines and disciplinary action.

“To help ensure the wider community is supported when it comes to staying safe, we are working in close partnership with other universities, the student unions, Leeds City Council, the police and community groups.

“We also already operate a neighbourhood helpline service to respond to any neighbourhood issues, so anyone experiencing problems can contact us via telephone or email.”

• There are only 100 seats available across all Leeds uni libraries

• IT’S OFFICIAL: These are the most and least popular halls at Leeds Uni

It all kicked off in Millennium Square

We asked Leeds students what they miss most about normal uni

..and they told us they miss yeeting VKs at Fruity

LUU are giving out free houseplants, and here’s how you can get one

Will you actually manage to keep this one alive, or will it die like the 34 others you’ve bought?

Hyde Park Book Club have been granted £91,000 to help them stay open

They’ve received the money as part of a government scheme

Everyone you would have met in your Leeds uni lectures, if we weren’t in a global pandemic

Can’t run into these people on Blackboard

269 cases within the uni community were reported last week

Someone dropped their baby??

Pubs won’t be closing in Leeds despite new lockdown restrictions

…but the 10pm curfew will stay in place

Please don’t let me be the takeaway tyrant

He became very lethargic and had ‘bloodshot eyes’

Tannery is Topman if Topman was a hall

Everyone you would’ve met at Fruity, if we weren’t in a global pandemic

Thanks to rona, our dear Freshers won’t be yeeting VKs this side of Christmas

No access to food or laundry facilities? Quit uni and get a real job

Yum, can’t wait for my banana and baked bean pasta

Leeds MPs call for all uni teaching to be moved online

Ah well, it was fun while it lasted

Some students have struggled to get hold of food delivery slots

Always had him down as a Henry Price man myself