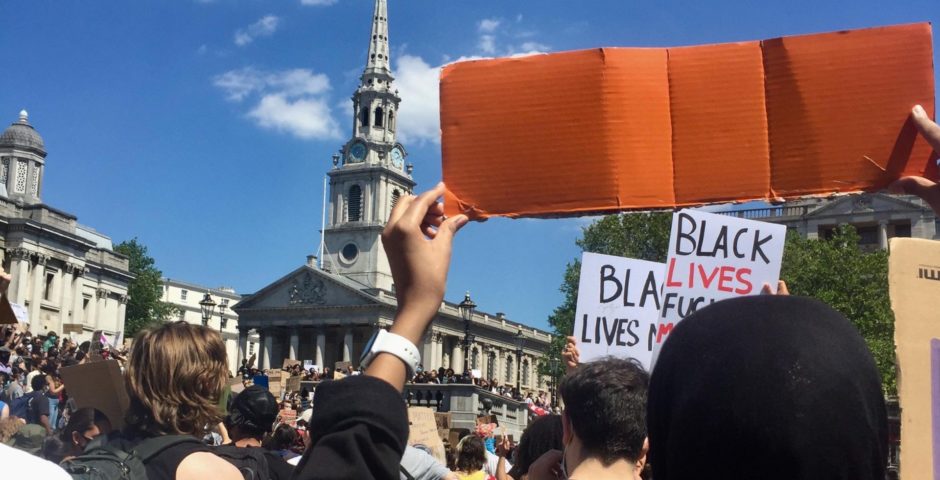 Beckett and Trinity have also expressed support for the BLM movement

Leeds Uni tweeted: “We were alerted to a doctored image that implied we were complicit with, and accepted, racism. This image is fake, and racism in any form has no place in society. Black lives matter.”

The screenshot in question suggested Leeds Uni had essentially permitted a racist Instagram post made by an offer-holder. 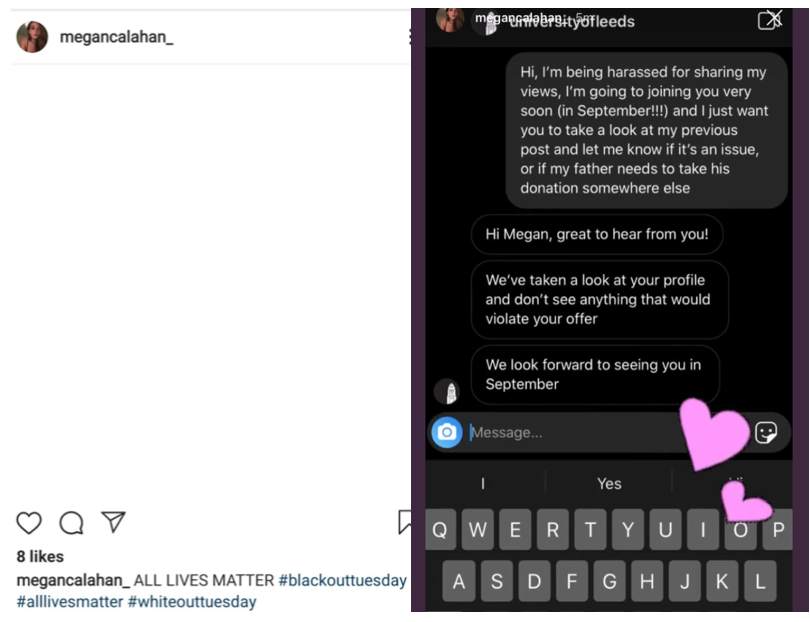 The racist post and the fake screenshot involving Leeds Uni

The uni confirmed there was no such incoming student of the same name, before it reaffirmed its support for the Black Lives Matter (BLM) movement.

“We are deeply saddened by the events taking place over the world in recent days. Racism in any form is unacceptable.

“That an individual would spread misinformation at a time like this and take attention away from the real issues, is disgraceful.” Leeds Uni tweeted.

We stand with the Black community; our students, staff and alumni, because #BlackLivesMatter

Leeds Beckett has also vocalised their support for the movement lighting up the Portland Building purple, in memory of George Floyd, who’s death sparked the ongoing protests against racism all around the world.

Tonight, we will be lighting up our Portland building purple in memory of George Floyd. pic.twitter.com/wDlXRQ2WQB

Leeds Beckett SU released a statement expressing their support for the BLM movement: “Leeds Beckett Students’ Union would like to express our undying solidarity with Black people across the world as well those protesting the horrific human rights abuses by the US state on its own citizens following the racist murder of George Floyd by the police.”

Leeds Trinity also took to Twitter to express their support for the BLM movement, adding: “We ask our wider staff, student and alumni community to listen, to read, to learn, and to always use your white privilege and voice to condemn racial injustice, promote change, and support your black colleagues and friends.”