‘Tops off’ with the Snowriders, classic

With lock-down still preventing us from getting groovy in our fave clubs, BoJo’s confusing recent announcement not giving us any hope for when we’ll be allowed out again, and weekly Zoom quizzes not being quite so fun anymore, why not live vicariously through the memories of all your wild nights out in our beloved Leeds?

We asked about all your mischievous antics on nights out and you guys are a wild bunch (well done for keeping the NHS afloat with all your broken bones). Here are all the common themes of Leeds night out antics and some crazy stories to keep you amused while you sip wine in your PJ’s.

Broke my ankle doing parkour on an Otley run

The amount of alcohol consumed on an Otley run can cause a wild night for anyone. “It was my second week of first year and I was on an Otley run wearing a toga (bed sheet). I didn’t realise it was going to be so lethal! I thought it would be a good idea to parkour along the benches near Parkinson’s. I ended up falling off the end of one, landing straight on my ankle. My friends were laughing at me but got worried when I told them I’d heard my bone snap. A nice guy carried me back to Charles Morris and it was confirmed that I’d broken my ankle at the hospital the next day. What a cracking (literally) start to my first year.” 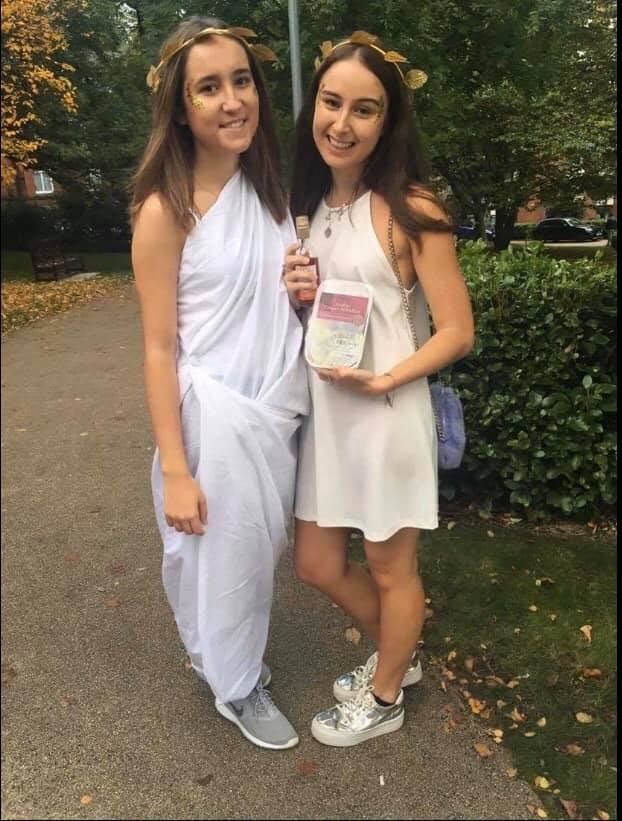 You may be a goddess, Lucinda, but you still can’t fly

Broke my wrist in Warehouse

“I fell down the stairs in Warehouse and broke my wrist in two places.” Don’t worry Ella, we all know how steep those stairs are. 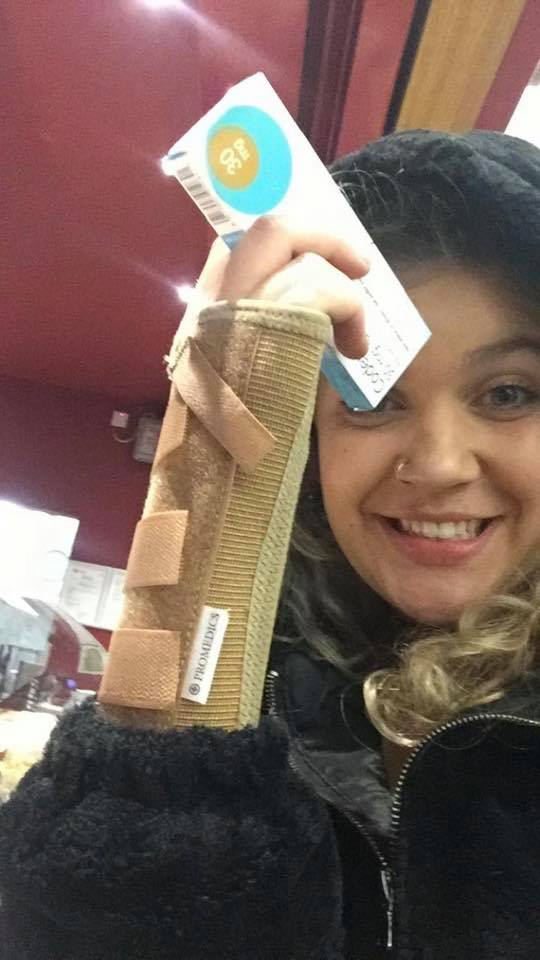 Ella showing off her new garms straight from the hospital

Got naked with Snowriders and realised it was the wrong party

Milly had plans to get steezy at Bongo’s Bingo, and started drinking at 5pm. “I don’t remember the journey there but realised I didn’t have my ID when we arrived and I couldn’t get in. My friends and I went back home to drown our sorrows, then I remembered a Snowriders party was happening later on, so there was still hope for a good night. We continued to pre for a solid 5 hours then made our way to another pre drinks in Hyde park before finally dancing it out with Snowriders, ‘tops off’ – naturally. It was only the next day when it dawned on me that I hadn’t recognised anyone the night before. Turns out we’d got the wrong address and stripped for a bunch of strangers”.

“One night in second year, I was so drunk at Projekt. I couldn’t remember anything the next day. I had videos claiming that Tom Zanetti was there on my story. My mates said that he brought me to his booth. I’m so gutted I can’t remember, he’s my fave DJ”. Questionable choice, Rachel, but a good story anyway.

Got banned from Projekt but got free cheesy chips, so not a bad effort really

“My mate from home came up for my birthday in first year and we went to Projekt. I was blackout and went missing in the club. 30 mins later my mate got a phone call from the medics on my phone telling her to come get me. I had a bruised lip, I don’t know what happened – I was also banned from Projekt after that. But I got free cheesy chips from Flames because I tried to pay with my ID.”

Went to Cirque, couldn’t find anyone, went on the ride, pulled, went home

“It was a Friday night, I had the Snowriders AGM, an after party, and Cirque all planned for that night. I was determined to head to them all. So I drank responsibly from 5pm at the Packhorse, then got my groove on at the after party. My housemates were already at Cirque so I spent £15 on an Uber there by myself at like 1am just in time for final entry. I couldn’t find them anywhere but had exactly £3 in my pocket and wanted to go on the ride. So I hopped on it and sat in the middle of the row by myself. After the ride, I felt like I’d succeeded in my Cirque goals so spent another £15 on an Uber back to the party where I stayed until 6am and walked home with a guy who I ended up speaking to for a couple months.” 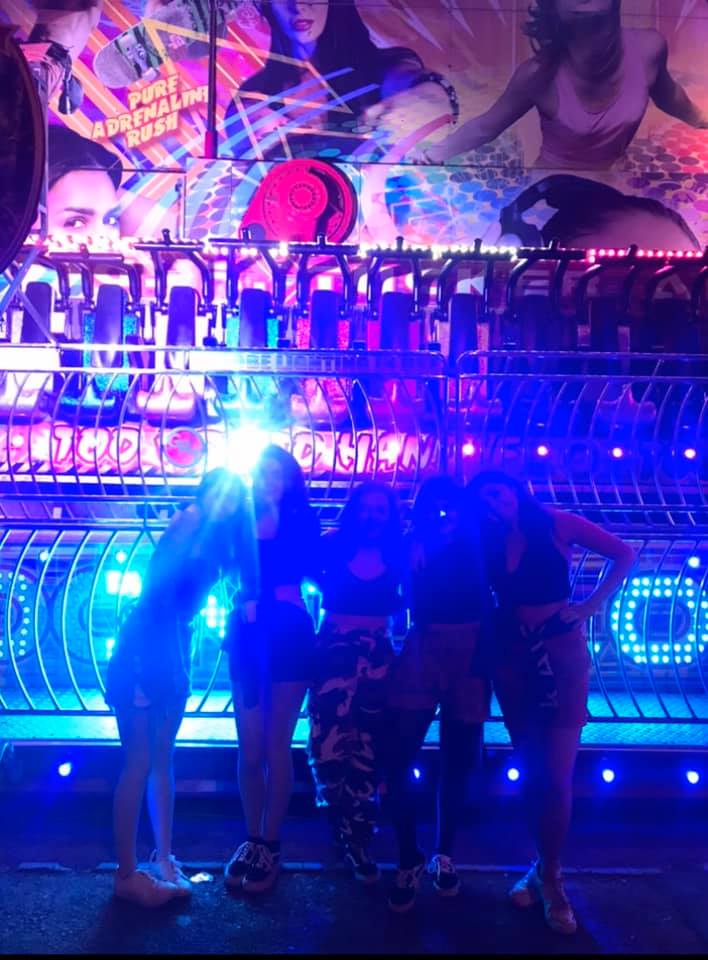 The ride of dreams

I finally made it to the DJ booth

“I got in the DJ booth at beaverworks once for dancing well hahahah.” 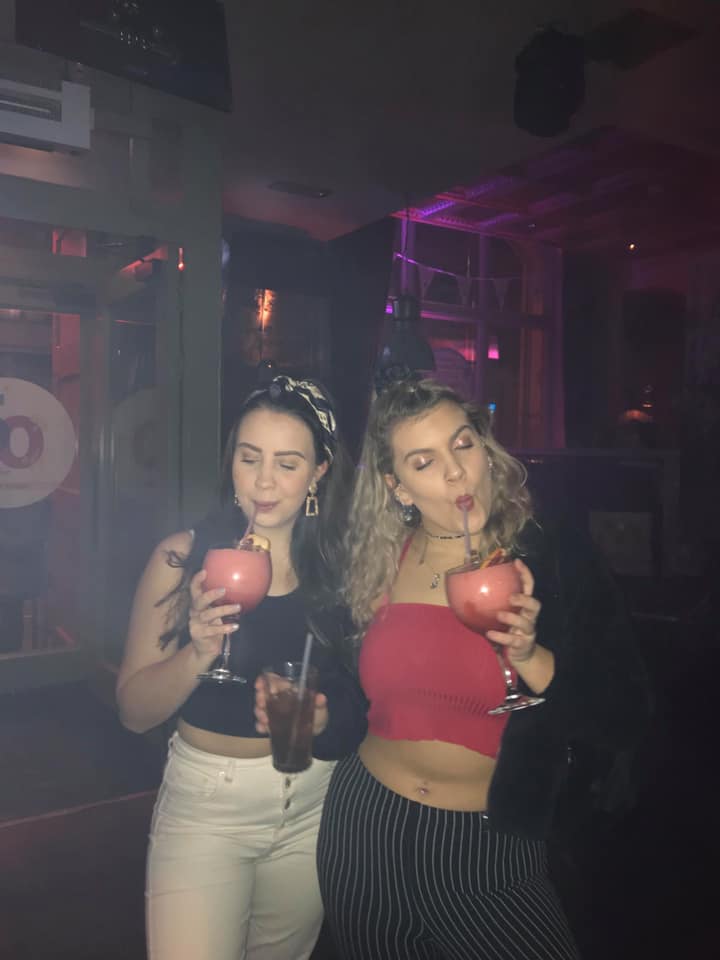 We miss it SO MUCH

“I had lost all my mates, left the club to go home alone and decided to go to McDonald’s because why not? I then got into a fight in Maccies with four guys while I was by myself. This group of guys said that ordering from the front was “gay” so I got upset with them. They were big knobheads, to be fair. I mean, ordering from the front is a pussy move but there’s a time and a place – and don’t say gay as an insult!”

Ended up at a Scottish coke den with 40-year-olds

Not such a common theme, but we had to include Tom’s wild tale. “I ended up in a coke den once with a 40 year old Scottish couple in a flat in Armley by myself. I was supposed to be at Sticky Feet.” Tom, Final year.

I napped on the Bierkeller benches

“One time I got so drunk at a social in Bierkeller that I had a nap on one of the benches. Then the bouncers kicked me out and sat me on the naughty step outside. I just wanted a lil sleep.” 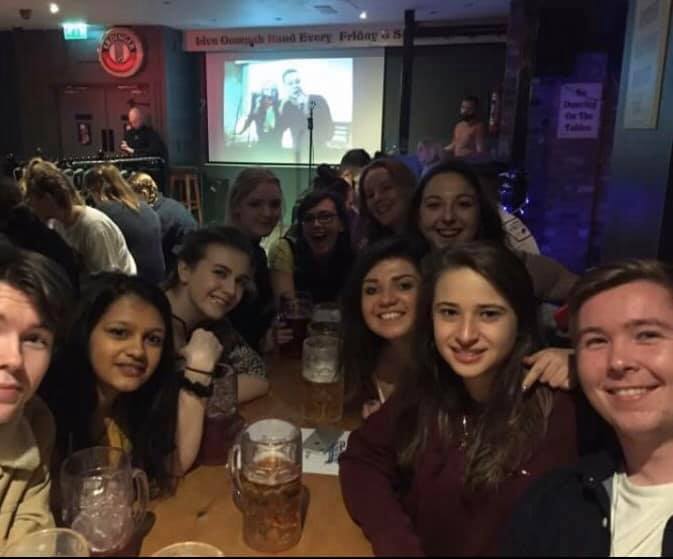 Stretchers and CPR at Fruity to ‘Not Nineteen Forever’? Apparently so

“My flatmate almost died to ‘Not Nineteen Forever’. It was like two weeks into first term of first year and we were headed to Fruity early to get papers tickets. When we got there my flatmate Jess (who has just turned 19) wanted to dance in Terrace. Within five mins of dancing she felt so sick, so ran to the toilets. She fell down the stairs on the way and then passed out in the toilets. I had to call the paramedics and after about four hours of her coming in and out of consciousness, she had THREE ROUNDS OF CPR. All this, to the tune of the Counteeners, ‘Not Nineteen Forever’ playing in Stylus. We eventually had to go to the hospital overnight and a slept on a plastic hospital chair. When we wandered back through campus in the morning, it was an open day. We got some funny looks from judgy parents.” 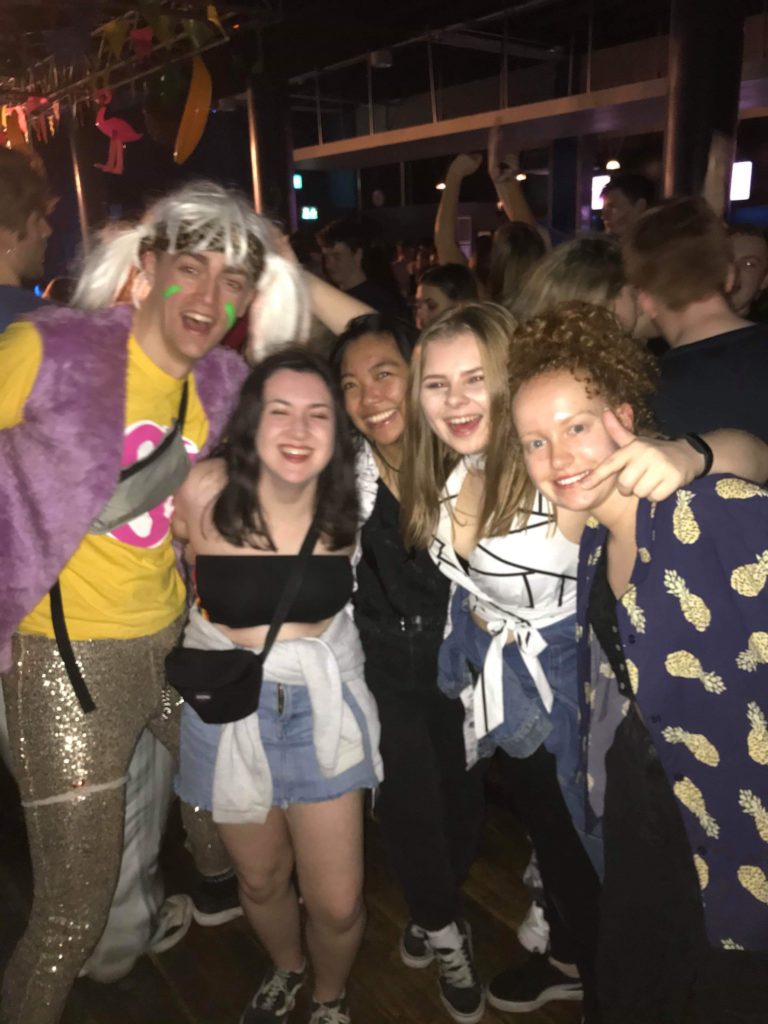 “Went to garden party at Canal Mills. Got with a fit boy. K holed over a fence in front of him and he still asked me on a date. Thought it was true love but I don’t know where he is now.” 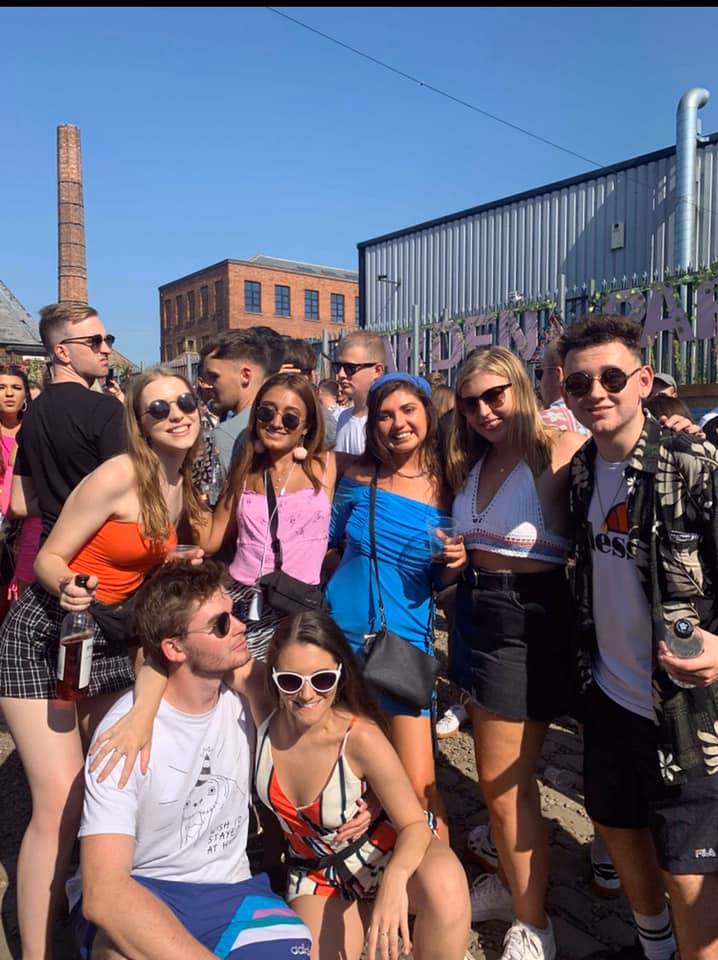 My friend’s date was arrested on our night out

“One of my friend’s dates was arrested (and then full on put in a court trial) while they were on a night out together.”

I wet myself in the bed of the boy I pulled

“One time I got so wasted at a house party in Hyde Park, that I went home with my mates housemate but wet myself in his bed so went downstairs to sleep with my mate. Deffo not my finest moment”. Don’t worry Emma, we’ve all been there. Or, have we?

A party in the street? Hell yeah

“Did you see videos of Hesstival? That was wild.” Abbie, Second year.

Well, if that doesn’t make you miss the sweet smell of sweat and VKs in Leeds’ best nightclubs then do you even go out? We’ve thoroughly enjoyed hearing about your wild nights out. Thanks for sharing. Stay wild, Leeds.

Tell us your stories by sending us a DM on Instagram or Facebook. We’d love to hear more wild tales, you mischievous lot.