Armed police, incident response vans, and ambulances were spotted in Branksome Place in Burley yesterday, 5 May.

Police became concerned for the welfare of a man inside a house after attending an address in the popular student area near Hyde Park as part of “ongoing enquiries”.

Police remained with the man while attempting to safely end the situation, which was announced as no longer ongoing at 9.10pm.

Images circulated on social media showing the large number of officers and vehicles at the scene, as well as armed police.

Videos shared by witnesses depict a man being escorted away from a building by officers towards a woman stood by an ambulance. 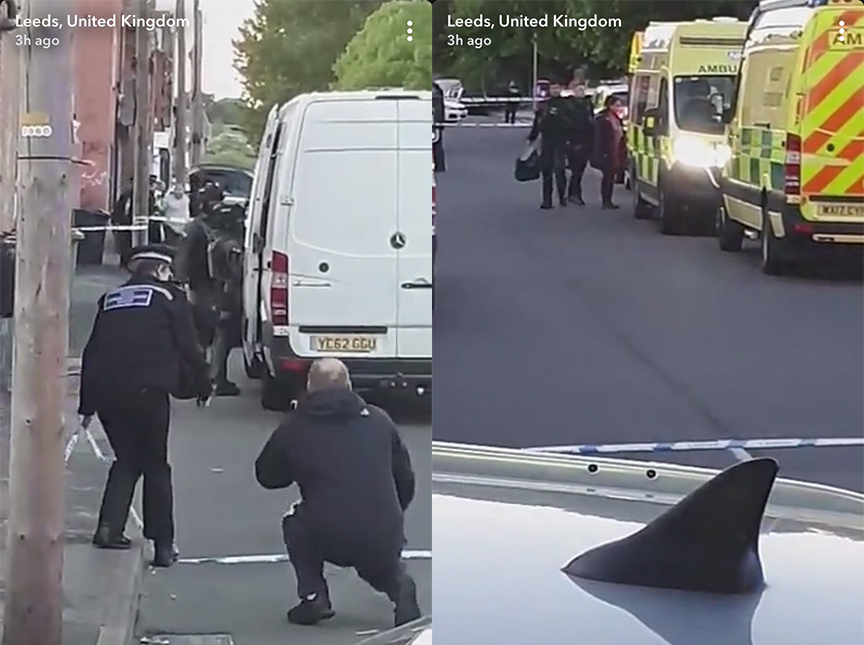 A spokesman said: “Police attended an address on Branksome Place, Leeds at 4pm on Tuesday, May 5 as part of ongoing enquiries.

“On attendance officers became concerned for the welfare of a male inside the property.

“Officers remained at the scene with a male inside the property and attempts were being made to bring the situation to a safe conclusion”.

A police officer insisted to onlookers the incident was not Covid-19 related, but there is no further information at this time.