Yesterday it was announced that Warwick uni had passed a “safety net” regulation that meant as long as students obtained the pass mark of 40 in their assessments, final year students would graduate with a mark that was the same, or higher than, the average they had already attained in first and second year.

A similar petition has been created for the Uni of Leeds, and has already gained over 1,800 signatures. 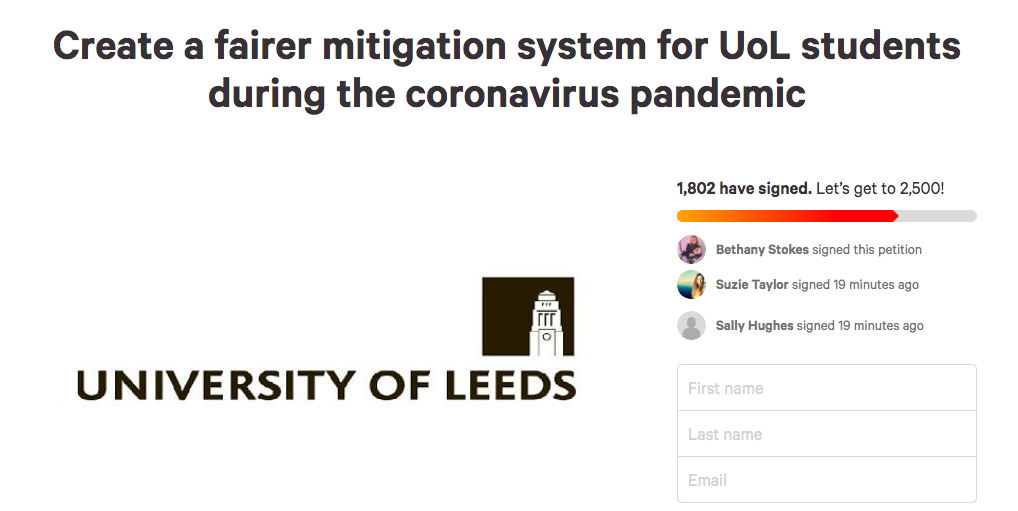 As well as Warwick, Exeter uni have also introduced the “safety net” regulation and the Vice Chancellor for the university stated in his email to students:

“As long as students would qualify to progress/graduate based on their marks obtained this year, then the university will ensure that students’ final academic year average is the same as, or higher than, the average they have attained up until Sunday 15th March.

“If students achieve higher marks in assessments submitted and examinations undertaken after Sunday 15th March then they will be able to raise their mark for the year.

“As long as students qualify to pass the year, completing the summer assessments can only help and not hinder students because the university will not let the extraordinary circumstances in which students are completing these assessments leave them with a average below their current overall mark.”

The Tab Leeds spoke to Beth Stokes, creator of the petition, who said:

“It’s extremely unfortunate what everyone around the world is having to face right now. And it’s unquestionable that it will have an impact on students studies in numerous ways.

“The “safety net” is aimed to be the middle ground answer – what myself and many other students feel is a fair solution to such a complex problem. After posting the petition on Leeds Uni Tickets, it has gained over 8000 views, 1000 shares and 1,800 supporters.

“Hopefully this will encourage more drastic actions or a direct response.”