With Leeds being renowned for its nightlife and social scene, the huge range of nights out can be overwhelming- especially when everyone is telling you that THEY know the best places to go.

Forget everything that halls rep told you, or how Fatsoma made you spend £40 on a wristband you barely even used.

This semester, here's where you really want to be wasting your student loan.

Tucked away in the outskirts of Leeds, don’t let the rough appearance of this club deter you. Expect weird, wacky and wonderful as Beaver Works is the host of events like Cirque, Flux, and High Rise. Be warned, this isn’t for the classy clubber – it’s a sweaty one.

Fruity is everybody's guilty pleasure. You said you were just "coming for pres", but a few drinks down and you're desperately pleading on Leeds Uni Tickets, and then suddenly you're at the Union. With the cheapest drinks around and all the cheese guaranteed to be played, what's not to love? 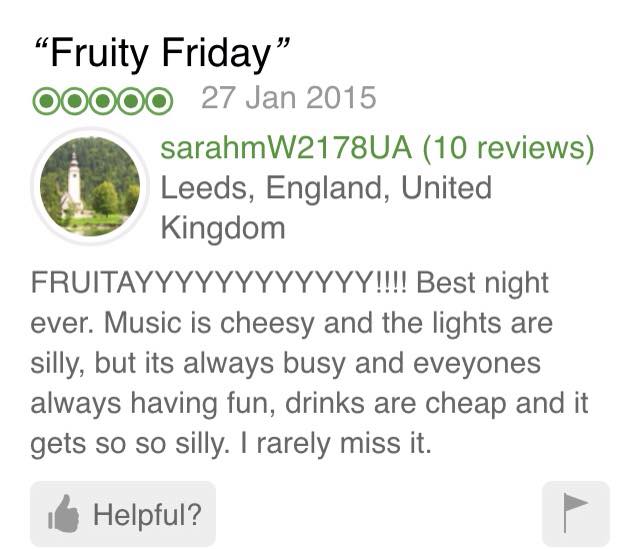 Rugby boys, cheerleaders, and a pretty high chance you’re not going to bed alone. With sports societies hitting Mischief every Wednesday, this event always sells out quickly. When you go, you'll see why. 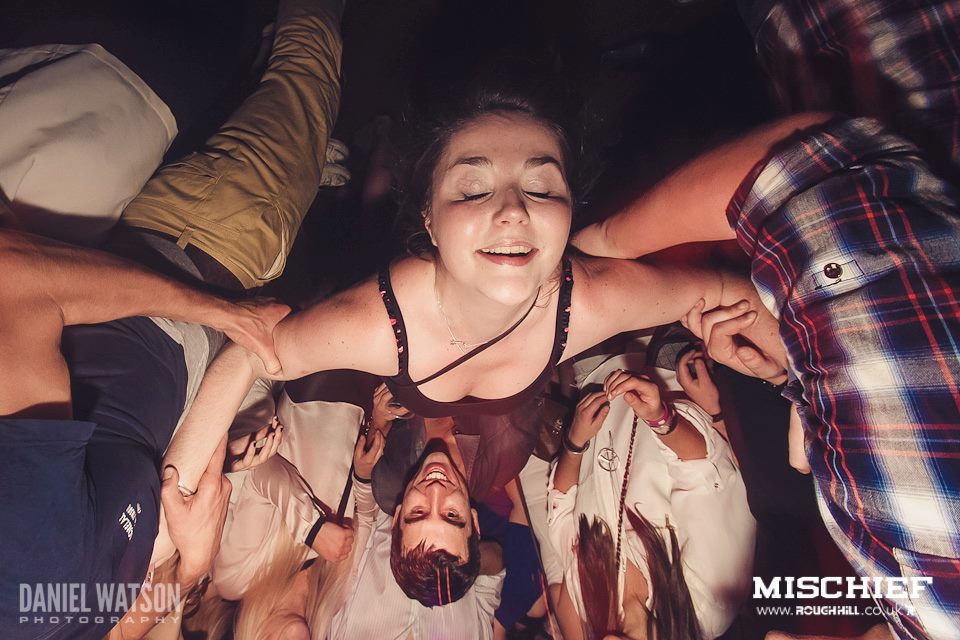 This underground club in the heart of the city centre is a three time winner of the "best nightclub" at the Leeds Annual Bar and Club awards. It's one of the smallest clubs in the city which means there's never really a queue to get in, but with only one room inside, you just have to wait it out when they put on a shit song- which is rarely, let's be real.

It's Mixtape Project's summer shindig tonight. Come and celebrate the sun with us! ? ?

With free donuts on arrival on Thursdays, nothing guarantees a jam packed night filled with guilty pleasures and banging tunes like Donuts at The Wardrobe. 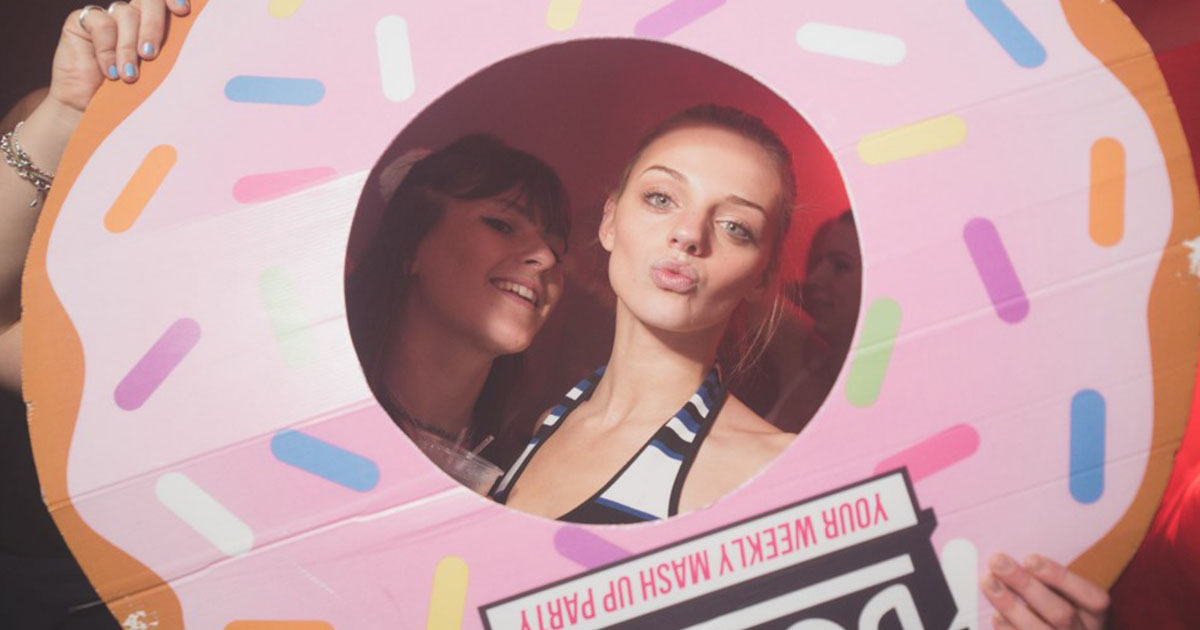 As well as putting on some of the best names this year including Loyle Carner, Mabel, and Kodaline, the O2 is now home to everyone's favourite event, Bongo's Bingo. Think bingo, but you're absolutely off your face, the callers are dressed in drag, and prizes include anything from a Henry Hoover, to a giant cut out of Ainsley Harriott.

We give you, Juicy Lucy in full slow mo action #iminlovewiththecoco

If you like dressing up, sports, and cheap pints, this one's for you. Guaranteed to be filled with Otley runners, Sky Rack is always lively, and its location in the middle of Headingley means you can carry on to the pub next door straight after.

Deals: Two for one on cocktails everyday from 5pm, the £5 round, buy a burger and get a drink for £1

Still rough? ☠ Never drinking again? No money? Never going out again? Why lie. Next stop the @TheSkyrack for ? and ⚽️ pic.twitter.com/8VmSWjyYtC

Hard to miss, Dry Dock is the land-washed boat opposite Beckett campus. It's a great place to go for a cheap cocktail in the winter sun, and you can even sit on the top deck.

It’s a chilly evening in Leeds tonight but we’re ready to warm you up tonight with some live sport and any gin/mixer for £6.50 with a MORE card!

Your parents will be pleased when you tell them you’ve been doing “weekday library sessions,” little do they know you've actually been necking pints with your housemates at 4pm on a Tuesday afternoon. The Library pub is based on the corner of Woodhouse Moor, and will soon become your second home.

With low prices and an unmissable location under the Union, begin boozing the moment you leave your lecture. The Pub Quiz on Thursdays is great for a more low key and cheap night with your friends, meaning you can be tucked up in bed by 12, without feeling like you’ve missed out.

Eyup, come down t'old bar and try some reet good beers! Nowt better than we have, ee by gum they're good! See you at bar ??