Dissertations are the dread of any third years. Writing 10,000 words on the role of women in the Victorian period, or on Byron, or Virginia Wolf etc. etc. is just so boring. No matter how much you love your course, researching something like that for nearly a solid year is soul destroying. But not if you’re clever enough to actually pick an interesting topic, I guess? We’ve had someone write their diss on the Kardashians, on Beyonce, but that is nothing compared to the guy who’s managed to write a solid 10,000 words on Kanye West. Yep, you heard me right. Our 2020 POTUS hopeful, Yeezy himself. Which is exactly what Harry Bainbridge, a 3rd English Literature and Language student did, titling his project: “‘I Love Kanye’: Identity in the works of Kanye West”. 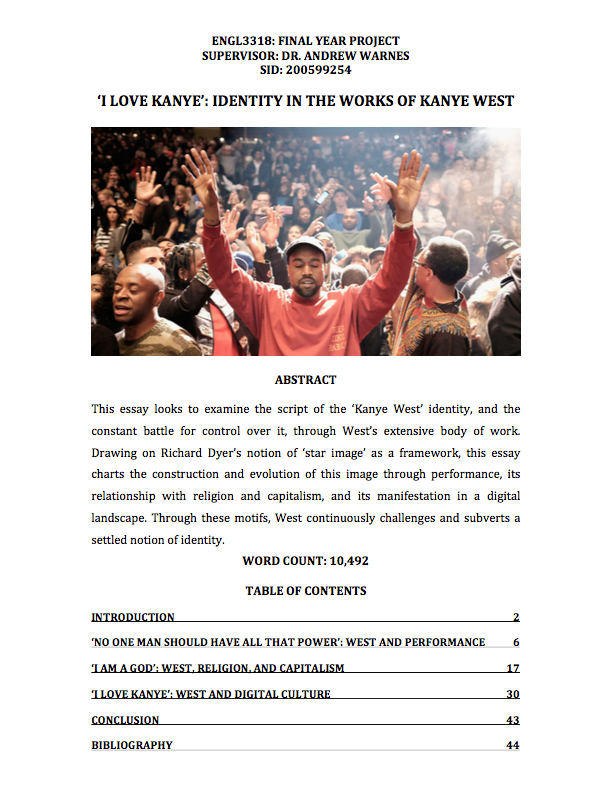 When asked why he decided to carry out his most important project at university on Kanye West, Harry said he “spent a few years working in a celebrity marketing job and became really interested in the creation of public identities that we, the audience, consume as images, rather than actual people”. He also added that he’s a “big Kanye fan so wanted to dig into his back catalogue”.

The project specifically looked in identity, and the way in which Kanye “challenges and subverts a settled notion of identity” through a “continuous re-appropriation of the production-consumption star image model, and by creating innumerable modulations of his own image”. 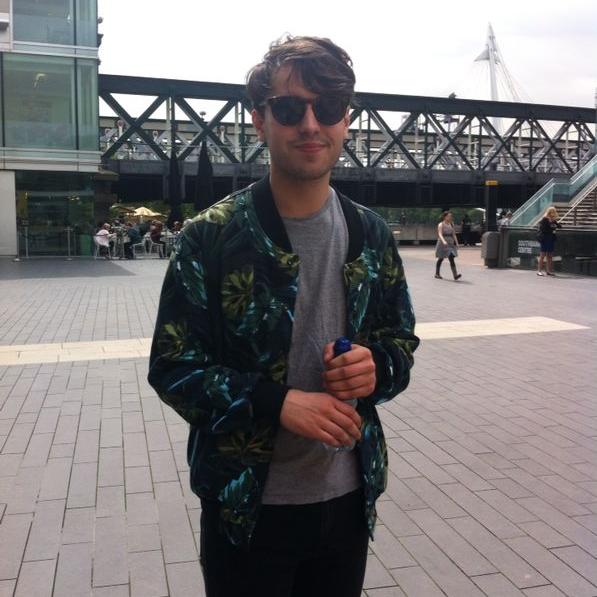 The research needed for the project basically took the form of “listening over and over to albums and reading lyrics”, but Harry also spent some time looking into identity theory, specifically Richard Dyer’s theory on film stars as images.

Apparently the most interesting part of it was looking into digital identities, and how “digital landscapes enable consumers to control a celebrity’s image in a way that has never really been available before. It’s an incredibly dangerous situation for a state, so examining how Kanye maintains control of his image in spite of this was fascinating”.

Harry has no regrets in choosing to do his dissertation on Kanye West, saying that he wanted to work on something that he was “really excited about and interested in.

“I also wanted to write something that I felt hadn’t necessarily been covered before, so I wanted to challenge myself with something slightly off the beaten track”.