Leeds is the Jedi capital of the UK

The force is strong in Yorkshire

Leeds is the city in the UK with the most Jedi Knights, official government data has revealed.

There are over 170,000 Jedi Knights living in the UK, according to the most recent national census – and Leeds has the most.

Leeds boasts the highest number of Jedis in England and Wales, housing 2,812 members of the definitely-not-fictional religion.

This means that one in 300 people in Leeds listed their religion in the census as Jedi Knight. 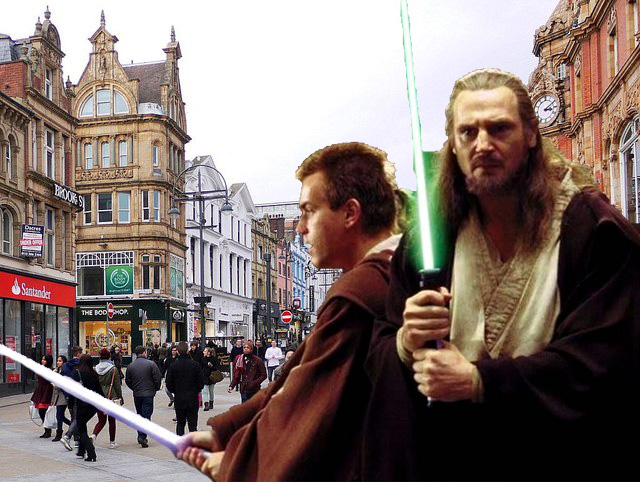 When you said we were going to Space, I wasn’t expecting this

We were closely followed in second place by Brighton and Hove and then Bristol.

The release of the new Star Wars is thought to have boosted the number of people joining the Church of Jediism, and now the religion has over half as many members as Buddhism.

Fourth year Medical Student James Hilton said: “I always suspected that the force originated from Yorkshire somewhere, but it’s nice to know that it’s been confirmed.

“But it’s so surprising that despite having so many Jedi Knights, Hyde Park is still so unsafe.”