Second term has begun. Its tougher than first term, and the escapism of Sugar calls your name whilst those essays are being banged out. But sometimes you need more than a few VKs, sometimes it's a healthy bonking session that really motivates you to keep going. It's not too much to ask, I just want someone to bang me at the same speed I bang these essays out.

But who? Whoops Wednesday is stocked with every type of sports boy at Lancs Uni, but which is worth your time? Following our much admired guide of what to expect when sleeping with every college boy at lancs uni, we've decided to truly test our stamina and take on the sports societies too. We don't want anyone to waste their time here in Lancs.

Why are you acting surprised that you've pulled a rugby boy? You knew he was a rugby boy the second he started rumbling towards you in Sugar's main room.

In the taxi it is immediately evident that you're heading back to his house. You will be treated like a rugby ball. It's going to become difficult to tell whether or not he knows you're not a rugby ball, but go with it, being thrown around in that way is kind of hot. You're going to be in doggy, then missionary, then on a desk and then back to doggy again.

Don't bother asking him to remove his tie though, he's keeping it on throughout. If only he would realise its potential to be put to better use.

A bar sports boy is good with their hands, quiet and rarely get a pull. You will not leave until midday the next day and you will be asked on a date. Bar sports boys want commitment and commitment only. You've been warned. 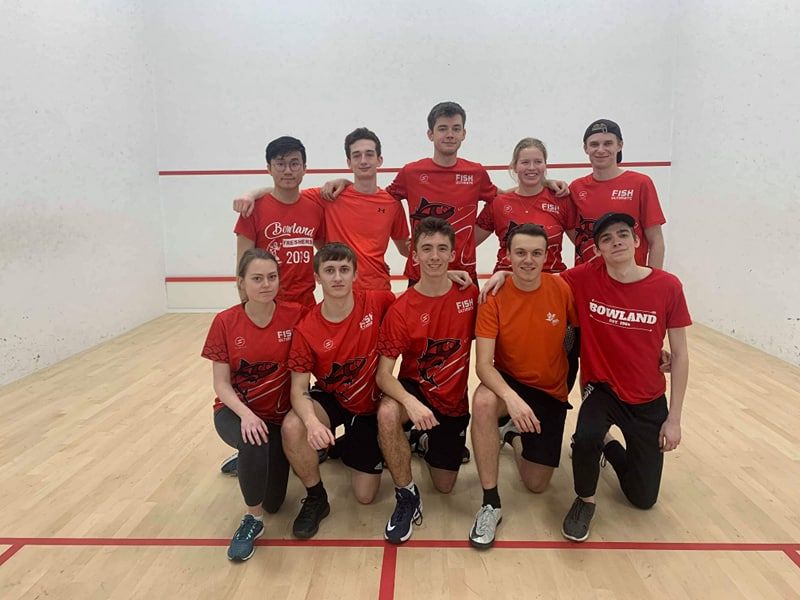 You've bagged yourself a footy lad and you're on your way to his flat expecting the best sex ever, because he told you that's what to expect.

Expect to walk into a bedroom with an LFC poster on the wall and trophies they just had to bring to uni, even though one is a man of the match from when they were 12. Cute.

They will make a point of not usually sleeping around! Ignore it and do not feel flattered, its just their way of making sure conversation isn't "awkward".

In terms of what positions you'll be in: Always missionary, and they will act surprised when you get on top.

Do not, in any circumstance, plan on staying over. He will be up and out by six am. And "up and out" is pretty much what to expect from this shag too.

Don't be fooled by the arms, you will be on top – they need to rest their arms for the morning. Because of this excuse, foreplay will also be weak. 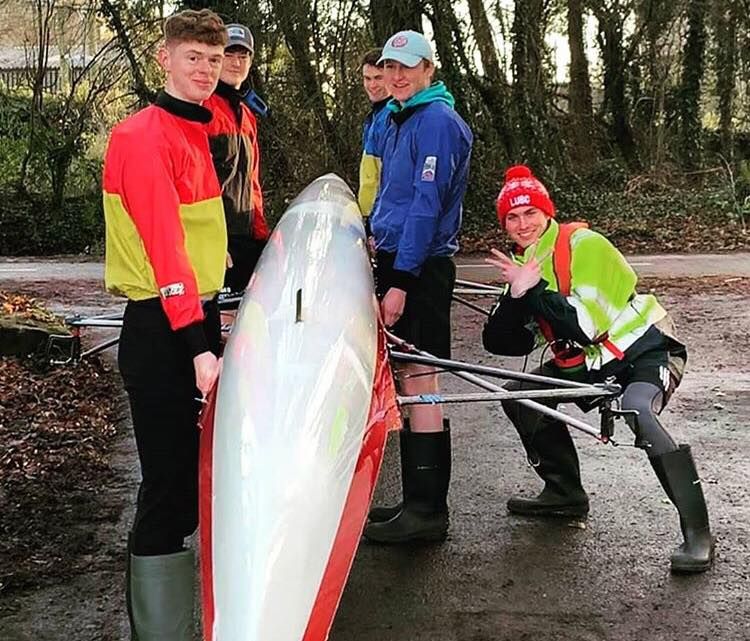 Rowing boys do not talk about anything other than rowing, did you know he rows? He's a rower you know? Did you know?

Rowing boy's hands are always (no exaggeration) blistered from their graft on the boat, being touched by a rower is akin to washing with a cheese grater. Although, don't let this distract from the mighty five minutes you are in for. Powerful.

If what you're after is a bizarre experience, cricket boys are the way to go. Wondering whether or not he's a tory? He is.

They are going to wash their hands and make sure you piss afterwards – it could be nice and considerate, but it comes across as demeaning. You will be prompted to leave immediately after, they have a match in the morning at eight am and you wonder whether they would ever approach sex with the same dedication.

The answer is, probably not. Five or six minutes of missionary and you're out. Cricket is much more than play, it is worship in the summer sun. If only he could worship you the same way. Move on. 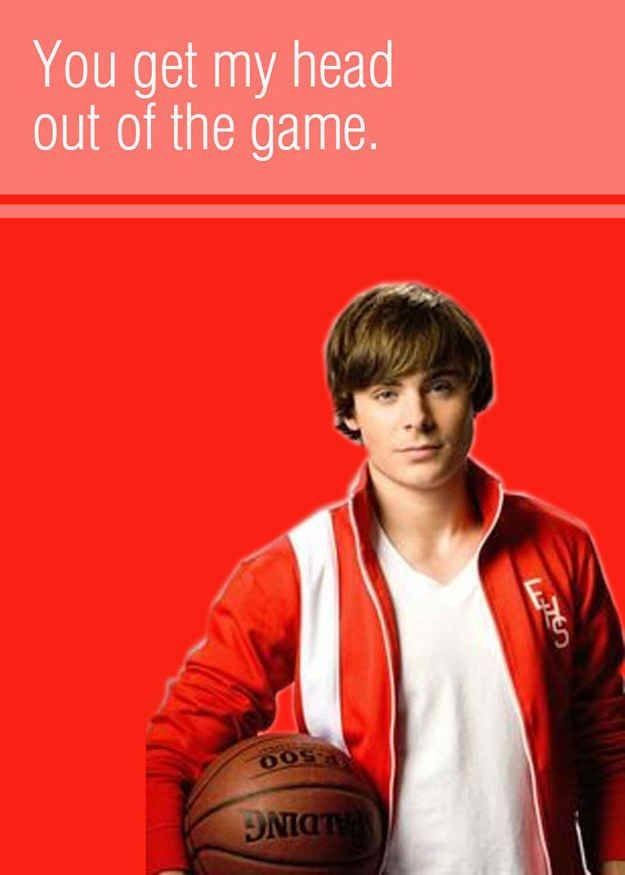 Ah, finally time for a quiet night in with a Lacrosse lad. Because that's what it will be, alike to one of your solo nights in, lying in your own bed watching Netflix. That new series of Sex Education could get things going, right?

It might be that you pulled him on accident, you didn't realise he was a sports boy because you literally only thought there was a lacrosse women's team. But he's nice!

You've got a softboi on your hands and there's no backing out, he will ask if he can touch your boobs during sex and ask if you're doing alright throughout. That's nice but it will get too much. I am fine, just fuck me, I'm wasting away! 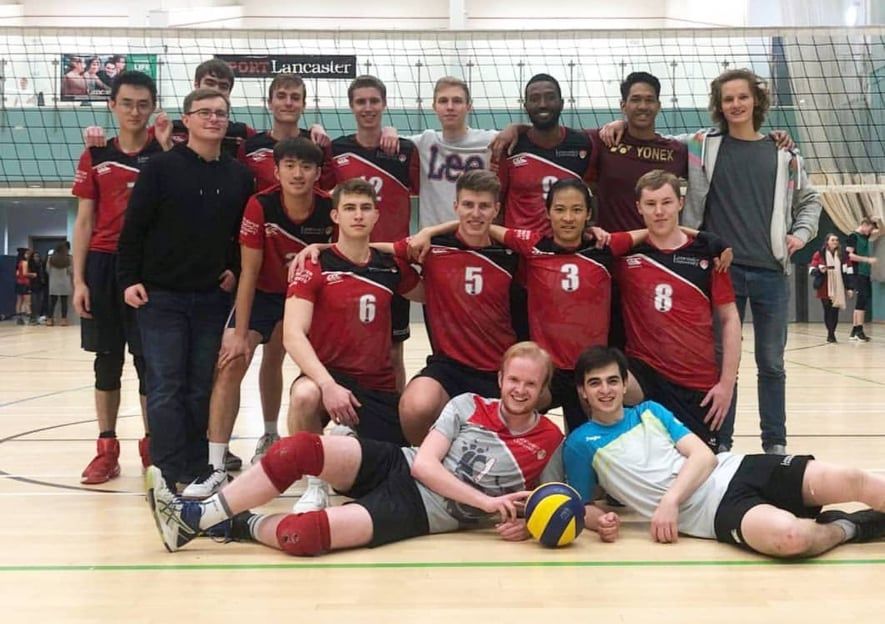 The graft to finally bed your swim team boy feels like it's been going on for the same duration as your course. In the shower, Spotify shuffles "Be Right There" by Diplo and you start wondering if anything ever will happen.

In Sugar he always seems up for it, but you wonder if that is just you misinterpreting his lack of clothing on the social. You conclude, eventually, that the entire team have seen each other stripped so how are you meant to impress? They are always naked.

If you do get there, know that you're one of the lucky ones. You're Rebecca Adlington in the 2008 olympics, bringing home a gold medal for the team.

Expect the spooning position, he will do absolutely anything to show off those snake-like hips. If you feel intimidated by that chiseled eight-pack that caught your eye in sugar, don't. You got there, you deserve it. But despite the achievement of getting there and the luxury of his chest, the only time swimming boys will get you wet is in the pool. Perhaps organise a morning dip for the following morning?

Yes you're in their bed but they will make sure you're out immediately post shag, you just don't deserve them.

American football boys are usually pretty boys, but they will insist on trying to shag whilst standing – they NEED TO PROVE THEIR STRENGTH. This is not a good thing. He's not Christian Grey, his name is probably Alex and he is definitely undoubtedly overestimating himself.

You're moving onto missionary asap and thats standard. The encounter is nothing more than decent. You're leaving satisfied but you're not going back.