‘What can I do if you’re not listening?’ – We spoke to Lancaster Stands with Hong Kong

With the ongoing turmoil in Hong Kong, The Tab Lancaster spoke to Brian Fung, creator of Lancaster Stands with Hong Kong (LSHK) and a member who wishes to remain anonymous about their opinions on the protests, what they hope to achieve and whether the police have gone too far.

What's your perspective on the protests?

"In 1997, Hong Kong was returned to China, under the agreement of 'One Country, Two Systems' which means that Hong Kong has a different judiciary to China. But China is trying to take control of Hong Kong. The extradition law means that China can extract 'criminals' – such as journalists and activists – back to China.

"There's only 7m people in Hong Kong, but 2m marched in protest. The government didn't respond, but that's fine. At the very beginning, with 2m people, it was peaceful." 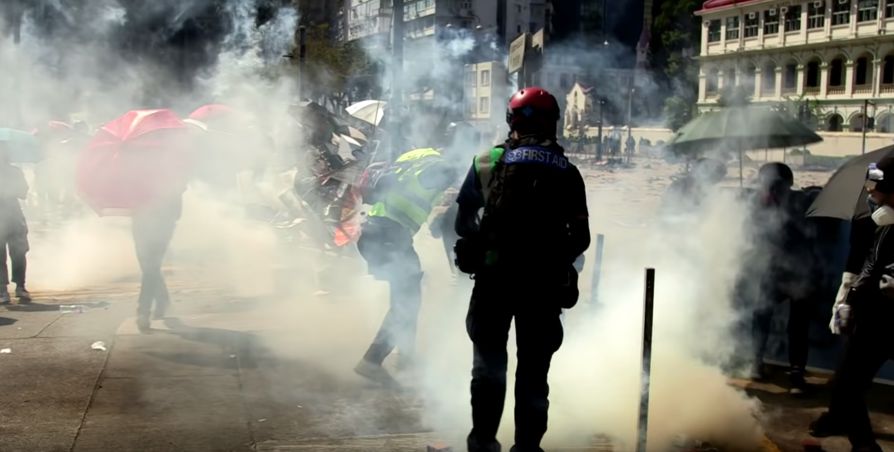 "But then the police crossed the line. "

Brian is referring to reports of police using tear gas and rubber bullets against peaceful protesters on the 12th of June.

"If you are being treated violently, you can't just let them beat you. So this is why protesters upgraded their equipment to protect themselves."

More recently, Hong Kong police have engaged in a siege with students at the Polytechnic University, resulting in emergency rooms being overwhelmed with the number of protesters needing emergency medical attention.

However, Brian remains optimistic for the protesters: "They don't understand Hong Kong students. You do it that way, they resist even more."

What exactly do you hope to achieve with LSHK?

"We're trying to start something, but there's not good progress because even if they do know they don't know how to help. That's why I'm trying to get in touch with the Students' Union, national and international societies know that might be able to help."

Do you have a personal stake in the protests?

"I have a friend who got arrested in September. He was actually grounded by three police officers, and had his hands bound. He told me that his hands still haven't completely recovered. Another case is that the police used water cannons against protesters. It's just unreasonable that you'd do it to civilians."

The anonymous member of Lancaster Stands added: "One of my friends got arrested, and she's 15 years old. She got arrested because she voiced her opinions about the Chinese government in her secondary school."

Brian said that part of him feels helpless: "I always watch live at night, and seeing their lives at risk, and I can do nothing here? It's really hard."

What can you tell us about the removal of pro-HK posters around campus?

According to Brian, the the swift removal of the pro Hong Kong poster in the underpass is not just a one-off.

"More posters we put up in different parts of campus got removed without notice. Immediately. When they pass by, they just tear it off."

Brian ruled out the university or security on campus, instead stating: "There's a Chinese group chat… a private group chat, calling people to remove [posters] together."

Brian's accusations have been seemingly confirmed, with footage showing a student filming himself removing a poster before posting it into a group chat for Chinese students. 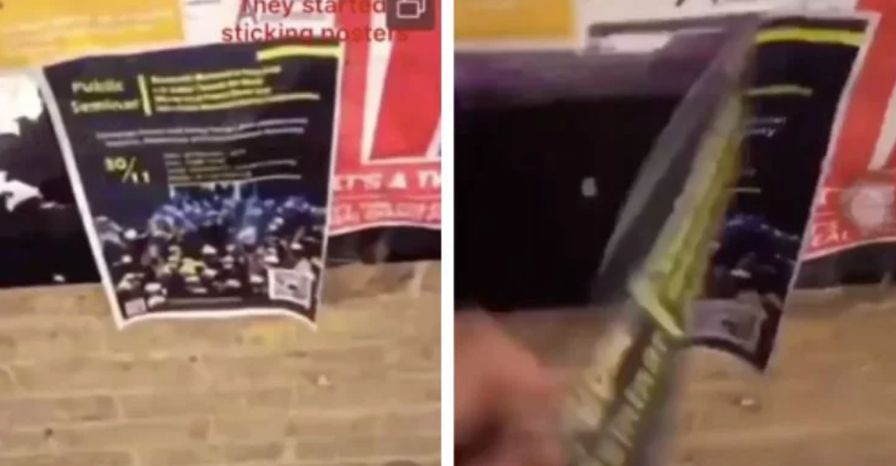 Footage emerged of a Chinese student removing one of the posters that Brian put up in support of the protests.

Has the university assisted you due to the disruption on your campaign and the destruction of your posters?

Brian alleges that the Students' Union has been of no help whatsoever, and has been ignoring him or is trying to avoid being drawn into a political argument.

"I first contacted the Students' Union two weeks ago. They didn't reply so I went to them in person, but they just told me to get an appointment and email them. I tried again but still got no reply. So I went to the advice team. She said that they have noticed this, but they said this is political, so they can't take a clear stance."

What do you think about Lancaster's decision to call back those studying abroad in Hong Kong?

"I'm wondering if they got arrested in that period would they get any support from the university? This is what I'm trying to get from the university, and the Union. I'm not saying to condemn the police, but can they do anything for the students in their capability?"

At least 13 Russell Group universities-including Southampton, York and Bristol-are working to bring their students back according to The Independent.

Do you feel tension between Chinese and Hong Kong students?

"There was a Stand with Hong Kong sticker in a Grizedale college kitchen, and I was told to remove it. The person who asked me to remove it said they have received complaints, but surely it's going to be Chinese. But that guy said 'I've done nothing wrong, why should I?' He actually had all of the flatmates agree to it, so they're not against it.

"The person who asked me to remove it eventually compromised, saying 'You can keep it, but if we receive any more complaints, we're going to need another talk.'"

Brian claims that the tensions he feels are not limited to the Lancaster campus.

"I heard Leeds and the University of Liverpool, they've got incidents as well."

Do you have anything to say to the students who might take offence to Lancaster Stands?

"They always think we are asking for independence. We are not. We are just trying to investigate police brutality. In their eyes, this is us supporting independence. Sometimes, I would love to communicate and explain to them what is happening, but they refuse to listen. What can I do if you're not listening?"