I live in Caton Court, this is how awful it is

A selling pitch soured by its reality

Caton Court has not had the warmest of welcomes from students of Lancaster University. The initial reaction has been one of disappointment and uproar, recently spurring exaggerated yet understandable protest from members of the student body.

Caton Court held great potential for a higher standard of living for students in the city – the luxury sky lounge with great views of the skyline, good room sizes and an all-round pleasant selling pitch.

Rather, there are fire alarms at 2am, two power cuts three days apart from one another, and not to mention the noise complaints from living in a building site. Students feel underhanded and miss-sold.

A small group of tenants within Caton Court took the power into their own hands, approaching the council and local MP Cat Smith in order to apply pressure upon Aparto and have this appalling living situation taken with the upmost seriousness. Open forums have since been held at Caton Court between Managing Director Tom Rix and unimpressed residents, giving hope that issues detailed in the following article will be addressed and sorted. 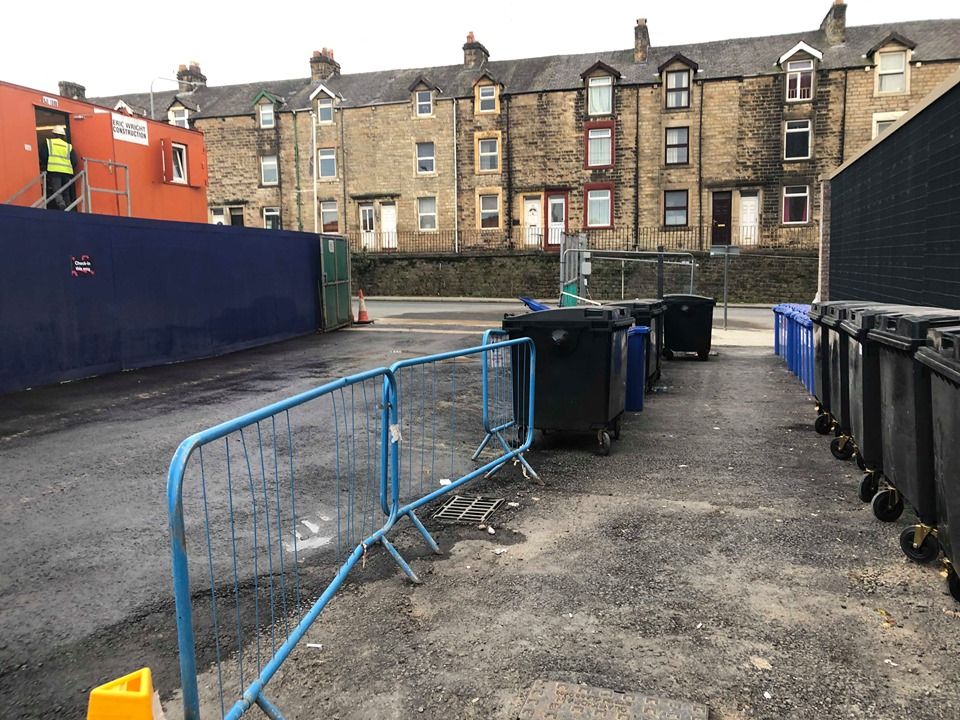 Aparto, to their credit, have compensated tenants with things such as free laundry until the end of 2019 and weekly updates on the current status of the building work. Whilst this is a gesture of good will, it is in my firm belief that it shouldn’t have been needed to begin with. Why wasn’t the site completed and in a satisfactory state before opening it up to residents?

One anonymous student said that living within Caton Court is "A torrent of excitement, now a drizzle of misery."

Last summer when searching for accommodation you couldn’t go anywhere without hearing or seeing Aparto’s new build, Caton Court. With a sky lounge on the ninth floor, an on-site gym and laundrette, luxury rooms and studios with a perfect view of the Lancaster skyline and within walking distance of the bus station this place seemed to be the perfect place to invest in for the coming year. Once my deposit was paid for (a golden studio in their Castle section) I felt set and excited for a productive final year, in an accommodation I felt giddy about staying in.

After spending just a matter of three weeks in Caton Court, I feel safe in saying my excitement has turned into misery. 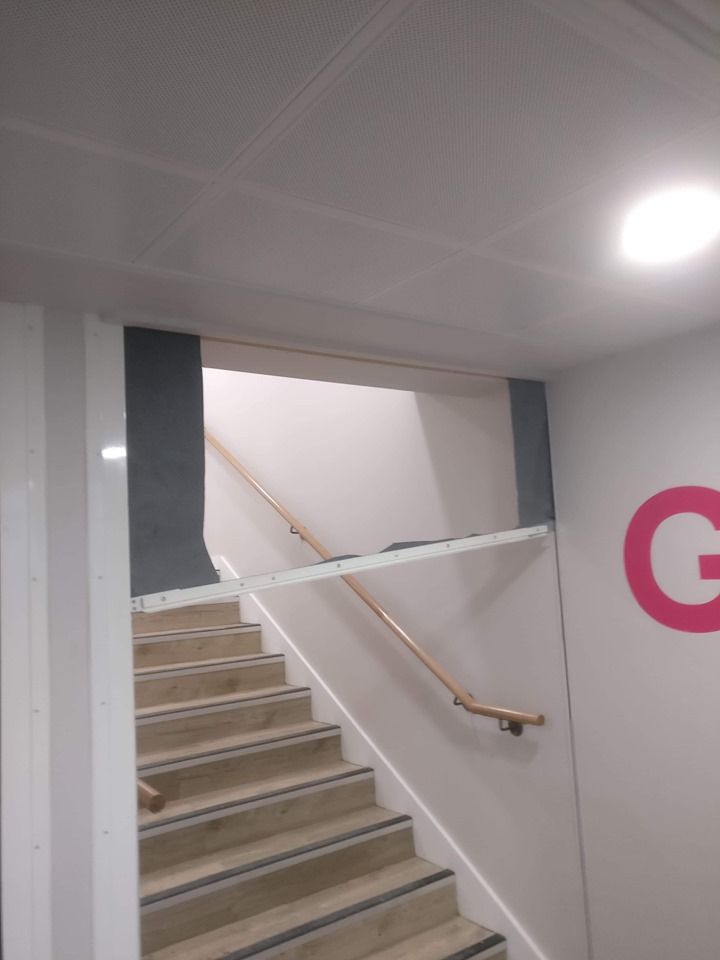 Upon arrival I was concerned right away, seeing that major construction was still going on around the complex. Staff assured myself and my parents that this was just minor but minor was an understatement given the amount of work going on. Personally my flat was okay: the only issues came from a bad flush and a lack of a coat hanger rack, which maintenance got onto straight away.

This wasn't the case for everyone, as several penthouse suites were found to be in varying states of quality, one with its window missing and another with a window ready to fall out of place.

During our first week of study the power went out twice, three days apart from one another. Power failures can be commonplace but what truly aggravated me was the lackadaisical attitude shown by Aparto staff. They seemed unaware of the issue until an hour after the initial failure, I stood outside and watched many residents walk out to find alternative places to sleep, their confidence in Aparto completely absent.

The power didn't return for another hour, causing one student’s medicine that requires constant refrigeration to be made null and void, and countless amounts of food to be ruined. The second outage only further affected our confidence in Aparto, with the emergency lighting failing after only 40 minutes of the black out and the courtyard area to be cloaked in absolute darkness. As if looking into an abyss, a blacked out courtyard and entrance way made for safety concerns of falling and injury.

To enter the site, our so-called entrance is nothing more than a building site entrance with railing to separate the road from the pedestrian walkway. No clearly marked crossing from the site entrance so students have to "chance" it to cross a usually busy road.

As mentioned, Tom Rix will be looking into the installation of a temporary pelican crossing from the site, and whilst this calms our thoughts, other issues outweigh the gesture. Horror stories of poor build quality have plagued the complex ranging from smaller issues unsatisfactory paint finishes, broken doors, missing lock components, and faulty toilets all the way to faulty/missing lights in rooms, sinks that leak and spray water everywhere and even broken windows, caused by the builders on site. 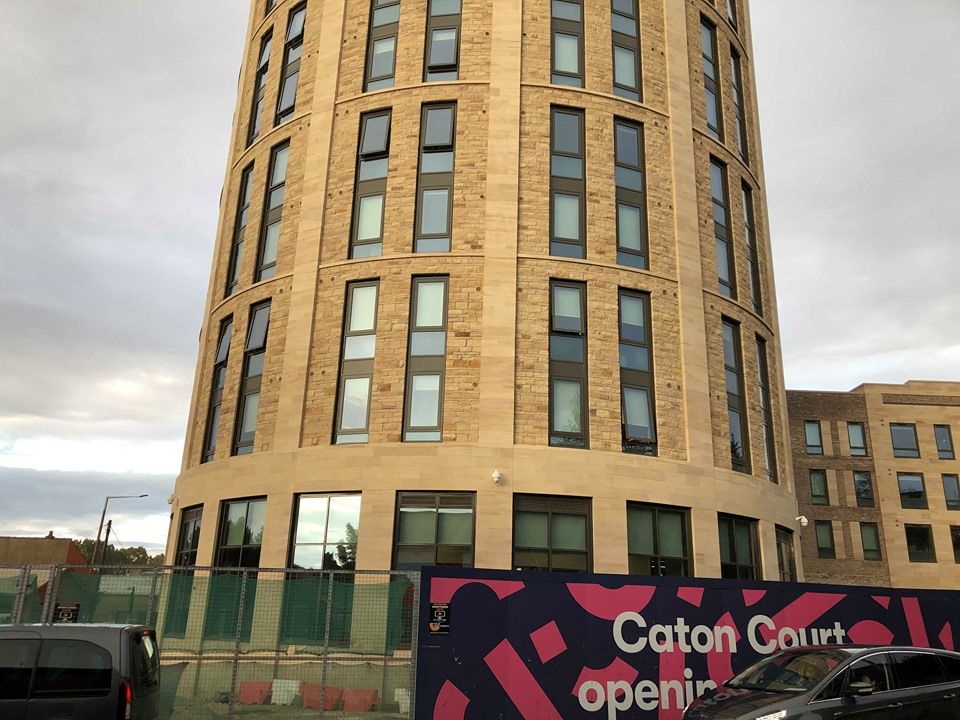 In addition, one broken toilet was left unaddressed for a whole week, forcing the resident to continually use the 9th floor sky lounge bathrooms instead of their own.

Fire alarms I know have been discussed a lot with Caton Court, and rightly so. To have alarms go off at 2am for no reason (sometimes multiple times a night) is ridiculous.

One fellow resident told The Lancaster Tab: "There was a particular incident with a fire suppression barrier, trapping the residents of Castle Block in the building’."

With protests already being held against Caton Court and its lacking standards, it seems the confident prospect that it once held is no more. In my humble opinion, one day I feel that Caton Court could be a sublime living space for Lancaster students. However, in its current state, I believe that Aparto should have postponed the opening of the complex until it was actually built.