Students, staff and locals join together to protest global warming and climate change

Thousands of people, from students to local activists gathered both on campus and in the city centre to protest the lack of action being taken to prevent climate change and global extinction. 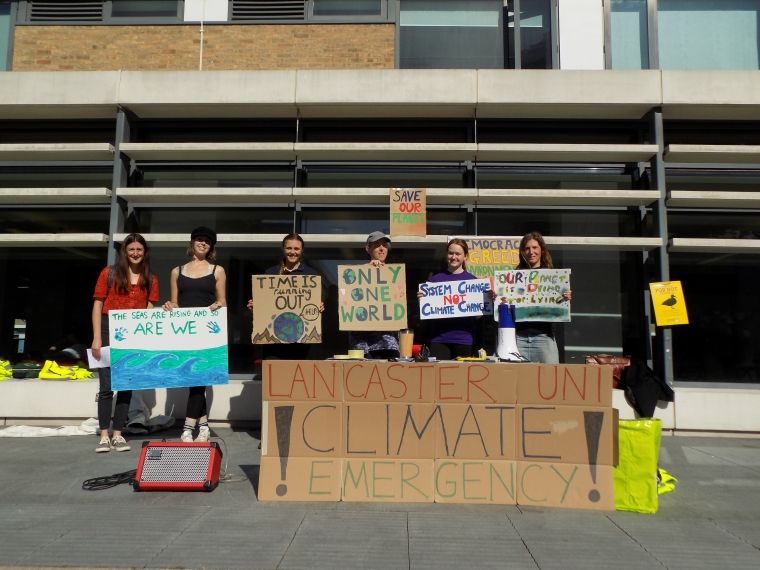 On campus, students and staff formed a large group in Alexandra Square to protest climate change and call for the university to declare a state of climate emergency. The strike was organised by Lancaster University Climate Emergency, a group made up of academics, post-graduates, alumni, researches and undergraduate students. 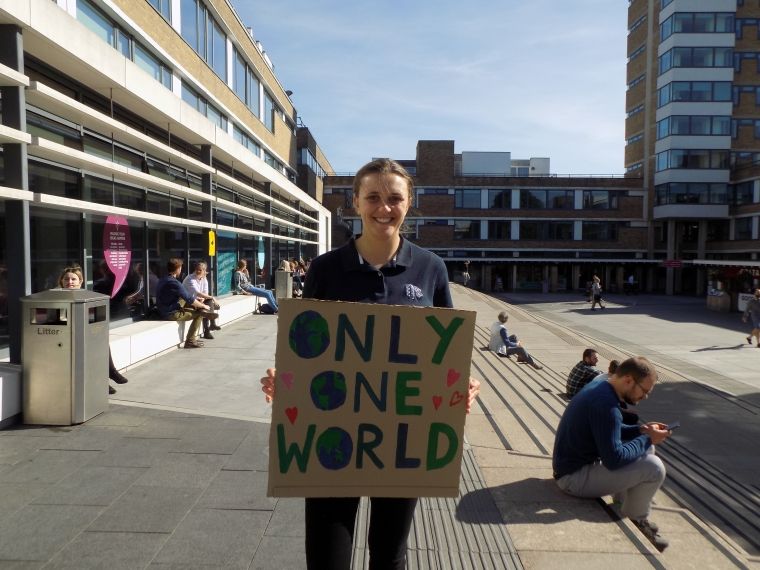 Victoria, a third year student aided organisation of the protest and when asked why she thought it was important to take part in these strikes said: "Personally I study Environmental Science, what is the point in studying biodiversity and habitats if they're not going to be there in five years time?" 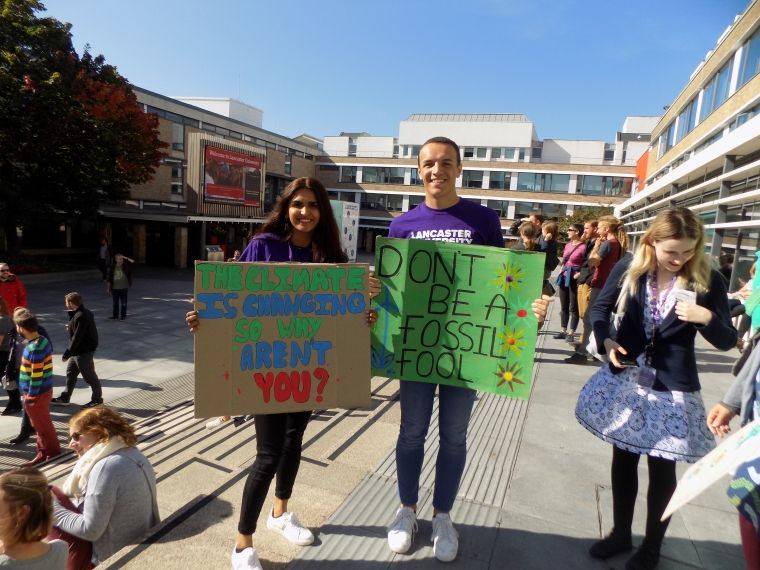 Both Grishma and Lewis made signs to support the protest.

When asked about her sign, Grishma explained that it was "thought provoking" and believes that change starts on an individual level. One example she gave was the fact she became a vegetarian after witnessing last month's Amazonian fires, saying "environmental issues are so important and people have neglected them for too long. We don't have long to save the planet"

Lewis' sign calls for a end to the use of fossil fuels and for more investment in renewable energy resources. Lewis himself stated that "people have to stop their apathy and start seeing that we're killing the planet". 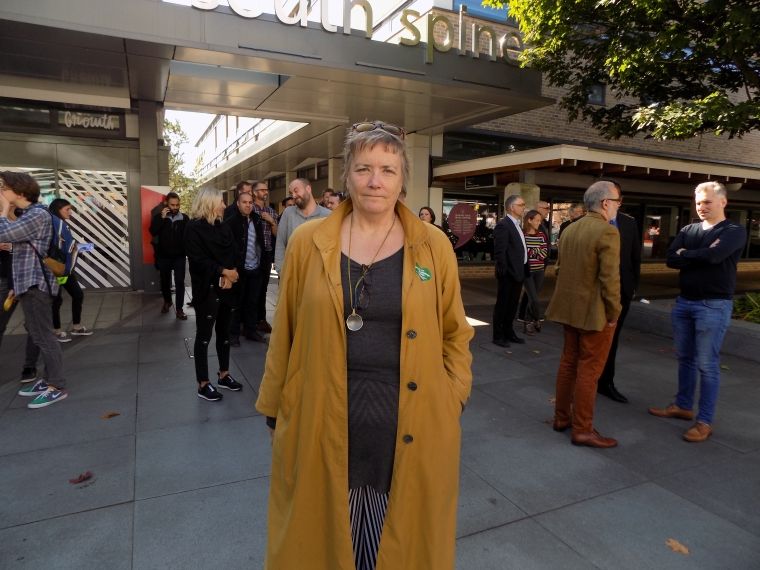 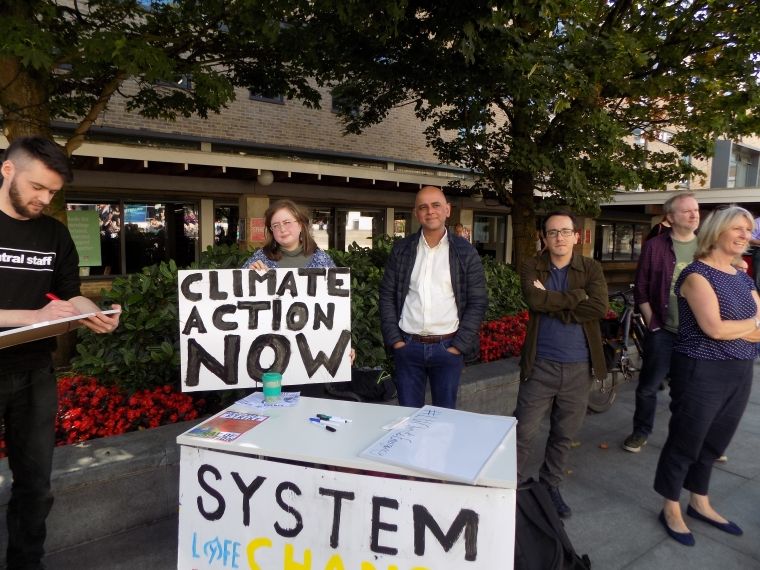 Miranda Barty-Taylor later told The Tab "Lancaster University Senior Management cannot do anything about the 200 species that are going extinct every day, or the 30 football pitches of trees being cut down a minute, but what it can do – and what we're out here today asking for urgently – is for environmental sustainability to be embedded into every strategic goal, so that every choice made considers the impact on the world around us." 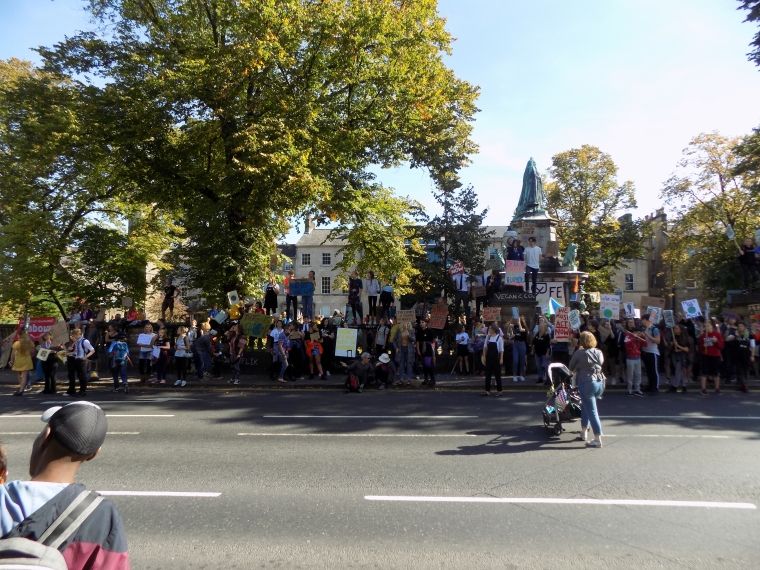 At the same time as the protest on campus, a protest was also taking place in the city centre, with students from the local highschools and colleges participating with chants and signs. 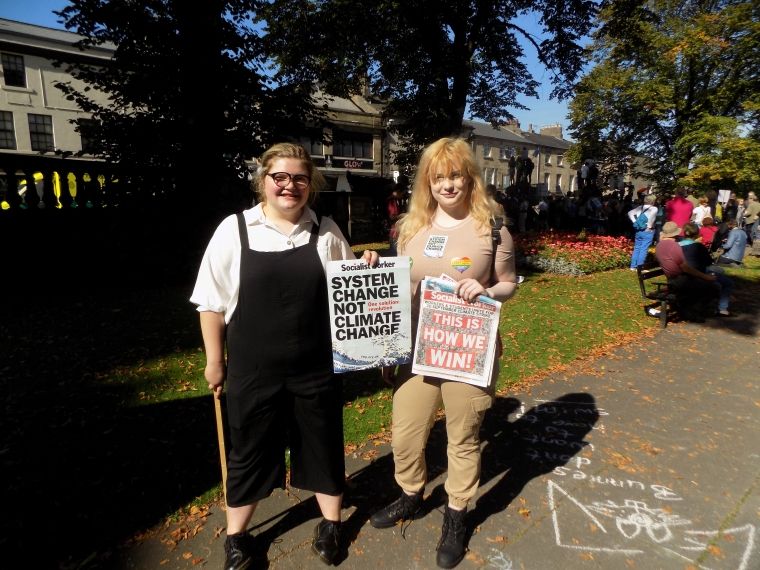 This idea was repeated by Amelia and Davan, who were asked why it is important for young people to protest said that young people "need to be the change we're shouting about" and that "it's important because it's our future, it's not the government's, it's our responsibility." 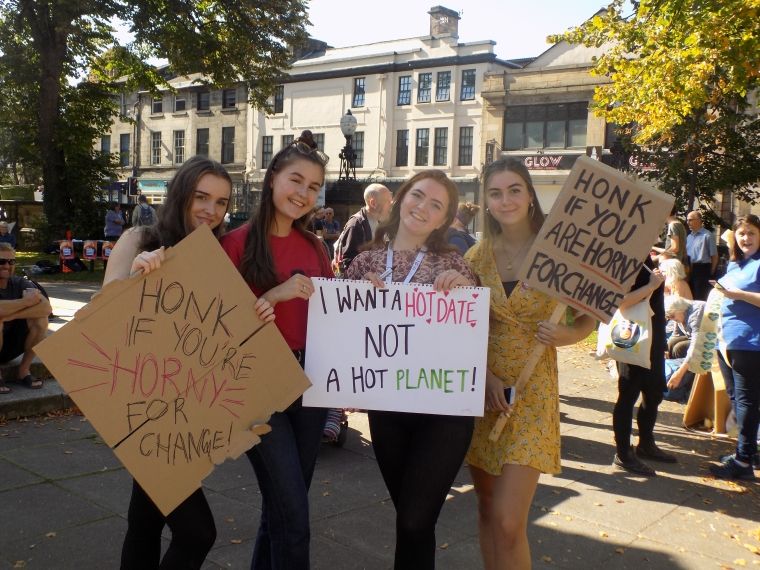 When The Tab asked why it is important for young people to act now Erin, Faye, Holly and Niamh shared their views, saying

"We shouldn't have to clear up someone else's mess"

and finally "Frack off!" 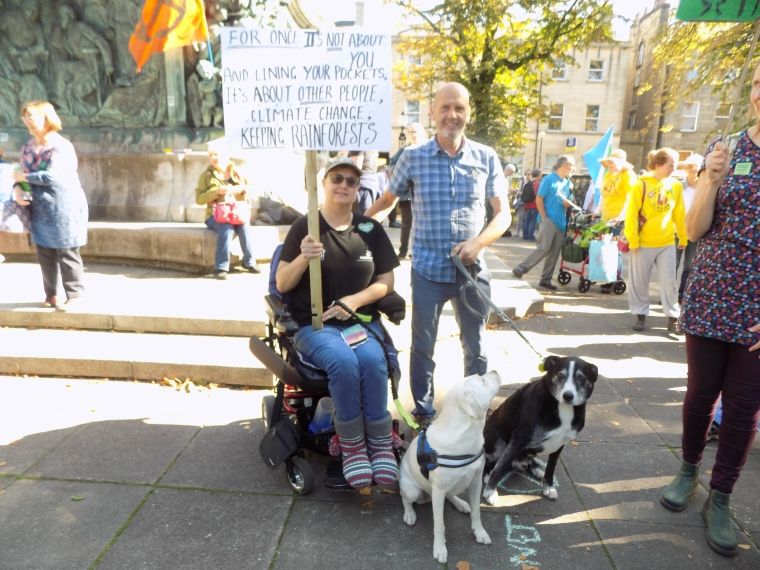 It's clear that despite personal differences, people are aware of the dangers presented by climate change and the massive impact it can have on our lives and the lives of everything else on the planet. 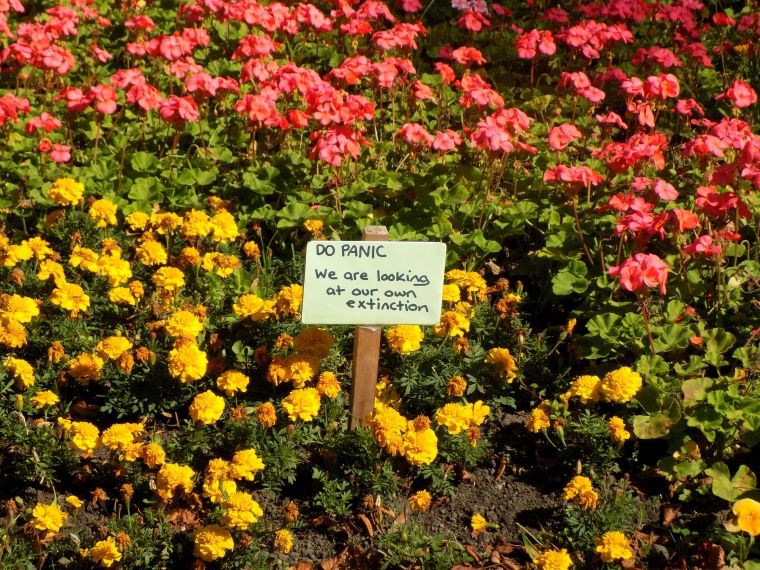 If you're concerned about the environment, Lancaster University Climate Emergency have a petition that calls for the university to declare a climate emergency.