Laundry thieves on the loose

Name something worse than Circuit? It has to be this

What's the worst thing about being a student?

a) Not finding a seat in the library?

b) An overdraft you can only hope to one day get out of?? or

If you chose the latter, I'm sorry to break it to you but there's something worse than Circuit and they're hiding among us. 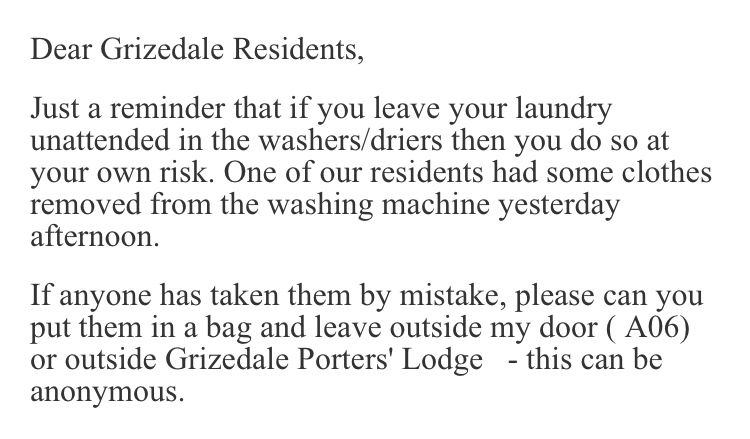 Screenshot of an email circulated in the aftermath of the latest round of thefts.

What has the world come to!

Of course, the first thing that comes to mind is why don't you sit and wait for your laundry to finish, but in some launderettes (Grizedale, I'm looking at you) this isn't possible due to it having the floor space equivalent to a Superior En-suite bathroom.

Reports of theft have been well-documented across campus. In addition to emails, they're also being circulated on Facebook, and quite rightly-so. Hopefully these updates will make the laundry thieves less likely to steal your clothes! 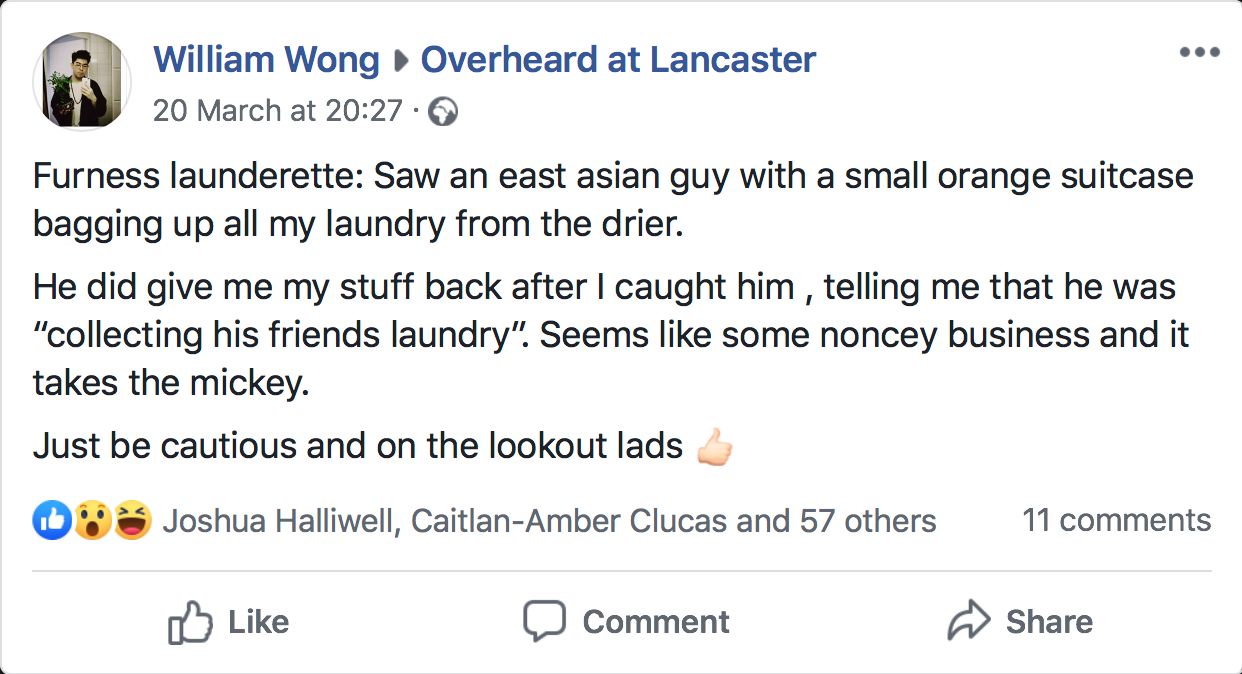 Word being spread on laundry theft

From the laundry victims themselves…

A first-year from Lonsdale, who's experienced such laundry theft, remarked that their "underwear was stolen", and that they "feel violated and creeped out".

Quite frankly, this kind of behavior is disgusting and it has to stop. Come on Lancs students, stop stealing laundry (and milk) – it's not cool.