Lancaster University graduates have been named the most employable, according to data from the QS Graduate Employability ranking for 2018.

Lancaster Uni tops the table, with 95.9 per cent of graduates finding a job within 12 months of graduating. The University of Aberdeen is joint top, closely followed by the University of Surrey at 95.5 per cent. 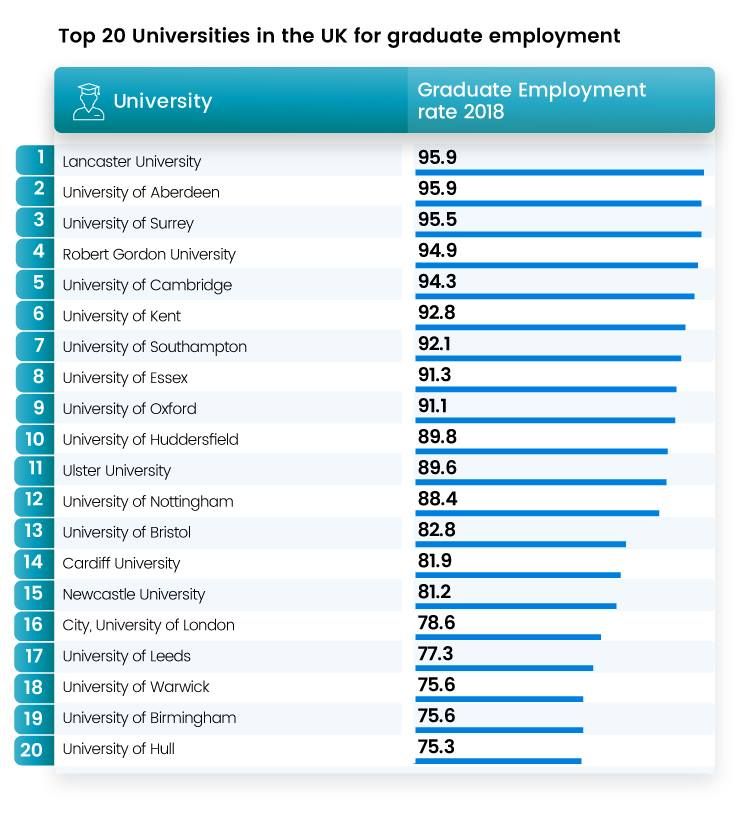 Lancs beat both Cambridge University, who have 94.3 per cent of their grads in jobs 12 months after finishing uni, and Oxford University too who sunk below with 91.1 per cent .The Universities of Huddersfield and Ulster University sit at the middle of the table with 89.8 per cent and 89.6 per cent respectively. At the bottom of the table are the University of Leeds, Warwick, Birmingham and Hull, all with a graduate employment rate of below 78 per cent.

This comes as another boon for Lancaster University following being awarded the University of the Year by the Times and Sunday Times Good University guide 2018.

So there you have it, Lancs is crushing it. You officially belong to a Uni that has better grad prospects than Oxbridge, wear it like a badge of honour.