As I’m writing this, I can already see the torches and pitchforks. Like most people, I started this roller-coaster of an election irritatingly pro-Bernie, because who doesn’t like free stuff right? Hillary was always gross and I thought Trump was kind of hilarious because I love to watch things burn: to me the worst thing about bonfire night is that it’s a controlled flame.

My disenfranchisement with Bernie came in two parts. First was during the debate when the moderator handed Bernie a literal nuke and he was too green to use it. Those weren’t ear-rings Hillary had on, they were Bernie’s balls, I’m surprised she didn’t have them in pouch in her pantsuit. Honestly though, I had never felt so betrayed in my life. How can someone claim to fight for you when they won’t fight for themselves? It was pathetic. 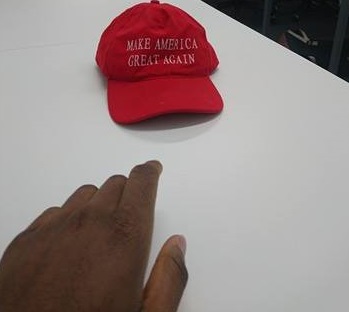 I feel it calling

What really turned me away was when he gave her the endorsement. Apparently he only did it because it was cheaper than personally flying around the world and giving each of his supporters a kick in the balls. How can you justify praising and campaigning for someone you’ve been talking shit about for a year straight? That would be like ISIS running errands for the Pope. I knew all politicians were corrupt but Bernie’s different. Not Bernie right? Wrong. In that moment, I realised how girls who date older guys that ‘just get them’, feel.

I tried to be open-minded and listen to Hillary talk but it was like being in the waiting room of a GP. So I just started to ironically support Trump. At first it was a good laugh but then I really started listening to the guy and he was saying a lot of stuff I agree with. I want to say his policy is what really turned me but it wasn’t. It was the fact that the entire establishment (the one that had just dumped my hopes and dreams) were trying to tank this guy, and they couldn’t do it. 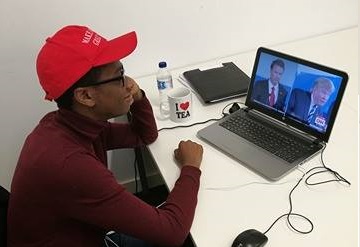 Watching the ‘bought media’, crooked politicians and special-snowflake regressive ‘progressives’ having a collective shit-fit has honestly been some of the most fun I’ve ever had. The schadenfreude was better than Brexit. From freaking out about the wall, to the Muslim ban, to burying Bill Clinton’s numerous rape allegations and Hillary’s complicity, people have become bloody zealots this year. Trump has survived three assassination attempts, three! That’s more than Adolf Hitler, Kim Jong Un and Justin Beiber combined.

Between WikiLeaks and the FBI Investigations the election has become a soap opera for me. I have watched at least 60 Trump rallies at this point. I sit in bed in my pyjamas with hot cocoa and my Make America Great Again hat on and watch a rally every day, and it’s fantastic. I join in the USA chants, tear up when he talks about the future and heart every Trump Facebook post. I don’t argue with people on social media over it but I have started deleting people for saying anti-Trump stuff. And these people aren’t acquaintances, they’re friends I known for years. 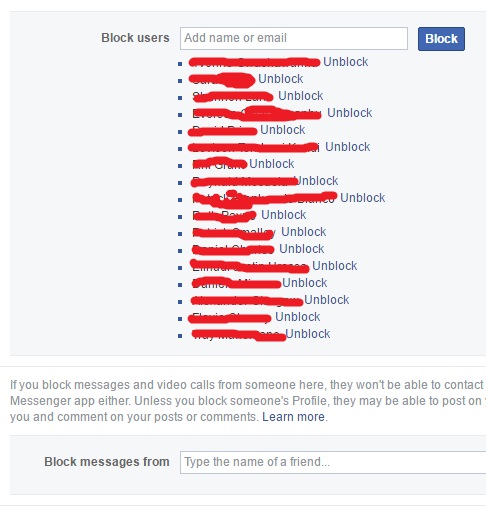 By the way, I can see the irony in me calling others zealots

When I do take the bait and argue it’s always in real life, and apparently, my name is Tom and I’m an Uncle. You know how I know Trump’s not an actual racist? I’ve never seen an actual black person offended by Trump. All my liberal black friends – even my family who don’t like Trump – don’t think he’s a racist. It’s his bombastic arrogance they don’t like, like hating Kanye.

It’s always white people being offended on my behalf so they can feel cultured for being ‘down’ with a black guy. 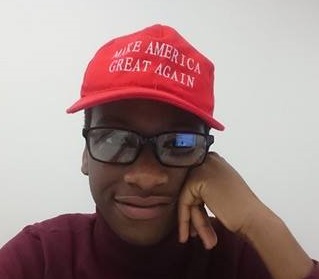 As a legal immigrant I have every right to want a wall because there’s a waiting list to enter a country. You don’t get to just waltz across the border because you can prove you’re not a terrorist, you still have to wait. There are 4.4 million people waiting to get citizenship to the US for example. So crossing the border illegally is like cutting to the front of a 4.4 million person line. Can you imagine if someone cut the line at Greggs? The queue to enter America is at least twice the size of the queue at Greggs. 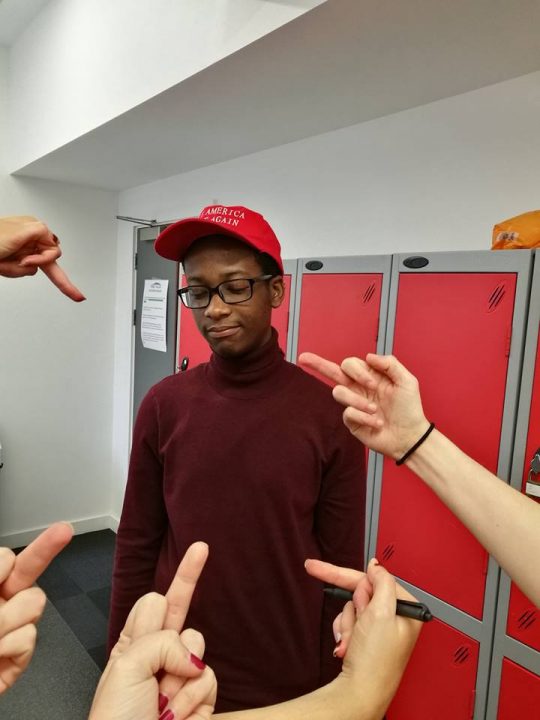 In all seriousness, for the last couple of months this election has left me with an existential dread every time I try to sleep because I know that a Hillary presidency means war with Russia. We’ll be dragged in because of NATO and I don’t understand why no one is talking about this. Seriously, check RT, it’s like Putin hired the guys from Mad Men to hype WW3.

Whatever happens in this election, I can always move back to Zimbabwe instead of to the US. At least the people there know they’re in an oligarchy.