We spoke to the junior doctors striking outside Lancaster Infirmary

As we enter the second day of the unprecedented nationwide junior doctor strike, in opposition to the controversial new contract to be imposed on them by Health Secretary Jeremy Hunt, both sides seem to have deadlocked. The BMA shows no willingness to accede to the contract, and Hunt has refused to even meet with the junior doctors. Caught up in the middle are the patients, being told by one side that they will be safe, even during the strike, and the other that the reckless junior doctors are putting their lives at risk.

What do the next generation of junior doctors, whom I met at the strike outside the Royal Lancaster Infirmary, have to say for themselves? I spoke to Matt and Corinna, both fifth-year med students at Lancaster University. 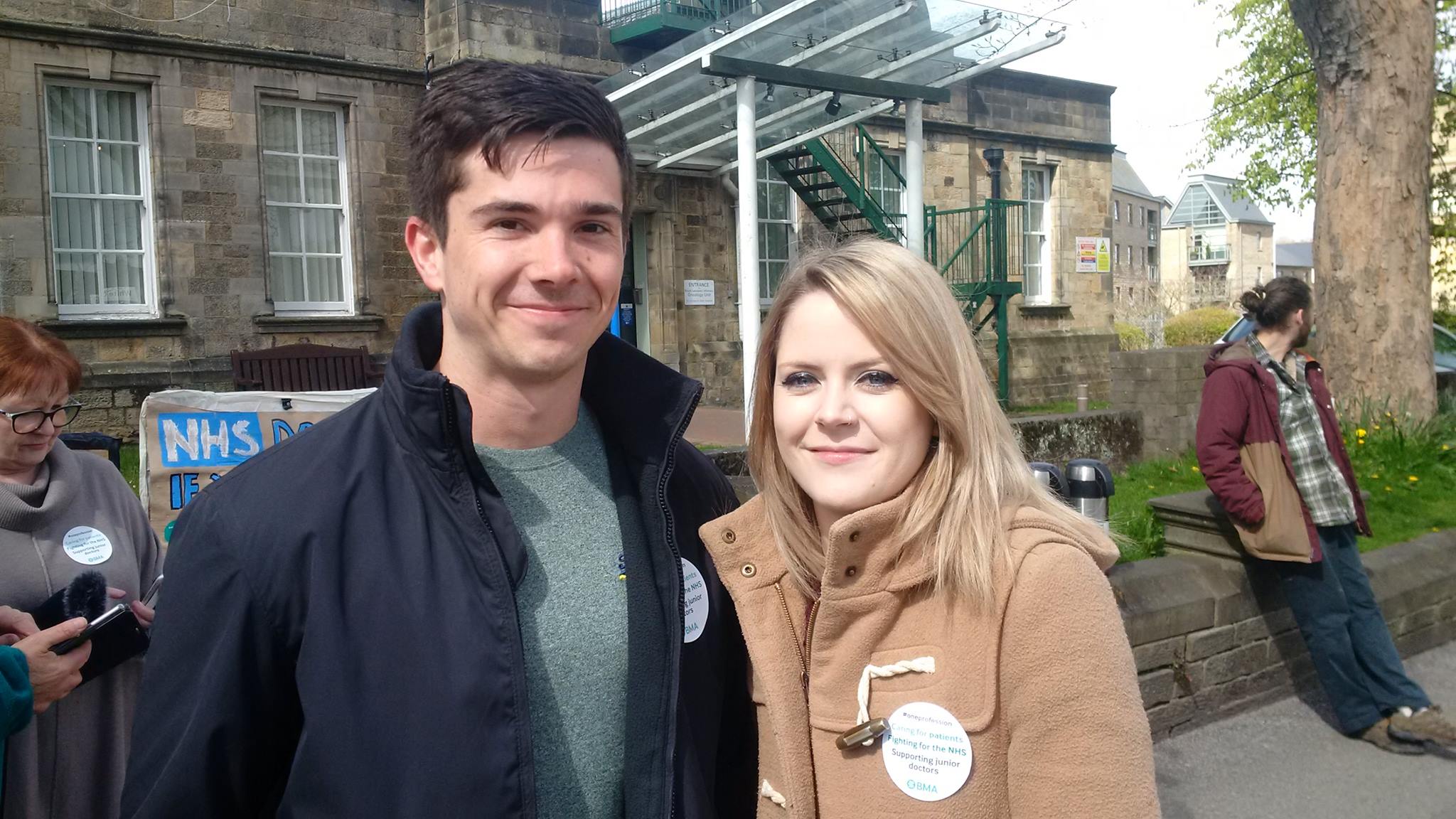 Are you guys sure the uni won’t mind this? You can be anonymous if you want.

Matt: I suppose we’ve got to be allowed to speak our minds, don’t we?

You’ve spent the last five years training to join the NHS. A common issue brought up is that, as working in the NHS becomes untenable, doctors will go abroad and take their skills with them. Would you ever consider that?

Matt: I have no idea.

Corinna: I learnt to be a doctor because I wanted to join the NHS.

Without expecting to rattle off a list of completely sound government policies off the tops of your heads, the BMA leaflet says that “We agree with the Government that there is a financial crisis in the NHS. We don’t believe penalising junior doctors is the way to solve this”. What would you suggest as an alternative?

Matt: What Hunt doesn’t seem to realise is that we already have excellent medical care, available seven days a week. We’ve both worked night shifts on A&E. In my experience there are plenty of doctors on weekends, but not enough—say—radiographers.

Corinna: Yeah. They’ve never linked the poorer care on weekends to junior doctors. I’d say it’s to do with shortages of other staff, like nurses and radiographers. 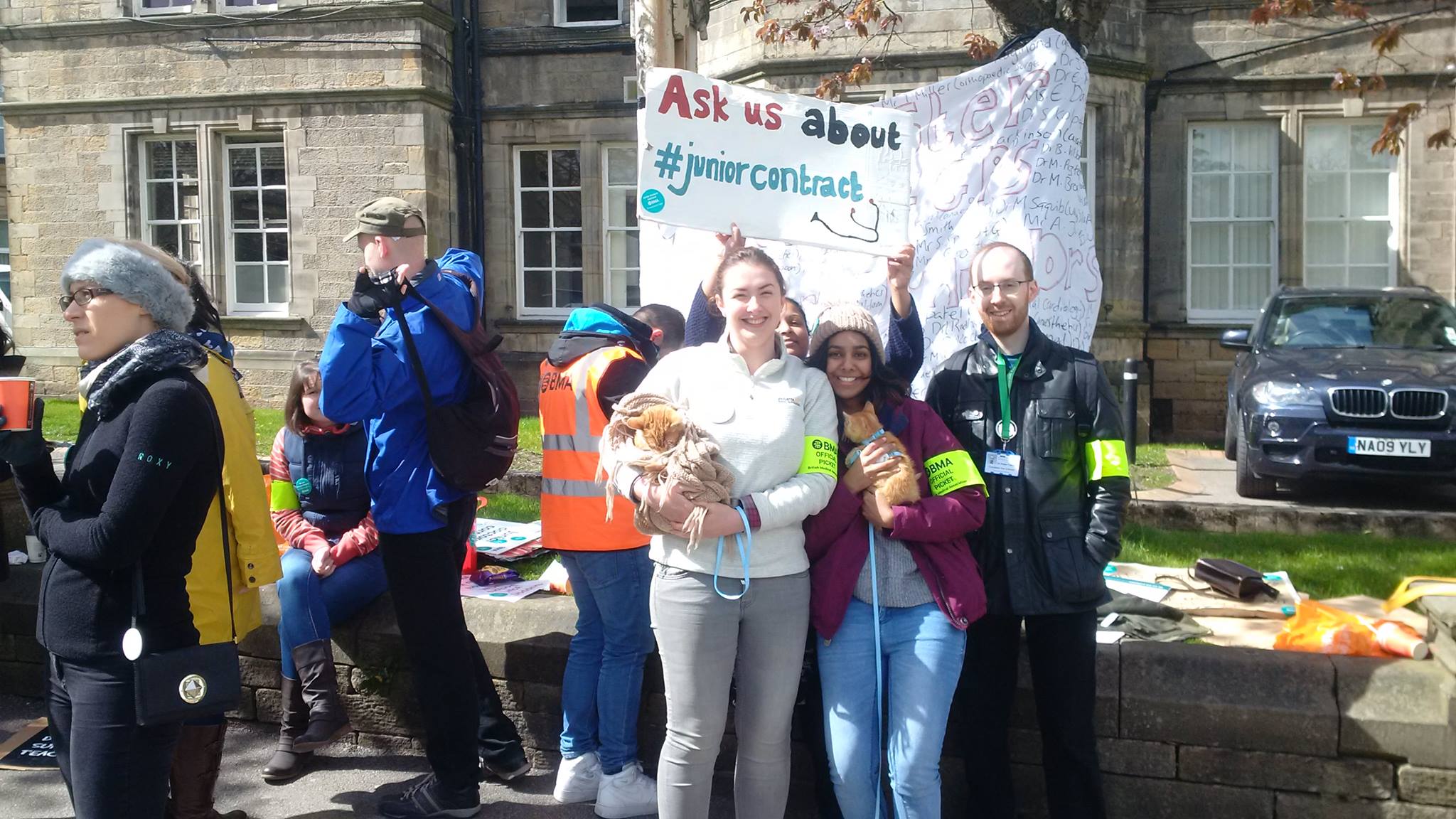 Matt: Most doctors work over their contracts anyway, in my experience. When they say they’re leaving at 5, they don’t really leave until much later. And there are already gaps in the week-time cover. If we can’t fully staff five days a week, how can we staff seven with no more doctors?

Corinna: I think what Hunt wants is an seven days a week elective service, as in you could choose to come in for a hip replacement on a Saturday. But it’s been proven that nobody wants to go in on a weekend. GPs say nobody turns up to weekend appointments.

Matt: It all sounds like an election promise that they’re trying to follow through, with no thought.

The leaflet also claims that “[t]he government’s own assessment of the new contract shows it will discriminate against women doctors”. Why is that?

Matt: A government department, I think the Government Equality Department or something, released a report saying that even though the contract would disadvantage women and single parents, the ends justify the means. There was no real explanation as to why.

Corinna: The new hours would make it difficult for anyone to raise kids and be a doctor.

Matt: I can’t see how they can justify that.

It also states that “Many doctors will lose around £7500 per year”. How would you respond to accusations that this is all about money?

Corinna: I wouldn’t want to work in the US health service. No-one gets into a career in medicine to make money, they get into it because they want to help people. If we wanted money, we could be studying to become bankers or something. We’d probably be making more money than as doctors, but it’s not about that.

Matt: We don’t want to work in a private healthcare system. If this was all about money, we’d all be out here chanting “Privatise! Privatise!”.

The 98% support in the vote for BMA strike action is astonishing. Any idea what the turnout was like? My only union frame of reference is the NUS and, well…

Matt: It was something like 70-80 per cent [Note: it was 78%]. I also think it’s important that even though we’re students, junior doctors who have been at it for years and know the system, inside and out, are here too. We even have a banner listing the consultants who support us, and they’ve all been happy to come in yesterday and today to ensure the place can keep running. 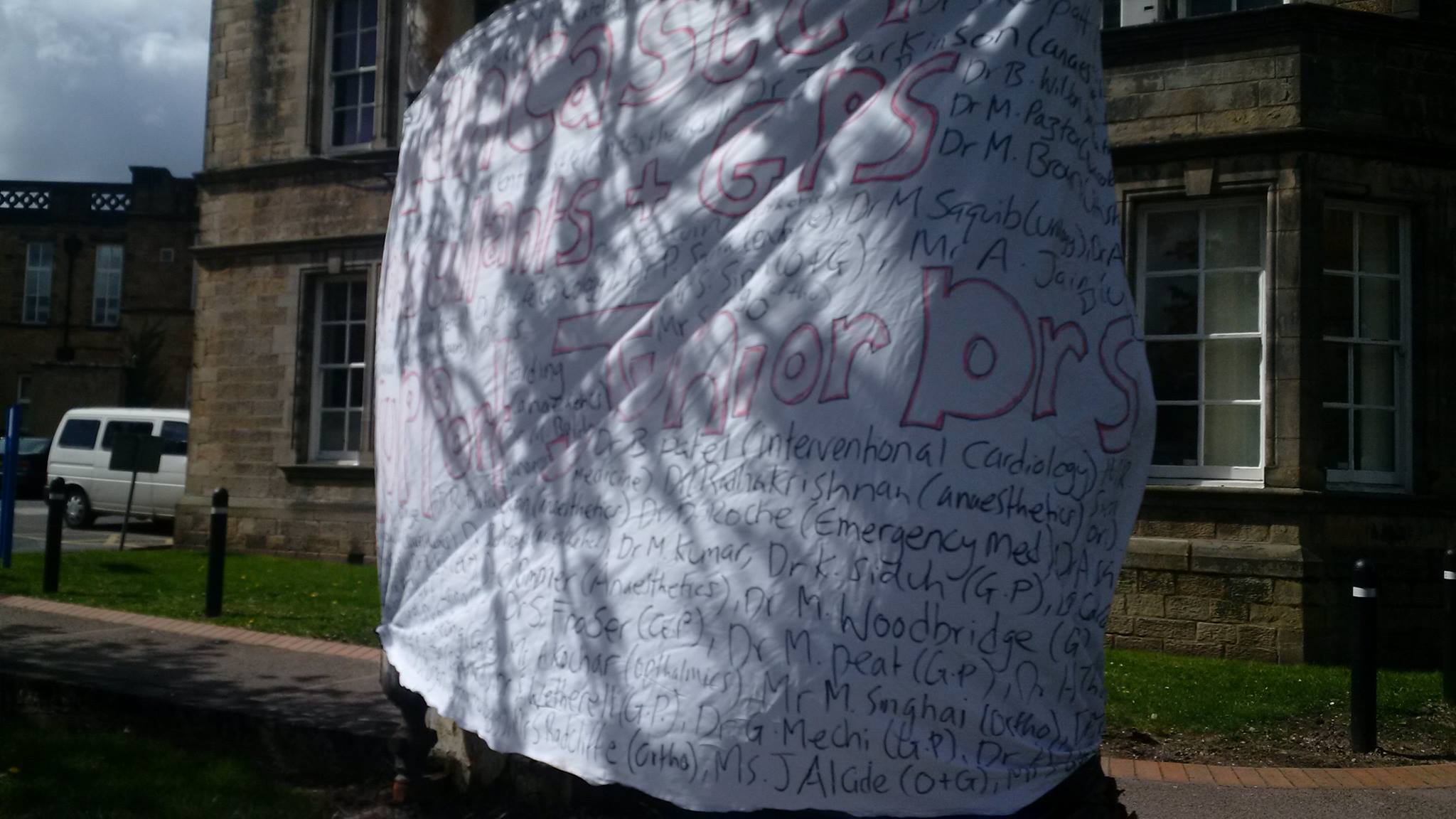 The consultants’ banner of support

The leaflet states that the BMA “believe [the new contract] is a measure to transfer patients to central hospitals, enabling smaller hospitals to be closed”. If that’s the case, do you think Royal Lancaster Infirmary would be at risk?

Corinna: You can’t close smaller hospitals, patients would have to travel long distances for emergency, which would put them at risk.

Matt: It wouldn’t work in rural areas like this, where everything’s so spread out. Maybe it works in Manchester, where every hospital’s about 10 miles away. But not here. As for Lancaster, we’ve already lost trauma, vascular surgery…

Corinna: Oncology, renal and stroke have been moved to Preston.

Corinna: This doesn’t just affect junior doctors, it affects everyone. Patient safety is everyone’s issue and they need to be aware, and to not listen to certain sections of the media…

As I took my photos, I got to talking with another junior doctor – an F2 who had trained at Lancaster Infirmary and had worked there for years. “It’s not ideal, is it?” I asked.