Why everyone should go to uni in the North of England

Maybe not for chips and gravy though

Ahh the North! The Beatles, Michael Owen, The Doncaster Racecourse. The North was always a place of wonder for me, as a small child growing up in East London, like Narnia but with more Greggs.

When I came to Lancaster, all I knew was getting rammed by angry London mums with prams and chicken shop hot wings, but as time’s gone on, I feel like I can appreciate the North in all its glory. 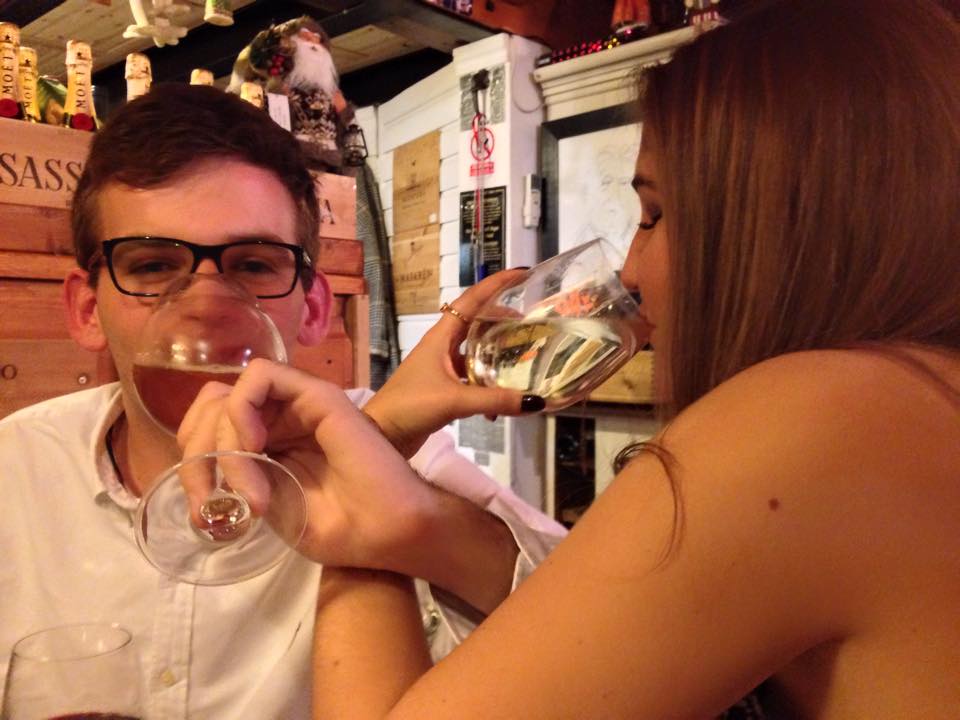 Getting your five-a-day, the Northern student way

The booze is cheaper

If you are an alcoholic or a Northerner, big volumes for small prices is really your ultimate goal in life when it comes to alcohol. With much of the Northern landscape exempt of macrobiotic kelp ales for £10.50, it’s a lot cheaper to get drunk, red faced and shout-y, as is the way in the North.

According to a recent survey from vouchercodes.co.uk’s annual Price of a Pint index, the combined bill of a vodka and mixer, a pint and a glass of wine (the holy trinity of liver damage) is cheapest in the Leeds area at £6.00, closely followed by Manchester’s £6.35, which is great, because if you’ve got more money left over, you can buy more booze with it. 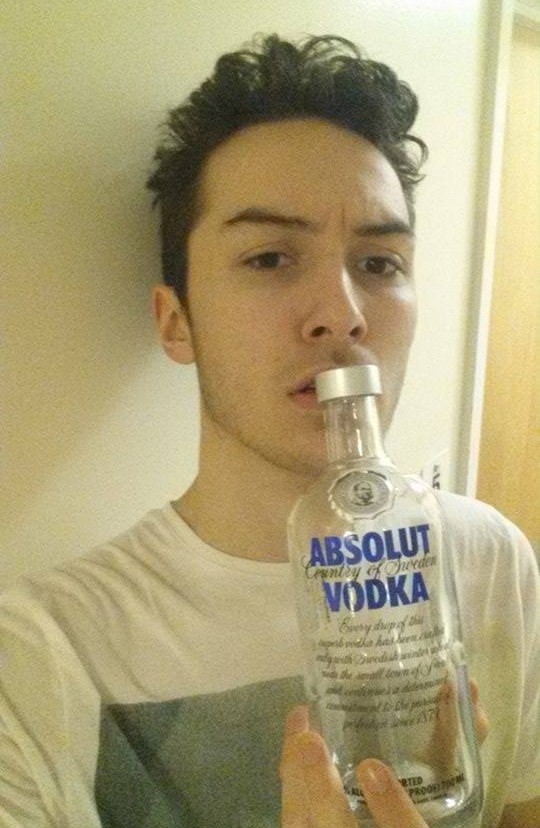 A strong concentration of Vodka in the system

In fact, all intoxicants are pretty abundant

The North is pretty much the Ketamine capital. It’s really not difficult to find up here. Your lecturer is very likely a dealer.

And there are more fields to do drugs in too.

There are lots of Greggs

One in five shops in the North probably sell sausage rolls if you ask nicely enough. It seems that everywhere you go is looking to make you bleed pastry internally, there’s a chip shop on every street corner too.

Who needs a Boots apparently, when a bacon butty has all the vitamins you need? 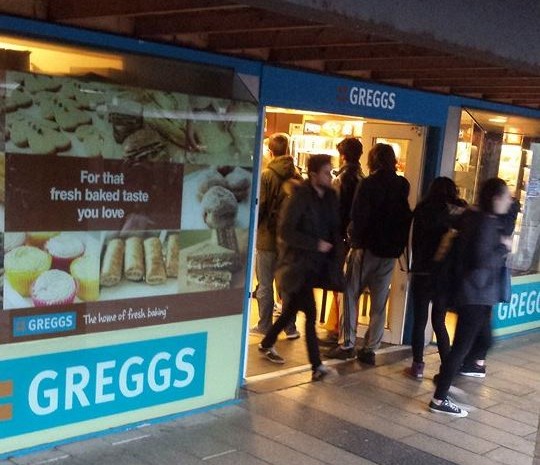 This is a quiet day as well

The Tube is a distant memory

I still have nightmares about the turbulence, that overcrowded sweaty tin can, resonating with coughs.

Northern towns are smaller and although the buses come less frequency it’s nice to be able to lift your phone out in front of you instead of trying to read your texts down by your thigh like some kind of germy, public, opticians test.

A shag a day keeps the stress at bay and all that, and with boys and girls of the North fresh out of their four house villages and looking to let their hair down, the chances of taking someone home on a night increases dramatically when at a Northern uni.

A 2015 study by lifestyle website Hexjam discovered Leeds Beckett, Staffordshire University and Nottingham Trent to be among the randiest institutions across the country with another study revealing the University of Cumbria to be amongst the most sexually satisfied. 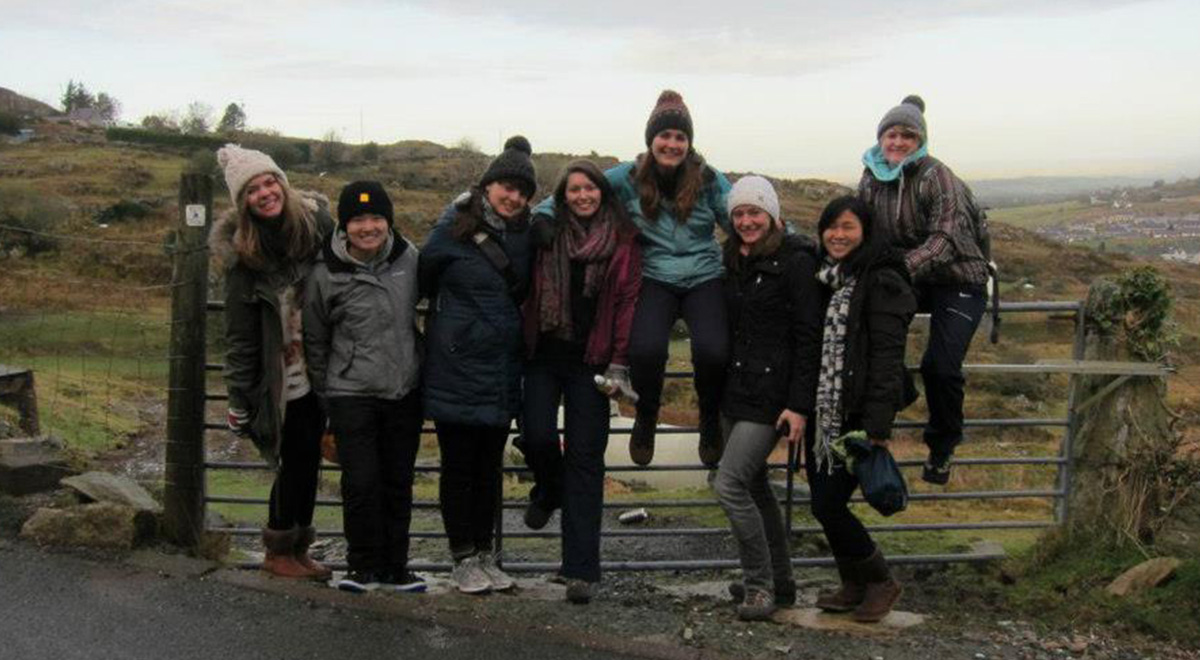 It’s good to be green

There are more open green spaces

The Lake District, the Peak District and the North York Moors to name but a small few.

Green spaces in London tend to amount to the anaemic looking trees you see sometimes on the pavement in cages or 100 metre-square parks where the swing has been ripped off its chain.

Despite living in the most populated city in the UK with its infinite transport links that arrive faster than you can say “Fuck, this bus is taking ages”, Londoners will not travel to you if you live more than 15 minutes away from them, unless it’s for a job interview or someone has died.

I wake up at my usual midday sometimes, to find my flatmate from St. Helens is getting ready for bed. 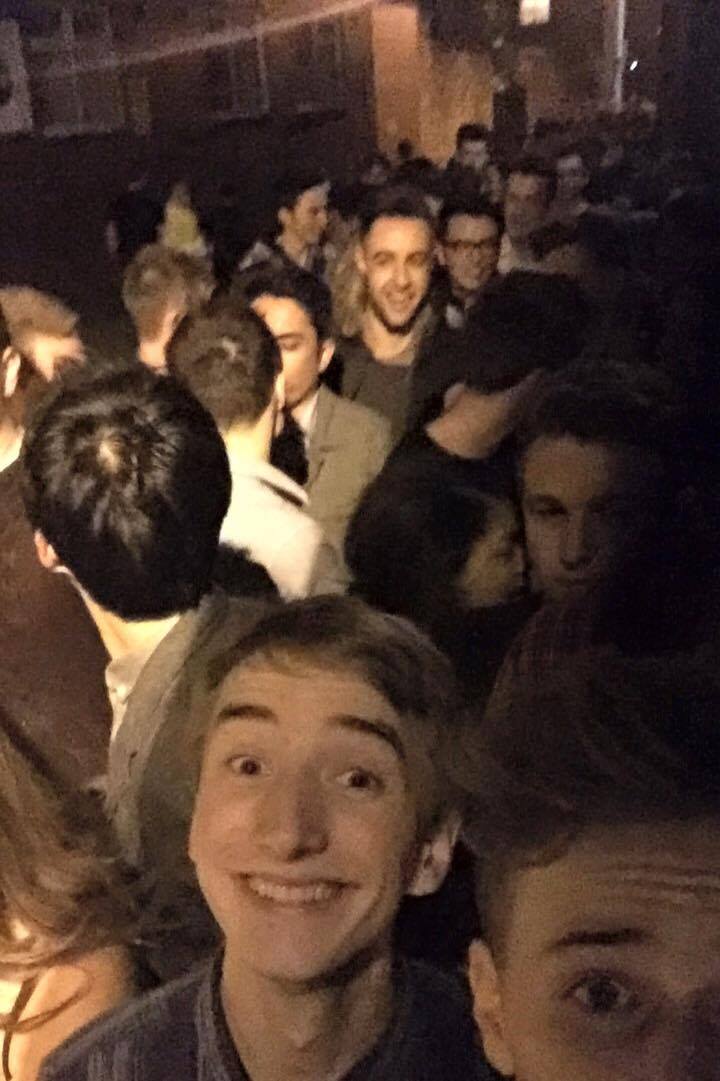 It’s possible the heavy air pollution in London has affected parts of the brain associated with social confidence for its citizens as I have genuinely had to make a conscious effort to say “Thank you” to bus drivers since coming here.

It’s refreshing to live in a place where people speak their mind. Fights actually happen in clubs which is fun to watch and with Cumbria voted by The Telegraph as one of the friendliest places in the UK, it’s a relief to know that your biggest danger in Northern streets at night is accidentally spending £30 at McDonald’s.

Home to XOYO, five-a-side AstroTurf football pitches and with iconic Brick Lane round the corner, Shoreditch is a utopia, but only really for the rich.

You can’t buy a bottle of water without the packaging being made from recycled vinyl and it costing an arm and half a leg. You’d be lucky if anyone’s heard of James Blake up North, but I’m semi-glad for the lack of hipsters here. 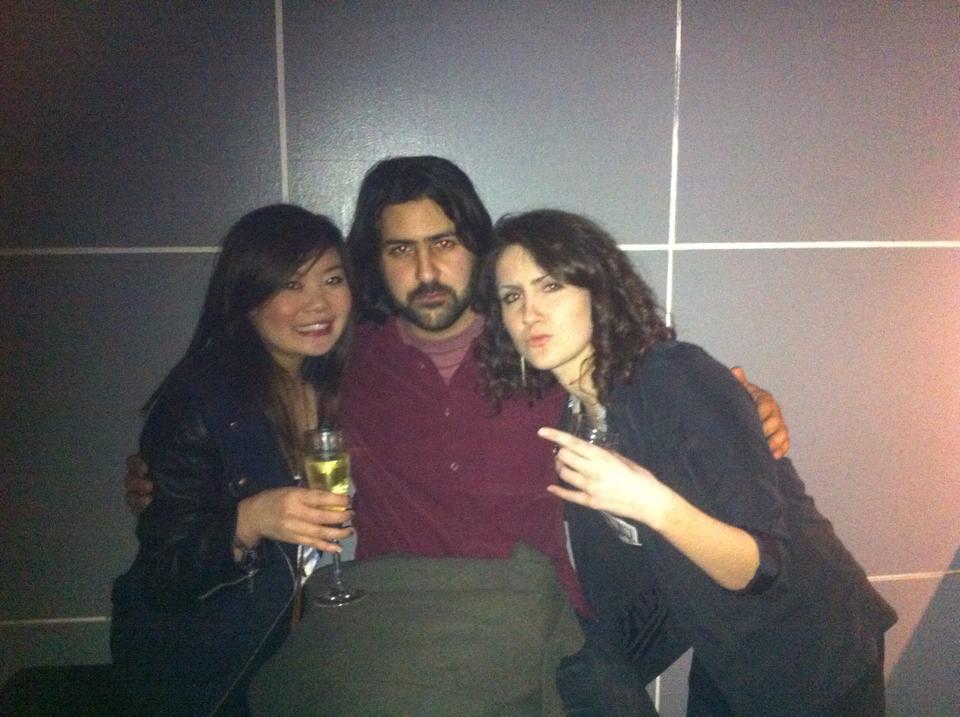 We wanted to listen to UK Top 40 anyway

The clubs are shit, but in a good way

You’ll never be Fabric, but that’s why we love you!

Shorter queues, space to dance, cheaper shots, you’ll probably hear Hey Ya! at least twice on a night out. No one’s taking themselves seriously and the plagues of open pink shirts/ suit combo twats are no where to be seen, so you can get mashed without wasting the night trying to look cool.

A lot of Northern tradition is alright

It’s a bit of a culture shock for those coming up from the capital and although some things will always be better at home, there are many leaves we can take out of the North’s book regarding values. The consistent lack of coats we all wear on nights out has probably strengthened our immune system no end. 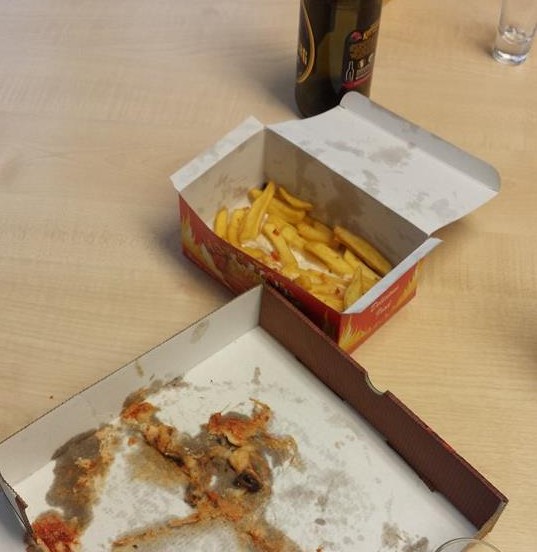 You won’t miss Pret A Manger

It’s hard to get your head around how greying, Canary Wharf commuters who wear yellow ties and glasses crave for these five pound cold hoisin duck wraps.

I too, long ago, was once a slave to their semi-healthy delicacies, and now my shackles have been undone, I’m not looking back.

People talk to each other

Trips to the barber’s are often an awkward experience for Southerners, the barber will ask if you have seen the football and if you have not, you’ll both sit in utter silence for a long time until his friend comes back inside from smoking and they chat in Turkish.

Here, while the conversation isn’t necessarily wild, getting the odd smile from a random old lady can make or break a day. 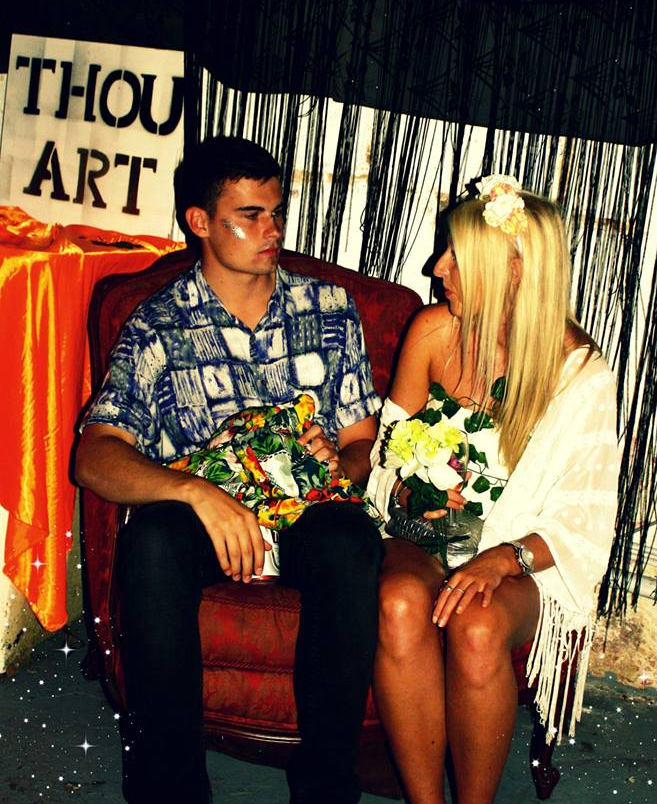 There’s still always something to do

You’ll be better at football here

Where I’m from, as a lad, you either played football or you played FIFA, with very few exceptions. Up here, you meet people who actually know the rules to hockey or got into ballroom dancing (lol) at a young age and never had many kick-abouts, digitally or otherwise.

Suddenly the 3-0 loss to your little brother’s mate, on your own Xbox, falls away, you become the flat’s resident Ronaldo. It does wonders for confidence.

Your style will stand out more

When all the lads wear Burton shirts, chinos and smart-casual shoes and the girls think wearing Doc Martens are cutting edge, it’s very easy to become a fashion guru. 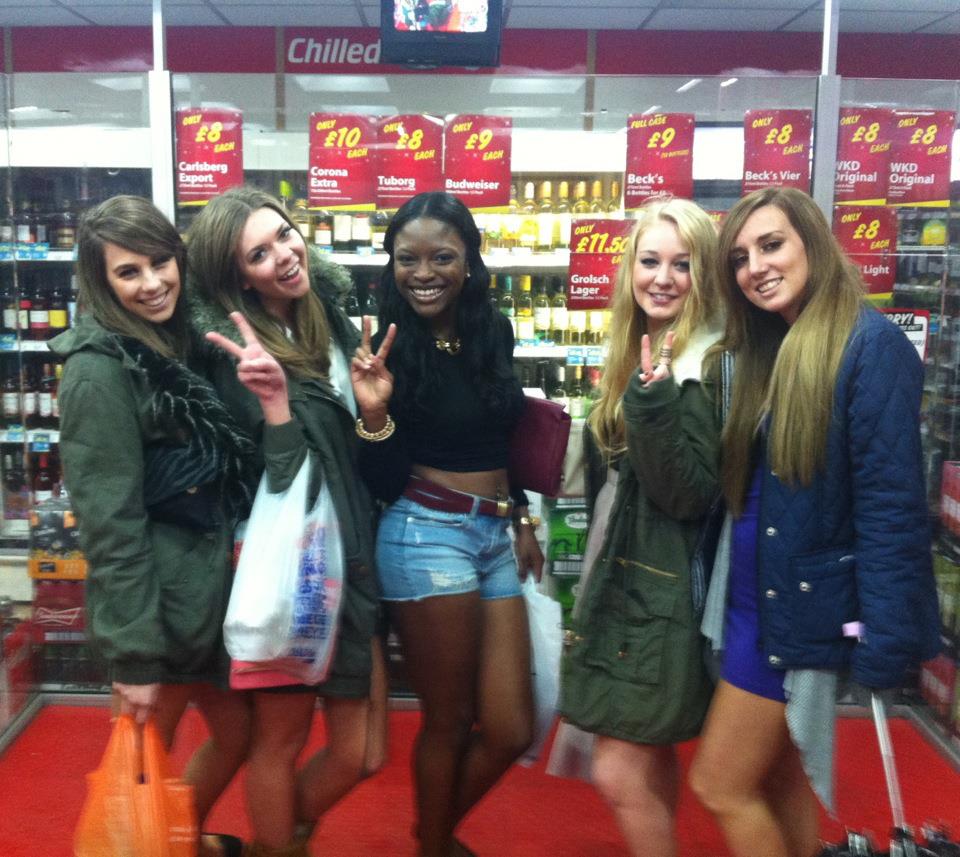 Proud of our coats

You get less strangers at the door

I am a late sleeper and late riser, as are many citizens of London. We do not appreciate being woken up to hear the word of God or to get our electricity checked when we just went to bed.

Thankfully the North is so big and rural these people could not get here without a tractor or a Virgin train pass.