A fresher who crashed an Economics lecture dressed as Iron Man sprayed everyone with Nerf Gun bullets.

After days of small hints on Yik Yak, many Economics students knew they’d ‘receive a visit from Iron Man at 2.30pm, but had no idea what that meant.

After half an hour of suspense, this super Furnessian did not disappoint: the back door of lecture theatre swung violently open and a man in an uncomfortably tight Iron Man costume gloriously unloaded an entire magazine of Nerf Gun bullets into an equally uncomfortable lecturer. 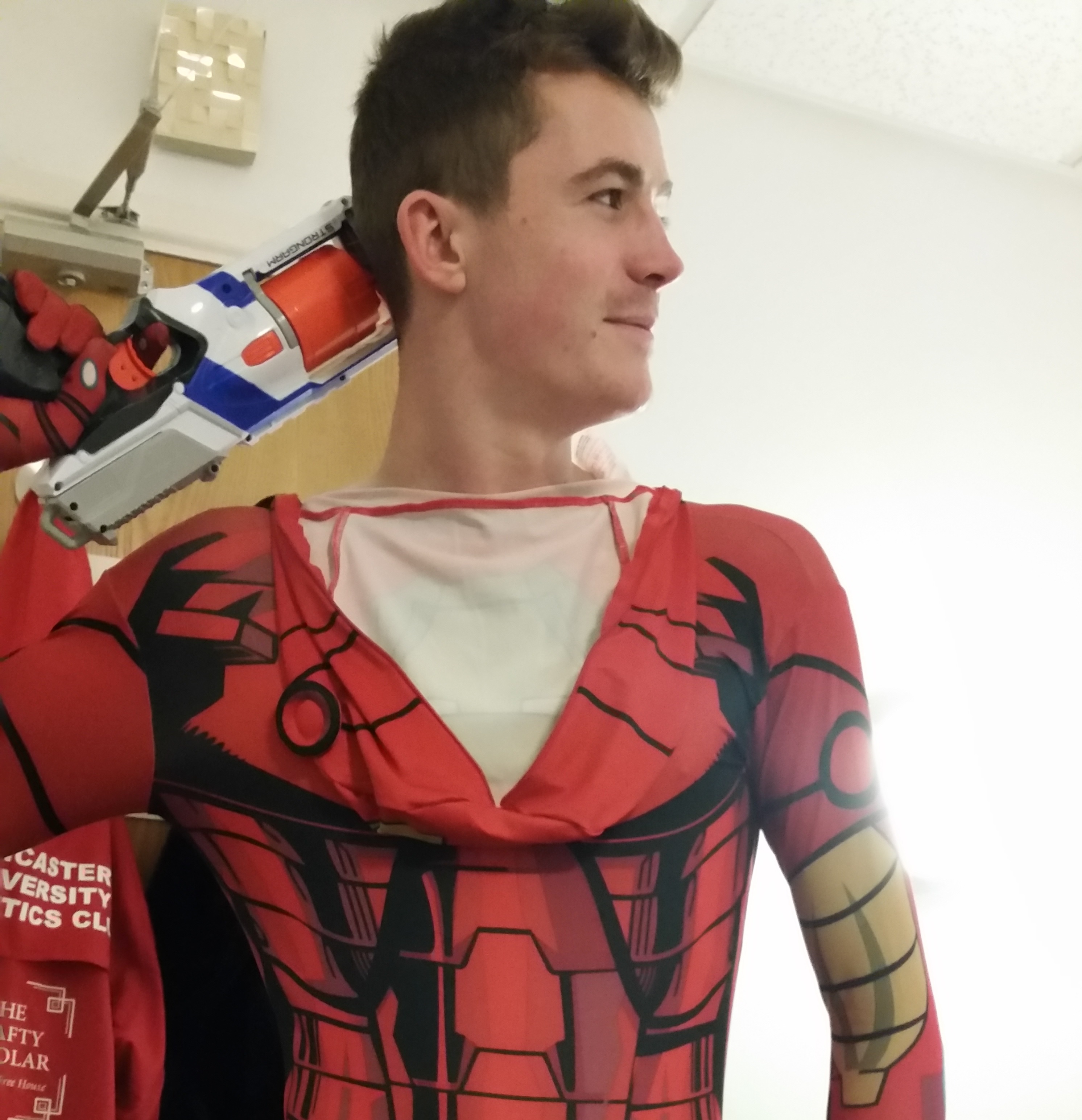 He’s not the hero we deserve

Is it painful carrying around your massive balls?

“It doesn’t seem to be, no. I’ve managed to get by with good supportive pants and a smile on my face.”

How many hours have you practised to acquire that kind of accuracy?

“Oh, many, many hours. I’ve spent a lot of time shooting at flatmates. I’ve been shooting myself regularly as well.”

You’re in great shape, what is the Iron Man workout?

“Well that starts… it doesn’t start really. I wake up and have a chocolate bar for breakfast. I have lots of sleep, sleep’s important for recovering. I try not to do too much exercise, you don’t want to wear yourself out. So I just sleep and eat chocolate.”

You seem to have quite a way with shots, would you consider yourself an alchoholic?

“Excuse me? I wouldn’t consider myself an alcoholic, no. I think I just enjoy university.” 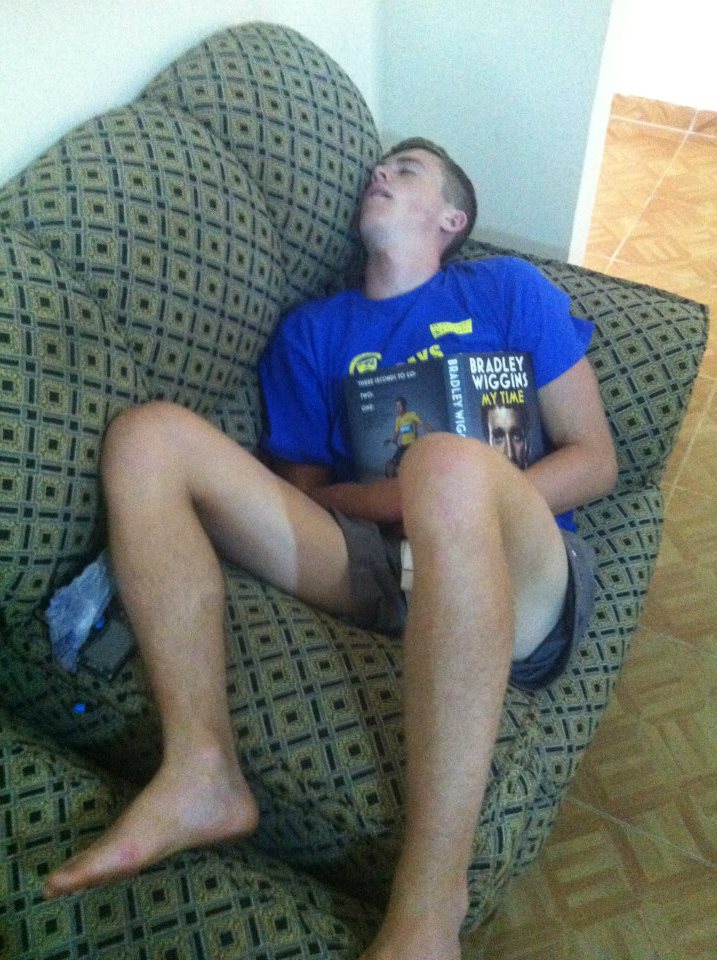 Has Spiderman earned his spot in the Avengers?

“Personally, I don’t because as Iron Man I believe that Iron Man could be the Avengers all by himself. I think he’s the avenger.”

Have you had any other metallic shenanigans?

“Not superhero based but I did once get in trouble at school for playing golf in the library using real golf balls. One did end up going through the window. I’ve been pretty quiet, pretty good, not one to mess around at uni. But did get in trouble for stealing the Greggs sign. I got caught when my drunk friend lost me in a club and went to the Porters to get access to my room where the Porters discovered the missing sign.” 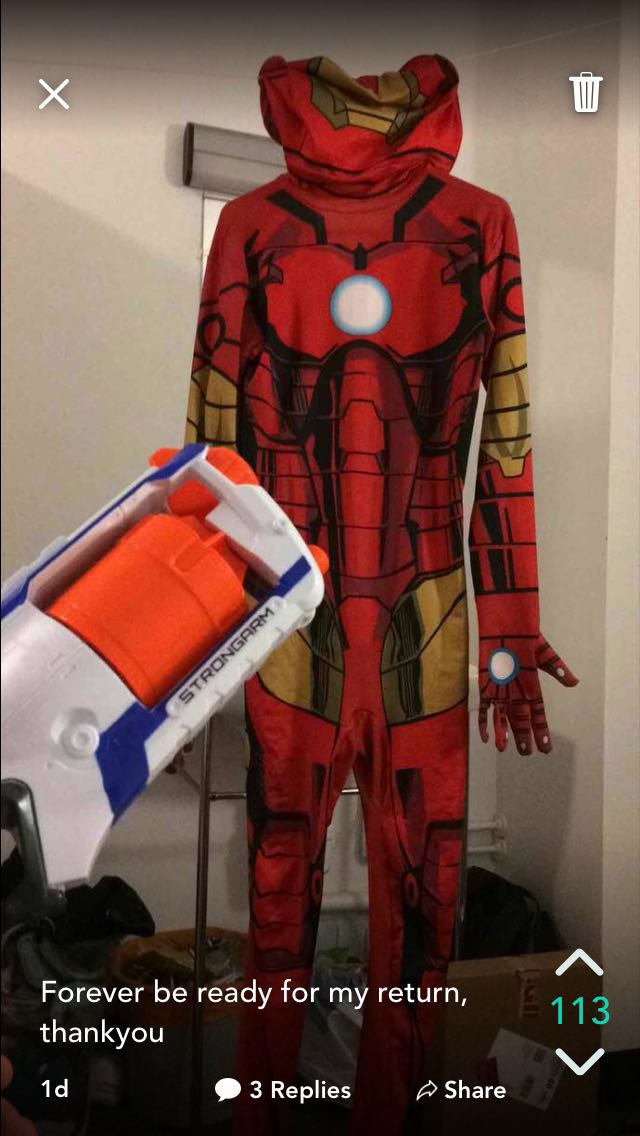 What was your most heroic act?

“I think it has to be saving the Economics students who were in a time of stress. It was the day before the exam so I hope they had a good laugh and it went well for everyone.”

Would you hold a press conference to publicly come out as Ironman?

“It depends on the public interest.”

When will you do this again?