I went on the night-shift with a Lancaster cabbie

Cab drivers: our light in the Friday night darkness and our two am saviours.

Few of us truly appreciate and get to know the men and women who sit behind the steering wheel and it was about time we gave them the recognition they deserve. I arranged a meeting with Turkish native Ozzy, a driver with over seven years of experience. 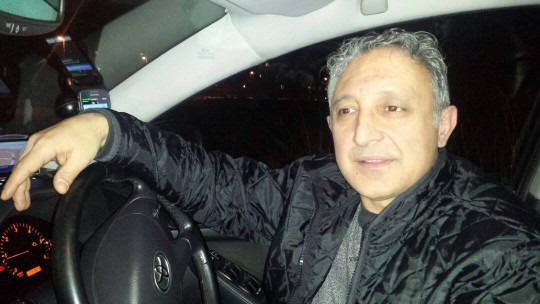 So Ozzy, how much money do you make in an average night?

“Depends, sometimes not a lot. You never know, sometimes busy, sometimes quiet but when the students aren’t here even on Saturday it’s quiet. They’re around 60 per cent of my customers.

What do you think of the students of Lancaster?

“I love ‘em,” he said, scrolling through his phone and pointing to the list of student customers he’s since added on a first names basis.

“Whenever I get locals in my cab and they complain about the students: ‘Oh they’re too noisy and this and that’, I remind them that they were once young too.

“99 percent of these students are good kids, I get ‘Happy New Year’ and ‘Merry Christmas’ texts from a lot of them all the time”.

What about the other one per cent?

“Sometimes kids can be silly, some try to do a runner and a few months ago, a girl put her bra on me. I got boobies on my head! And some of these are the same age as my kids!

“I very much like to talk to kids but when it gets to touching, that’s not okay.”

Which college has the drunkest people?

“Hahaha, all colleges the same! They all get drunk! I think it depends on if the kid is happy or angry, really depends on the kid, but I love ’em!”

What are the most annoying thing students can do?

“When kids call a cab and then get into another one that they didn’t call for it’s bad, because their name has not been registered for that cab: they are not driving insured and it wastes the driver who has come up for no reason’s time also.

“It doesn’t matter how drunk you are though, kids are kids they need to get home.”

So what do you like to do when you’re not driving a cab?

“Oh, just watch TV, movies, I like to watch comedies.

“Just to spend time with the family, with my kids, I got a daughter going to university soon, she can’t decide which one to go to, always changing her mind.” 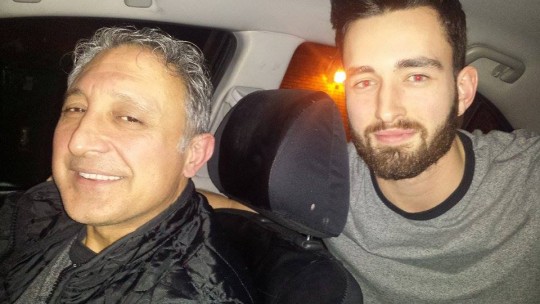 The bond between cabbie and student is a strong one

As it was a quiet night for customers, Ozzy then called up third year Matty, a long-time customer of three years.

Matty explained how he met Ozzy: “It was actually on the first or second day of freshers, I was really drunk and Ozzy found me and physically picked me up and took me home in the cab.

“Since then I’ve called him a lot, when I came back to campus early and he came by off duty and helped me carry my stuff up to my room.

I felt my suspicions had been confirmed: despite all they put up with, the highs, the lows, the occasional jagerbomb-vomit in the backseat, cab drivers can be some of the nicest people you’ll ever meet and so respect them, because you never know when they’ll be there for you after a black-out night at Sugar.