Police have not yet identified the woman in her early 20s

A sports car driver has been arrested after five child passengers were hospitalised and a woman pedestrian killed in a horror crash with a bus outside Kingston University, police say.

The pedestrian in her early 20s was fatally hit in the collision between a four-seater convertible and a bus that saw seven others taken to hospital for emergency treatment.

She was pronounced dead at the scene of the crash between what is believed to be a white BMW M3 Convertible and the double decker bus.

Police say six people in the crowded car – a man and five children – were taken to hospital to be treated for their injuries after the collision in Kingston, south London, at around 9pm on Tuesday.

The driver, a 34-year-old man, has been arrested on suspicion of causing death by dangerous driving. Police are unable to confirm if he was one of the injured but added that a bus passenger was also hospitalised. 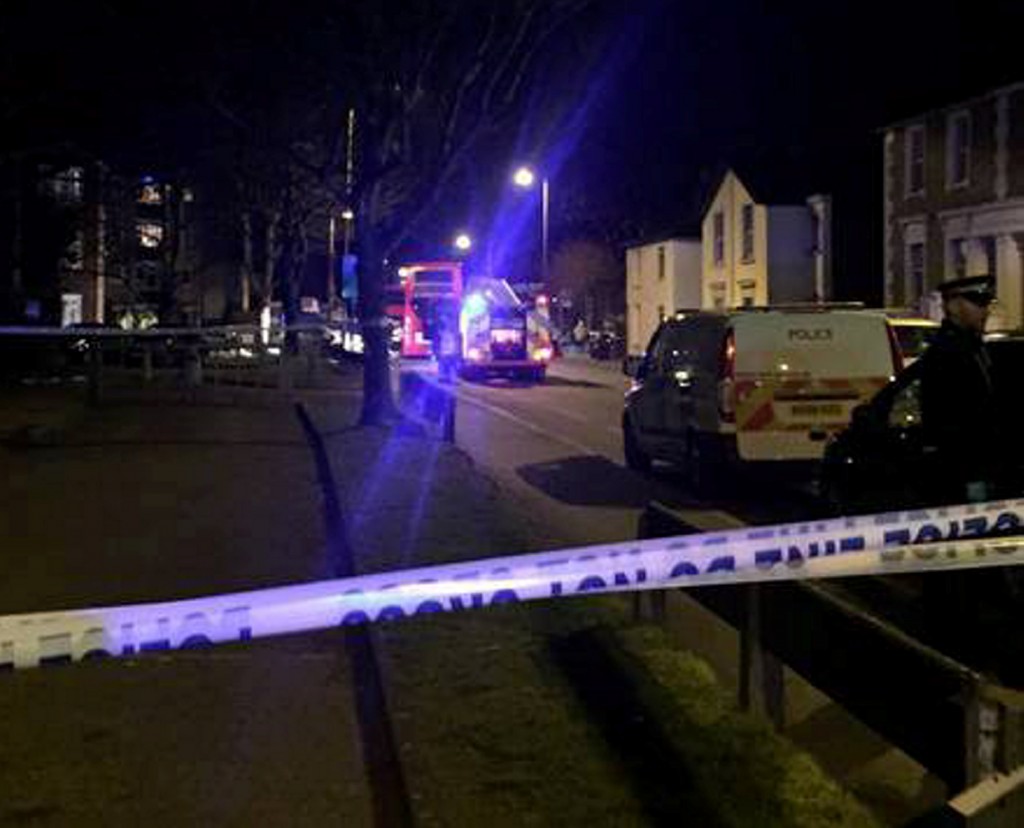 The scene of the collision

Fabienne Formsma, who witnessed the tragedy’s aftermath, said: “Awful accident just happened on Penrhyn Road right outside my house. Car and a bus and the car was literally in pieces. So horrible.

“There was a man who ran off from the scene with a small child, and then he came back screaming at the police to help his other child.”

The London Ambulance Service sent seven ambulance crews and a specialist paramedic but they were unable to resuscitate the pedestrian.

Pauline Cranmer, Deputy Director of Operations, said: “We sent a number of ambulance crews to the scene including seven ambulance crews, an advanced paramedic in a car and two duty managers.

“Sadly, despite the best efforts of our crews and colleagues from the Metropolitan Police, a woman, reported to be in her twenties died at the scene.”

These were a four-year-old boy, who was treated for head and facial injuries, an eight-year-old girl and a 12-year-old boy, according to Pauline.

She added that a man in his 30s was taken to hospital for stomach injuries as were two other men in their 20s.

The driver of the bus and one of his passengers were also treated at the scene, she said.

A post-mortem where the woman’s identity will be formally confirmed is expected to take place in due course.

Police have confirmed the driver of the BMW M3 was hospitalised before his arrest along with five children who were passengers in his four-seater car.

The 21-year-old woman pedestrian was crossing the road near Kingston University, in Kingston, south London, when she was killed.

Unconfirmed rumours have spread on the campus that the woman was a student at the institution.

Detective Sergeant John Hartfree from the Serious Collision Investigation Unit said: “Penrhyn Road would have been busy at the time of the collision and I am appealing for anyone who saw this tragic event unfold to contact police.

“I am particularly keen to speak to the occupants of a dark coloured car which was seen following the white BMW M3 car immediately prior to the collision.”

The 34-year-old driver, who has been arrested on suspicion of causing death by dangerous driving, was travelling with two boys aged 16 and 12, two four-year-old boys, and an eight-year-old girl.

The convertible car was seen smashed and sprawled across a pavement and the front garden of a home.

The tragic woman’s next of kin has been informed while formal identification is under way.