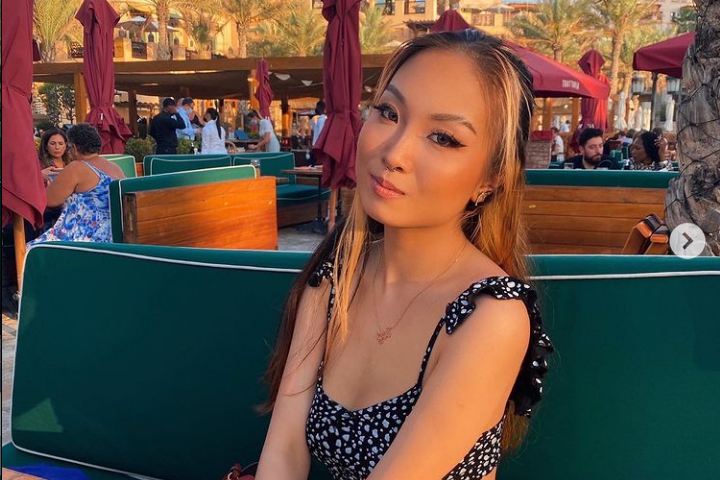 We spoke to the founder of ‘It Happens Here’ KCL

‘At the very least, I want to let other students know their concerns are being heard, and are no longer being invalidated’

We’re now one month past Sexual Assault Awareness Month, and yet for the past few weeks, the topic continues to feel extremely relevant. Sexual violence and misconduct within the sphere of the university is more prevalent than it may initially appear. Earlier last month, the UK’s Office for Student told universities across the country to urgently review their sexual assault policies, amidst student fears that sexual assault cases “had not been ‘properly addressed’ by their university.” In addition to this, The Tab’s sexual assault survey has revealed that 93 per cent of students who experience sexual assault at university do not report it to their universities.

Clearly, there is a need for a better community of support for students. The King’s Tab spoke to Zoey Lyn, a second-year Biomed student and the founder of the King’s chapter of It Happens Here, a society dedicated to providing support surrounding sexual assault at university. She hopes to get the society ratified for next term and speaks about the society’s goals within the student community.

What is ‘It Happens Here’?

‘It Happens Here’ (IHH) is a movement of university societies dedicated to raising awareness and supporting victims of sexual assault on campus and university grounds. The movement addresses issues from the student body, within the student body. Originally starting at Oxford University in 2013, it has grown to establish student-led chapters in Newcastle, Warwick, and now exists here at King’s. 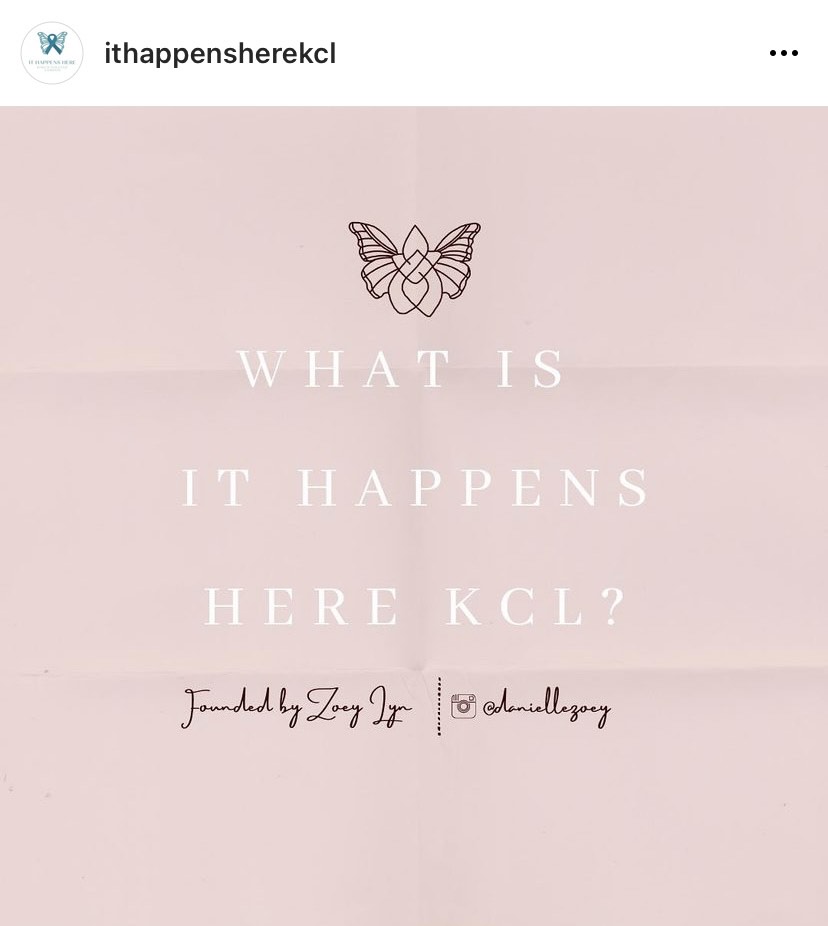 Zoey told the King’s Tab that there was no society or organization dedicated to such a cause at KCL until now: “I thought the creation of such a society was way overdue. It is definitely such a significant issue that I think is not talked enough about at our university.” Whilst King’s has created campaigns such as ‘It Stops Here’ since 2015, there are currently no active student-led support and accountability groups for victims of sexual assault or harassment.

Zoey said: “I created IHH KCL with the aim of  serving as a platform for students to have a voice and advocating for more transparency at our university, including helping to make resources more accessible and improving current procedures.” She went on to inform us that many students believe the existing measures to report sexual misconduct are not made abundantly clear to students, something she hopes IHH will help rectify. The King’s internal misconduct proceedings work through the Student Conducts and Appeals Office and through the KCLSU– however, she said the process can be “difficult” and at times frustrating to navigate.

“Students are also told that if they are staying in King’s residences, they can contact the Residence Welfare Lead for assistance,” she added, but not all students are aware of this resource and some claim they have been turned away. As part of King’s ‘It Stops Here’ campaign, students are told they can get internal support from KCLSU Advice, King’s Health Services, the Chaplaincy and King’s Counselling and Mental Health Services. However, Zoey acknowledged that there were some issues surrounding these resources. 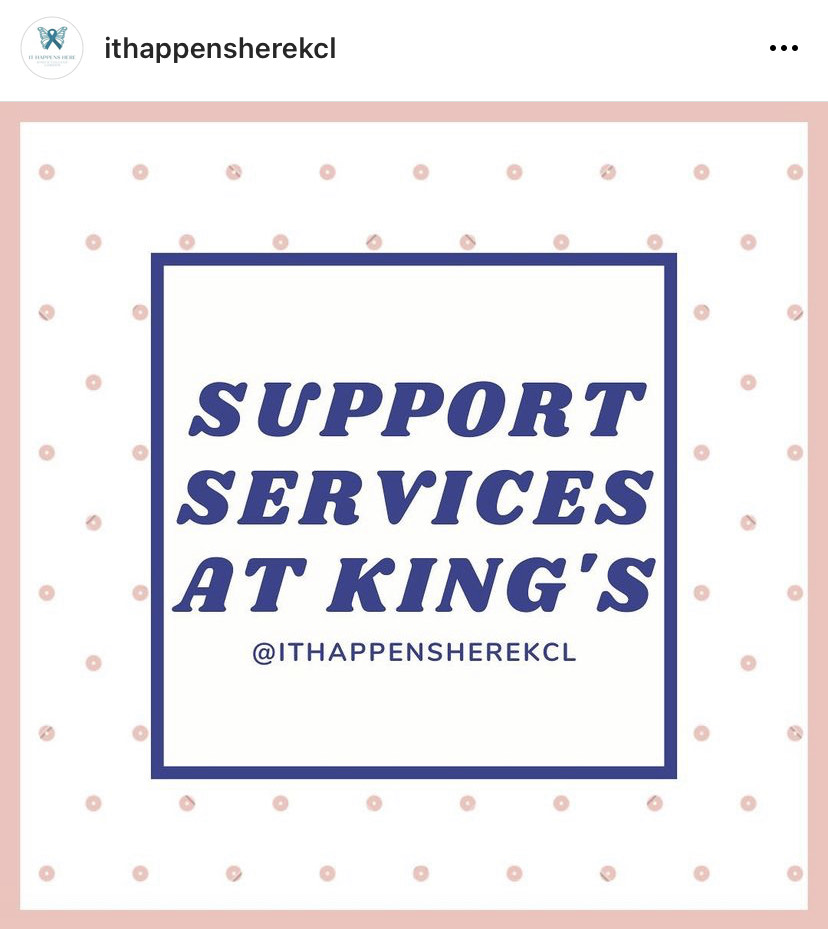 In reference to King’s Counselling Services, Zoey told The King’s Tab: “It is well-known that the majority of students experience a long waiting time before being granted their first appointments.” An investigation by the Tab King’s earlier this year found that KCL students can wait up to a month for an initial appointment with mental health counselling services.

After seeking help for a traumatic experience, Zoey said, “It was clear my assigned counsellor had no experience dealing with sexual assault and PTSD. Because of the difficulty of getting help within King’s and the lack of training or experience with sexual assault, many students choose to look for external support services such as the Havens. Not one person I talked to had found trying to learn about accessing support at King’s to be an easy process.”

The Havens is partnered with the King’s College NHS Foundation Trust and is listed by King’s as an external support service. “Others have also suggested Galop, which provides specific sexual assault support for people in the LGBTQ+ community,” she added.

IHH KCL’s aim is to make students aware of the university’s services and how to access them.

“Every student, whether they recognized it or not, had a sexual harassment and/or assault story of their own or recalled an instance occurring on campus”

It is unfortunately common for incidences of sexual assault or harassment to occur on university grounds. A recent Tab article found that sexual assault reports at universities had more than doubled since 2015.

Zoey shared her experience with an incident of sexual harassment that happened to her whilst at a Student Union venue before the pandemic. When she tried to report what had happened to her to the venue, the staff “didn’t know how to help or even file a report.” She added: “I can still remember the manager saying to me, ‘What were you expecting when you’re this drunk and dressed in a skirt as short as that?'”

“These were spaces meant to be student-friendly,” she said. She soon discovered that a similar thing had happened to another person she spoke to. “Every student, whether they recognized it or not, had a sexual harassment and/or assault story of their own or recalled an instance occurring on campus. I think I could’ve brushed off what happened to me, but having heard another girl went through what I did … it was something I couldn’t get off my mind.” 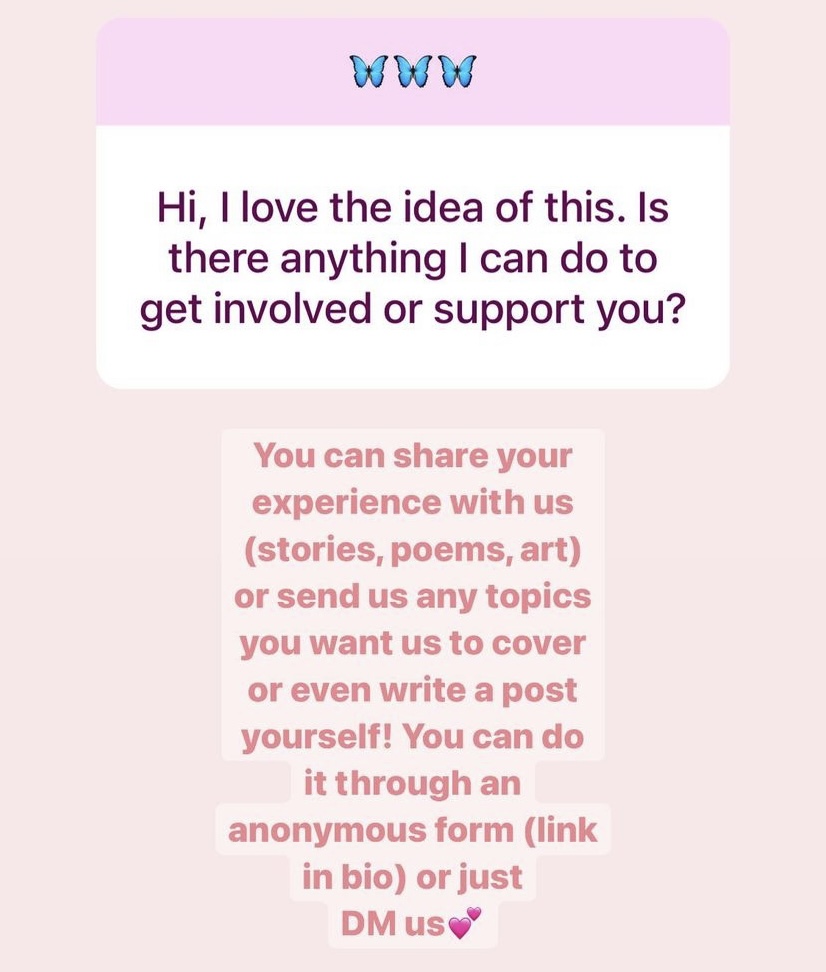 On the IHH KCL Instagram page, Zoey publishes information alongside survivors stories and their art. The page also encourages others to share their experiences, send topics they’d like the page to address, or even contribute to the IHH community by writing a post through an anonymous form.

Both as a student society and independent movement,  the community that IHH intends to create is providing fantastic support to those who feel lost and confused. You can find out more details about the society here.

If you or someone you know has been affected by this story contact Refuge on their free 24/7 helpline 0808 2000 247 or contact Rape Crisis online for a free confidential chat helpline. You can also access King’s counselling services and other resources here.

• Stop warning women against walking alone at night. We’re not the problem

• ‘I need to be proactive’: We asked boys what they’re doing to change their behaviour

• As women we should be able to walk home safely, but these stories prove we can’t