Those involved called the comments ‘dark humour’ and a ‘prank’

CW: Racism and references to rape

At least three individuals have made sexist and racist comments in a King’s freshers’ group chat.

Several offensive messages were sent to the chat, including making jokes about rape and racist comments about Black and Asian people, including the use of racial slurs. Screenshots, taken by a member of the group chat, can be seen below.

The King’s Tab spoke to all three individuals whose messages can be seen. Dan*, who joked he’d been “kicked out” of a prestigious American university “due to being a potential rapist,” told the King’s Tab that his comments were just “dark humour”.

When a member of the group called him a “dickhead” for his comments, Dan responded calling the girl a “fucking whore”.

Speaking to The King’s Tab, Dan said: “What can I say except I’m sorry if anyone felt offended. In one group dark humour was widely being used on a much more serious level whereas in this group it was not accepted. However, whatever it may be, I shouldn’t have tried to mix it with two different groups.”

When we spoke to Sam*, he said that his comments – including asking if there were “any hot girls here?” and repeatedly asking girls to “message on private” so he could “tell them a secret” – were not his own and that his “phone was hacked, I myself don’t accept these kinds of behaviour.” 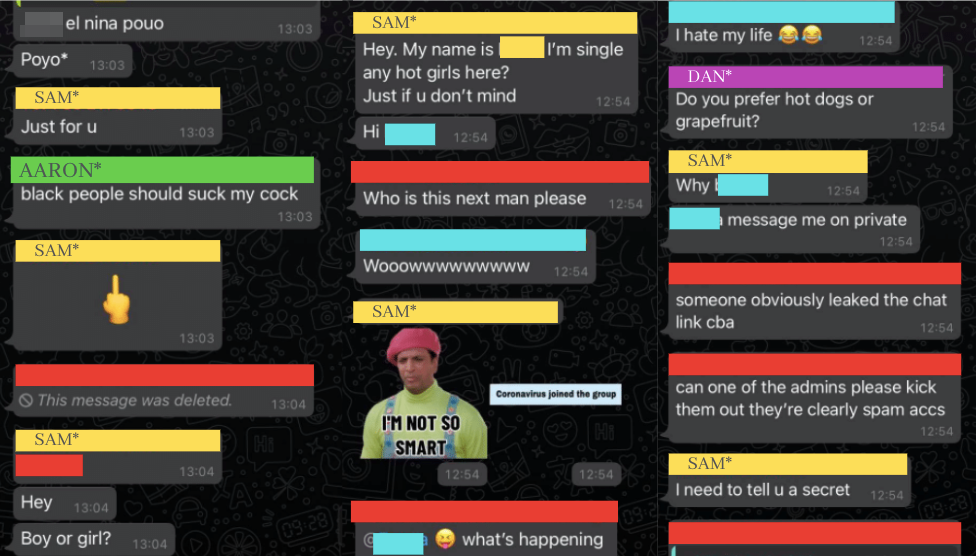 The final student involved, Aaron*, also claimed that his phone “hacked by someone I know as a prank”. Aaron joined in on the rape jokes been made, saying he’d seen a “report in the news” that Dan “raped [a woman] after you sedated her”.

He then went on to make numerous racist comments including: “Black people are n*****”, “black people can suck my balls”, and “black people should suck my cock”. Sam intervened when Aaron began to use racial slurs, telling him “don’t say that” and sending a middle finger emoji in response. 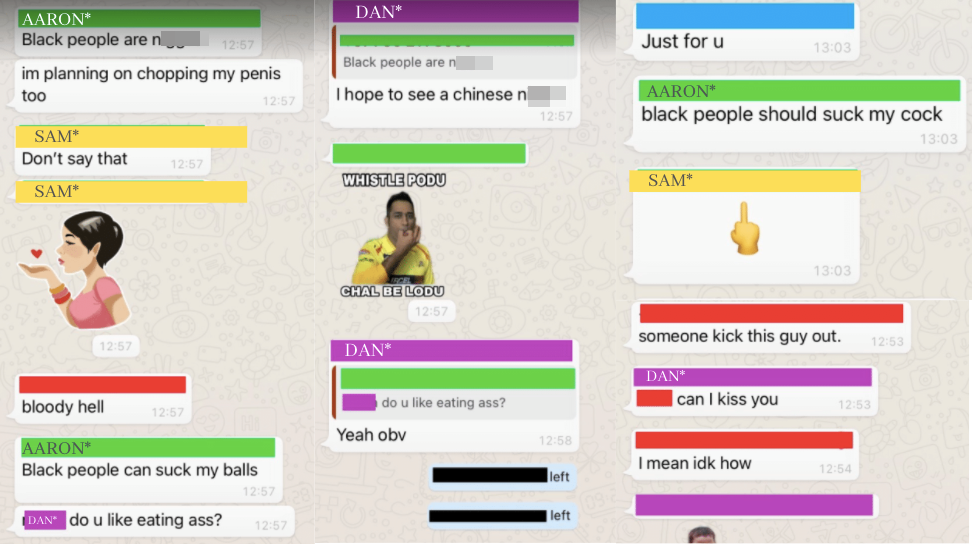 The admin of the chat, Emma* intervened, saying: “Any inappropriate behaviour/rape jokes or general sexism/racism/ homophobia/transphobia will not be tolerated in this chat and those putting such messages into the chat will be removed.”

She was told to “shut the fuck up” by Aaron.

All three individuals who had sent offensive messages were then removed from the chat. When The King’s Tab spoke to Emma she described what had happened as “appalling” and said she had “removed those individuals from the chat as soon as we realised what was going on”.

The King’s Tab spoke to a first-year student who is a member of the chat. She said: “After overcoming the initial shock of coming across these messages, I was extremely disappointed that people still choose to act in this manner”.

Many others in the chat expressed discomfort with the comments being made, urging the admins to “kick this guy out” and “remove them immediately”. 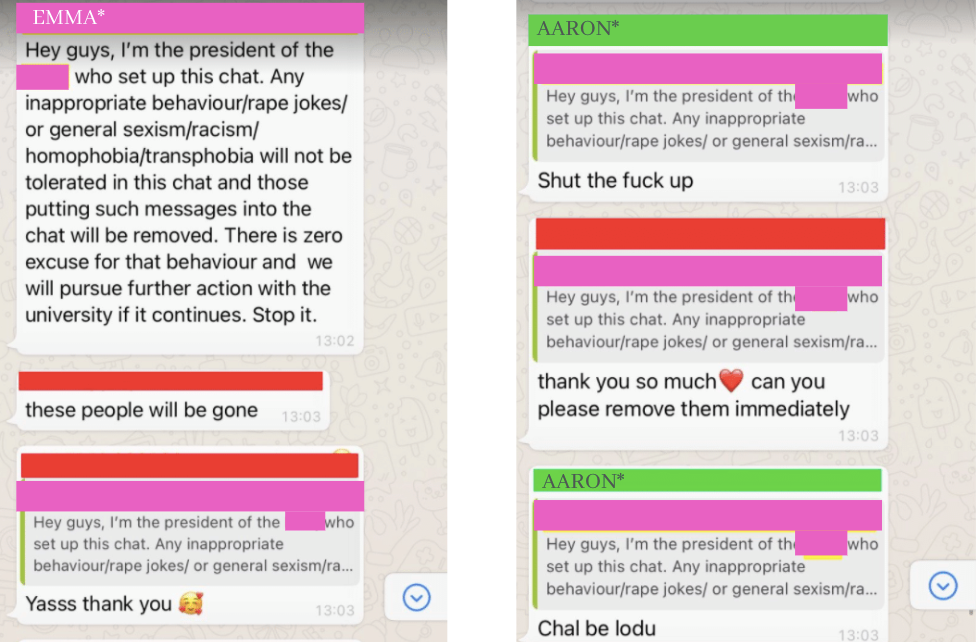 In the chat Dan claims to be a King’s student, however in speaking to The King’s Tab he says that he was offered a place but turned it down. Similarly, Sam also claimed to be at King’s in the group chat, but speaking later to The King’s Tab denied being a student asking “What is King’s College? It’s a university?”. However, the group chat link was only given out to students on the relevant King’s course. 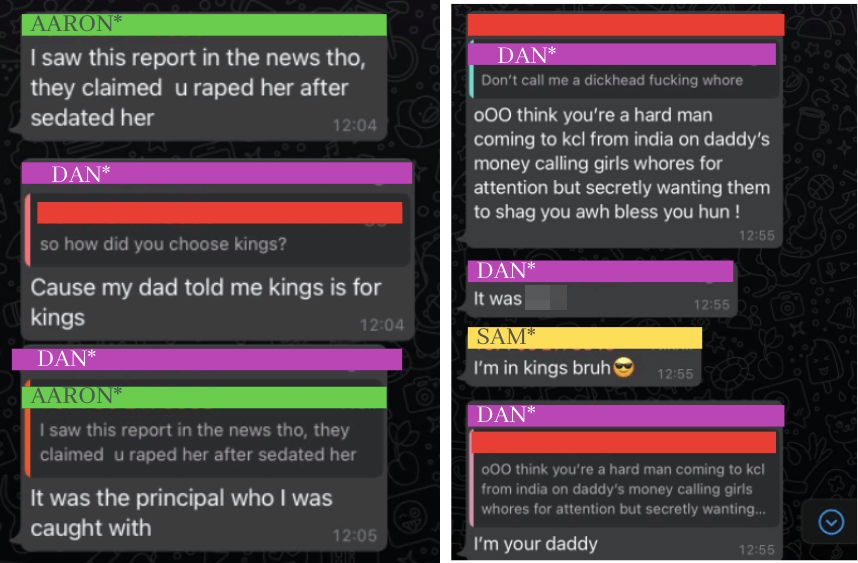 Have you experienced similar occurrences in any of your student chats? Let us know by DMing our Instagram.

King’s were contacted for comment but have not responded.

*The names of the people have been changed for legal reasons

• HESA data reveals that only 1.6% of King’s academic staff are black