He once said ‘feminism must be bashed’

Amos, second-year Political Economy student and former UKIP enthusiast, is known for his controversial political opinions on immigration and on the government’s handling of coronavirus.

After the election results were announced last night, students on Twitter began criticise the new President for his controversial views ranging from immigration laws, single parenting, and feminism.

Amos told The Tab King’s: “Obviously, such views are not entirely representative of the Association’s members. The Association itself takes no organisational view.”

The former supporter of Nigel Farage was previously reported stating: “UKIP will not attract more young people until young people start to realise immigration is costing them jobs”. 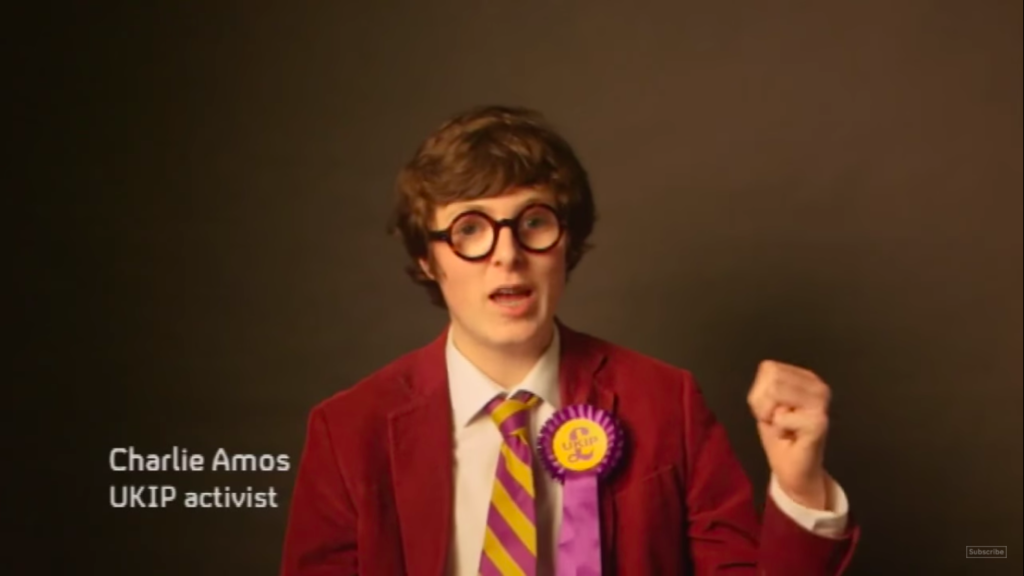 KCL Labour Society told The King’s Tab they will continue to defend the right of students to remain safe on campus, “especially those from minority communities,” adding “during these uncertain times, we continue to stand strong in our values of solidarity and community.

“We will continue to make sure the most marginalised among us are protected against those who view the continuance of their suffering as a political game or ideological standpoint.”

Is that this guy? pic.twitter.com/1AAjjd4eI7

There are a number of reasons why Amos’ election has sparked such controversy. This is everything we know about Charles Amos:

Charles has been involved in politics for a long time

He is the Sussex Coordinator at the TaxPayers’ Alliance and has also interned at the Institute of Economic Affairs.

He has appeared on Question Time and spoke at UKIP’s Spring Conference.

On his YouTube channel, he describes himself as a ‘Culturally Conservative Anarcho-capitalist’ who believes ‘taxation is theft’.

Like this picture to petition our incoming President, Charles Amos, to create a tik tok

A post shared by KCL Conservative Association (@kclconservatives) on Apr 14, 2020 at 8:24am PDT

In the past, Amos has highly praised Nigel Farage

In a video for Channel 4, Amos showed his affection for former leader, Nigel Farage, whom he described as an “enthusing leader”. “He can really arouse people in a way others can’t. He’s a lot more inspiring. He’s like Martin Luther King.”

He’s been criticised for his views on coronavirus

Recently, Amos wrote about the government’s response to the COVID-19 crisis on the Conservative student forum, the Mallard.

Amos writes: “No doubt compulsory quarantine will soon be implemented, and this too will be a grave injustice committed by the State […] But people will die, I hear you scream. I fully accept that allowing for freedom will result in more death; this is the price that must be paid for liberty and justice.”

Is that this guy? pic.twitter.com/1AAjjd4eI7

He’s an advocate for Thatcherism

In an interview with The Guardian in 2017 Amos stated: “Ukip should adopt Thatcherism on steroids. We should say the unsayable and adopt a policy of radical neoliberalism, no matter what the establishment throw at us.

“We should be the champion of free-market capitalism for the working class.”

He wants to overturn the smoking ban

In 1828  he voiced his support for overturning the smoking ban.

He said: “The state has no business whatsoever setting an acceptable level of health risk for consumers.”

In the comments section to this post, Amos agreed the ban is “all part of the culturally Marxist agenda to overthrow Western civilisation.”

He once said ‘feminism must be bashed’

He said that he opposed “the general assault against traditional institutions such as the family.

“Feminism must be bashed from this position.”

The Tab King’s asked Amos to contextualise his views on feminism. He said: “I am still firmly of the belief that feminism needs bashing. When I use the term feminism I refer to the Third Wave which seeks economic and social equality between males and females.

“As a libertarian, I favour equal rights for men and women, but these are exclusive to life, liberty and property.”

The Tab King’s asked Amos to contextualise his comments on feminism.

He has also stated on his personal Facebook account: “The ban on gender stereotyping in advertising is an absolute disgrace!”

The ban on gender stereotyping in advertising is an absoulte disgrace!

Amos told The Tab King’s: “As a libertarian, I favour equal rights for men and women, but these are exclusive to life, liberty and property.

“The traditional family as a social unit has been assaulted continuously since the 1960s. In particular single parent, benefits have encouraged divorce with worse results, in many cases, for the children. I would oppose the subsidisation of such a lifestyle.”

Despite his newfound alliance with the Conservative Party, Amos has made several public statements criticising the party

He publicly stated that he was thrown out of his own Conservative group after objecting to the local council’s plans to raise taxes.

In a video posted on his personal YouTube Channel, he admits that this made him “furious” and that he “cannot say how angry I got.”

In the video, he also admitted that with his local (Conservative) association, “I disagree with most of them on virtually any political issue I argue with them.”

After students online revealed the number of controversial comments made by Amos, he published a statement onto the KCL Conservative Association’s Facebook page.

The statement addresses the comments Amos previously made on immigration as well as his more recent comments on coronavirus.

Amos said: “In regards to the following `immigrants are costing our jobs I would say this. These comments were made five years ago when I was 15, I do not hold this view today.”

He also confirmed in the post that his views on coronavirus and “controlled immigration” should “be understood to be my own and not the views of any Committee member or standard member.

“The Association itself takes no organisational view.” 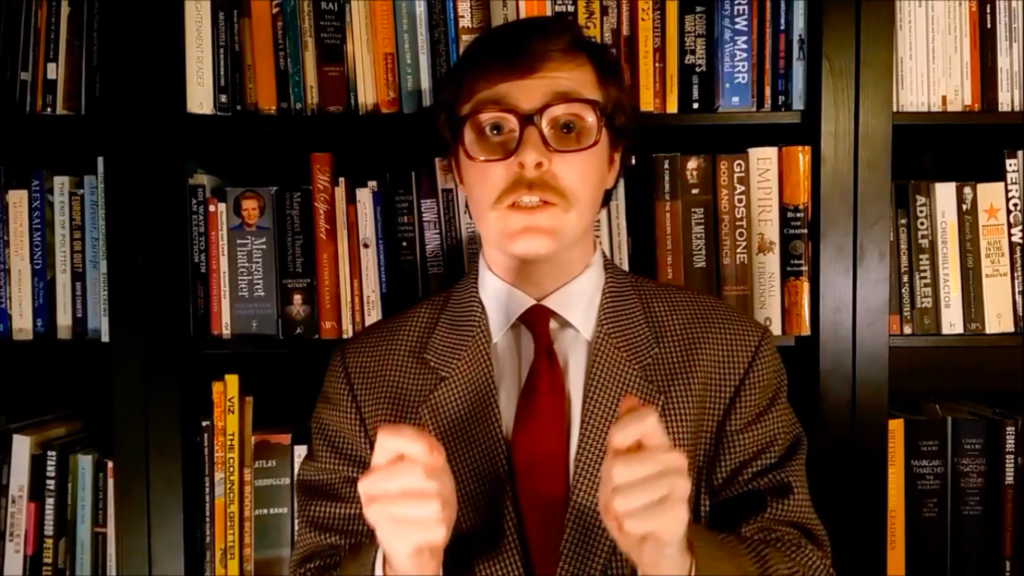