Champion Hill students are filling the lifts at their halls in protest to the eviction that is currently taking place.

Students were informed yesterday that had two weeks to find alternative accommodation for the rest of the year due to the 'fire hazard' in a number of buildings at Champion Hill.

Students have sent a number of complaints off to King's residence team, told The Tab King's of the problems but this has been their most colourful response. 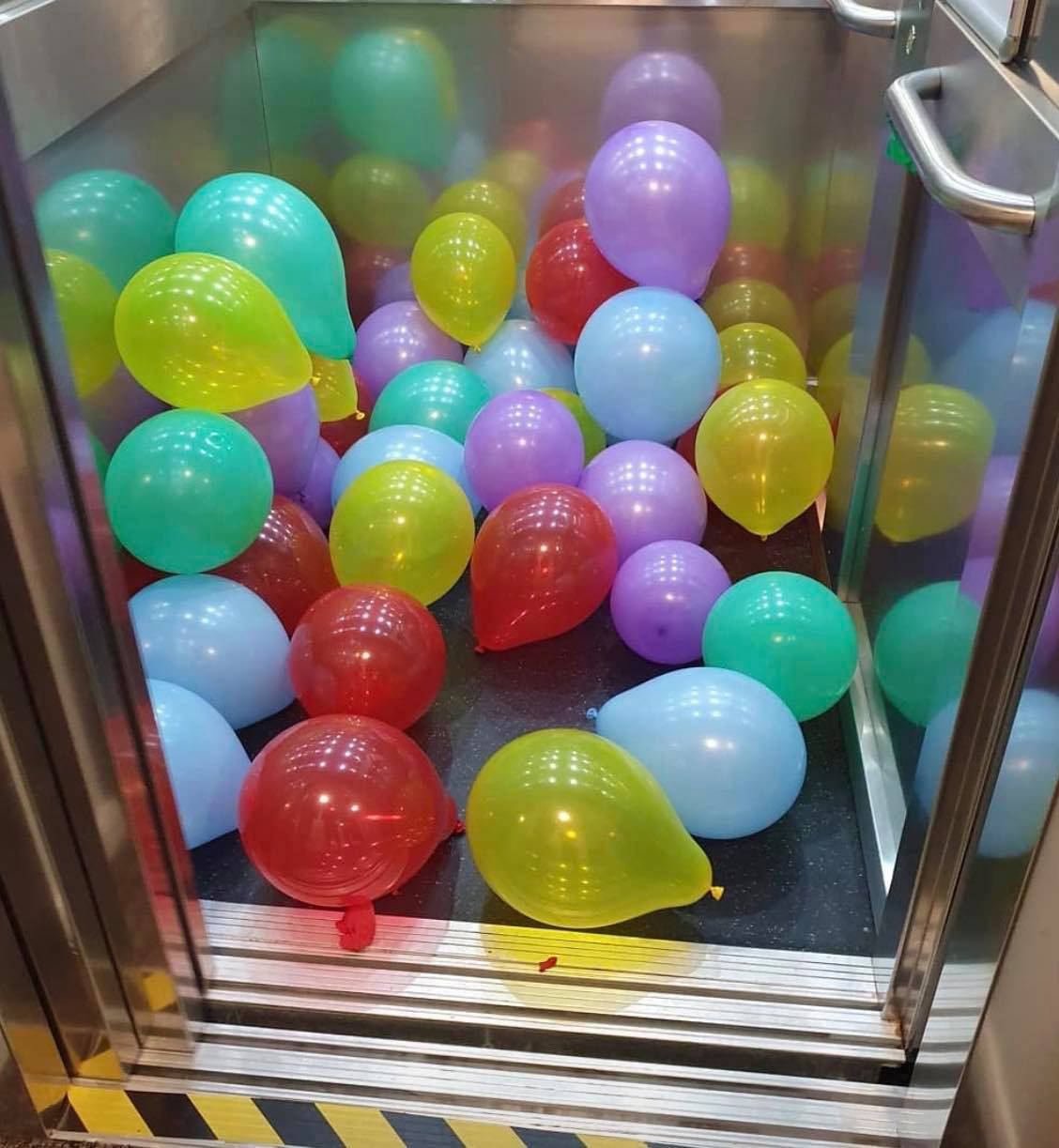 The Tab King's spoke to Lauren Williams, one of the students who is being evicted from Champion Hill, who told us about the balloon protest.

She said: "Obviously we are mad that we have to leave, so for this last week we are going to annoy the residences by doing the most petty and stupid things imaginable! Like filling a lift with balloons!

"It's never planned, we'll just be sitting in the kitchen, and someone will say the most stupid idea and everyone's like yes let's do it.

"We never do anything destructive, we just want to be more of an inconvenience.

• ‘I actually feel sick with how anxious I am’: King’s students react to Champion Hill eviction