‘Women’s rights are human rights’: Everything that went down when Hillary Clinton visited King’s

The interview is part of new podcast series launched by the Global Institute for Women's Leadership based at King's.

The interview, as expected, centralised around promoting women's rights, the outcome of the US 2016 election campaign as well as touching on Brexit. 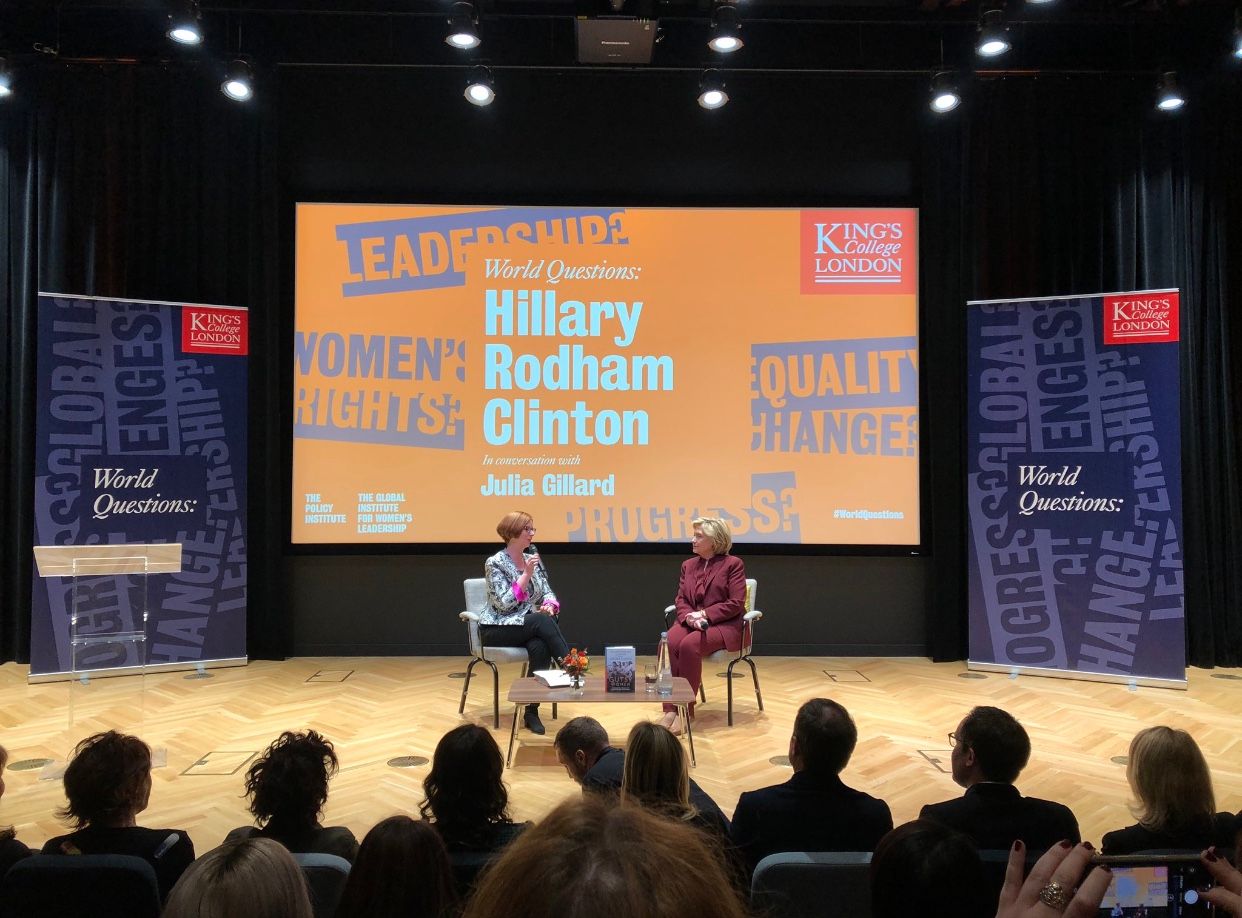 Gillard began by asking Clinton about the progression of women's rights since the former secretary of State started her political feminist activism back in the 1980s.

Whilst Clinton stated obviously women's rights have clearly progressed their are still a number of "boulders" and "sinkholes" women have to overcome to make progress in our modern society.

She said: "We still are struggling with continuing attitudes about what’s appropriate or not for women and what people think about women’s lives or women’s role."

She even touched on some of the obstructions women are having to overcome this week giving the example that just this week it has been made legal in Japan for businesses to tell women to wear high-heels and not wear glasses (in case they look less attractive). 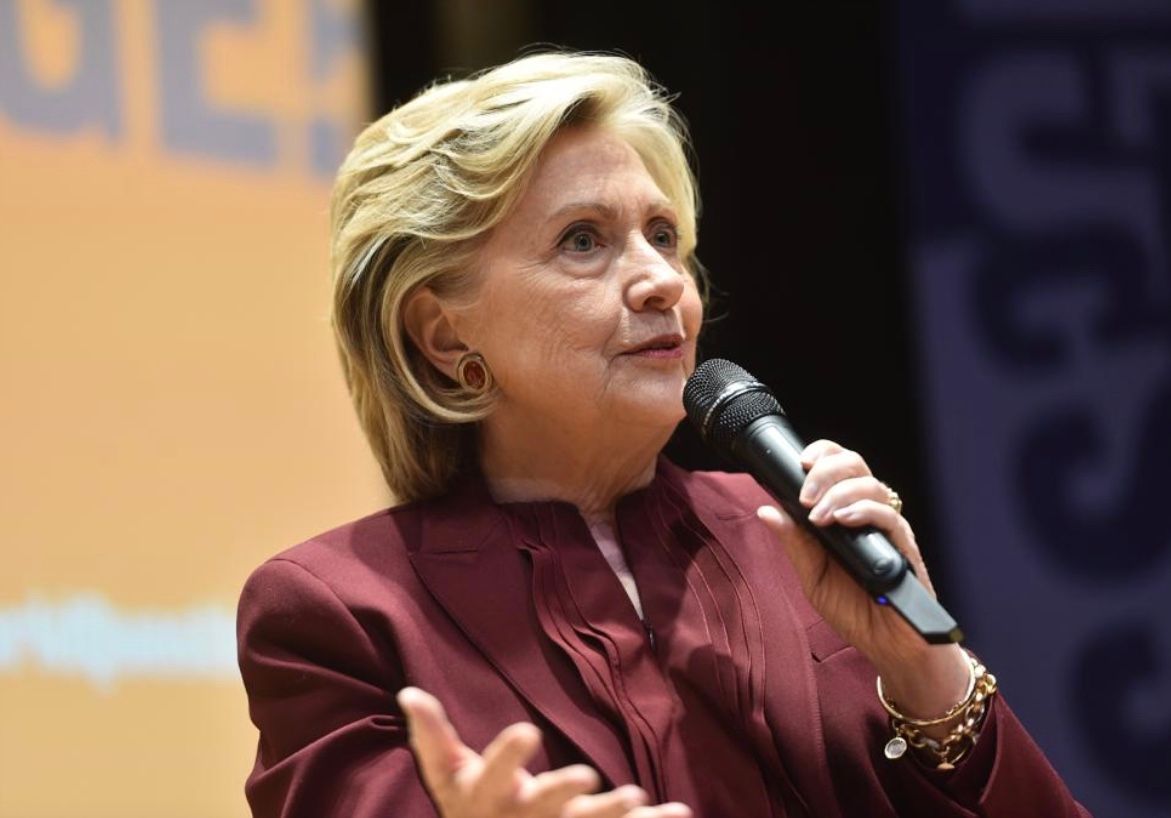 "The election results made no sense"

The interview shortly moved onto the 2016 Presidential campaign and President Trumps election.

When asked about her defeat in the 2016 election Clinton reflected on her confusion and difficulty of her loss.

She said: "I can't even describe to you how the election result made no sense.

"It was difficult the next day going to deliver a concession speech."

Clinton continued that one the biggest difficulties that came from loosing the election to Trump was the effect she thought it may have on young women and girls who were influenced by her.

She said: "I was particularly feeling the burden of having disappointed so many women and little girls…so I addressed all the little girls out there telling them not to give up on their dreams.” 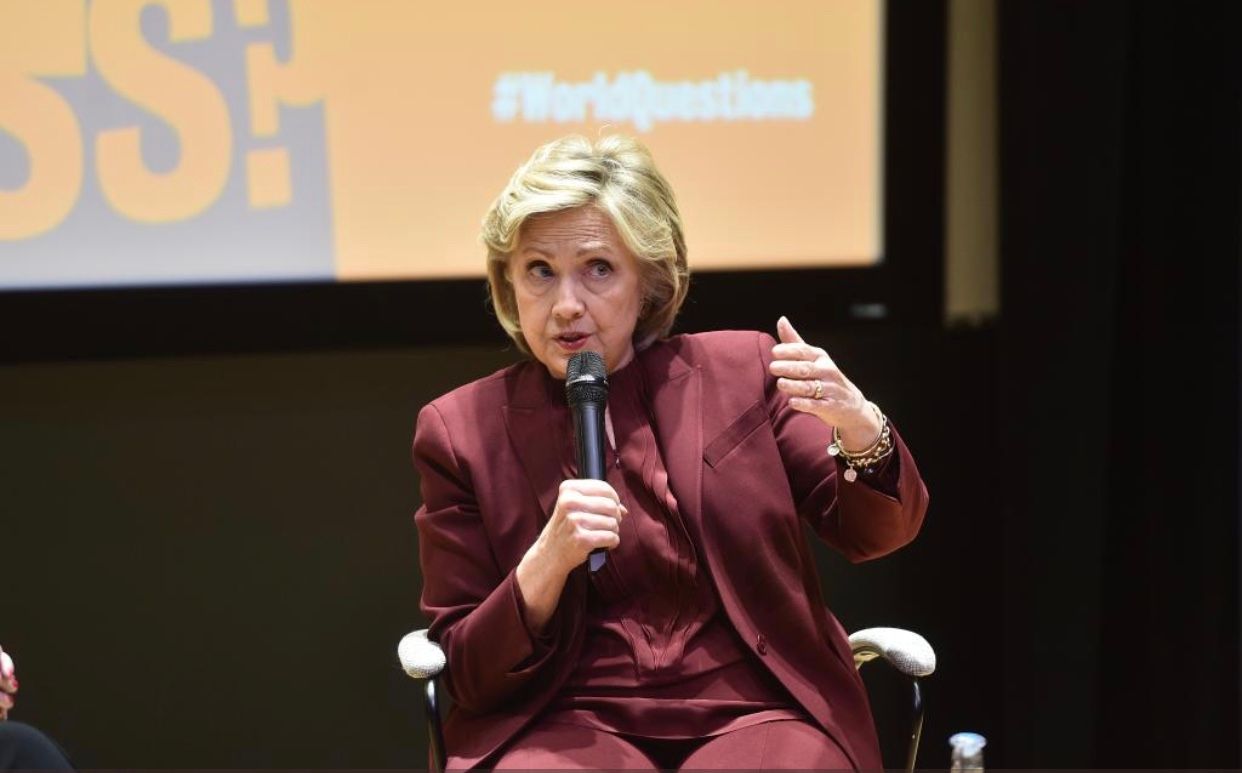 "I addressed all the little girls out there"

Gillard humorously pointing out that American and British politics are equally disastrous in this current political climate.

Gillard said: "The car crash of US politics means the British can think at least it's not just us!"

The two female politicians talked about the potential impeachment of President Trump which could result after his hearing today.

Clinton remained relatively aloof about the potential impeachment of the President, claiming "I cannot sit here and predict things that are exactly going to happen".

Yet she did seem to question the integrity of Trump's presidency.

She said: "What do you do if that person in office is abusing the office."

From analysing one political controversy to another the pair swiftly moved onto the issue of Brexit.

Clinton said: "Brexit is a symptom of some of the very real problems and disagreements that democracy has. 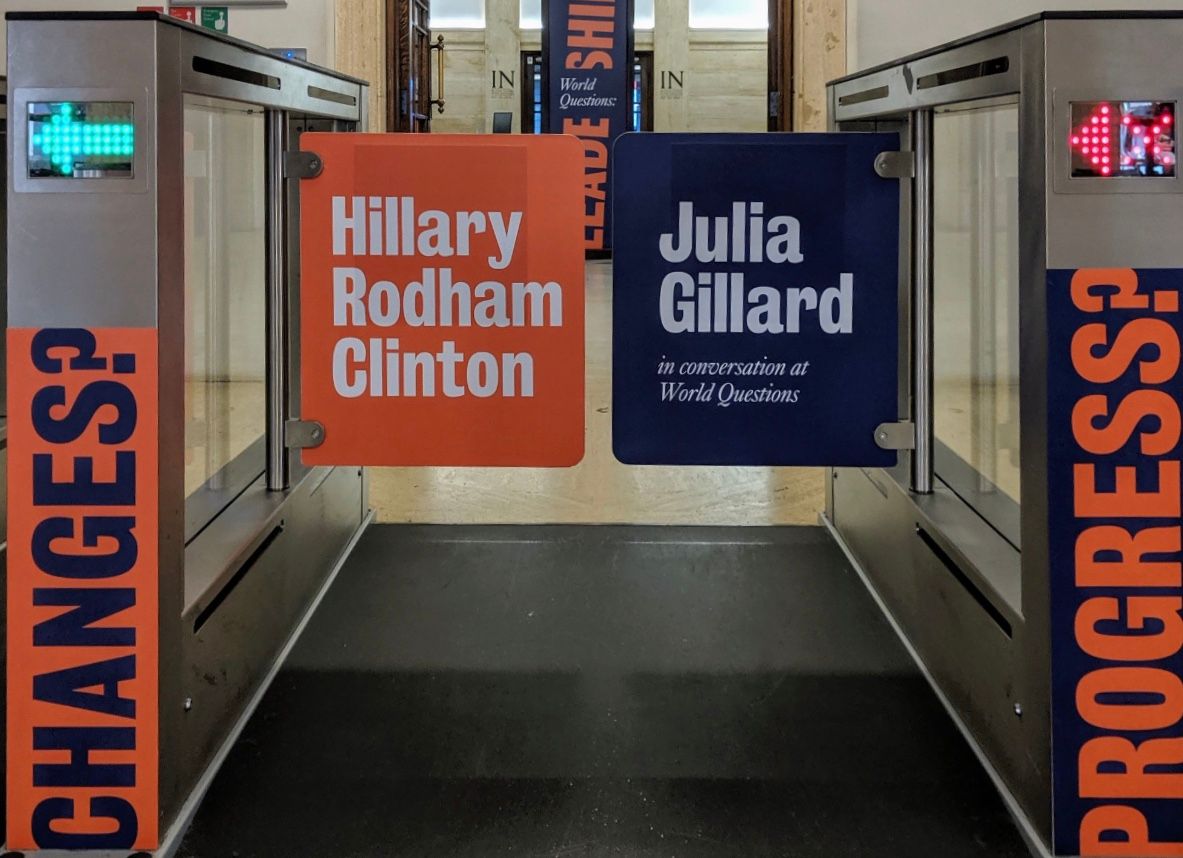 This is the first interview of Gillard's World Questions Series

The two political figures also discussed the issue of social medias engagement with political affairs as well as it's affects on young people's mental health.

The former Secretary of State said: "Facebook has taken the position saying it will not regulate any political speech".

Clinton made it clear the effect of Facebook's position of the spreading of fake news.

She said: "slightly more than 50% of the US population gets news from Facebook as their only source" showing how wide-spread this issue of fake news becomes. 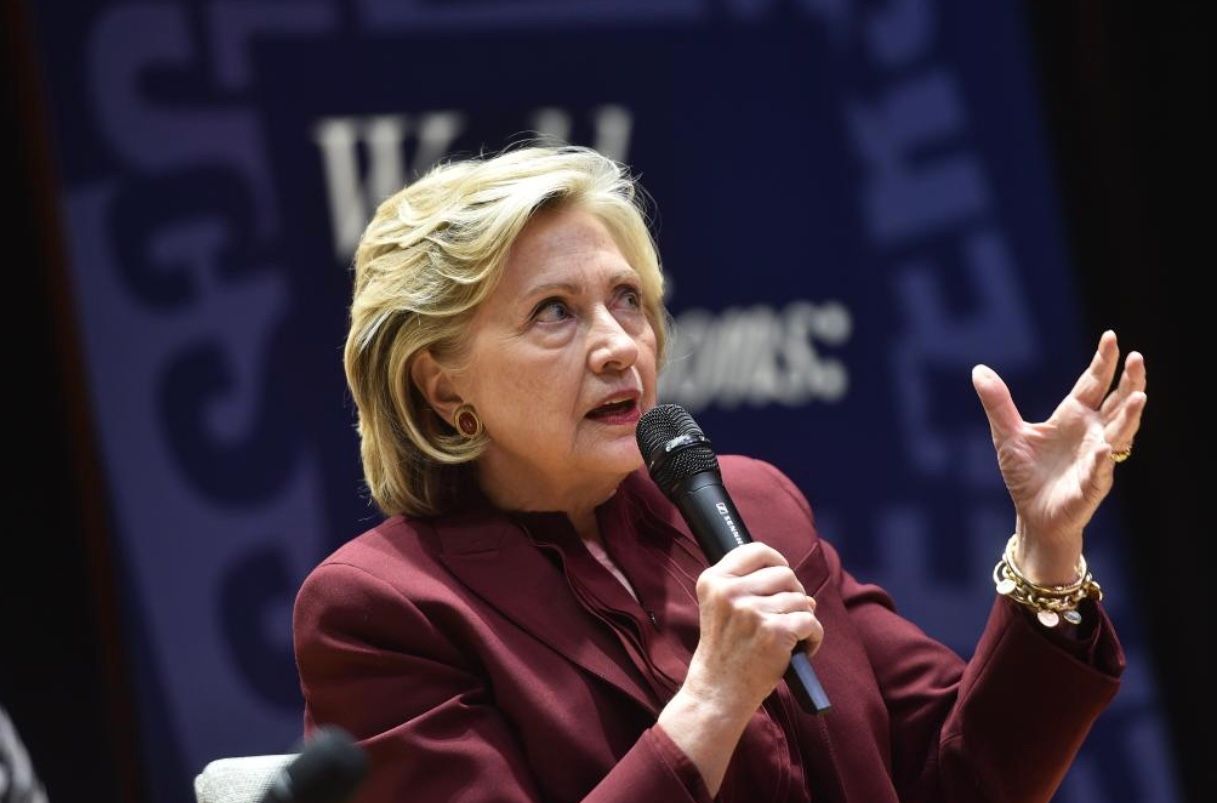 Gillard then discussed Clinton's new book 'The Book of Gusty Women' bringing the conversation back to the issue of sexism.

Gillard joked around with Clinton after revealing the statistic that "26% think intelligence is one of the most important factors helping women get ahead, compared with 17% who say the same for men."

She jokingly asked the former presidential candidate: "Can you think of a time where a super smart woman lost out to an unintelligent man?"

Gillard said "men can have all sorts of hair and haircuts" but women in politics are still judged on their own "style and looks". 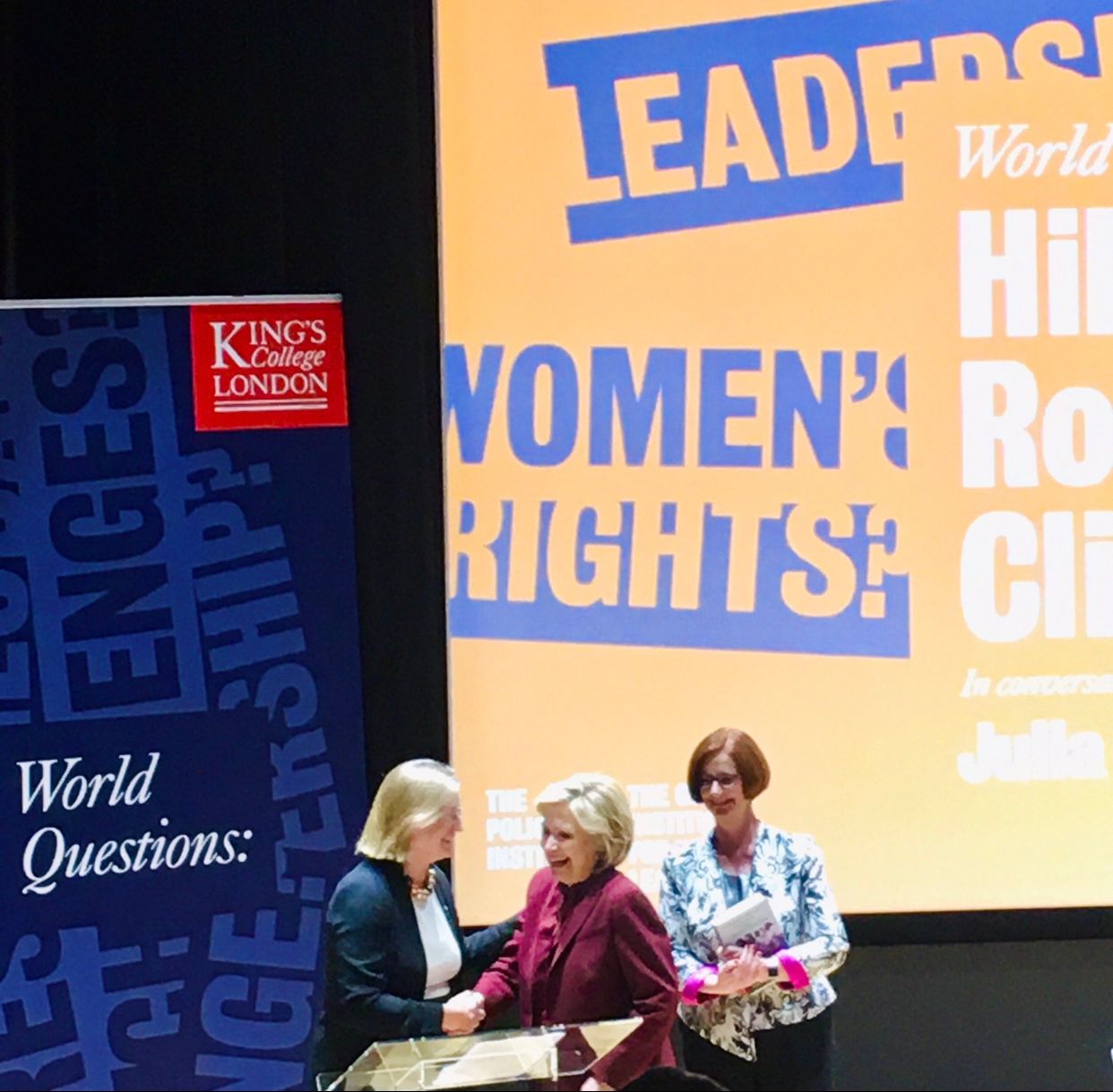 The talk closed with Clinton discussing her new book: 'The Book of Gusty Women'

The interview closed with Clinton reflecting on some of her female hero's who she looks up to, explaining that often little girls say to her: "you're my hero, but whose your hero?"

Clinton was the first interviewee in Gillard's World Series podcast at King's.

• How easy is it to get a first on your course at King’s?