A King’s exchange student is trying to find the fresher she fell for on a night out: Can you help?

It's officially shoot your shot season and this fresher has wasted no time as she set her friends on a quest to find Gabriel, a handsome boy she met on a night out in Camden.

We spoke directly to @maryfromfest, a student who has spread posters all around King's in search of this mysterious man, about her quest and what exactly is so damn special about this boy. 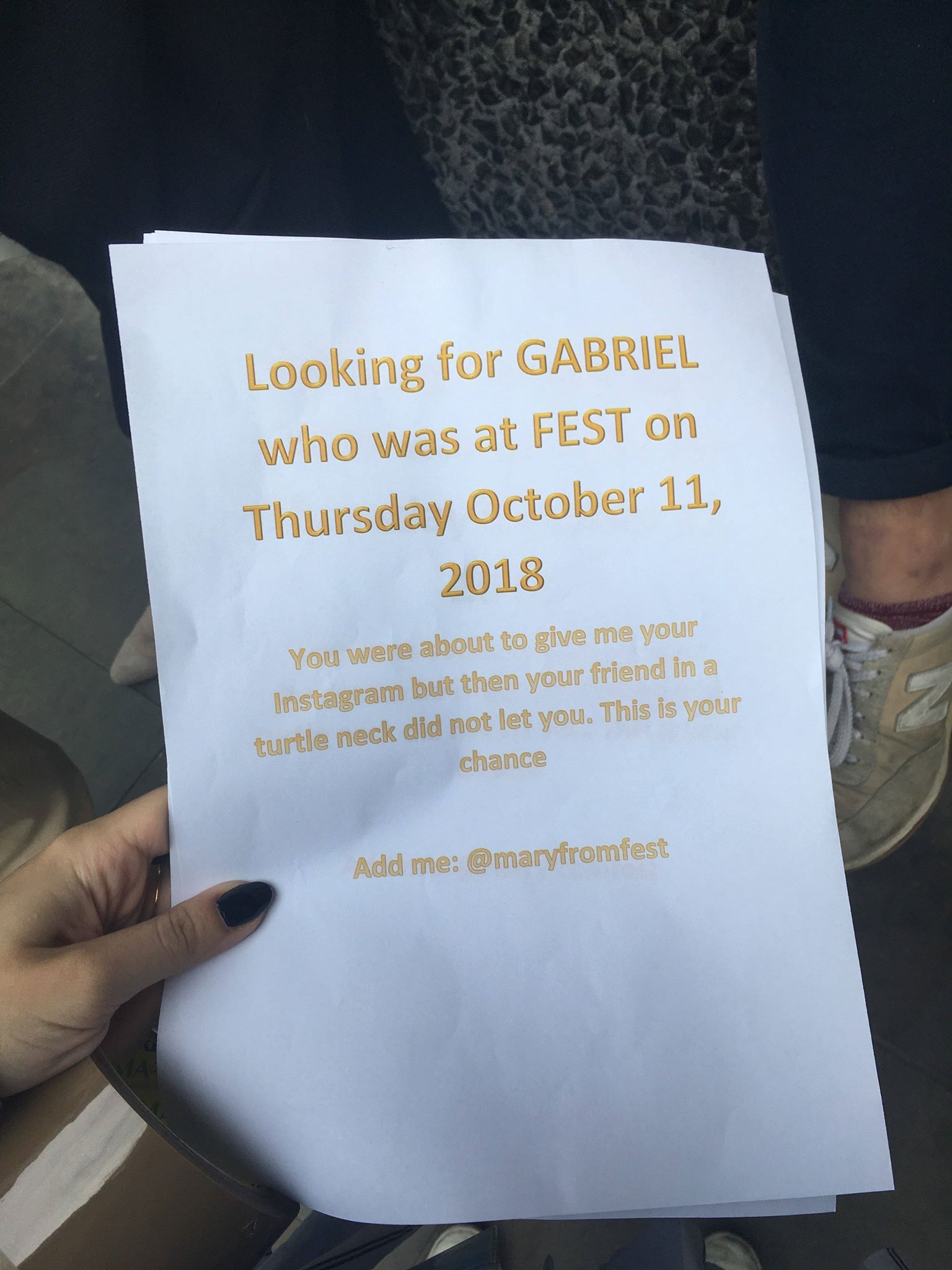 How would you introduce yourself in true Take Me Out fashion?

My name is Mary and I am from Miami, Florida studying abroad here in London. People often appreciate my sense of humour and my outgoingness. I mean, it's pretty clear why you should give me a shot, who else would do this after briefly meeting you in a club? 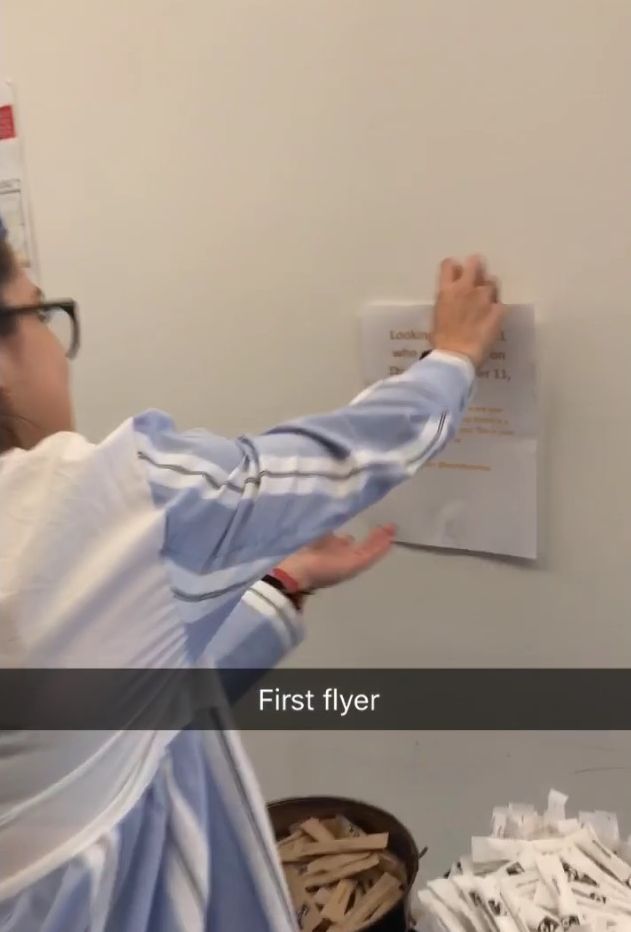 Set the scene: Tell us all about your magical encounter

The first encounter I had with Gabriel was on the dance floor in Fest at Camden when our friends got into a heated argument. We both acted as mediators and calmed our friends down until everyone was able to hug it out. We ended up outside and spoke a bit about King’s and how I was at the Vault the night before and he didn't go.

From what I can recall, it was a very short and sweet conversation due to the fact that one of my friends ran away and my entire group had to run after her.

Half-way out of the club I realised I never got his last name so I ran back and asked him for his last name. In return, he said he would type his Instagram into my phone. I gave him my phone but the app took too long to load and his friend in the turtleneck grabbed my phone out of his hands and gave it back to me. I really had to go find my friend so I did not really have time to argue, so I left. 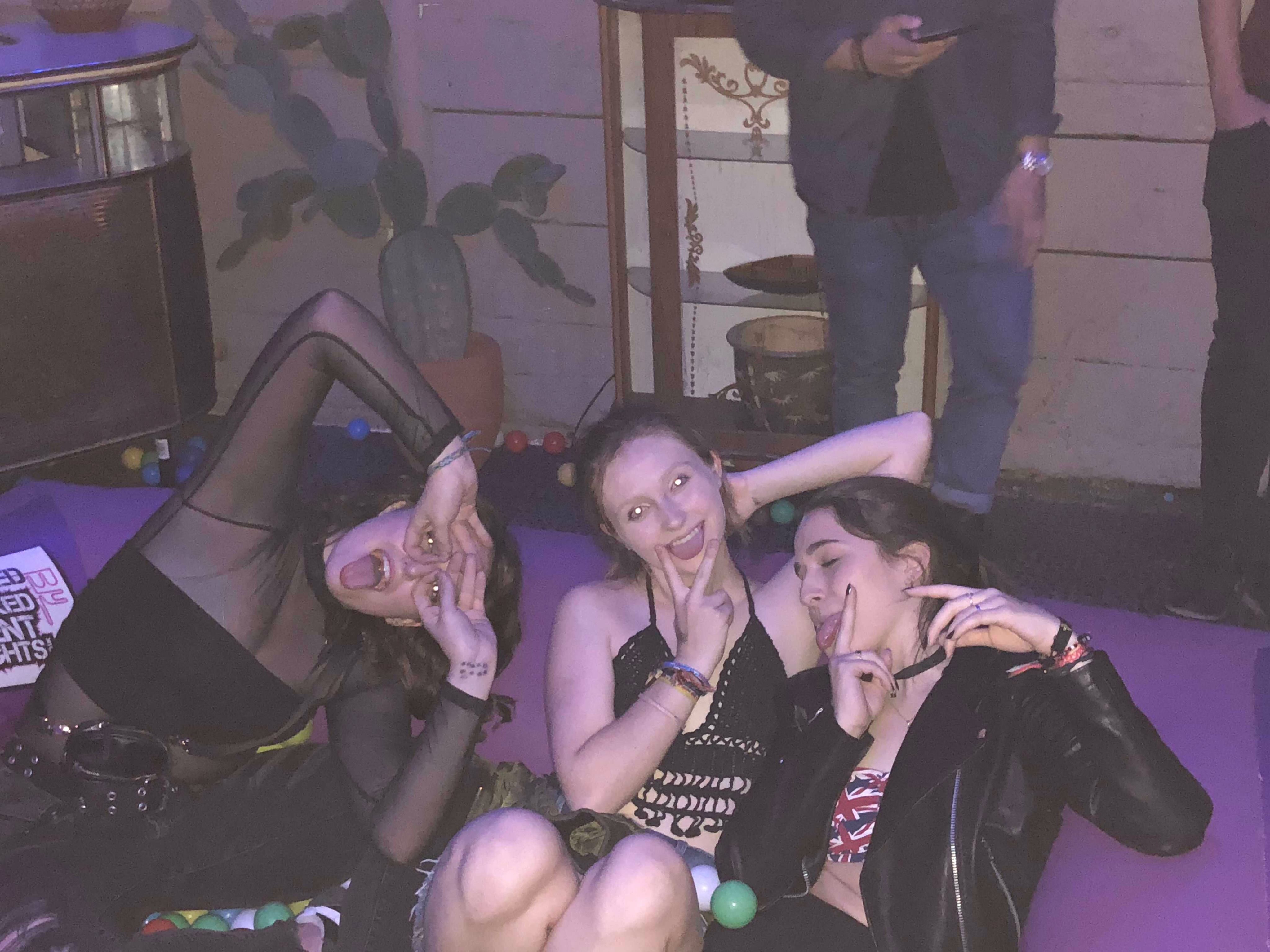 Mary and her pals

What makes him worth going through all this trouble?

I woke up the next morning and began talking to my flatmate about what had happened that night. I made a joke about putting up flyers to look for Gabriel and we kind of just paused and went straight to the computer to make and print out flyers.

The reason I am putting this much effort into finding him is mainly because he just seemed like my type. I am also an extremely determined person, so when I want something I put my best effort into obtaining it.

If it actually works, this would be ultimate story to tell later on. If he responds in a positive way to my efforts then I’ll know he is 100 per cent my type.

What are you hoping to get out of this if you do find Gabriel?

If I do find Gabriel, the first thing I would do is hopefully laugh about the situation and answer the many questions that he will probably have. I honestly don’t even know what I want out of this but I will feel extremely accomplished if it is successful. If he doesn't think I’m absolutely insane after this, I know we will get along extremely well.

#KissCollegeLondon4610G-I met you at Fest on Thursday October 11, 2018. I gave you my phone to put your instagram in…

Lastly, if you have a message for him – or his turtleneck-wearing friend – shoot your shot, one last time

I think you should give me a shot because, let's be real, how many people would go this far to meet you again after only knowing your first name and the college you attend?

The fact that I still found you charming after our friends tried to fight, proves that we had some sort of connection. I can also assure you that I have never done anything like this before for anyone. I know you wanted to give me your Instagram until your turtleneck-wearing friend physically stopped you, so hopefully we can make that happen.