The essential starter packs to every single KCL accommodation 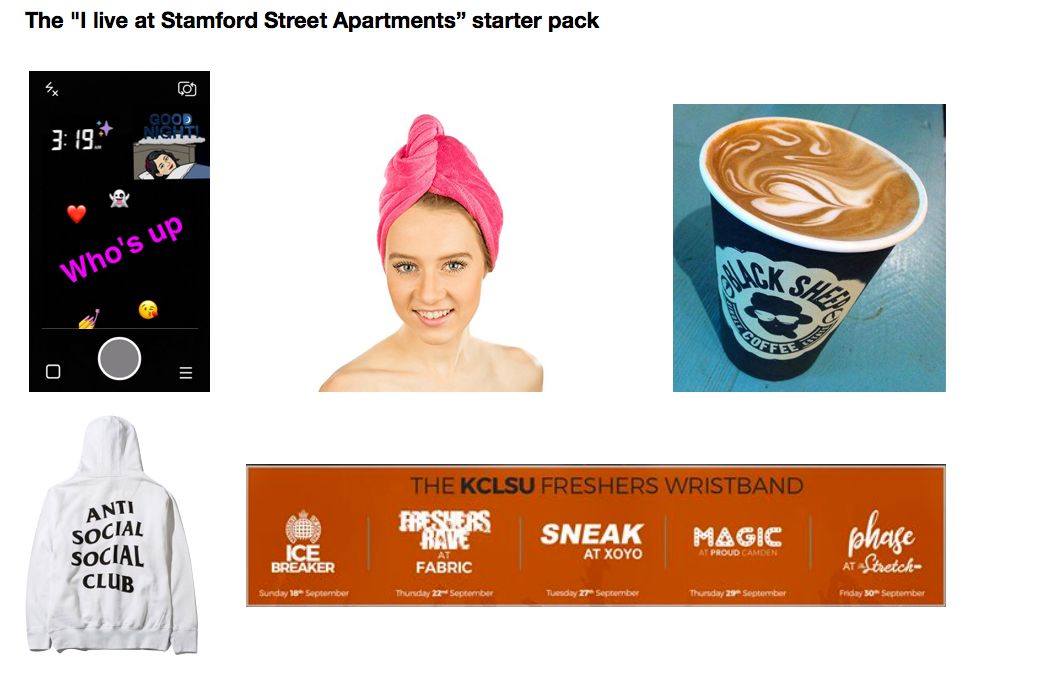 Ah, the lucky ones

You'll find it only a 10 minute walk (six if you power-walk) from Strand and right next to Waterloo Station. You’d expect Stamford Street residents to look well-rested, since they never get up early to go anywhere. In actual fact, complacency has got the better of them and they spend most of their life with wet hair and no make-up because they woke up 15 minutes before their lecture. 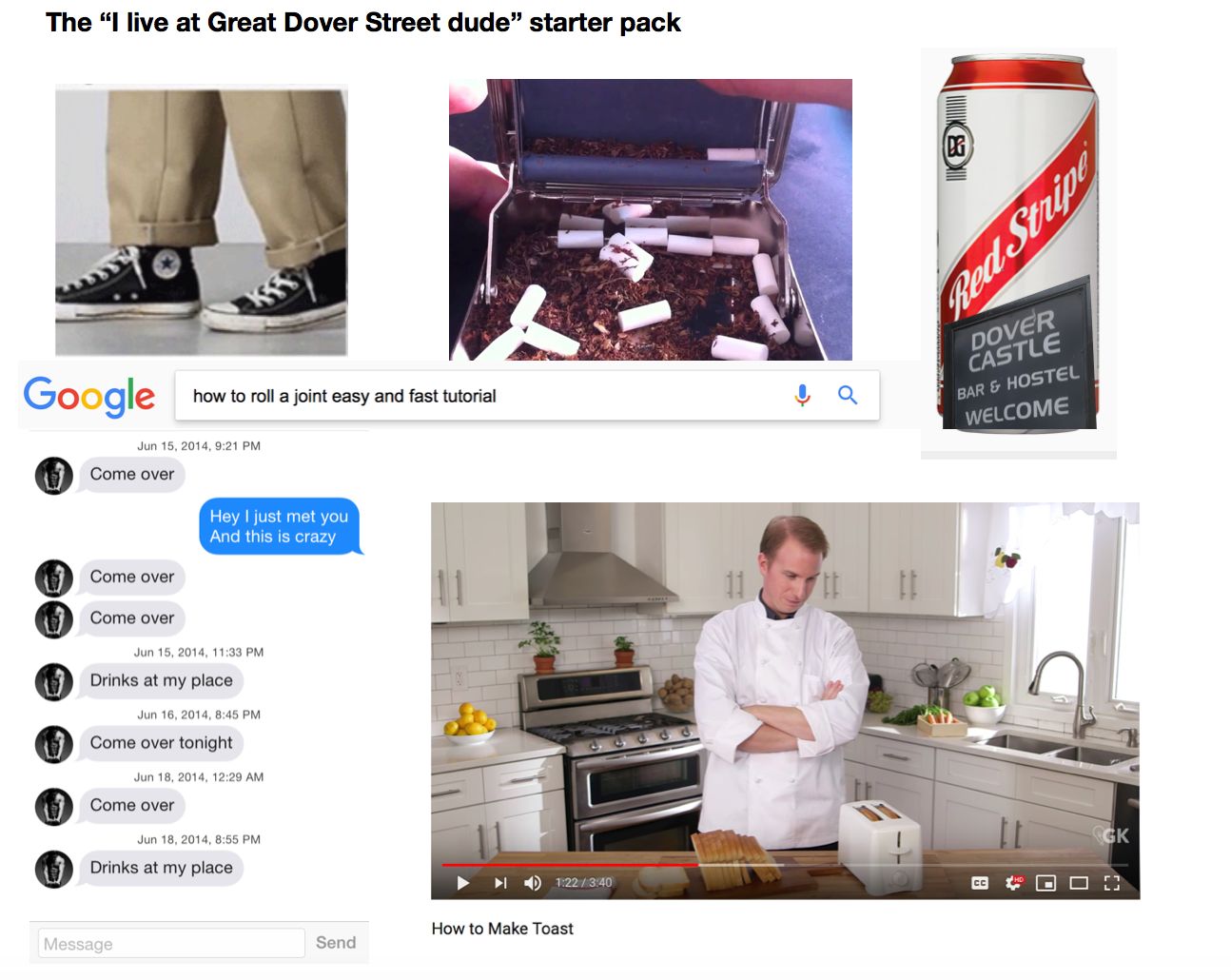 Is it just me or does everyone live here?

This is where Strand and Guys’ campus students unite, which makes for a pretty eclectic group of people. Easy access to a smoking shelter (not very conducive to Kings’ smoke-free campus policy) has corrupted them and they can usually be found rolling a cig or smoking weed in their pyjamas with the luxury of being only 20 metres from their bedroom. 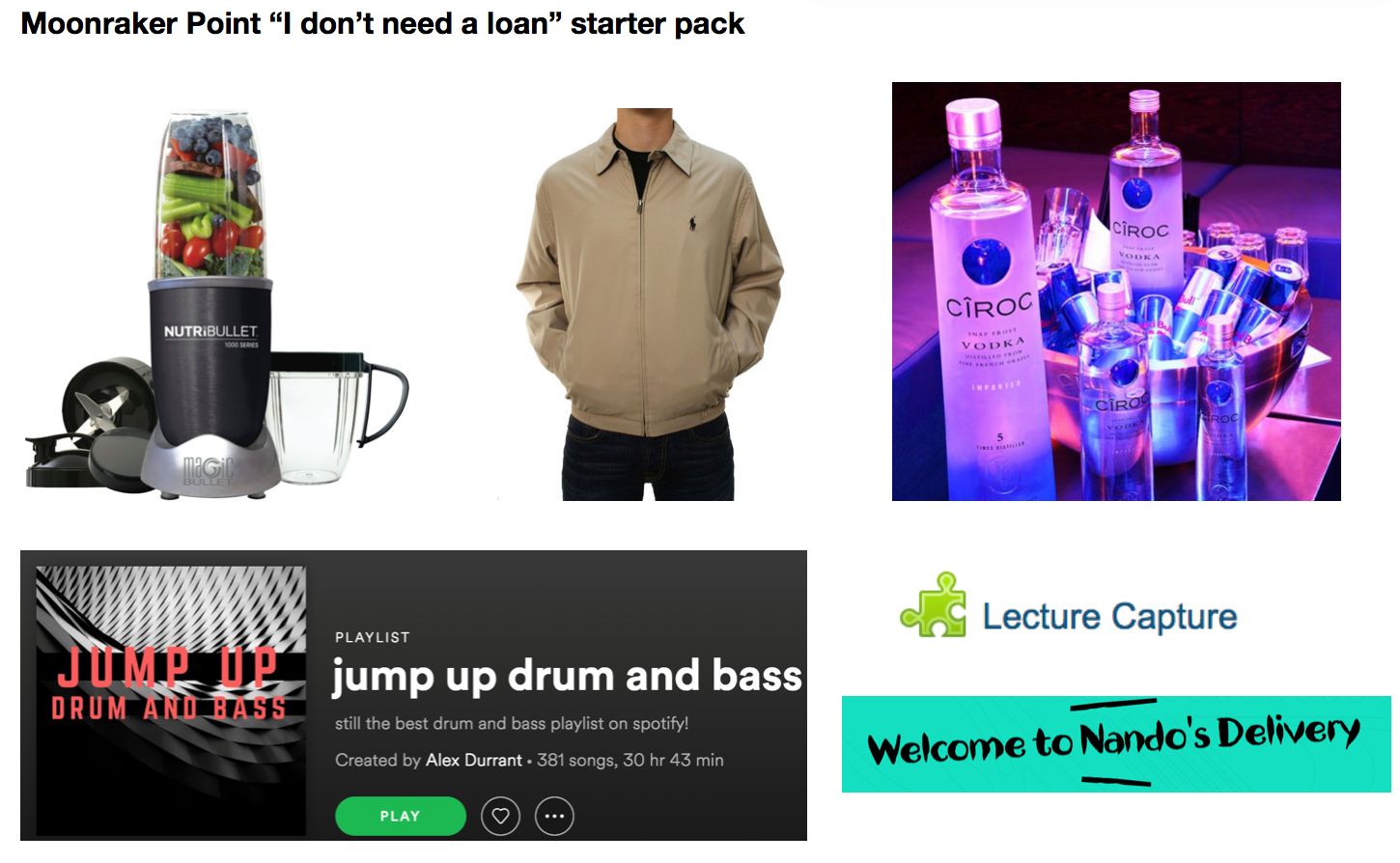 Rich, but not rich enough for private halls

Paying £260 a week to live in shitty Southwark is slowly eroding their soul and no breakfast bar or double bed will ever be worth it. They still have to take their own bins out. Tragic.

Moonraker students have been conned and they know it. They're easily recognisable by their look of despair, their Ralph Lauren jackets, and their smoothies made in their amazingly clean kitchen where all the appliances actually work. Okay, we’re jealous of their kitchen but that’s it. 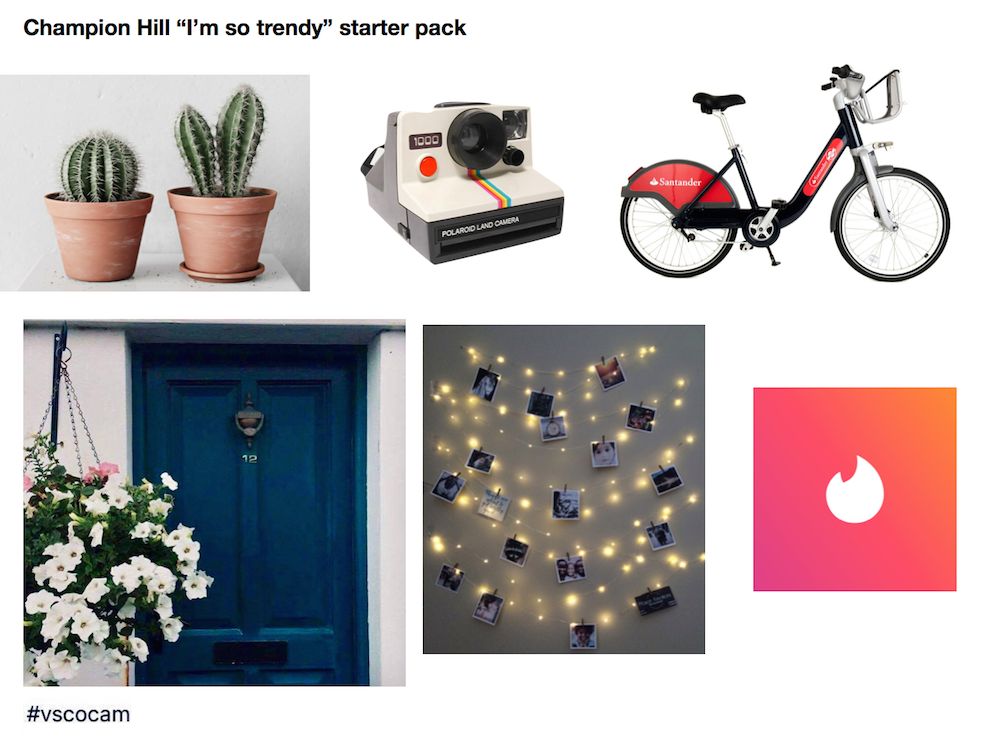 There’s an unwritten rule that you have to be hot to live at Champion Hill. That’s just the way it works. All the girls have perfectly tousled hair and bomb-ass Instagrams to match their fairy-light and polaroid bedroom aesthetic.

When they’re not wearing a trench coat, Champion Hill residents can be identified by their sports gear, courtesy of their newfound love for the cycle superhighway. Although, when you live so far away from campus, you don’t really have a choice. 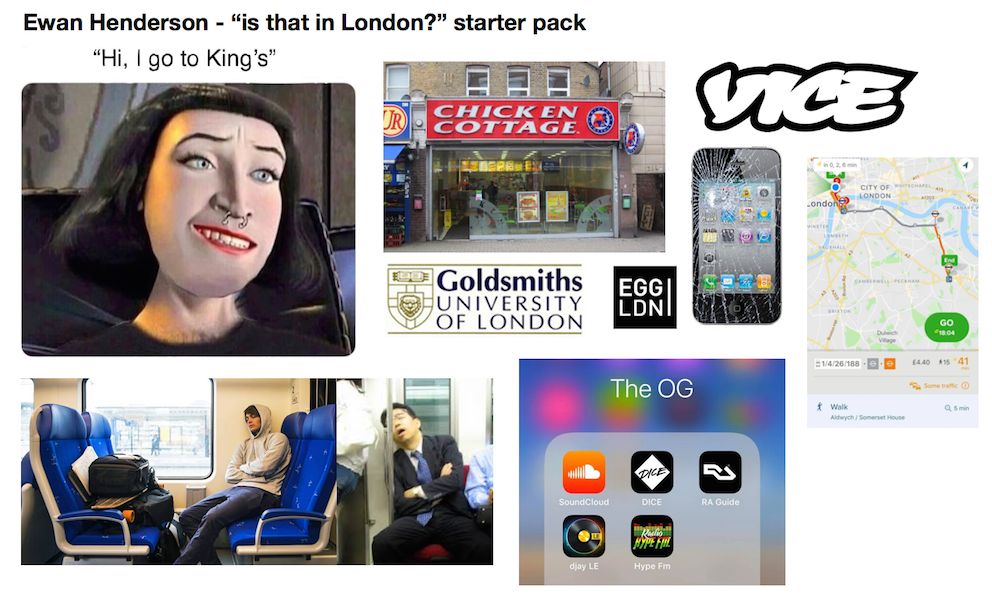 You may as well be at Goldsmiths

I thought Southwark was bad, but living in New Cross? Is there anything worse? Ewen Henderson is so close to Goldsmiths you may as well not go to King’s anymore.

They're permanently tired after a nap on the two trains they have to take to get to Strand. Their hoodies double up as a sleeping bag for these sleep-deprived students. They’ll start to think living in South East London makes them cool and may purchase a snapback, but it will be a bad idea. 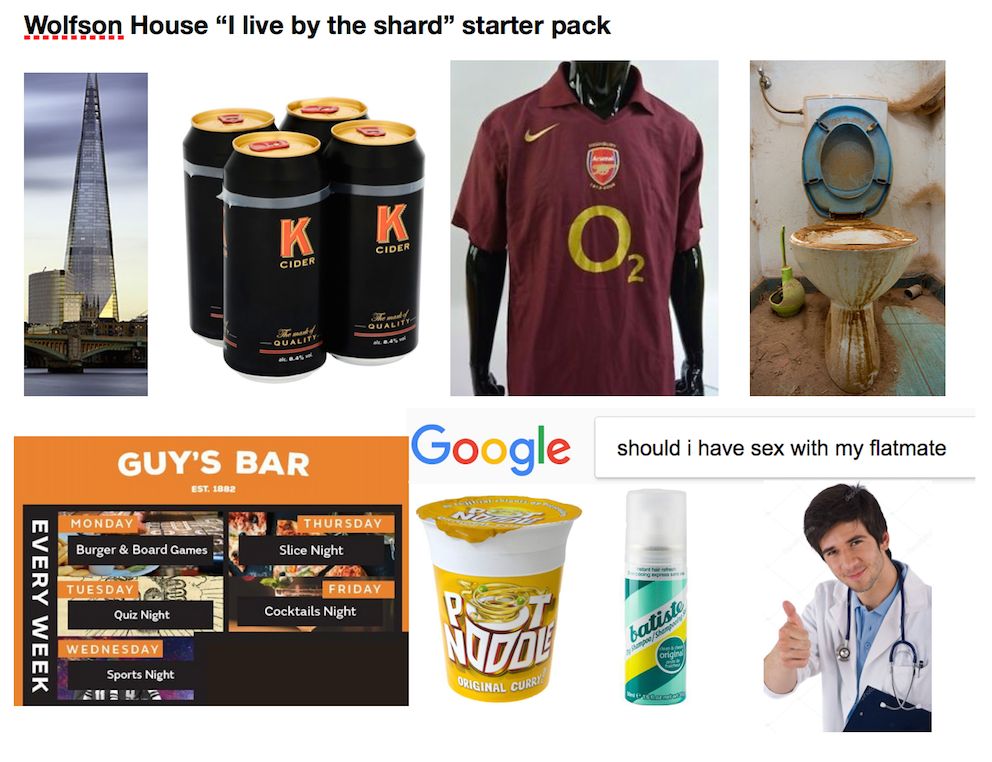 Bad, but not boujee

Okay, so a view of the Shard is decent, but not enough to make us envy those who live at Wolfson House. A sink in the corner of the bedroom is something most would rather pass on, but it means Wolfson House residents are those living the closest to true student life. They’re not about that luxury bullshit.

You’ll find them wearing some kind of oversized jumper and/or denim jacket, clutching a can of K cider as they fully embrace the student aesthetic.