Baptised by medics and snakebites

As a humanities student I used to despise Guy's Bar. I didn't understand why I was being dragged at least every Wednesday to stand in a queue for an hour (during which you sober up very quickly) to enter into a dark hovel that is generally drenched in alcohol and no matter how drunk you are, everyone seems worse off than you.

Guy's Bar has a long-standing tradition of being the most popular watering hole at King's. It's overrun at least every Wednesday by GKT sports team members for an evening of general debauchery and unheard-of levels of drunkenness.

Whispers down the queue told me that going to sports night is like being welcomed into an incredibly fucked-up family, or joining a cult. It's also hailed as a student bar to end all student bars – a GKT shrine, temple, and sanctuary.

Last year, I only went about four times before I gave up. Guy's Bar was just not meant for me, I reasoned with myself – but why does it seem to be for everyone else? What am I missing?

In the spirit of investigative journalism (who are we kidding), I wanted to learn more about the popularity of Guy's Bar. So, myself and my Guy's Bar fanatic flatmate set me a challenge:

I would spend another three Wednesdays at Guy's Bar, with the people of my choice. Any negative comments about the night would be met with a punishment shot (that obviously, I had to pay for).

Wipe that tear from your eye, and witness my journey to becoming a changed woman:

Queue was horrendously long. Made up for it by singing boisterously with mates and doing jumping jacks to keep from getting cold. A girl who very nearly cried when she thought she had hurt me bought me a drink, and all was forgiven. Made a complaint – punishment shot, which somehow turned into a round of punishment shots for everyone else, 'because we all had to hear it'. Left thinking the night had been nothing special, but that it hadn't been as bad as I thought it would be. 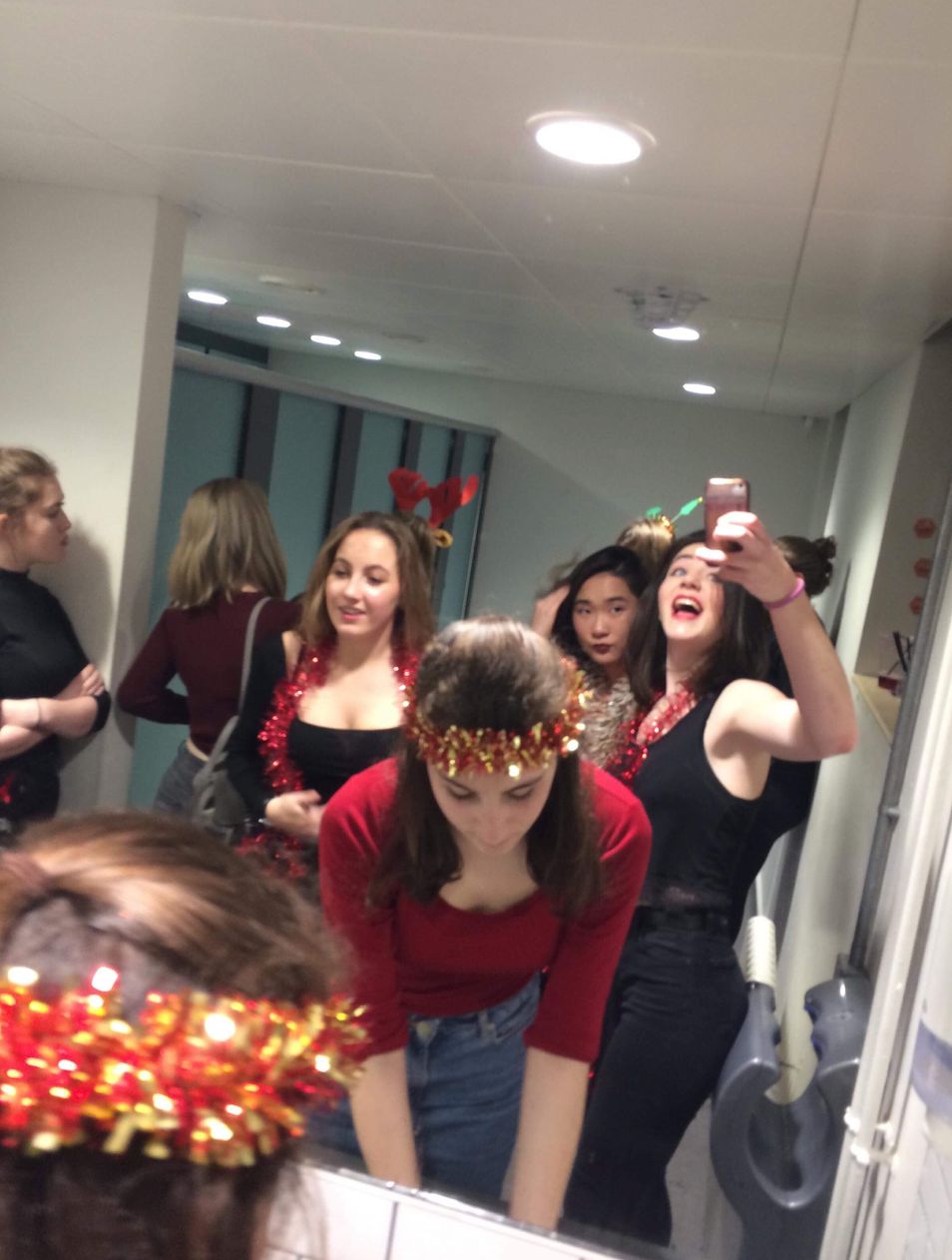 The lack of normality in this picture worries me

The thing I dreaded the most happened – I fell. On THAT floor. Maybe it's whilst I was sat down there that I had my grand epiphany – that it didn't matter, because I survived. In fact, I was picked up by my friend and a stranger wearing nothing but a pair of trousers and a tie, and then carted off to have a recovery pint. Maybe this isn't all so bad. 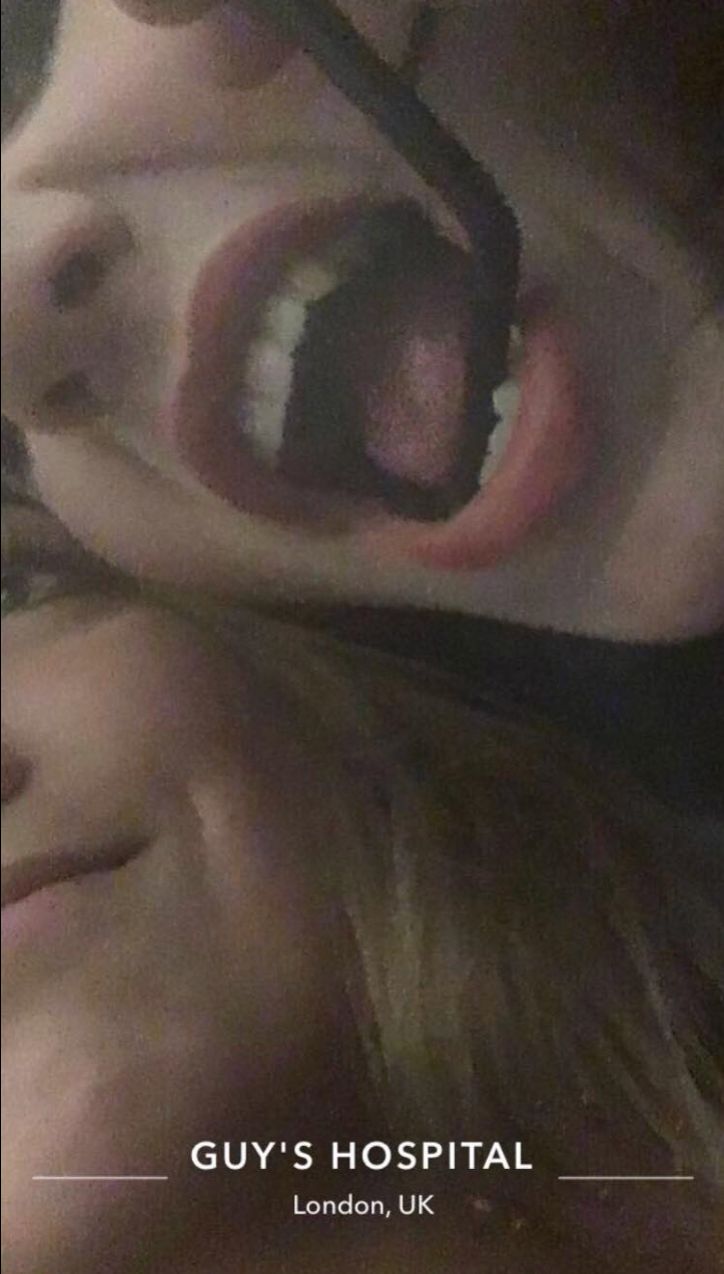 Wednesday #3 (End of May exams)

As a final challenge to myself, this Wednesday, I took to Guy's Bar alone. In true Guy's Bar fashion, I stood in the queue alone for about 5 minutes before the girls in front of me struck up a conversation. Helped one of them sort out drama with her boyfriend. Helped another scribble on her shirt for her themed outfit. Got drunk with all three of them, shared a post-Guy's Bar kebab at Café Rossi with another. Added all four of them on Facebook. I became aware of the true nature of Guy's Bar – like the teams it hosts every Wednesday night, it is truly about teamwork and family. 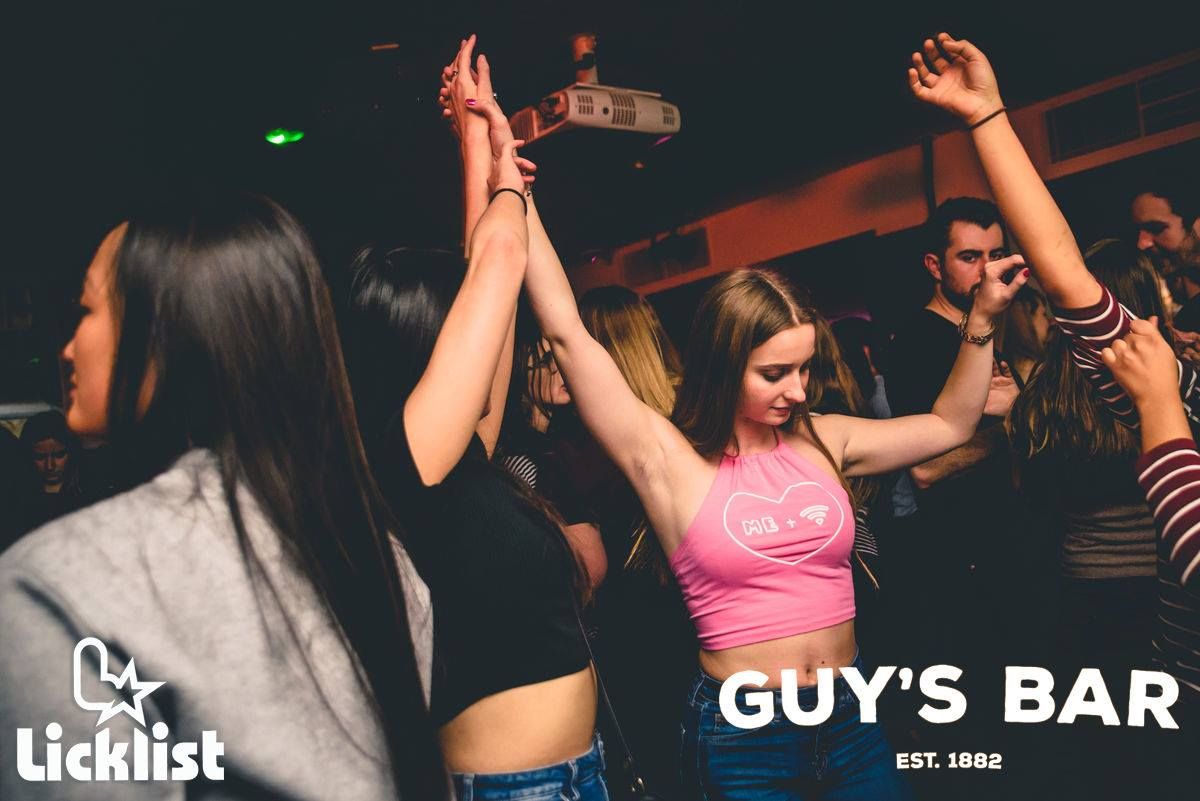 Say it with me now: I like Guy's Bar. With a little perseverance and a lot of alcohol, and of course, some self-discovery, I finally get it.

I do still have one question though – why the Baywatch song, and why does everyone get naked?