Turn your night out into a work out

Every newfound health connoisseur past the acceptable clubbing age loves to tell you how unhealthy going out is. There are 180 calories in a pint, blah blah blah. Yes, we’ve heard it all before, thank you very much.

At some point you’ve got home from a night out so knackered that you’ve wondered to yourself: surely I must be burning some calories with all this boogieing.

So, in the true spirit of Varsity this year we decided to put this theory to the test and worked out whether we actually burned off more calories than we drank. Using a fitbit to work out kcal burned, this was all very scientific, obviously. 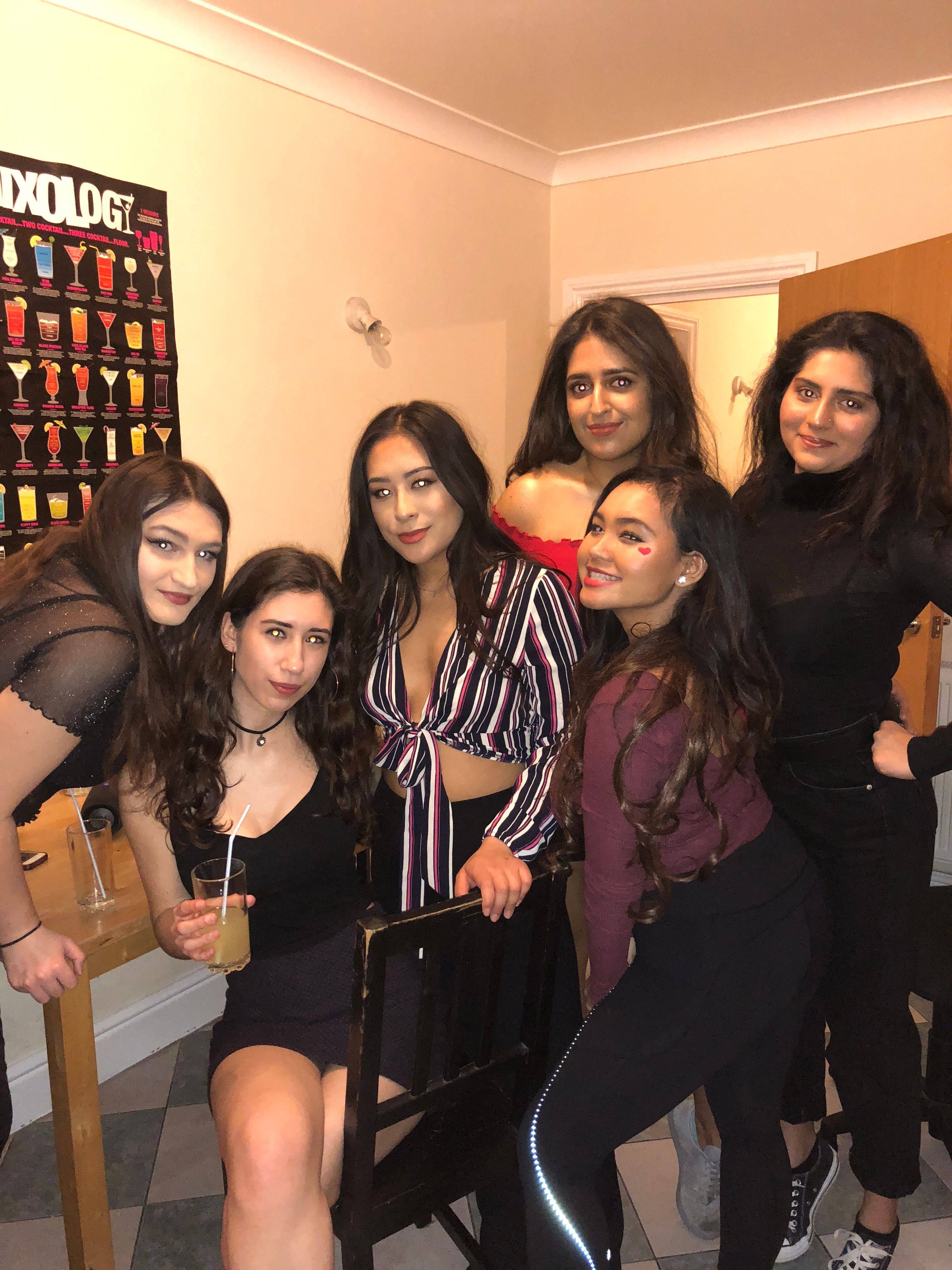 Starting off with a strong pre-drinks, the vodka started to flow. Let’s estimate about three vodka mixers each, although it was probably more ngl. Accounting for intermittent squirts of vodka from a handy water gun, four shots of vodka currently amounts to 388 calories each.

At some point a box of Lindor chocolates made their way onto the table. Yeah, we don’t fuck around with Cadbury’s. Two of those adds on an extra 150 calories per person.

Leaving in a rush, as always, a quick one minute run to the bus stop burns about 5 calories each – literally 3% of the calories in one Lindor ball. Fab.

Armed with a bottle of vodka and flat lemonade, dashing down the piss-stinking stairs from Waterloo Bridge had become a challenge, sobreity had evaded us. This, combined with standing shivering in the queue for the next 20 minutes probably burnt a fair amount of kcal. 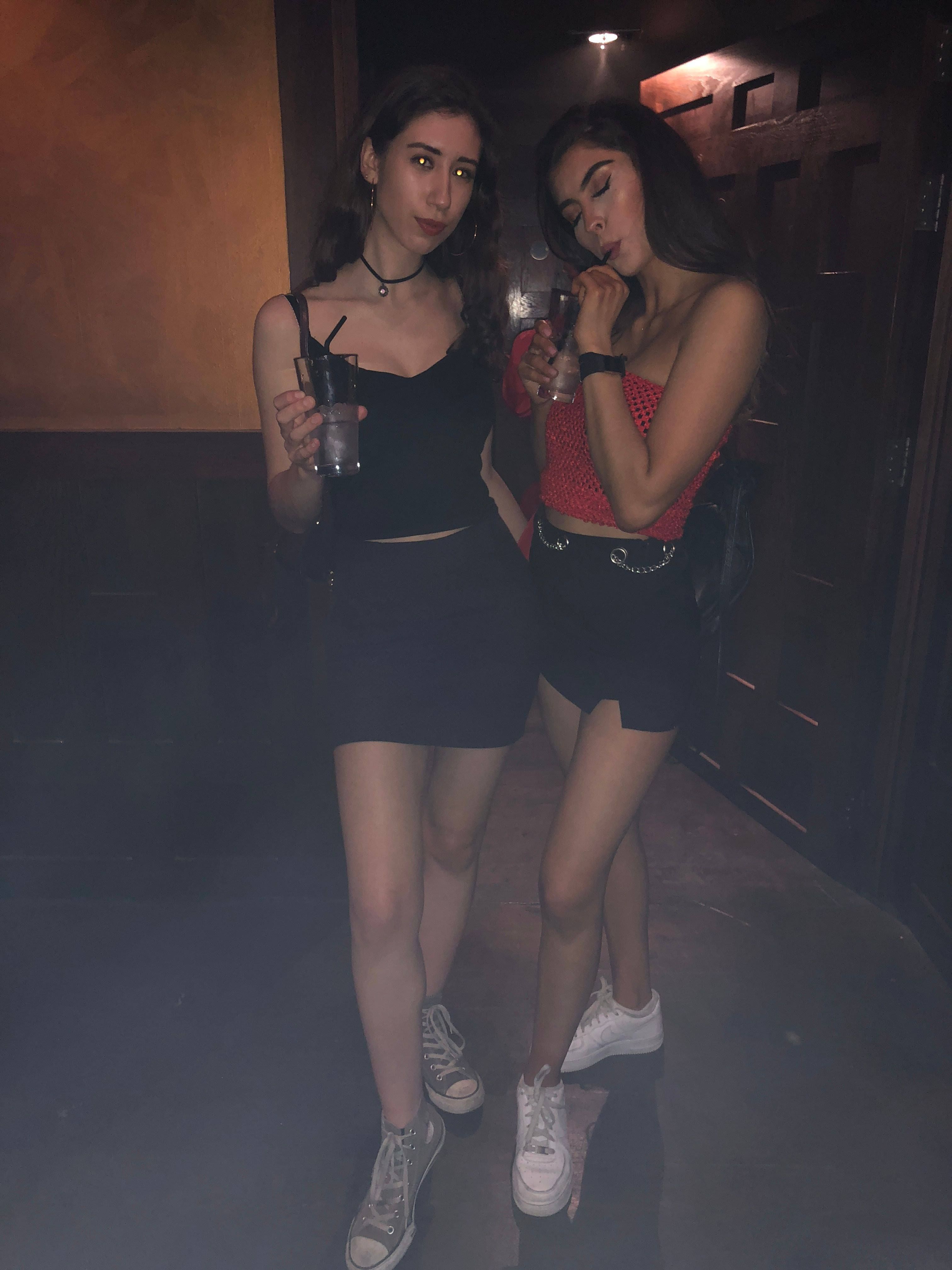 Finally and miraculously, the whole squad made it into the club after waiting for what felt like a lifetime in the queue, no one fell prey to the wary eye of the bouncer or the last minute chugging of vodka.

First stop: the bar. We both opted for a low calorie drink: a trustworthy double vodka soda with lime cordial, adding on another 110 calories each. 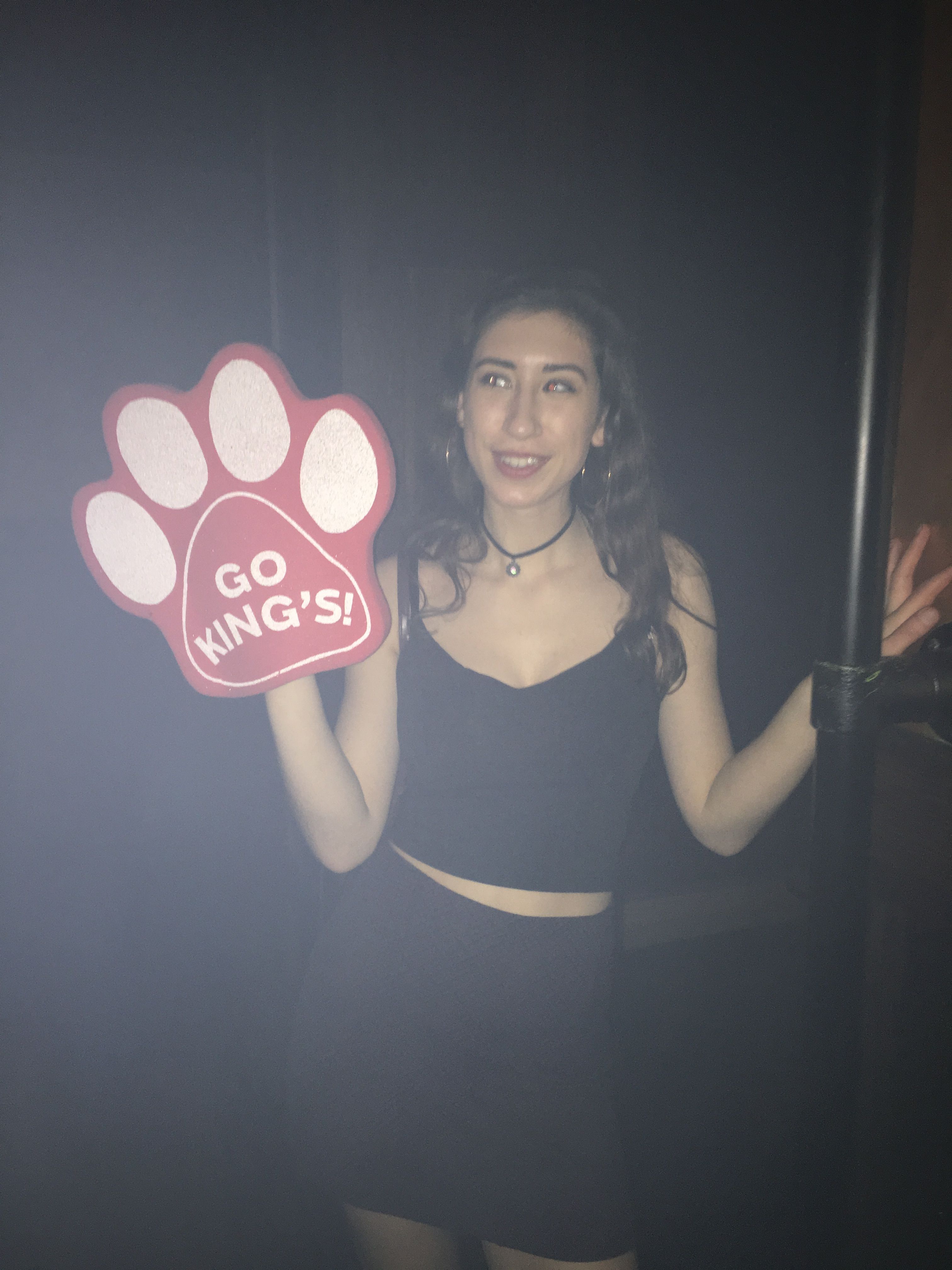 Feeling suitably bevved, we started chatting shit to people who we recognised from King's and slut dropping on the dance floor. The night out had begun. 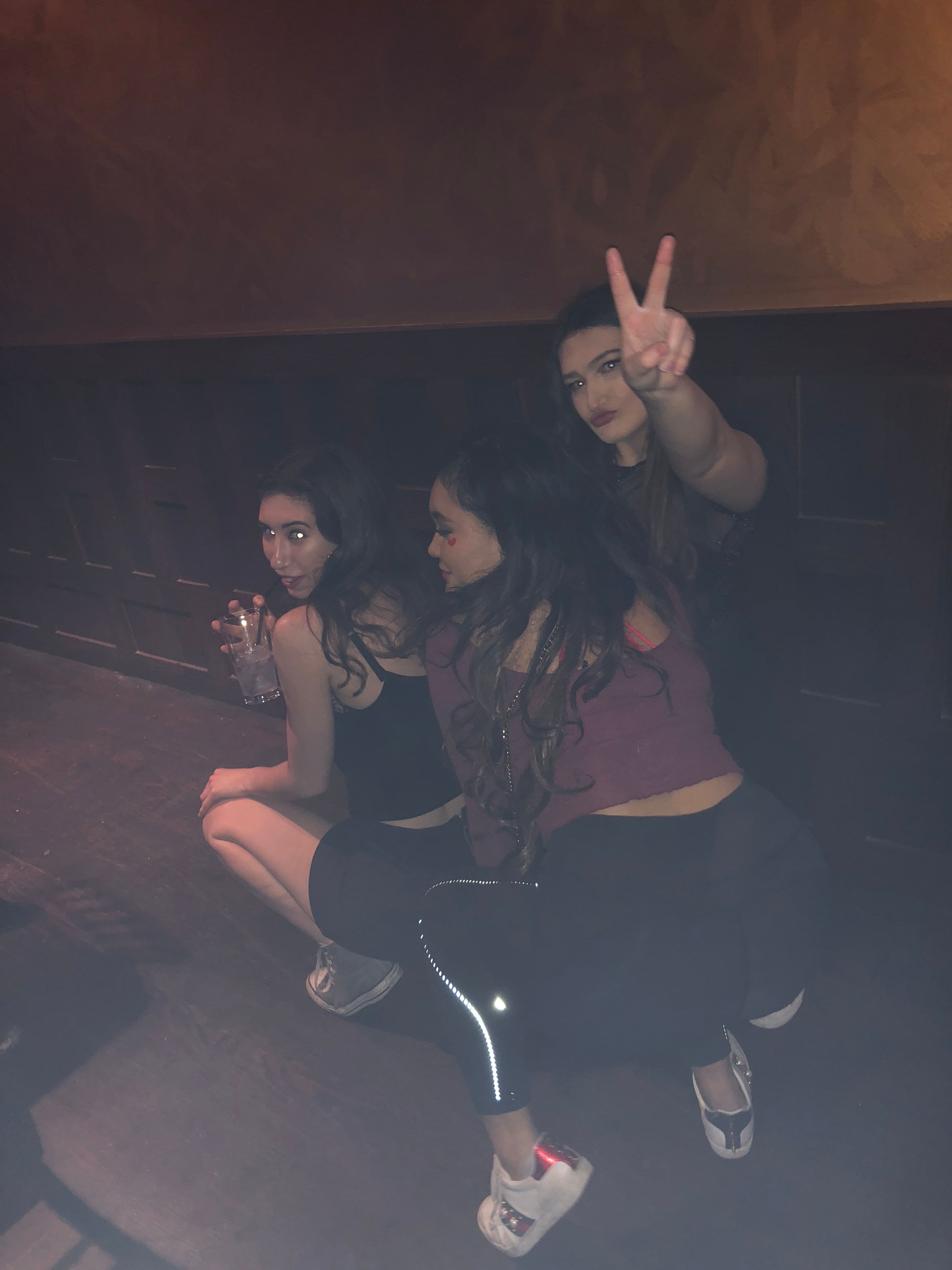 Now it was time for shots. We ventured up to the upstairs bar, what a stroke of genuis, we had probably burned a few calories on the walk up and definitely from bumping into some Rugby boys. The upstairs bar queue was basically non-existent so within two minutes we had acquired a Jagerbomb and another double vodka. This totalled 158 calories for the Jagerbomb and 110 calories for double vodka – 268 calories total each.

A quick shout out to the man stood at the bar who gave us two Jager shots, thank you, and hope you're well. This added on another 103 calories for one Jager shot each.

This was where things became a bit blurry, our card records show us no more drinks were consumed, not that we had bought for ourselves. 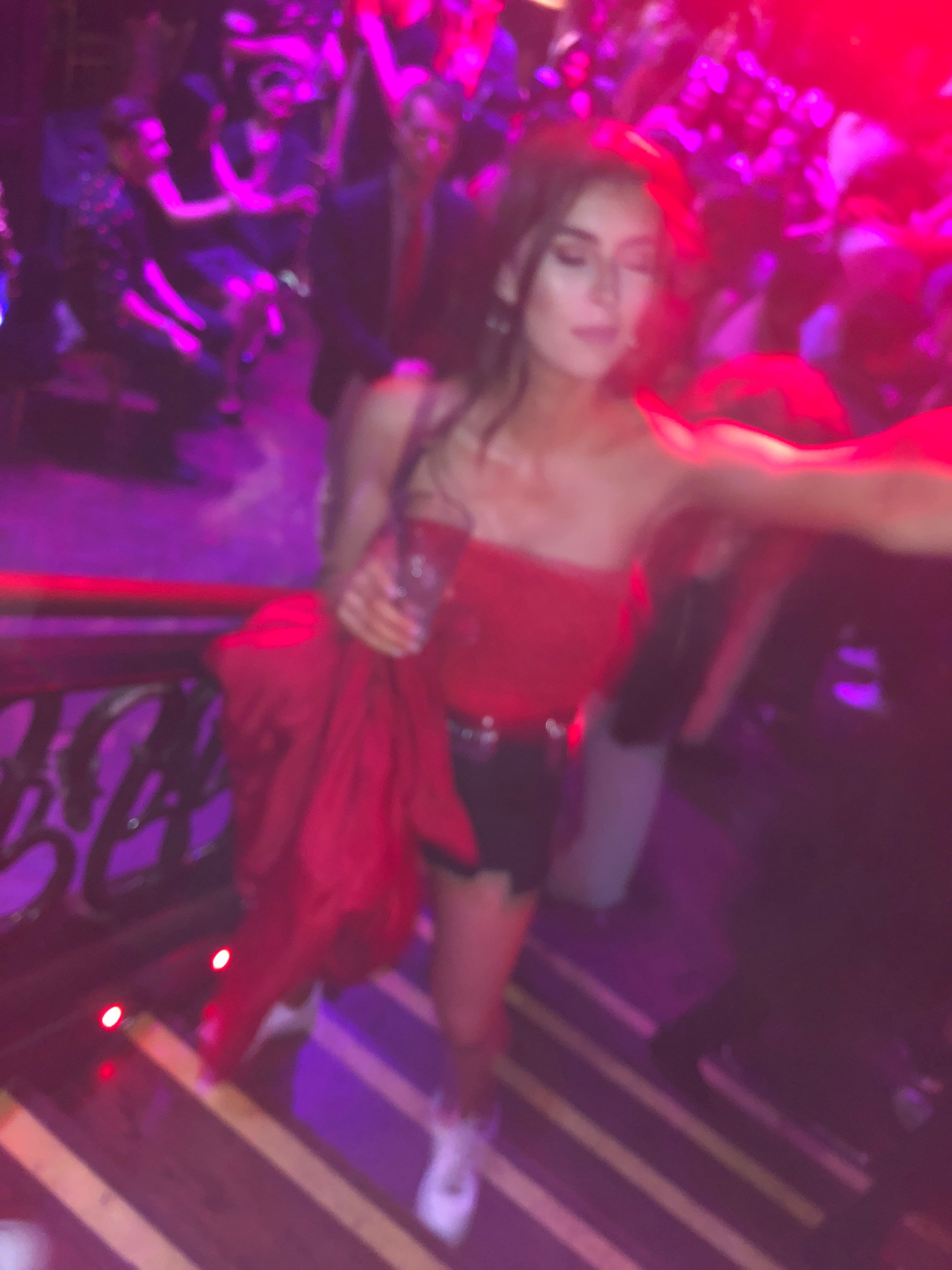 If we recall correctly, our time was spent mingling with other King's students, that in the sober light of day we would never acknowledge again, and working off the Jagers consumed by breaking into dance upon hearing our 13 year old selves' anthem, All Star's Smash Mouth. At roughly 3am, we decided to head home.

With McDonald’s in our sights, we sprinted along The Strand driven by the thought of some heavenly chick nugs, only to find that it was closed for refurbishment. The horror.

Settling for a nearby Subway instead, we consumed 280 calories of chicken teriyaki goodness before ubering home. Safe and sound in bed 🙂

As GCSE science all taught us, all good scientific experiments need a coherent conclusion and some pretty advanced calculations:

Hurt, heartbroken and broke from the £6 jagerbombs, it’s hard to come to terms with the fact that not even our manic dancing could burn of the calories of the 7+ drinks and subway we consumed. However, 300 or so calories difference, let's be honest is really nothing, so go out, have fun, have a few drinks, indulge in a post sesh subway. Would the results of this have convinced you otherwise? Probs not.