‘When your university censors its own lecturer, you know things have got out of hand’

In the wake of the last week’s highly documented protest against Sargon of Akkad & Yaron Brook, yet another event organised by King’s Libertarian Society has been postponed.

Dr Adam Perkins lecturer in the Neurobiology of Personality at King's College London was scheduled to speak on Friday 16th March about the importance of free speech.

Despite being a lecturer at this university, the talk was deemed a 'high risk event' by KCLSU for past controversies Dr. Perkins had apparently accumulated. A petition from the KCL Somali Society insisting on an apology from Perkins for previous disputes attracted 400 signatures.

The talk was later re-scheduled at The Ship and Shovell pub next to Charing Cross on the same day as an 'informal chat'. The purpose of the chat was to discuss issues without having the SU regulations. 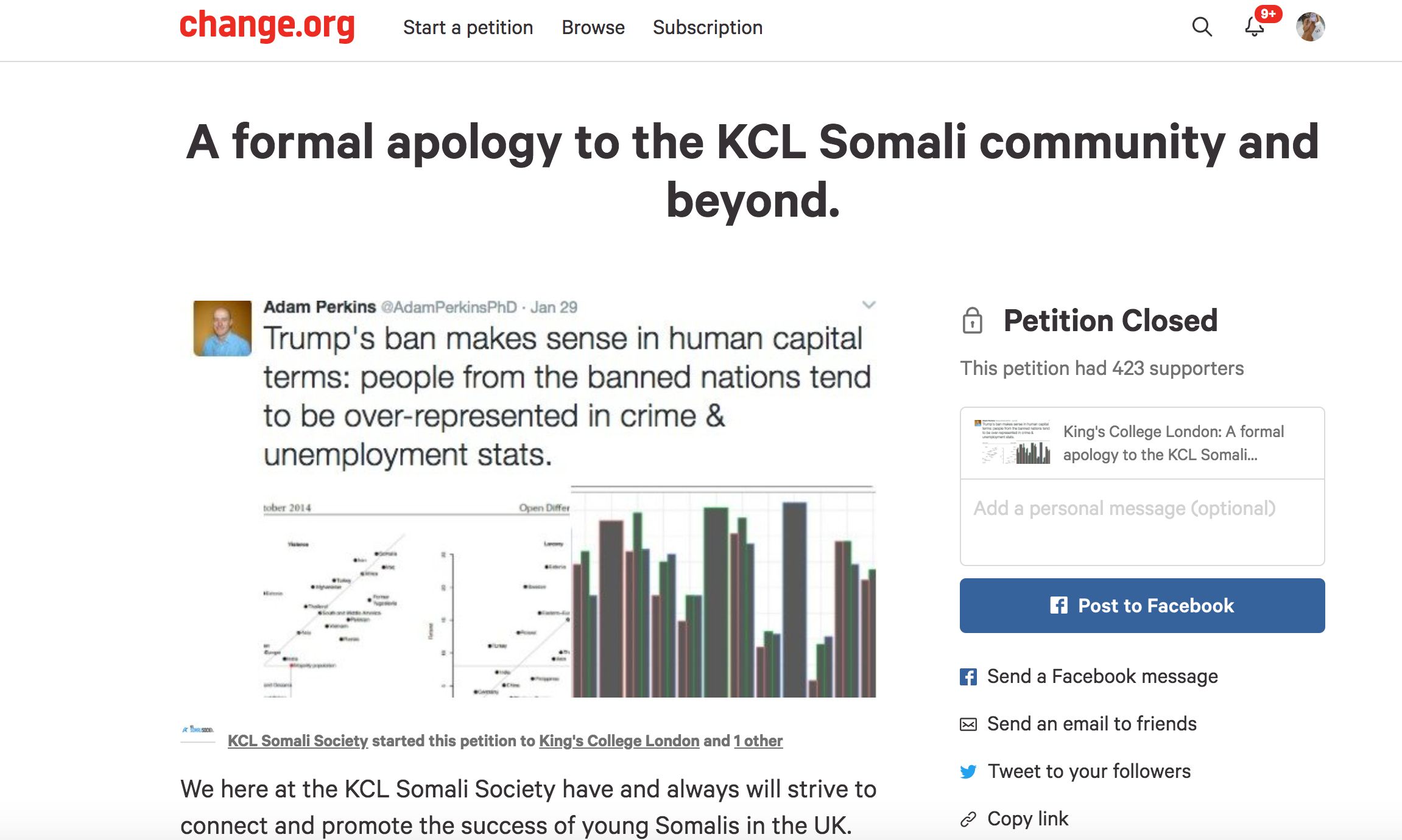 A post releasing the news on the King's Libertarian Society Facebook page stated that the society "will continue to protest the restriction of our society’s rights, as well as defending the right for all lecturers, students and visiting speakers to free speech on our campus.

"We refuse to accept the King's administration's blatant pandering to a vocal violent minority, who wish to silence opposing views."

When your university censors its own lecturer, you know things have got out of hand. The talk was meant to be about…

The Telegraph covered some of the controversies that Perkins has been involved in previously – namely that he supported Donald Trump's travel ban because it "makes sense in human capital terms", as he stated that “people from the banned nations tend to be over-represented in crime & unemployment stats”.

In another claim, he also suggested "that children whose families are dependent on benefits tend to be even more unmotivated and resistant to employment than their parents."

Both comments were then taken back and apologised for.

In response to his talk being postponed Dr. Perkins gave this statement to the Libertarian society:

“I am disappointed that my lecture on the scientific importance of free speech has been postponed. Free speech in science is crucial because it means different opinions can be debated. If we allow one side of the debate to be silenced because it is deemed "wrong-think", we will remove it's balancing effect and thus impede the development of scientific understanding.”