Messages include ‘All u mentally diseased need to be put down’

The President of the LGBT+ Society, Georgie Spearing, has been receiving threatening and homophobic messages on social media since being elected LGBT+ Officer earlier this month.

Examples of direct messages sent to her on Instagram include: "You advocate Paedophile men dressed as little girls. Kill yourself. :)" and "All u mentally diseased need to be put down".

In another private message, Georgie was called a "stupid tranny bitch" and "mentally diseased".

Speaking exclusively to The Tab, Georgie says her inboxes are spammed at least five times a day with these disgusting threats. Even since first becoming President of the LGBT+ Society last year, her social media, emails, private messages and more, have been inundated with "homophobic hate, death threats and doxxing threats". 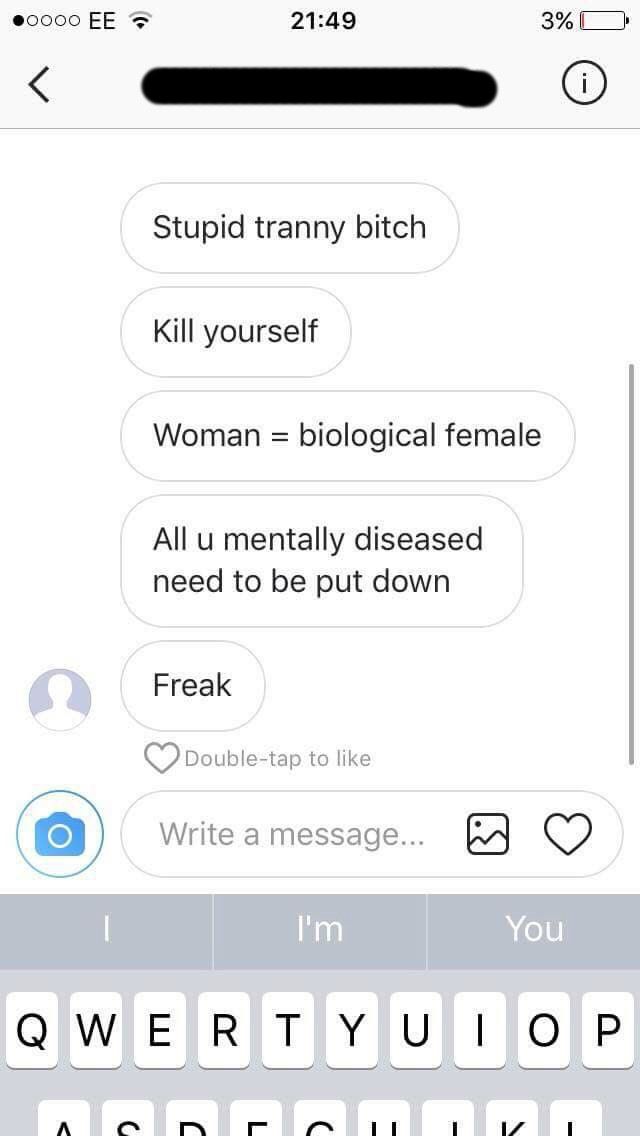 An example of the abusive messages Georgie has received on Instagram

Yet during the past two weeks, as King's has been increasingly challenged for its freedom of speech policies, the hate has increased massively after people accused her of being involved in the Antifa protests (which she says had no role in) and her recently elected post in this year's election.

Georgie says the common theme between all the death threats is that "these are the kinds of people that don't think LGBT+ should be legal, let alone public and openly championed and celebrated". 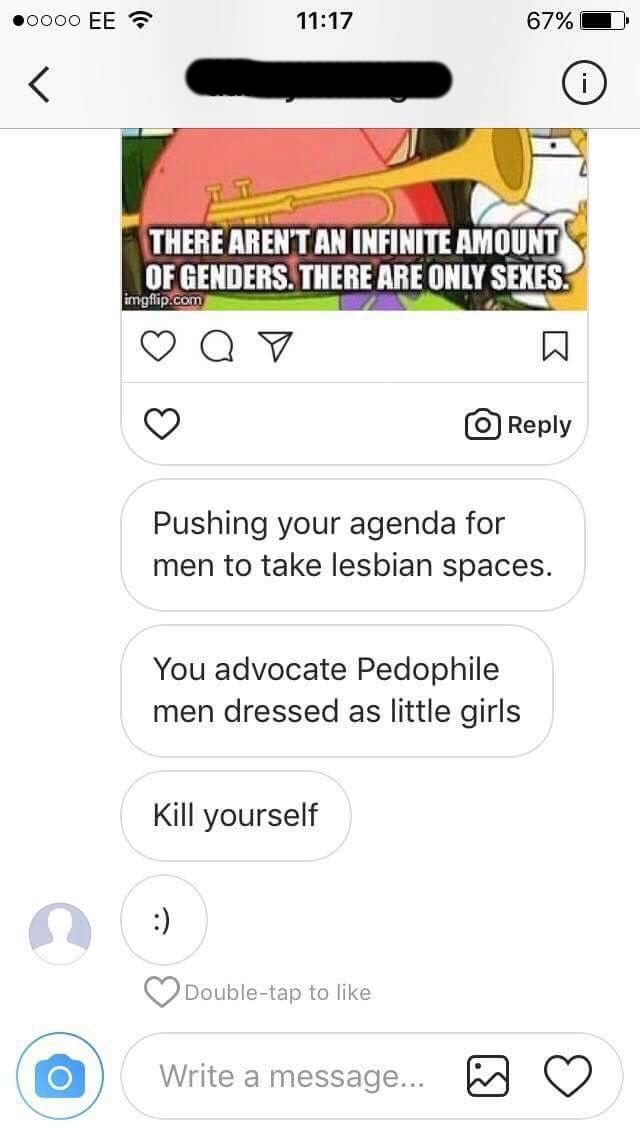 Starting her new position this year, Georgie is ready to accept the demands of being an Officer for the SU. She blames the majority of hate due to a lack of education or a perceived ignorance – this isn't stopping her from fulfilling her job. "The more work I do: the angrier they become and if anything this motivates me to do even more."

Georgie says she has also faced discrimination from major societies in the process : "The KCL Christian Union refused to participate in our remembrance ceremony for murdered trans folk saying this was against their constitution. The Islam and Jewish societies both happily sent representatives."

Georgie says she wants to thank the majority of the student body for voting her in as the newest LGBT+ Officer, adding her main aims listed in her manifesto are challenging homophobic and transphobic counselling services, queering the curriculum and more gender neutral toilets.