Review of King’s Players production: ‘Why did the chicken cross the road?’

Spoiler: it’s literally just to get to the other side…

I went to watch The King's Players student-written production 'Why Did The Chicken Cross The Road?' by Matthew Hennigar staged last weekend, and the majority of the audience came away with some very mixed feelings.

So, each word that makes up the joke – why did the chicken cross the road? To get to the other side – is a character. "Why" was played by Dom Rawson, "did" was played by Gusta Matthews, and so on. Each word is followed throughout the play, as they all search for their meaning and attempt to reach the 'real world'. This is an undeniably weird, slightly confusing concept, but nonetheless one that had real potential to poke fun at and explore our use of language, and give feelings to the words which we so casually use in our day-to-day interaction. 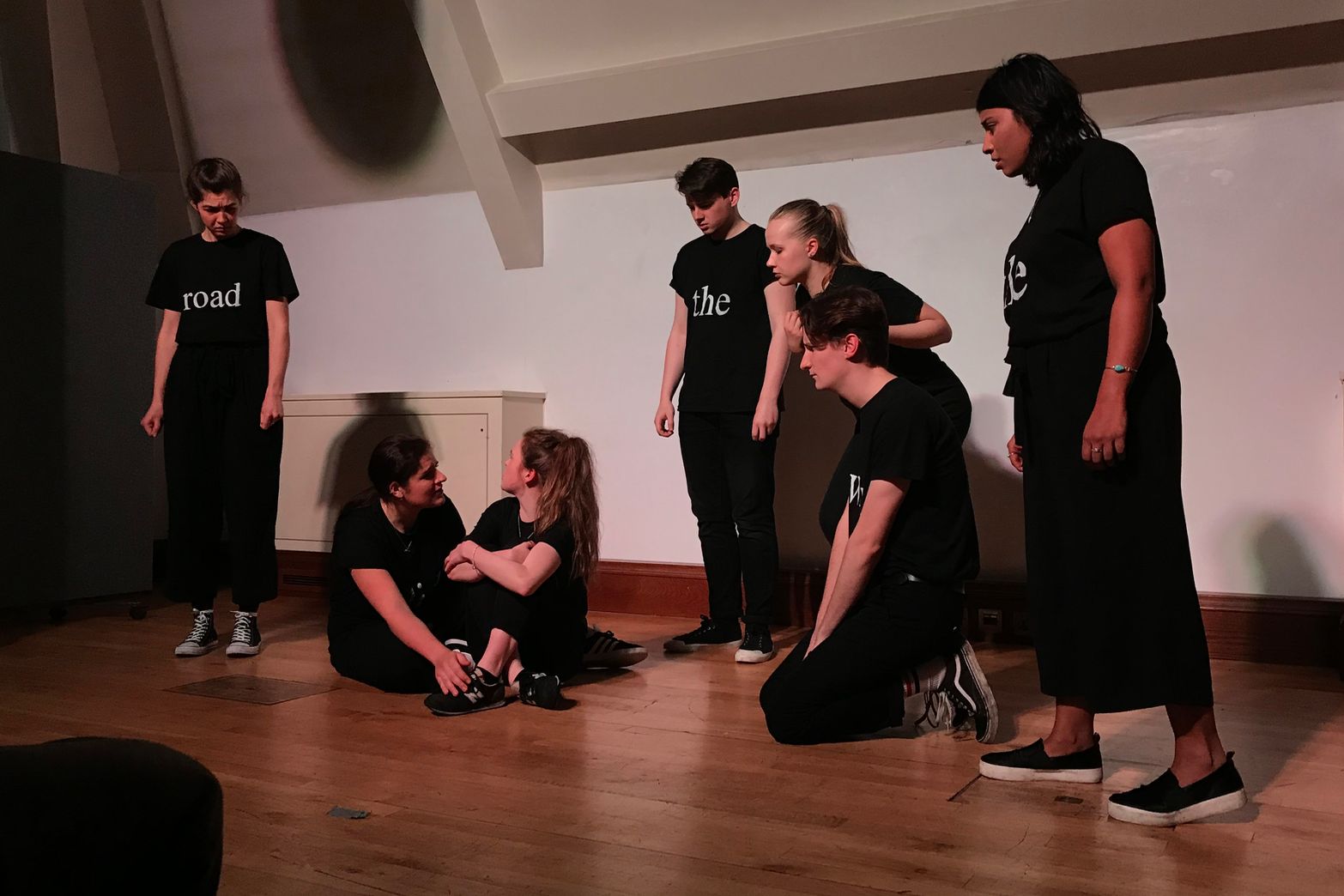 However, the play provokes questions as to the level of depth in the play's key themes after reading it's description on the KCLSU website and The King's Player's Facebook page: "…questions of gender, identity, and community are at the forefront of the action…". With themes as large as these, it really felt like the play set out to tackle too many issues, almost systematically one at a time. The concept would have been executed more successfully if it didn't try to touch on so many issues, and if the running time was reduced – 2.5 hours felt at times a little excessive.

The acting was mesmerising, at moments you really felt yourself sympathising with each word experiencing the torment of losing its meaning. There were also some witty executions of wordplay and subtle sexual tension, such as "Road's" fear of being crossed, and that the chicken should tread carefully because it "was only her second time" (classic). However, what was the point of the unnecessary amounts of kissing that took place between the characters? It didn't truly add to the plot.

Overall, whilst there were some excellent individual acting performances, I can't help but feel left wanting a lot more from a concept that seemed so promising – the one liner style gags are there, and some of the philosophical thought and literary theory does work when presented in this dramatic format.

It could have done with being a lot shorter, helping to maintain engagement within the audience, and come to a slightly better conclusion other than to just establish an existence both as a separate word, free of meaning, but also as part of a collective joke.