We binged on 10,000 calories worth of food in celebration of Galentine’s Day and no, we don’t regret

Donut try this at home kids

What do a bunch of good looking single girls usually do on Valentine's Day? Go out clubbing or chug some wine and watch Mean Girls… no that's just a typical Wednesday night. This year we wanted to try a new way to celebrate #galentines and eat as much as we could in 10,000 calories of food usually eaten on Valentine's Day.

We had to plan this two weeks in advance so that our bodies didn't go into absolute shock. We did our best to divide the feast into sweet and savoury proportionately and assigned each other shopping lists. Safe to say our Tesco and Sainsbury Locals were truly out of stock for a couple of days.

We know that 10,000 calories is on the verge of extreme, but trust us when we say it was worth everything. Here's a breakdown of our day in overeating, happy donut day!!

I had initially set my alarm up for 10:00 am as I assured my binge buddies that I would safely secure 5 pristine doughnuts for them before the lines got crazy. Point is, doughnut time has a history of selling out so it was essentially a life or death situation if the first meal of the day didn't deliver. We memorised the flavours a week prior to this day: 'Slim Shady, Put a ring on it, Hans Rolo, Tinderella, Tella She's Dreaming'. Sure enough, I get there early enough, avoid the line and leave the nice lady at the counter with PTSD. 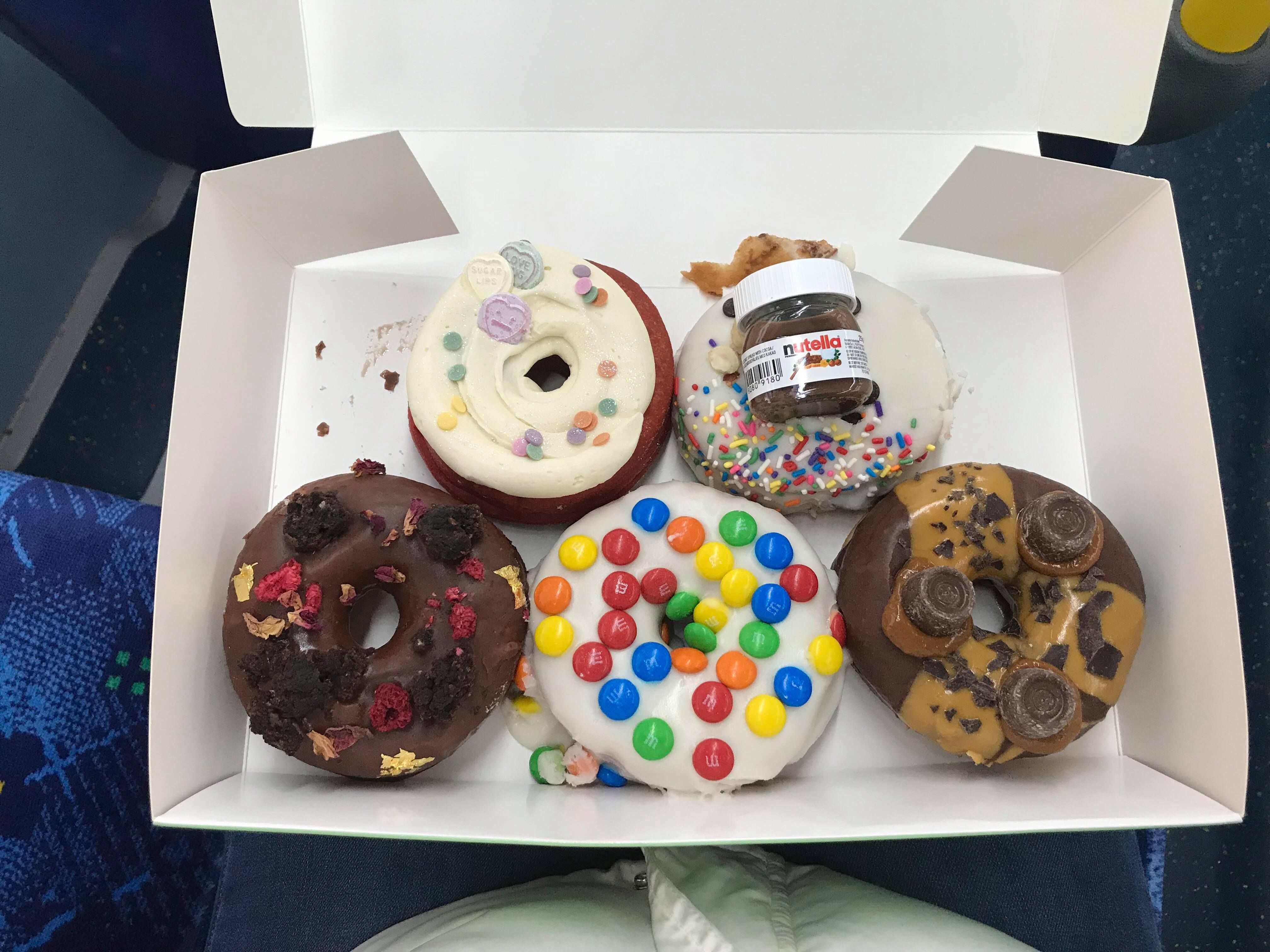 The most important snacks on our lists come from this delicious pop-up in Selfridges called 'Blondies Kitchen'. Two scoops of chocolate button cookie dough and two honey-comb fluff cookie sandwiches. It was almost as though we were begging for diabetes. Funny how just 24 hours before the two of us were describing ourselves as avid gym buffs who took part in a lot of juicing..

Team savoury shortly arrived with two large McDonalds french fries and a box of 20 chicken nuggets. The feast commenced with the five of us devouring a doughnut each and I assure you, come the cookie sandwich.. there were tears. 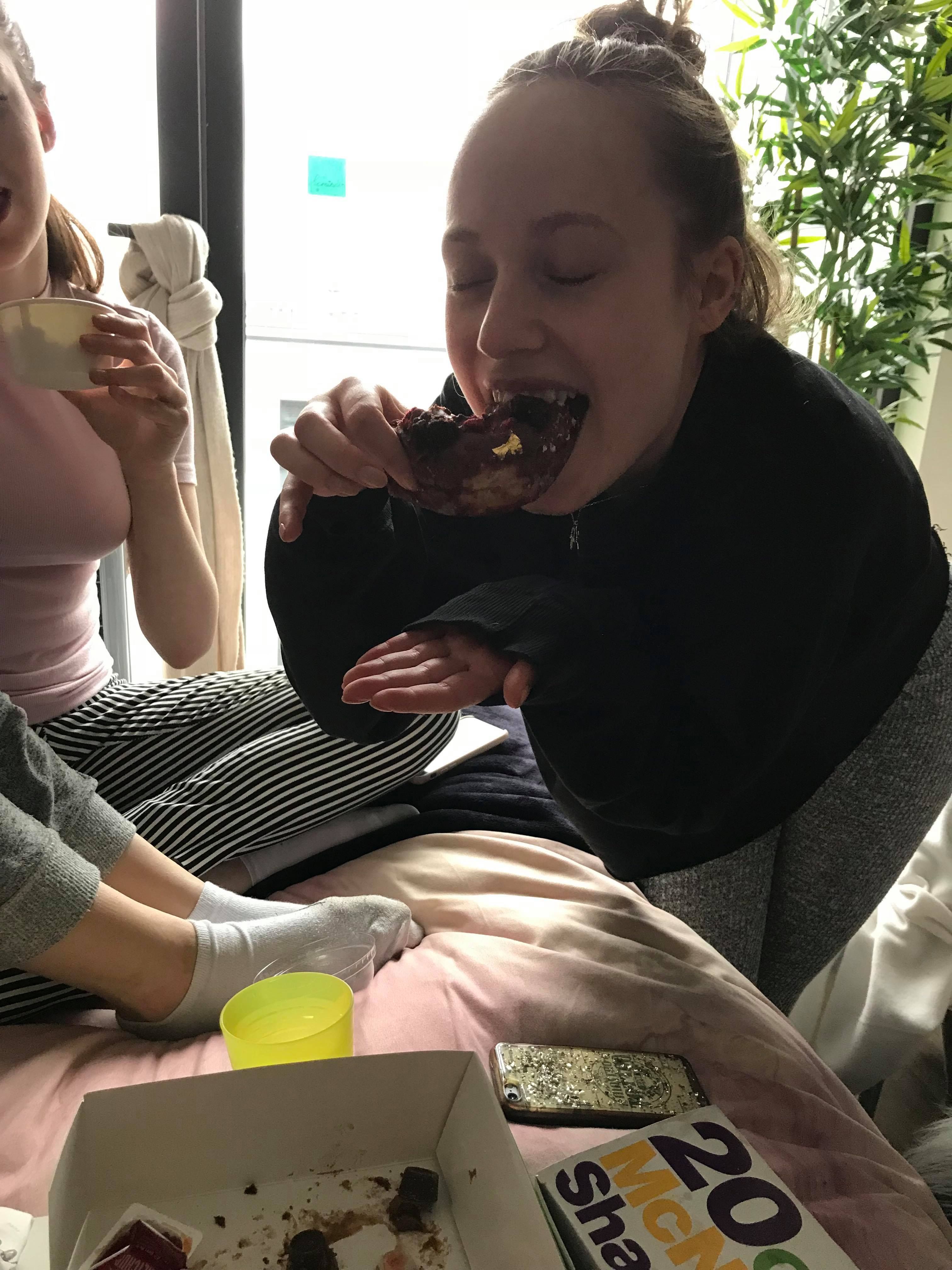 Moving back and fourth from the box of doughnuts to box of nuggets, we realised 20 wasn't enough at all. 'Enter' – Uber Eats. "Now preparing" one more box of nuggets and two fries.

The day felt rather incomplete without a movie so we settled for a rom-com with very minimal rom. We then made the unanimous decision to order a more cheesy meal to complement the occasion and accompany the movie. Papa Johns Pizza. 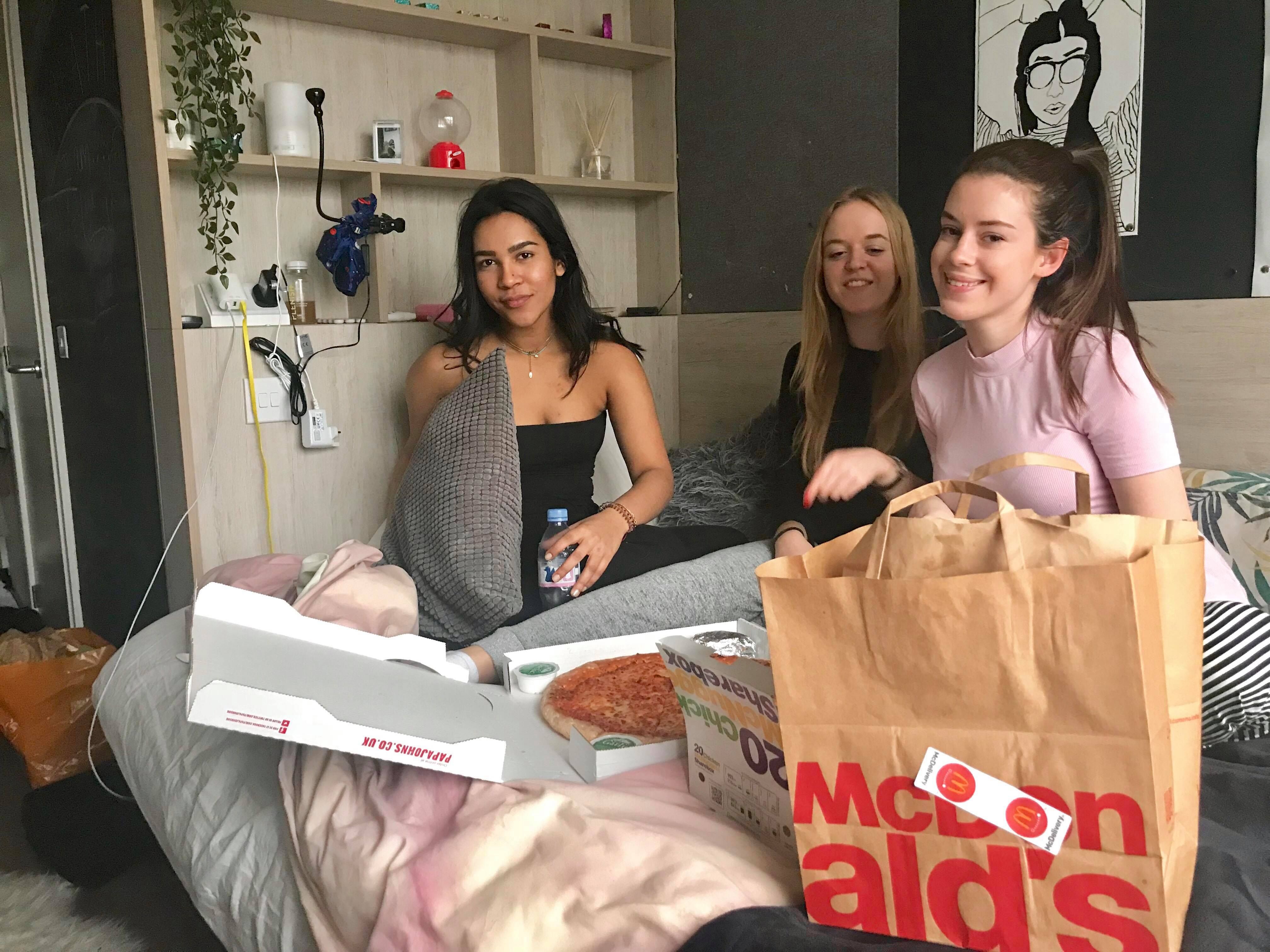 Through out the movie we found ourselves picking at the dough (with our bare hands). The strawberries proved to be rather disappointing since they were coated in white chocolate. I blame all the proactive couples who preordered milk and dark chocolate strawberries for their SO's.

Even after stuffing our faces with the most sinful meals and treats for five hours straight, we somehow managed to find the space to shove down a fraction of the, now extremely dry, burger each.

All in all, although we were stuffed to the core, pregnant AF with food babies and were torn between our sugar rush and food comas .. we didn't feel all that crappy? ….it should be noted that we didn't successfully consume the following: Half a doughnut, two strawberries and half a cup of cookie dough. 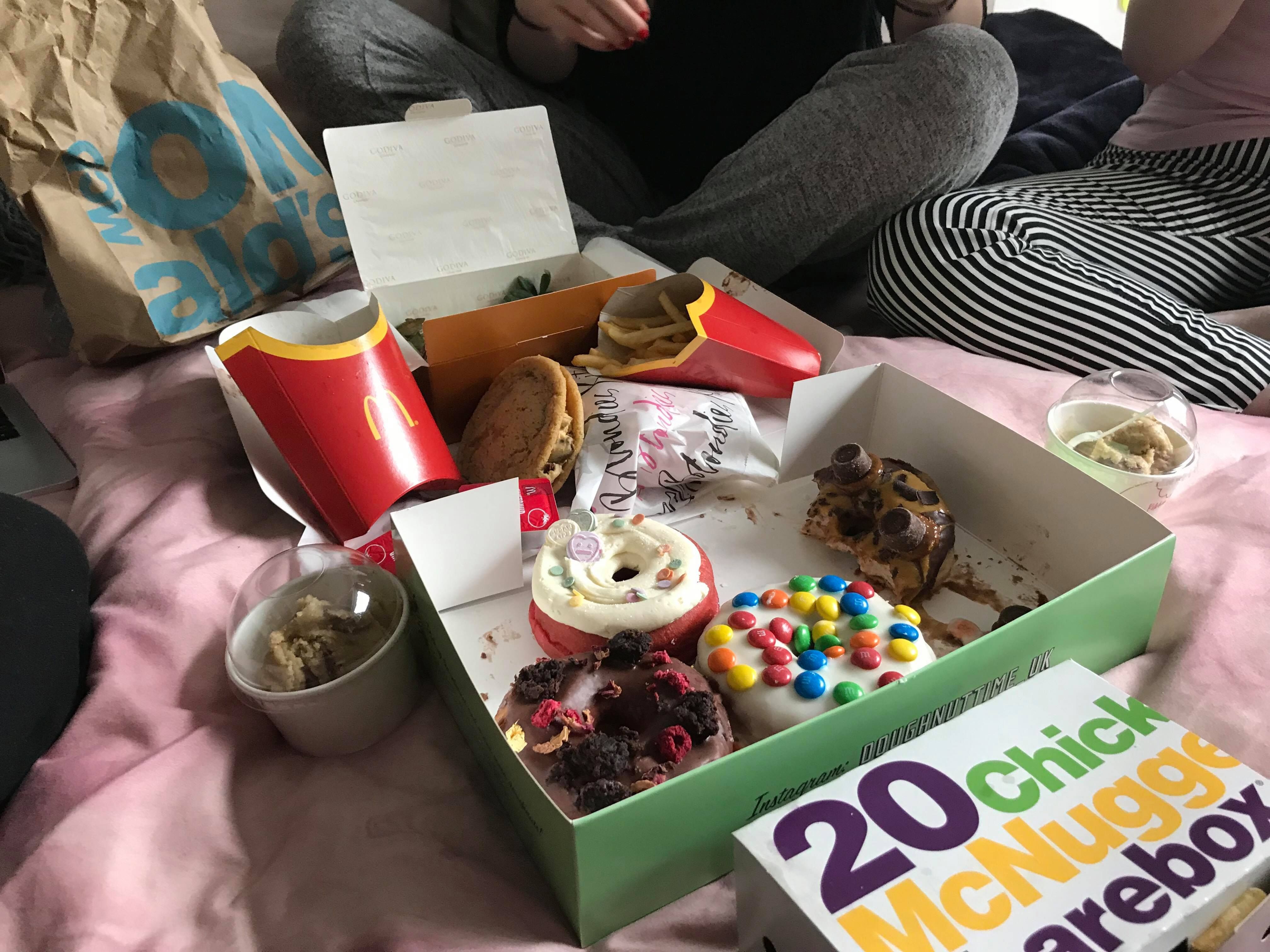 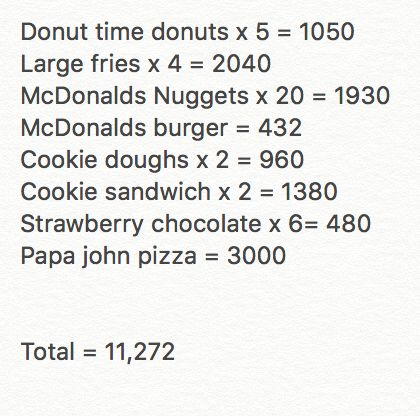 Rest assured, I'm cool with being single for all Valentine's days for the rest of eternity if doughnuts are by my side.