An American second year is sending daily PayPal requests of £2,461 to Principal Byrne to refund the classes missed during the strikes

He gets a reminder everyday until the strikes end

A second year English student at King's has thought up a new way of protesting the UCU strikes taking place later this month.

Molly Gearen, an international student from Minnesota, decided to make the most of PayPal's 'request payment' feature, setting it up to email Edward Byrne a payment request for £2,461.54, the exact cost of her international tuition for the four weeks of university disrupted by the strikes.

Within this sum is an estimated cost of £615.38 per week, so that's £76.92 an hour for her English Literature degree that has eight contact hours a week. Let's hope that neuroscientist Edward Byrne appreciates these precise calculations from a humanities student. 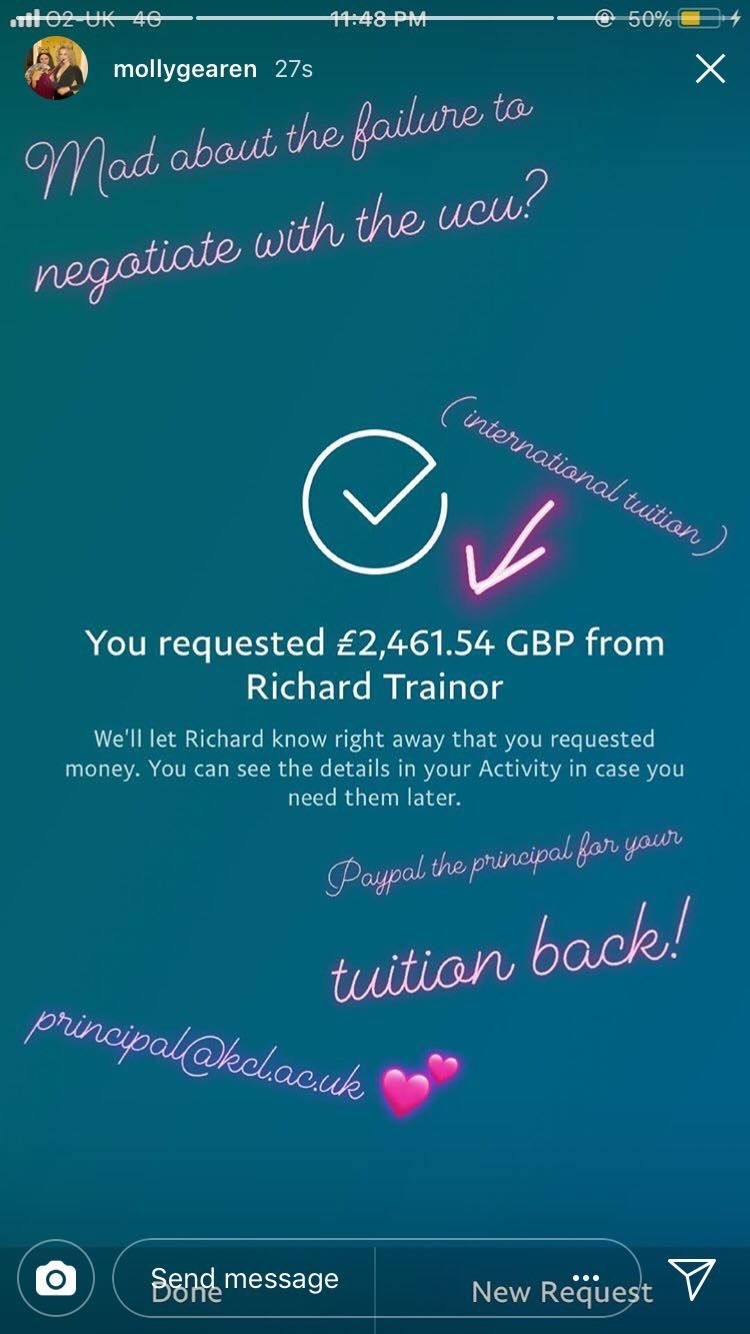 Include that mega important 54p too

She sent it through the former Principal, Richard Trainor, whose name is on the account. However, the emails for [email protected] mean that Ed Byrne gets daily reminders in his email inbox.

When asked about it, Molly told The Tab King's that she thinks it is "regrettable that the teachers have been driven to strike, it's unfair that students are facing financial pressure to cross picket lines". She went on to say that she "resents losing the contact hours of socratic-style learning which were a proponent of [her] decision to move from the Midwest to study at King's". She added that she thinks striking is a "courageous act" on the part of the professors, but adamantly calls on Ed Byrne to take action in negotiations with the UCU.

Hopefully this novel approach will catch the eye of the Principal – Molly will exercise her US First Amendment right to petition for redress of grievances every day – basically, she's going to keep manually PayPal'ing him until something happens. 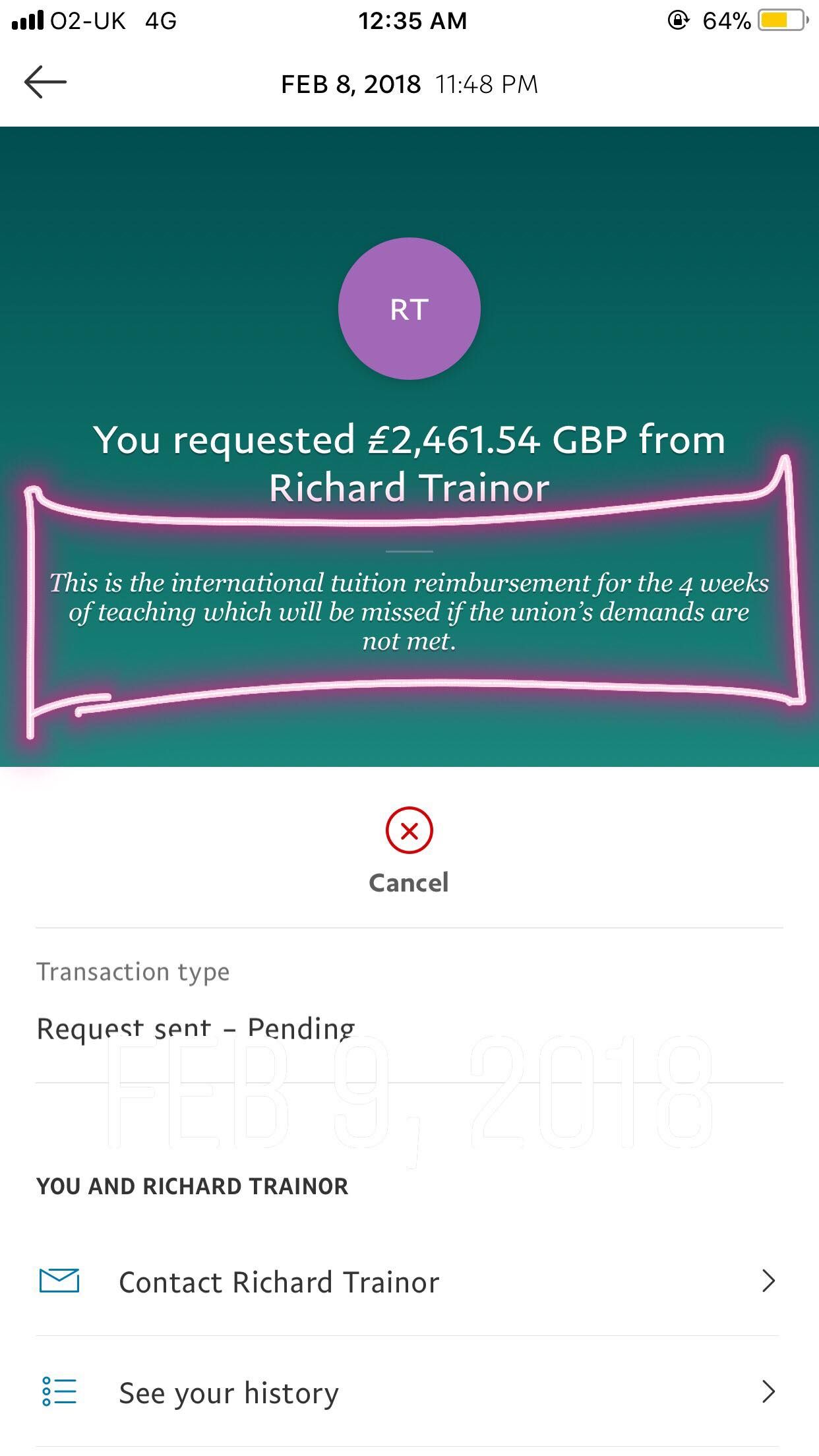 This idea prompted a lot of positive feedback when posted on Molly's instagram story, making us all wish we'd thought of her idea.

Here's hoping that others will jump on the bandwagon and get the universities to sit up and take notice!

At time of publicaton, Ed Byrne has not yet responded to Molly's PayPal request.