From the one time bang to the full scale of extra

You’re lying in bed, just about to drift off. Your alarm is set for your early start tomorrow. Sleep begins to happen. You are wholly content with your existence. And then… you hear it.

At first, it’s a faint creaking. Is someone going to the toilet? Then the sound of a bed frame colliding with a wall, but maybe it’s not that. Maybe your flatmate is getting something out of a drawer… repeatedly. “Surely it can’t be that good,” you find yourself thinking, but soon you’ll be wondering just how they can still be going.

And then, oh God, your ears – your poor, poor ears. You try to block it out, but it’s unmistakably a voice. And it’s making the kind of noises you’ve only ever heard in the most wildly overacted pornograms. 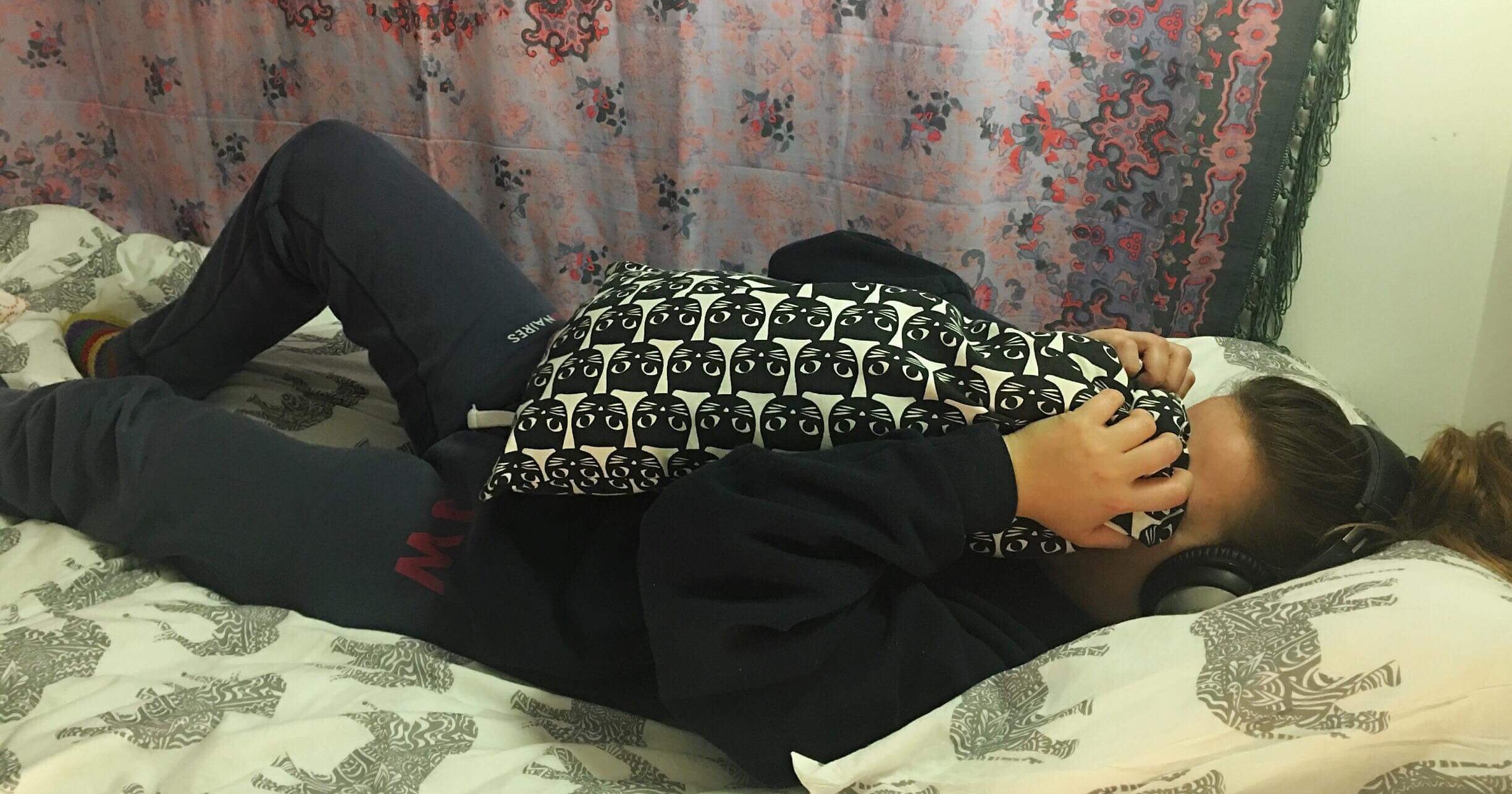 You thank the powers that be that it’s over, but it’s too late now. You’re awake again, you’ve lost that good night’s sleep you were relishing and now you have to deal with the emotional scarring of having heard what you think might have been a live pig being blended. You start to drift off again.

By the morning it's been decided: that’s enough, it's time to act. We need to talk about the best way to tell them to shut the fuck up, or whether to give up entirely. It can be a lost cause because at least someone’s getting their end away in this house… what right do you have to complain?

The person who has sex only once in a blue moon? Give up

If, realistically, your flatmate has incredibly poor chirpse, hasn’t gotten laid in a clean minute and probably won’t again for some time thereafter, who are you to begrudge them their one night of fun? However, if it’s a regular thing with the same person and they are fully aware of their acts, that's a totally different story.

The person who brags about the amount of orgasms they can have per week next door? A post it could do the trick

If all you can hear is a bit of creaking, then at least you can take comfort in the fact that they’re at least trying to be considerate. If it’s the full When Harry Met Sally scene every time, then you’re in the clear. Occasionally, people get drunk and have sex at three in the morning but there’s not much that can be done about that. If you're super extra, a laminated sign can also do the work? 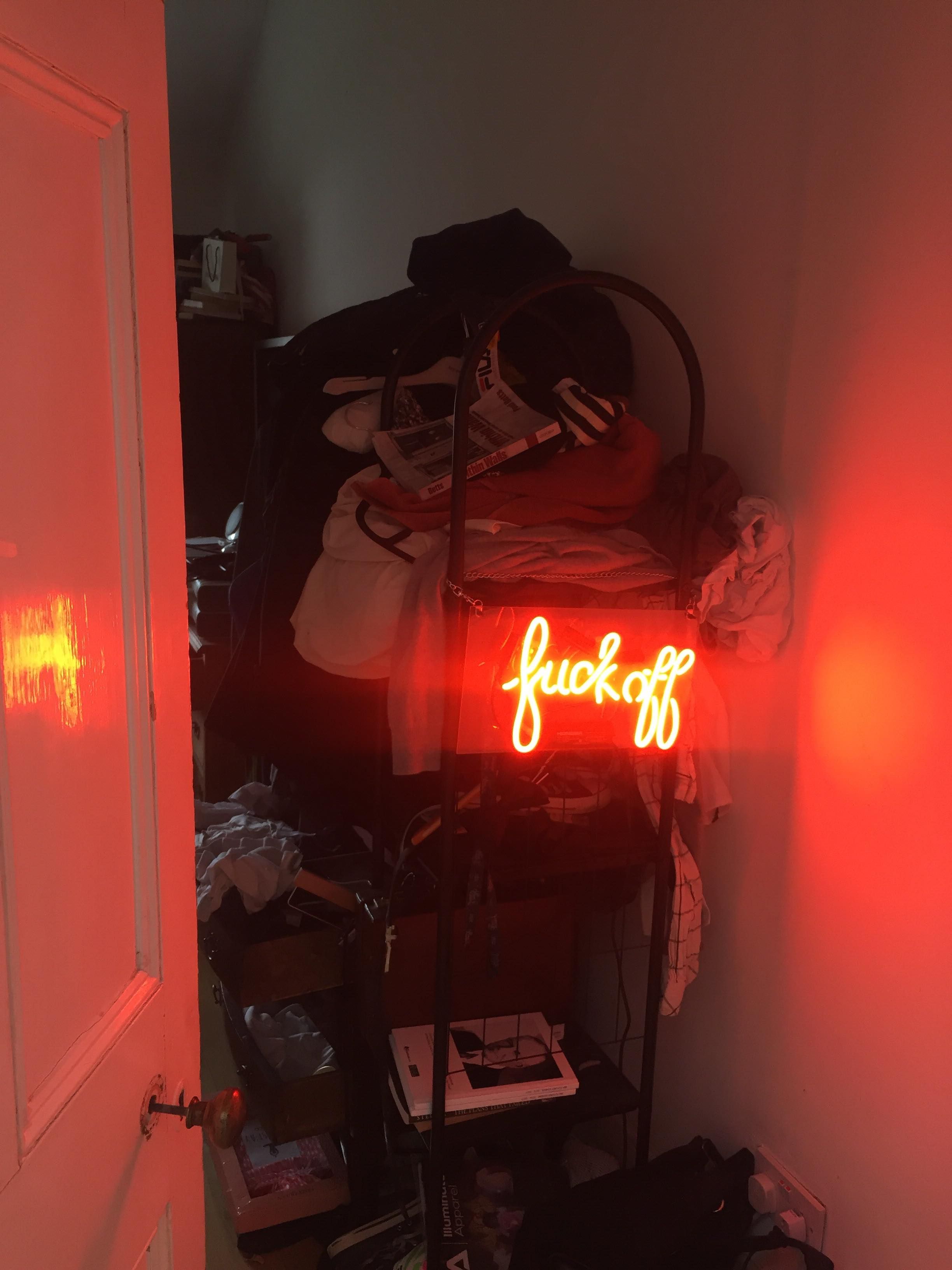 The person that lives in between everyone so we can all hear it? Grab some popcorn and some tea, but do something about it later…

If it’s during the day, when everyone should (in theory) be out of the house, you can at least watch loud TV with flatmates in solidarity and try not to question whether the noises above you. Having to listen to it in multiple bedrooms at night is not okay, there should be some level of respect right? 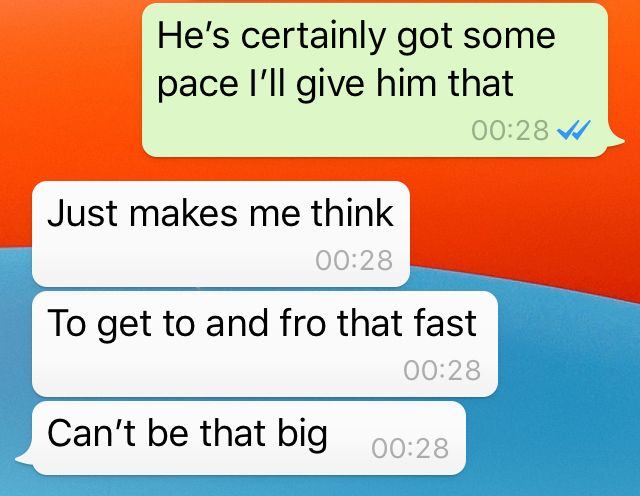 The person who brings down their shag to breakfast? Give them a text to say 'no thank you'

What now, then? First, have a sit down with your other flatmates and agree on what you’re going to do. That way, you don’t need to continue to bitch about the situation. A text from one of you isn’t a terrible idea to start with. It offers your flatmate the opportunity to make changes without having to embarrass them over the unspeakable things you’ve heard. 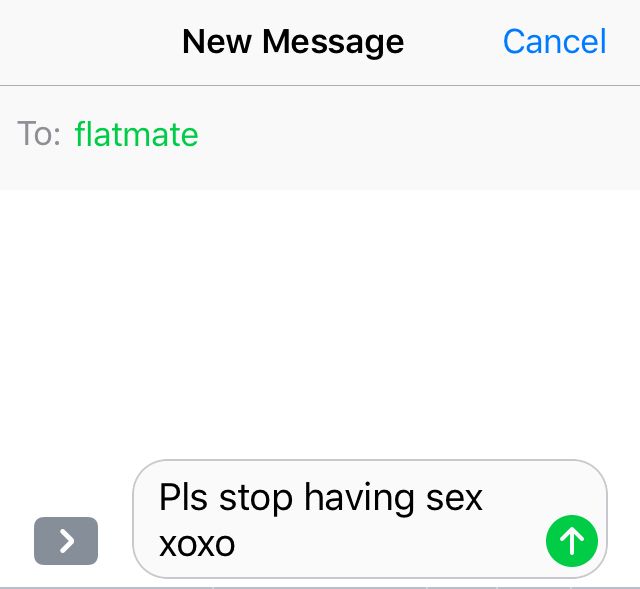 The person who brings multiple shags down to essentially live and not pay rent? That calls for a word

If that doesn’t work, then you’ll have to bite the bullet and speak to them. Whatever you do, don’t gang up on them. Pick one of you and have them speak to your flatmate alone. Be direct: it’s gross and nobody wants to hear it at a time they can’t avoid it. When you've got one night stands living in your house and it starts to overcrowd, friends have to take one for the team and talk about why it ain't okay.

And if that doesn’t work…

Then it’s time to get creative. If you’re still not sure if those noises are a good thing, knock on their door and check they’re okay. Are they having a bad dream? Are they in pain? Maybe they need some paracetamol? Cry loudly outside their door, or have a frying pan duel with another flatmate on the landing. If they really aren’t embarrassed by it, why not record it? Play the dulcet vocals over breakfast, or get someone to fashion it into a lit remix and play it at parties. Okay maybe don’t go that far, but you get the idea.

Ultimately, the last thing you should do is nothing. Suffering in silence is no longer an option, and for all our flatmates who have had to endure this at one point in their lives: we're not sorry.