‘Cause lots of trouble and be really nice about it at the same time’: This King’s student went to prison to meet with Sadiq Khan

We first met Roger Hallam about a year ago. He was suspended for spray painting the Great Hall for the King's Climate Change Emergency campaign, and went on a hunger strike until KCL agreed to divest from fossil fuels. Soon afterwards, he was being dragged off by security for sticking daffodils to the front of Strand Building and arrested on LSE campus for assisting the UofL Cleaners' Strike. He also collaborated with a number of students to create the first successful rent strike in London.

Lately, though, he's been aiming a little higher. With his Stop Killing Londoners campaign, Hallam hopes to bring the mounting issue of air pollution to the attention of Sadiq Khan, and to do that, he plans to be imprisoned along with at least fifty other people by the end of March. 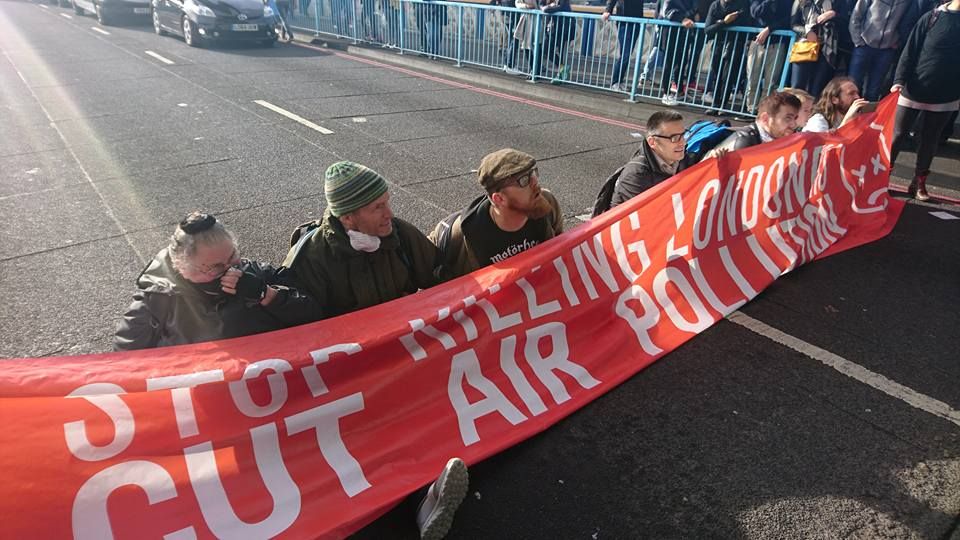 We met with him in the King's Building, where, true to character, he led us into an off-limits classroom to chat.

"I'm doing 3 years of research on effective radical campaigning," he says, referring to his PhD at King's, "and the overall thesis is that things don't change in this particular political context unless people take direct action."

"Traditionally, activists act unpleasant to the opposition, in which case you alienate people unnecessarily. The Holy Grail is to cause lots of trouble and be really nice about it at the same time. "

Hallam and his fellow campaigners have sat in roadblocks, marched in costume, and spray painted chalk on public property. He and three others went to prison for a week in November, after having been arrested several times before. 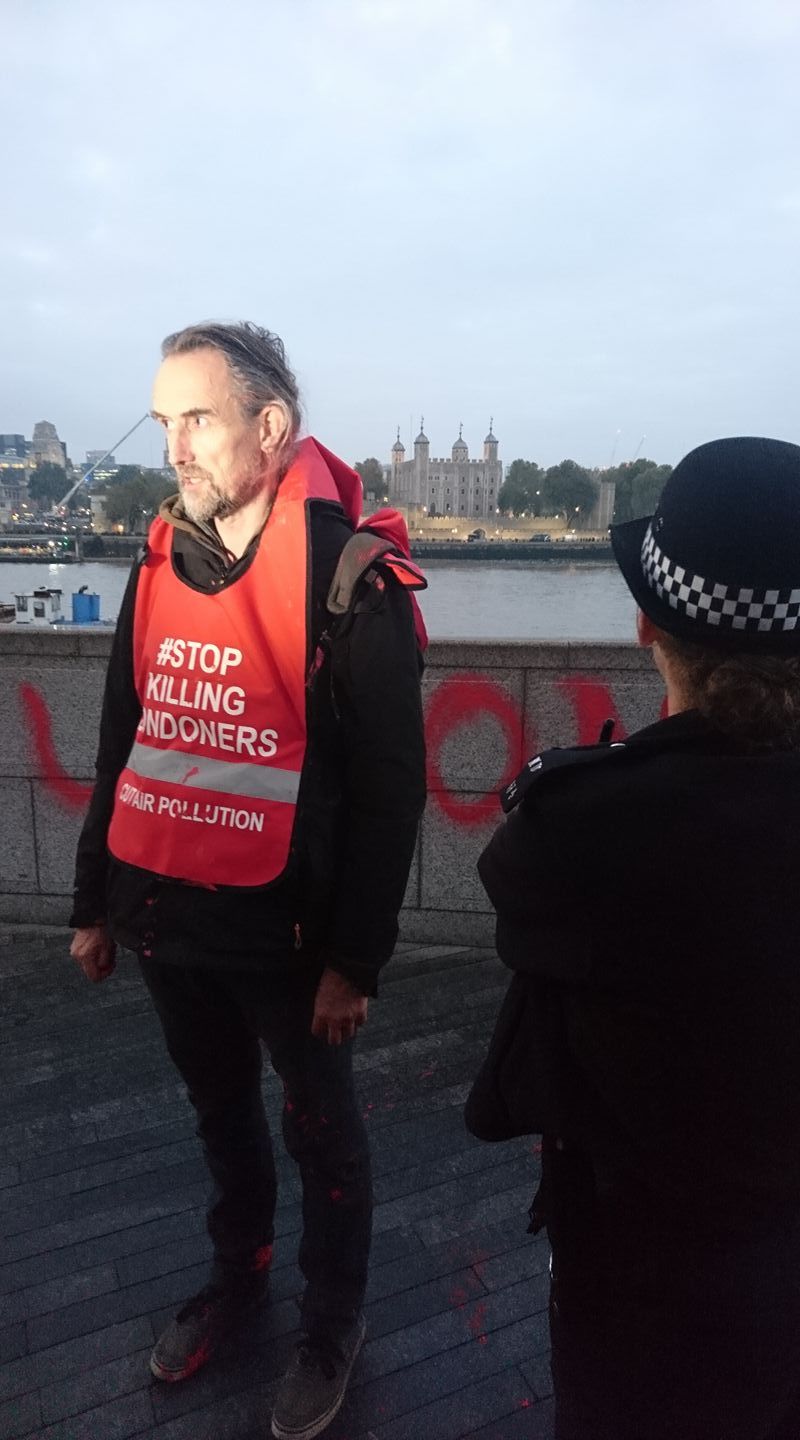 "What I'm trying to do is replicate what Martin Luther King or Gandhi did, those sort of dynamics. You basically do something, get knocked on the head and it embarrasses the opposition. [That way] they decide it's more effective to negotiate with you. You be respectful and polite to them while causing lots of trouble, and hopefully you persuade them to sit down with you and do a deal. "

"What we did here was stuff that could be washed off, not cause permanent damage, but it is technically criminal damage so the police are statutorily obliged to arrest you. The third time [we were arrested] we made clear that we were going to continue doing it, so the magistrate put us in prison for a week until it came to court." 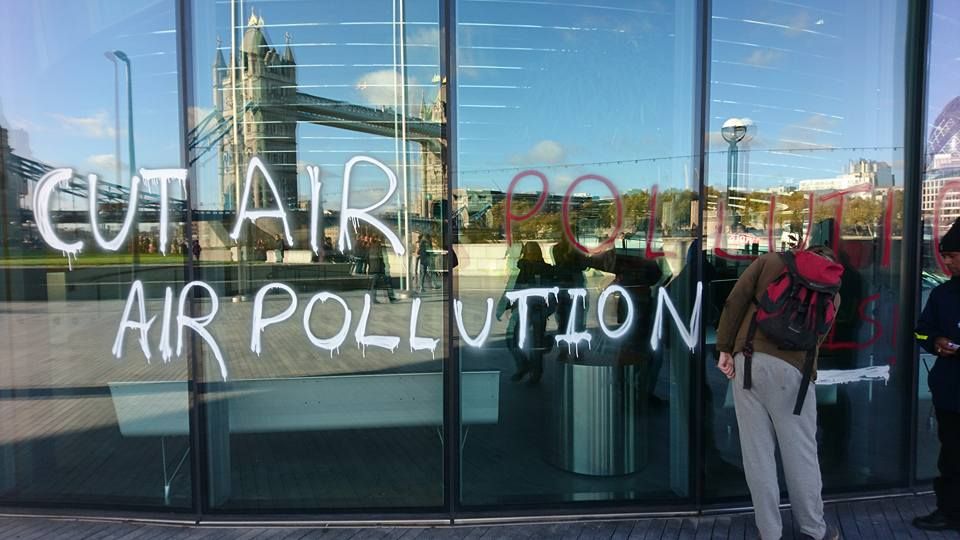 An open letter to Sadiq Khan was posted on Roger's profile during his imprisonment, urging him to meet and discuss the issue of air pollution in the city. He succeeded in meeting with Mayor Khan's team, an event which landed him in the Guardian. But that's not enough.

"[Sadiq's] staff told us he was too busy to meet with us personally because it's not an emergency, so we need to make it an emergency. We're trying to get fifty people to go to prison in the last week of March." That number, he says, would be enough to make the front page of a national paper and warrant a meeting with the mayor himself. 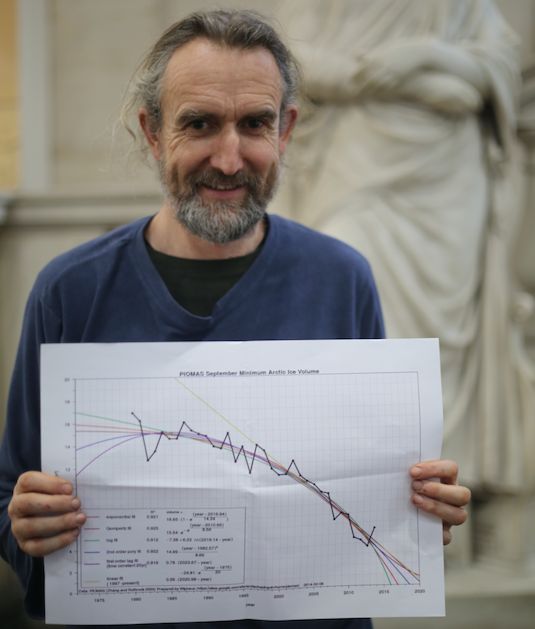 "There's nothing that I'm doing that's unusual. What's unusual is that people haven't quite woken up to the idea that this is what's necessary to save the world."

The City Hall reports that over 9,000 Londoners are dying early every year as a result of toxic air. The problem Roger is trying to combat is real, especially in less affluent areas and in traffic-heavy ones, like our own Strand Campus.

If you want to be arrested – or just join in the protests and try to make a difference – join the campaign's Facebook group here.