According to statistics published in the UCAS 2017 end of year report, which was released this Thursday, the university access gap has widened all over the country, with students from privileged backgrounds being ten times more likely to attend a Russel Group university and the number of students from disadvantaged backgrounds falling to upsetting lows. 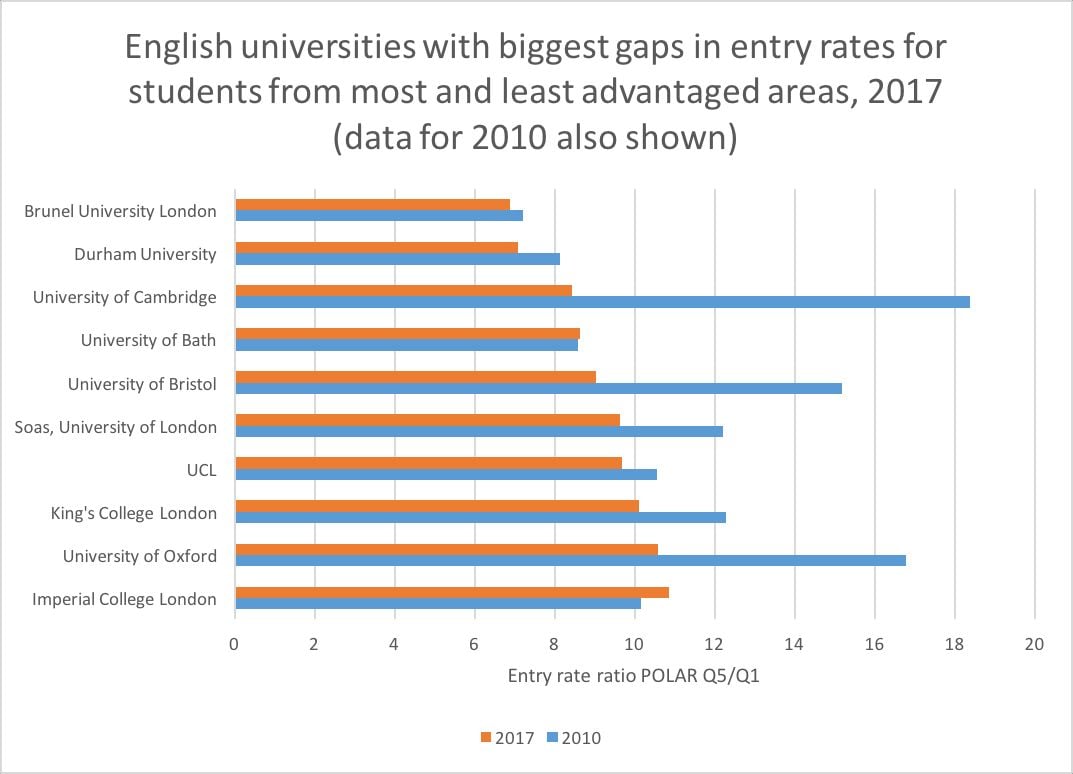 A King’s spokesperson told TES: ‘King’s College London has developed a clear and ambitious programme of widening participation activity to meet our vision to be the most inclusive Russell Group institution by 2029. We take a holistic approach to admissions, considering learners’ backgrounds, contexts and individual experiences when making offers.

"Individual learners achieving while facing challenging circumstances may not be classified as in the lowest POLAR quintile [the measure used by UCAS]. For a number of years, King’s has used alternative indicators which provide a more nuanced understanding."