King’s RAG is returning for another year of GKT and KCL-wide event, Take Me Out. Bringing back the most raucous event of the year, 2018’s KCL & GKT’s Take Me Out promises to be the cringiest, funniest, most romantic yet.

With the prospect of a free curry date on the cards, who doesn’t want to get drunk, reveal their most embarrassing secrets, and showcase their most hidden and questionable talents – all for our entertainment and the chance to raise money for charity?

You’re invited to witness double the depravity, with separate KCL and GKT Take Me Out events occurring on different nights – and with 100% of proceeds going to charity as always, who’s to say that you can’t hit up both? Two events means two after parties, where those whose egos have been destroyed can dance the night away, and who knows – your light may just turn on for a fittie that you find in a dark corner. 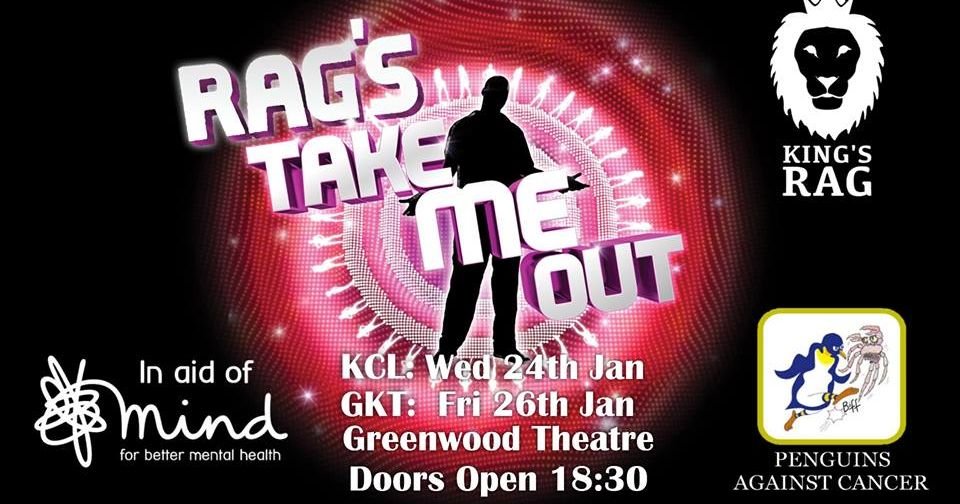 We spoke to the key players behind the events this year: RAG President Vinay Tailor, Vice President Kaine Jackson, and producer of this year’s show, Tom Hildebrand. Take Me Out is bouncing back, with a bigger money goal and more girls, let the hanky see the panky!

What’s different about the Take Me Out event this year?

Tom: Take Me Out 2018 is bigger than ever. The boys have come up with some absolute cracker talents, we have some of the biggest names from KCL and GKT sports teams lined up as girls, and our host has mega stage presence having got to the final of a BBC talent show. If that wasn’t enough, we’re introducing a brand-new format for some of the rounds this year that’s going to crank up the drama and cause some major heartbreak – not even the boys or girls know what’s coming! 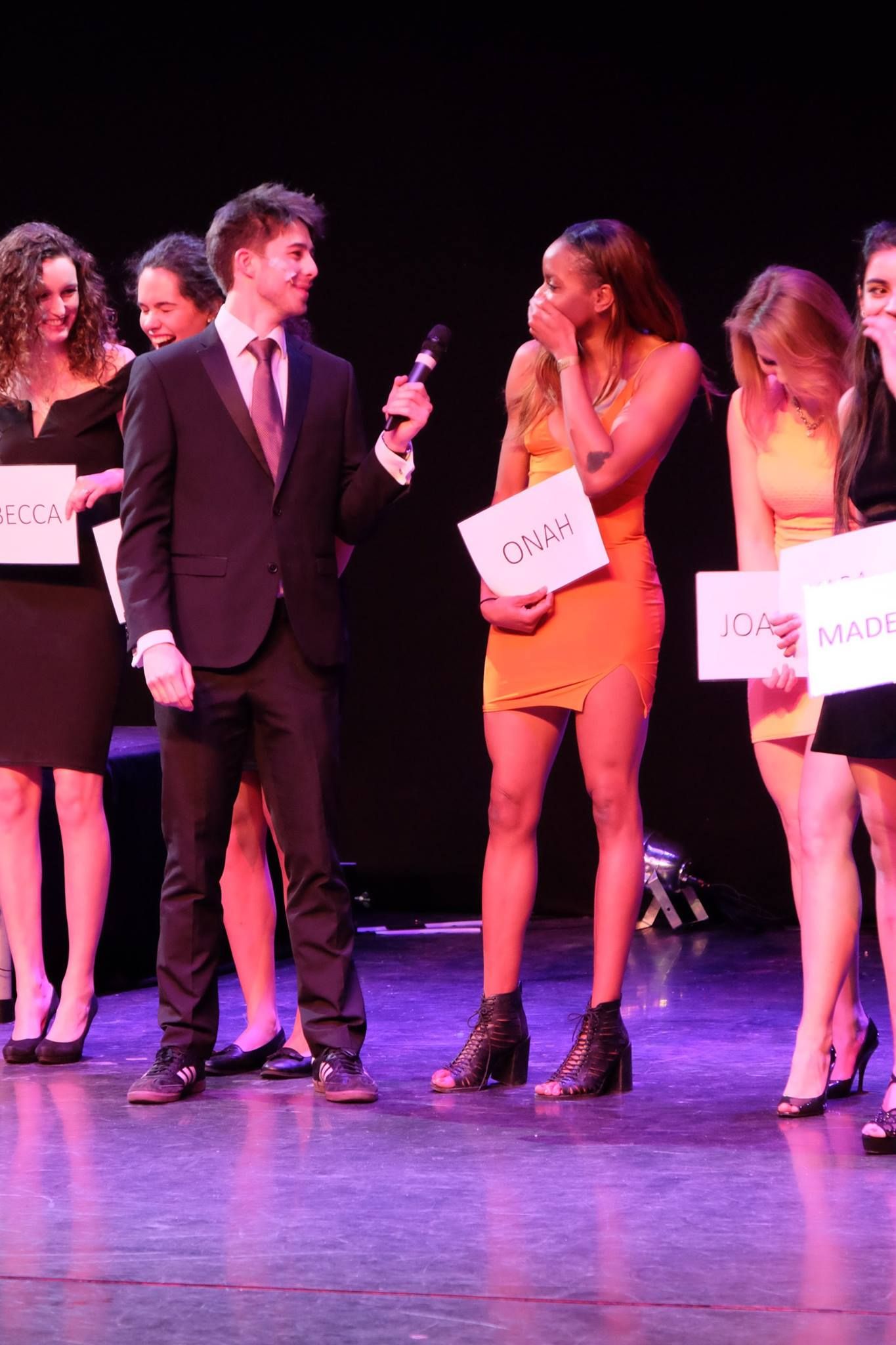 Are there any differences between the GKT show and the KCL show?

Tom: Both shows will follow a similar format but the content will be entirely different. Each show has over 30 new girls searching for Mr Right, and 9 new boys looking for love. The talents vary massively between the two shows this year which is great – Guy's and the Strand really create different people, I guess. Which is better? Guess you’ll have to come and watch both nights…

Why do you think the Take Me Out format works so well?

Tom: I think the way the show works – the guy starts with every girl 'turned on' before they slowly decide that they’re 'turned off' – is just perfect for comedy. The audience and boy can see their hopes crumble before their eyes. I love watching the girls find out the boys' true colours during the VT created by their friends. There’s nothing like finding out some stories of how a guy behaves in Piccadilly Institute or Guy's Bar to make you never want to see them again. 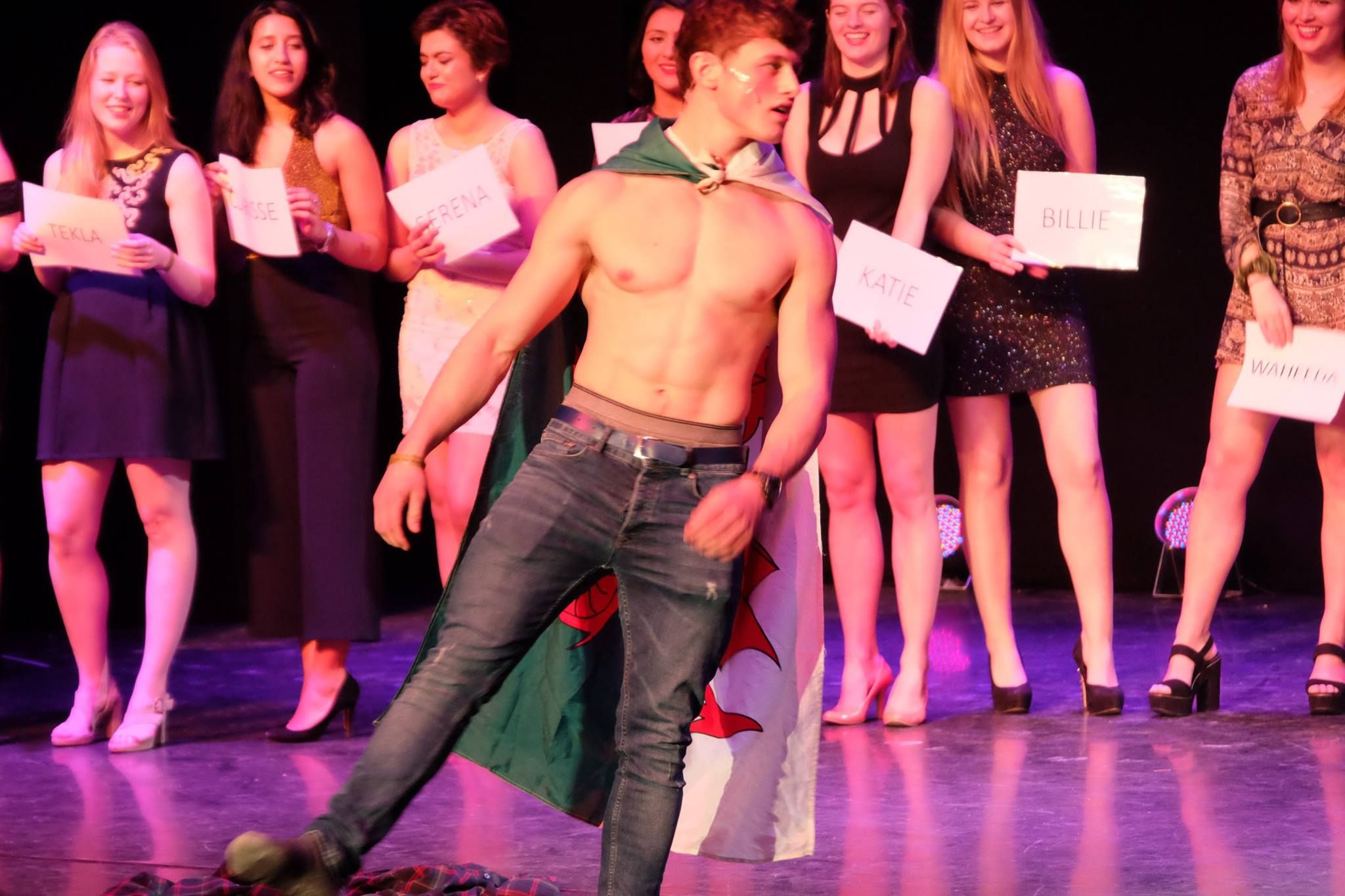 When it comes to the selection process, what do you look for in the girls and guys who take part?

Tom: Firstly, they've got to be single. Then; great chat, good looks, some impressive talents, BNOC status and a willingness to do absolutely anything on stage in front of nearly 500 people… Or at least 2 out of 5. Apart from anything, everyone who has taken part has said they’ve had a great time – so we just select people who will enjoy themselves and make the audience laugh/fall in love. 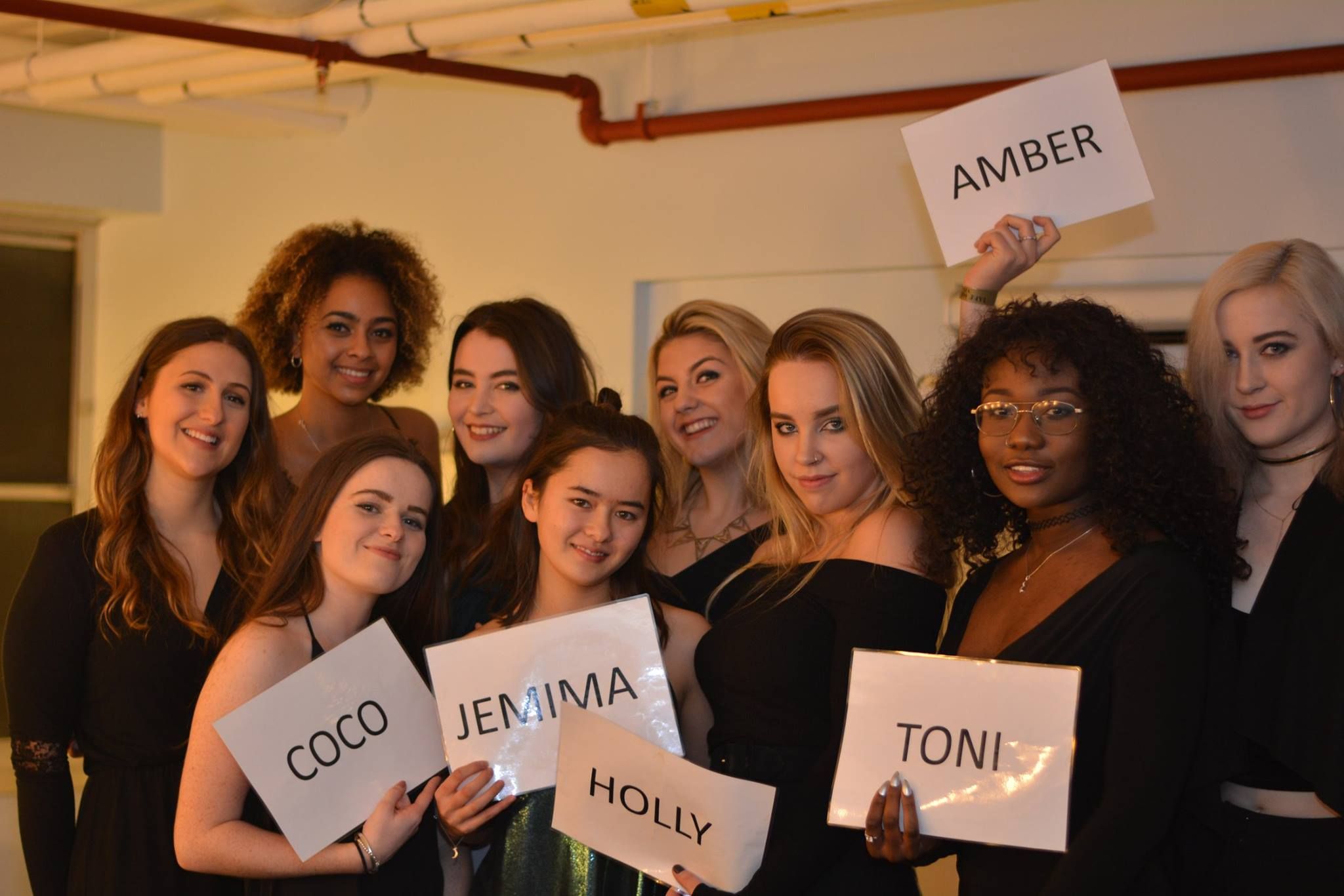 What charities are RAG supporting this year?

Kaine: This year we are supporting Penguins against Cancer, and Mind and Action against Hunger. We had over 200 applications from charities which were narrowed down and selected by the student body.

How much are you hoping to raise at this year’s event?

Kaine: Last year, Take Me Out raise an amazing £4,000! This year, the Wednesday show and after party tickets sold out in less than a day. We are confident that we can smash last year’s total and are hoping to raise around £6,000.

Are any of the couples from other Take Me Out events still together?

Vinay: Unfortunately, none of our couples are still together – mostly due to alcohol goggles and bad lighting! However, we have a very special sneak for you all at one of last year's couples and where they are now, a year later. 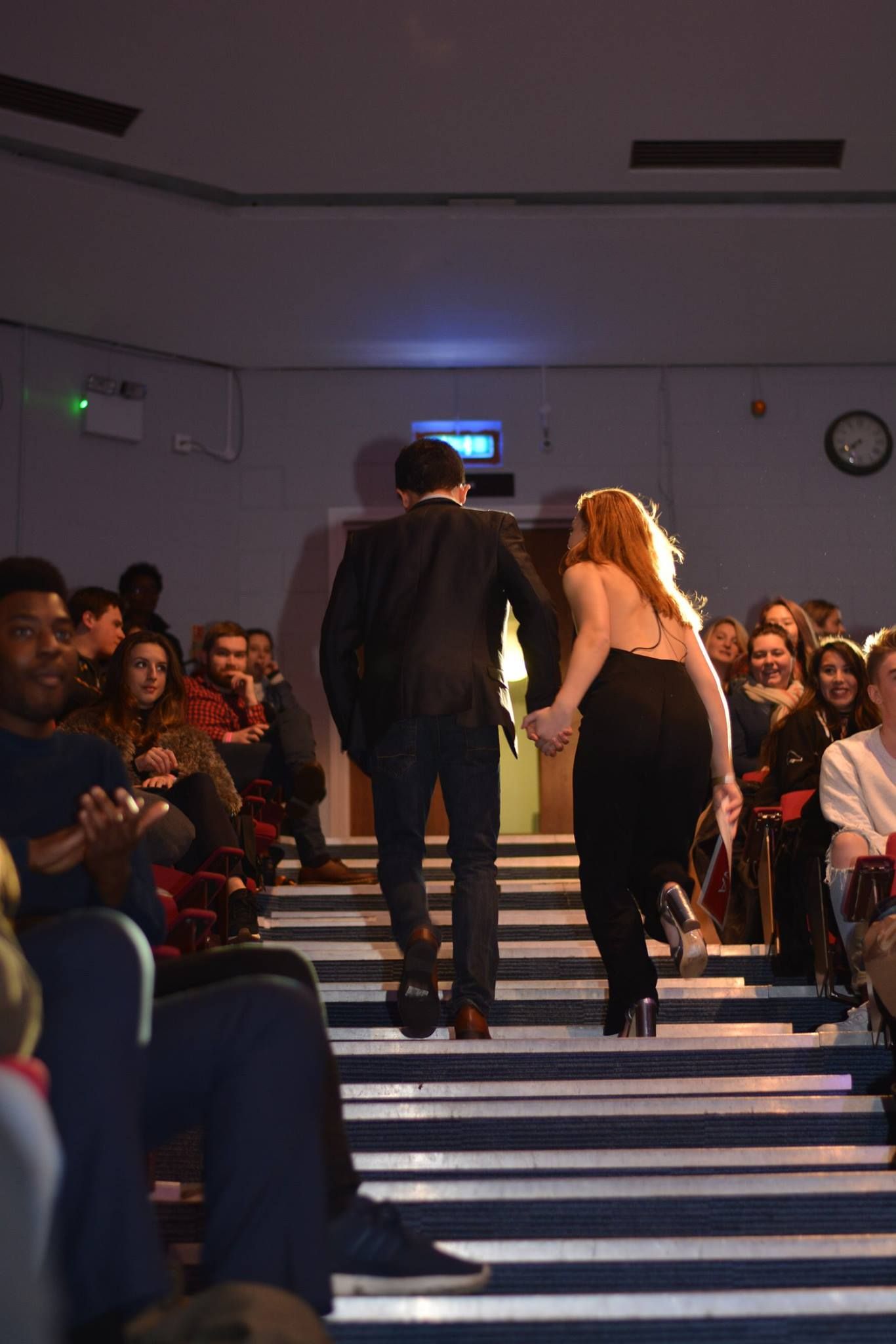 Both events take place at the Greenwood Theatre on Guy's campus. KCL’s Take Me Out takes place on 24th January, and GKT’s Take Me Out on 26th January.
You can buy your tickets here and here.