She’s even provided the physical proof

Her best friend Lizzie, posted a tweet which has since gone viral, with evidence where Harriet reveals uncannily similar pictures of herself as a baby and Madeleine McCann. 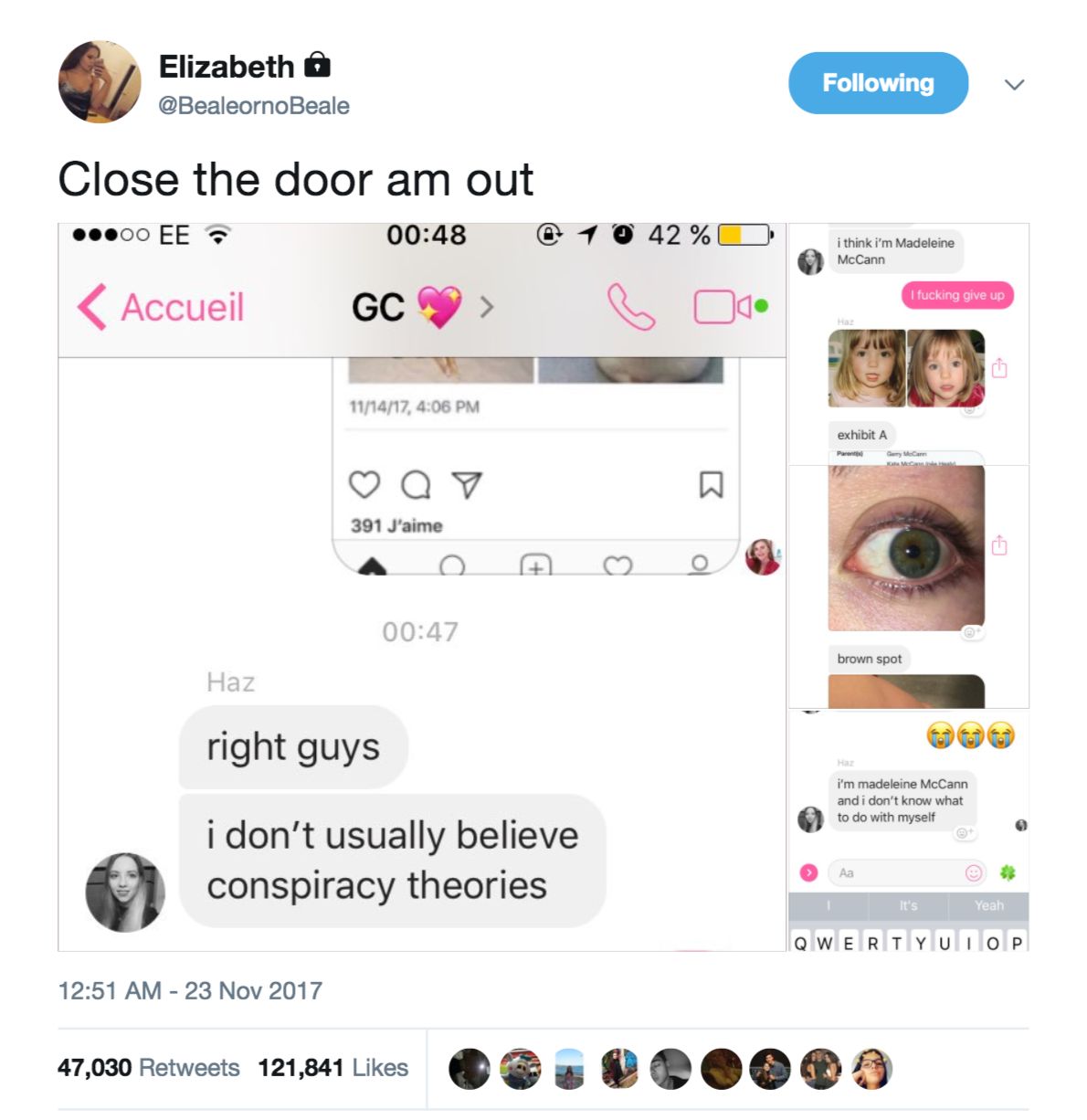 Harriet detailed the distinguishing features which her and Madeleine share, including the well-known green eye with a brown spot on the iris and a brown spot on her left leg. 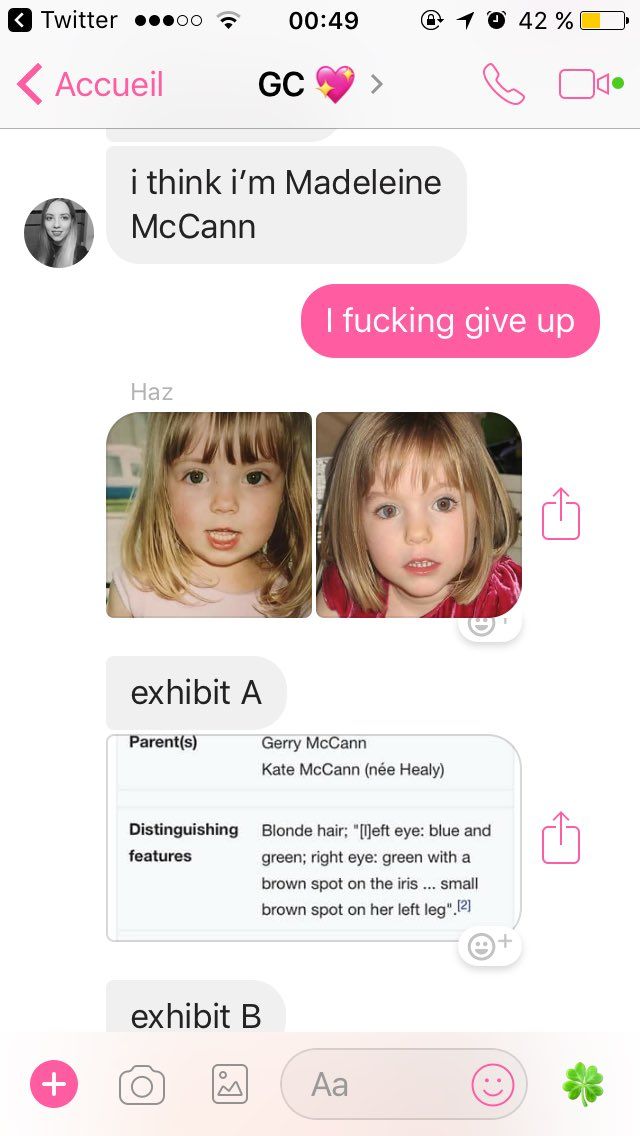 We don't even know what to think anymore 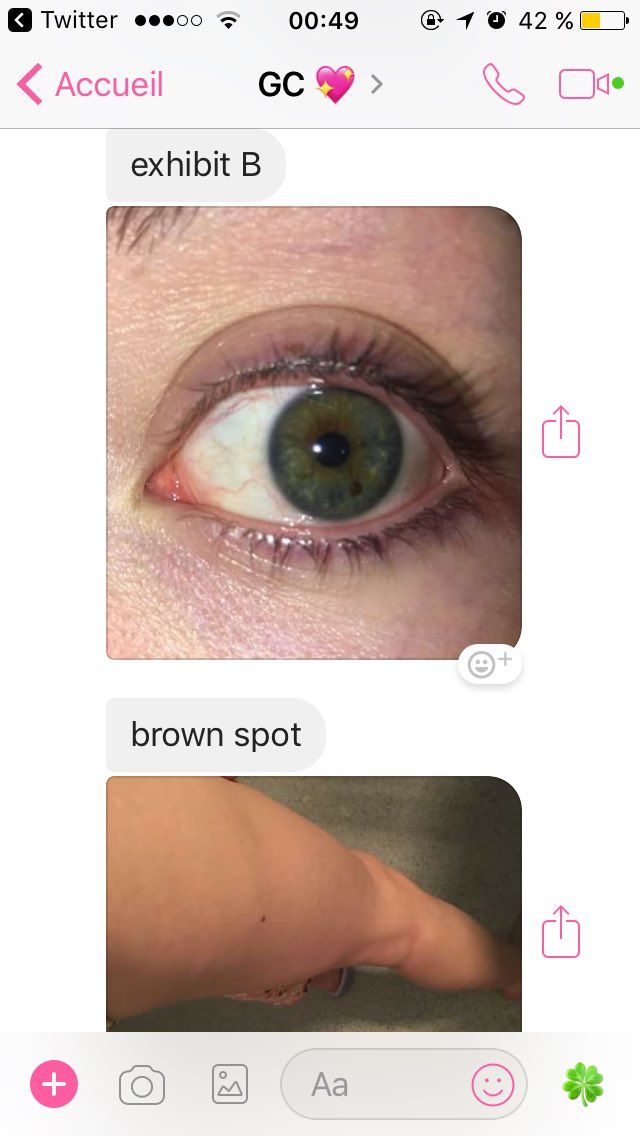 Okay, this is getting creepy

What started as a bit of group-chat banter has now become a fully-fledged internet conspiracy theory.

The Tab spoke to Harriet to find out how she discovered she's Madeleine and what it's like to go viral.

What made you first realise that you could be Madeleine McCann?

Basically I was just looking through old photos and found the picture and was like "this reminds me of something but idk what" and then I was like "shitttt it’s Madeleine McCann."

What are the similarities between you?

You turned to the trusty group chat during this revelation. What was their reaction?

Well I wasn’t really convinced, I just thought it was funny we looked similar, but they were genuinely convinced and Lizzie put it on Twitter.

What did you think when it went viral on twitter?

I was shocked, didn’t expect it.

Did you expect so many people to buy into this conspiracy theory?

Nope, I just sent it for a joke hahaha.

How have your family responded? It's a strange thing to happen from their point of view.

My mum just keeps asking how many likes it has.

Given how much attention the tweet has got, have you been approached by any news outlets or investigators?

Lizzie has been but she’s ignored them all. All minor news things.

Have you got anything to say to Lizzie for making you famous?

It’s the other way round. I made her famous hahaha.

But she's made you the topic of a conspiracy theory… Are you glad or do you regret it?

I’m loving reading people’s reactions. I feel like so many people are taking it seriously. I got a message from some girl saying she was going to SKIN ME. She said I'm "twisted." I've also had jokey ones from people saying "your parents are worried."

With over 100k likes and counting, inevitably the Internet has plenty to say on the situation, with many trying to crack the case themselves in never ending debates over left legs and right legs.

Roses are red, there are books on the shelf pic.twitter.com/OZVTctQONF

One thing you shouldn't do just yet, Harriet: is go to the police because we're pretty sure you're not actually her.

This article was published before the Netflix documentary, The Disappearance of Madeleine McCann.

Other articles the author recommends:

These are the nine theories about what happened to Maddie McCann

This is everything the Maddie McCann documentary missed out

These are the most fucked up conspiracy theories out there