Here is some evidence that getting a first means nothing, as proved by the current important figures in British politics

Wait till you see what our Prime Minister got

Is there even any point in going to uni if you don't graduate with a first? You need a first class degree to get an actual, proper job, right? Not necessarily, according to the results of these UK politicians.

We can't decide if this makes us feel better about our inevitable not-a-first or whether we're actually doomed cos only privately-educated toffs seem to get away with doing shit at uni.

Here’s what all your fave politicans graduated with:

Theresa May – Colourer of maps

We're not joking when we say this but our Prime Minister really did study Georgraphy at uni. Spending her days colouring in maps and doing random surveys, Theresa graduated from Oxford with a mere second class degree (she did it so long ago 2:1s and 2:2s weren't even a thing yet).

I love remembering Theresa May has a Geog degree. Who knew you can get a job that doesn't involve stacking shelves with a geography degree!?

Don't get your hopes up, though. These days a 2:2 in Geography will get you just about nowhere.

Next up in the Oxonians (they actually call themselves that) is our ex-PM David Cameron. Like many people at King's, he headed out on a gap yahhhh before starting uni, which apparently involved going to the Soviet Union and getting nearly-recruited by the KGB. Standard.

Once at Oxford, amongst all the Bullingdon Club bants, Dave managed to graduate with a first in PPE (of course). A 100% accurate representation of PPE.

George Osborne – never had a proper job in his life

Ex-Chancellor of the Exchequer George Osborne went to Magdalen College, Oxford (obvs) where he got a 2:1 in Modern History. After graduating he was rejected for jobs at both The Times and The Economist but somehow ended up becoming editor of the London Evening Standard this year, without ever having a journalism career.

Oh and now he's actually Professor of Economics at the University of Manchester. Seems legit.

I'm sure George Osborne's 2:1 in BA Modern History makes him an excellent choice for Professor of Economics.

Joining all the other Oxford-goers, Boris studied Classics at Balliol College. He only got a 2:1 though, which he seemed pretty bitter about when he called David Cameron a "girly swot" for getting a first. #welljel 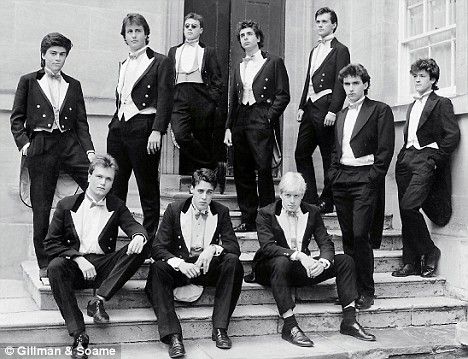 Nick Clegg – Set fire to some houseplants then snaked 9k

Controversially, unlike Theresa , Dave, George and Boris, Nick Clegg went to Cambridge where he graduated with a 2:1 in Social Anthropology (don't even ask us what that is). We're not sure he'd make the same decision now if it was going to cost him £9k a year to do it. Remember: it was Nick who, once upon a time, promised not to raise tutition fees and then snaked us all out of £27k.

But Nick is not without his own "running through fields of wheat" story, except his is a bit more extreme. He once admitted to drunkenly setting fire to "a rare collection of cacti" in Germany and got community service for it. Who'd have thought it?

Jeremy Corbyn – oh enough's been said about him already

Jeremy Corbyn is absolute proof that you don't need to go to uni to be successful. He achieved two E-grade A-Levels before leaving school at 18.

Of course, not doing well at school shouldn't be a barrier to success, and plenty of successful people didn't go to uni. But obviously Jeremy is the odd one out here.

Anyway, these days two Es would probs still get you a decent uni place through clearing. When it comes down to it, uni's all about the dollaaaarr. 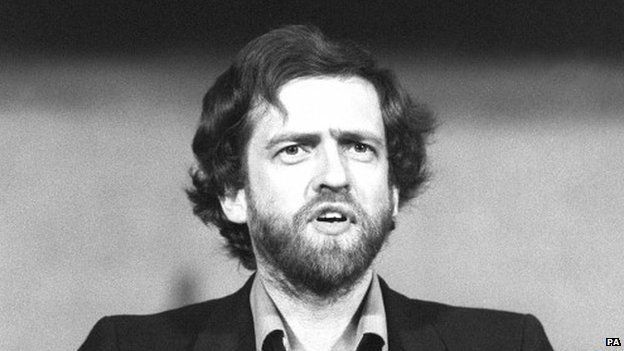 Where has his hair gone tho

Make that two odd-one-outs because Nigel Farage didn't go to uni either, though we can't say we're surprised about that one. Instead, he went straight into working in the City, probs through his daddy's connections. Who needs uni, eh?

Basically, almost all of the UK's most high-profile politicians have got to their current position without a first class degree. Though we have a sneaky feeling that going to Oxbridge has something to do with it.

We'll get back to our grad-job search *cries*.