Walkies will always be in our hearts and camera rolls

Shout out to Walkabout. May it Rest in Peace. Now, all that stands next to Temple station is a Salsa Bar, or so I’ve heard.Now where would drunken rowdy sports teams head after spilling snakebite all over Waterfront’s floors? The answer Wicked Student Nights came up with? Piccadilly Institute.

People don’t like change, most of all sports clubs don’t like change. “I feel like everyone has just accepted it,” a hockey second year told me. “Accepted defeat.” The idea of being forced out of Walkabout seemed sacrilege to most people I asked, one third year simply told me PI was “terrible” when I asked him what he thought of it, but when asked to elaborate why, he shrugged: “no idea.”

I wondered how much King’s students really hated the new venue, so I spent last Wednesday night asking people what they thought, hoping their drunken honesty would offer some insight. 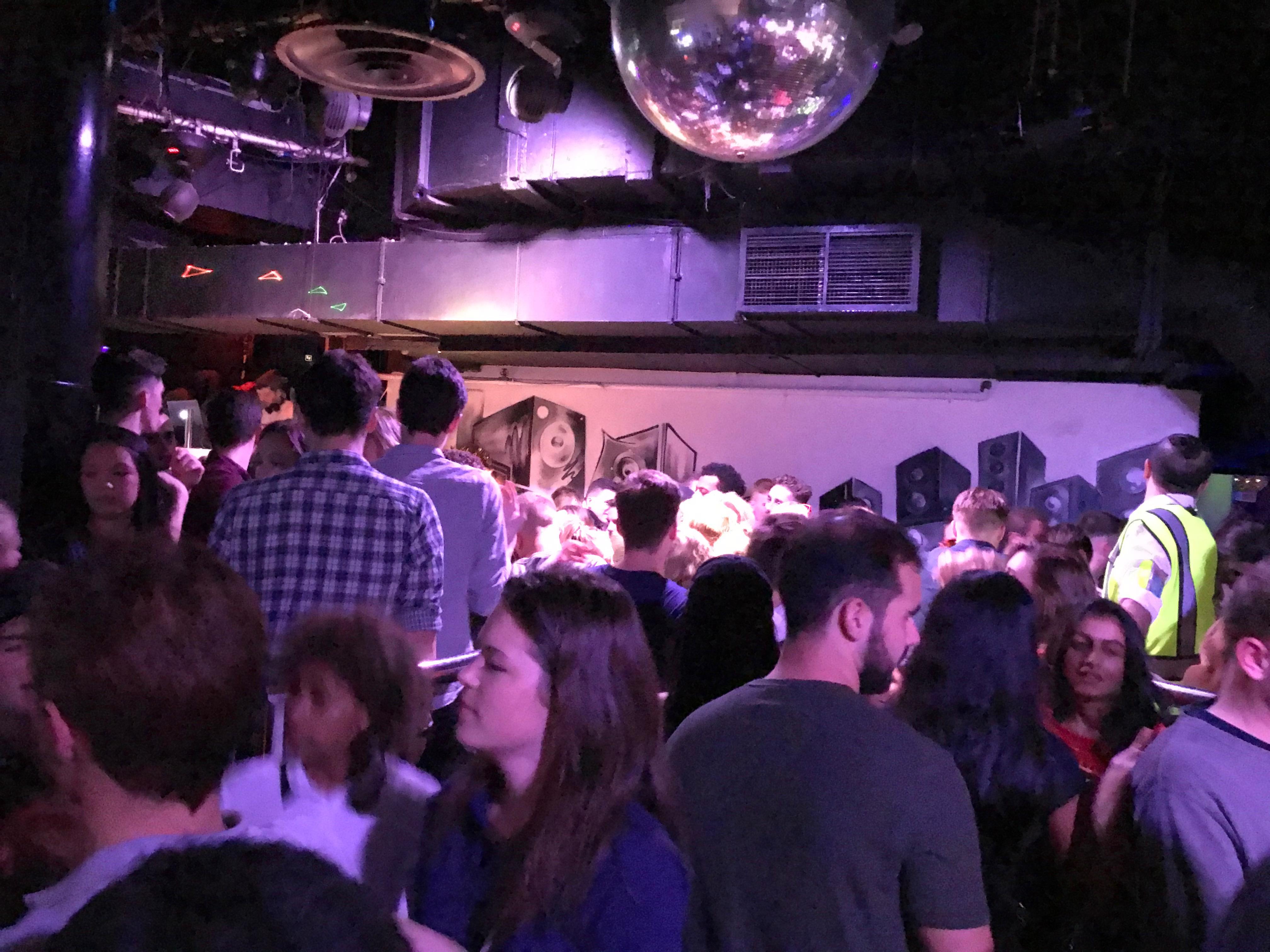 "Choke point" between busiest bar and the most popular floor

Most focused on size: “everyone is too spread out”, was a common complaint. “Walkabout’s layout was more conducive to a good vibe,” elaborated one particularly wavy and drunkenly intellectual third year.

True, the days of cornering off a few square meters of team territory are long gone, not least because King’s now has to share space with a handful of other uni sports teams.

That integration hasn’t always gone so smoothly: “some lacrosse lads pushed my girlfriend, so we got kicked out,” said one King’s captain. PI’s defenders thought otherwise. “Walkabout was too small”, one second year argued. “More space, more freedom,” beamed a bouncer. 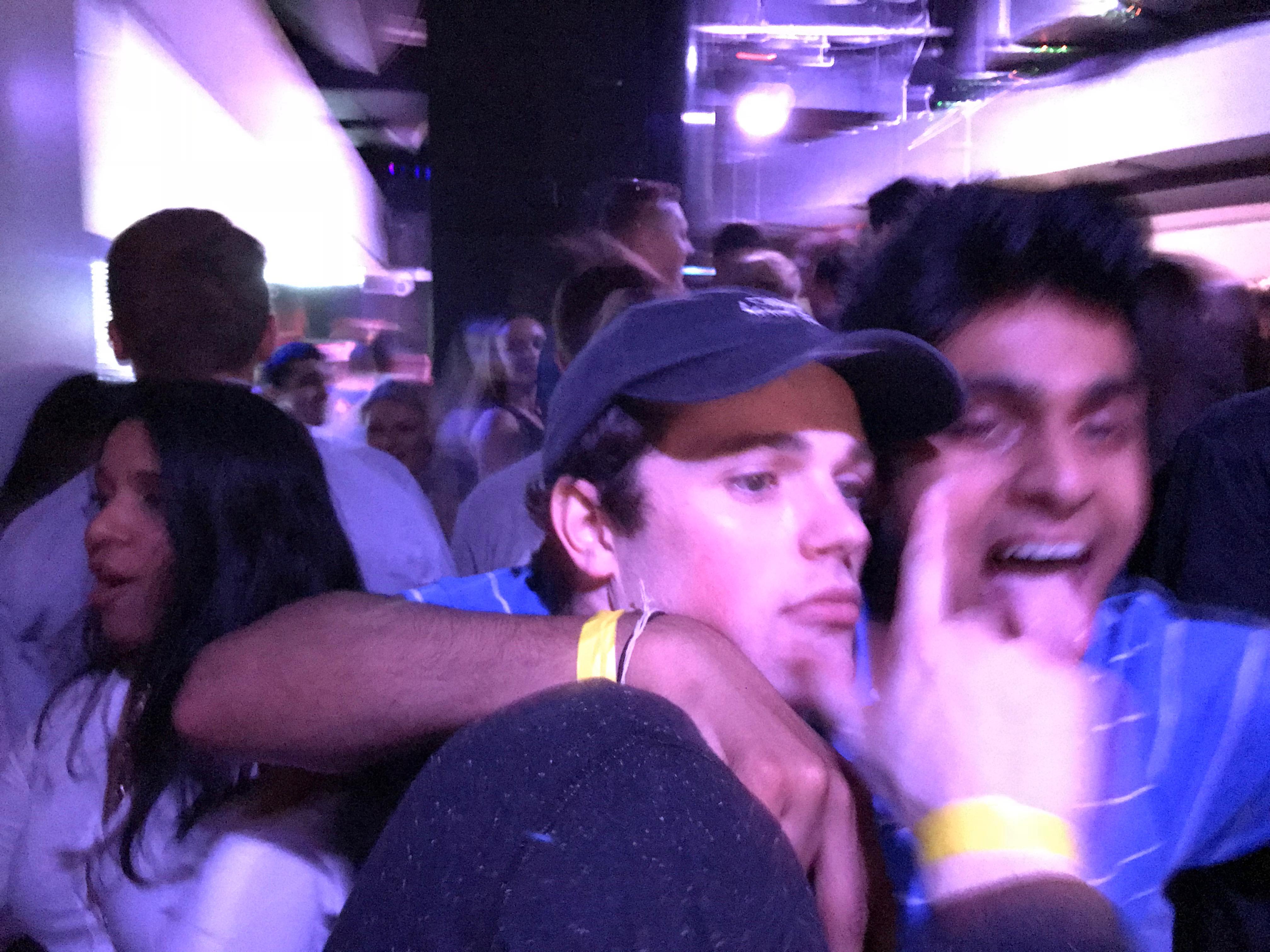 Waiting for "the Captain"

Space hasn’t necessarily meant that the club has been empty; in fact, overcrowding was a very common complaint. “It’s too busy, I can’t move,” complained an alumnus. “Too many drunk people”, added one bartender, perhaps rather naively.

PI’s major problem seems to be that its busiest bar is right in the middle of the most popular floor, causing a choke point between the stars and the podiums. Here’s a #ProStrat: if you want to get served, go downstairs! The lower floors are practically empty. 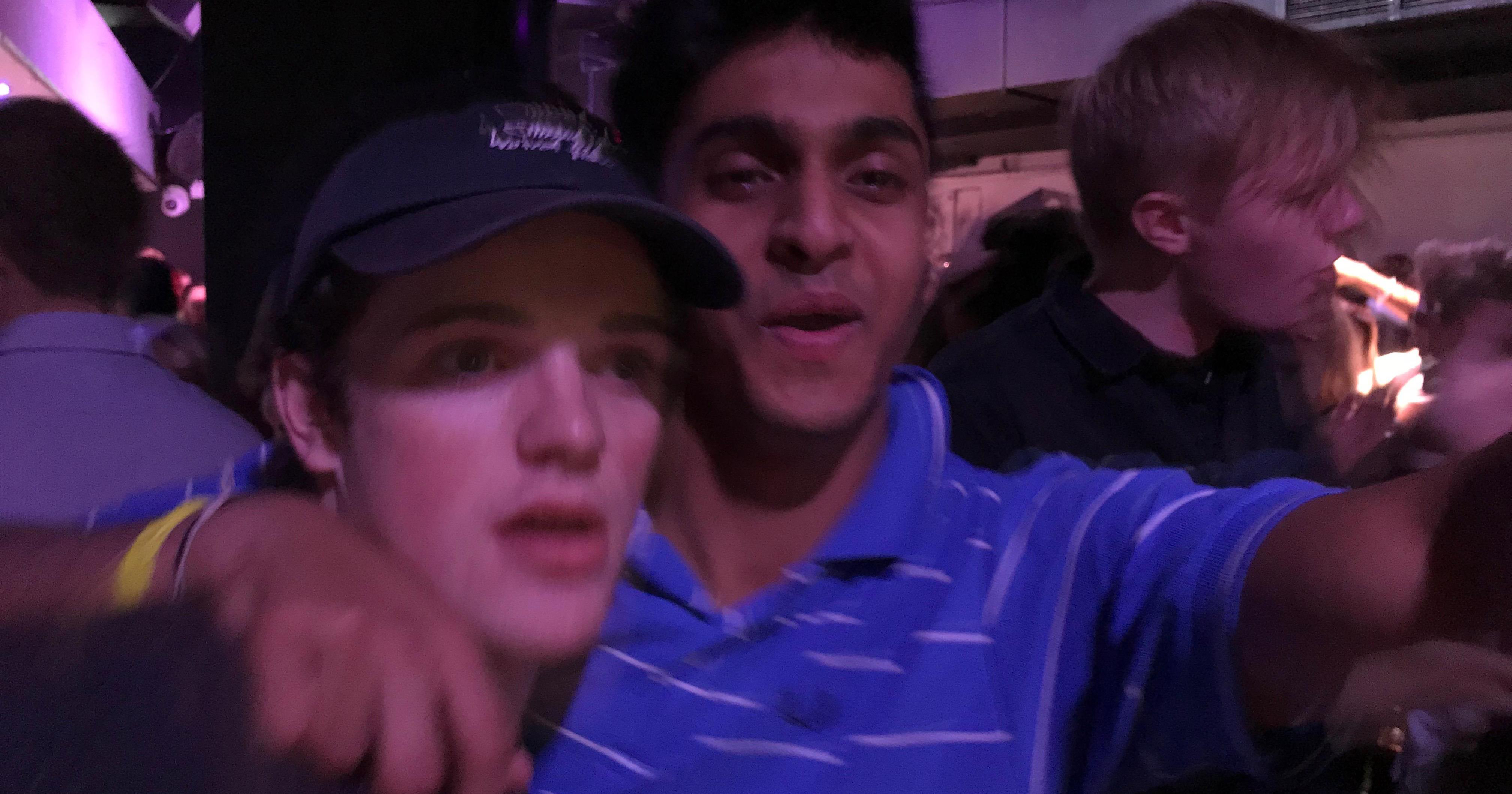 PI has come with its own quirks: popcorn cannons that “made the floor so slippy” that one fourth year “nearly flew down the stairs”, a bouncy castle and, most perplexingly of all, a half-hour devoted to “the Captain”, a Captain Morgan mascot who paraded through the crowd to his own theme music, lobbing T-shirts and hats out into the crowd before hopping on the decks in what was perhaps the most confusing act of brand synergy ever devised. In case you’re wondering, if you ask for a rum and coke at PI, you’ll get Havana.

The music is also bizarre. You’ll get your “Teenage Dirtbag” and “Mr Brightside” fix, but last week the DJ did play segments from Big Shaq’s ‘Man’s not Hot” Fire in the Booth. “We’re bigger on sing-alongs back in the States,” reacted one baffled American. It’s never dull, it has to be said. “Walkabout was the same every week”, pointed out one clubber. 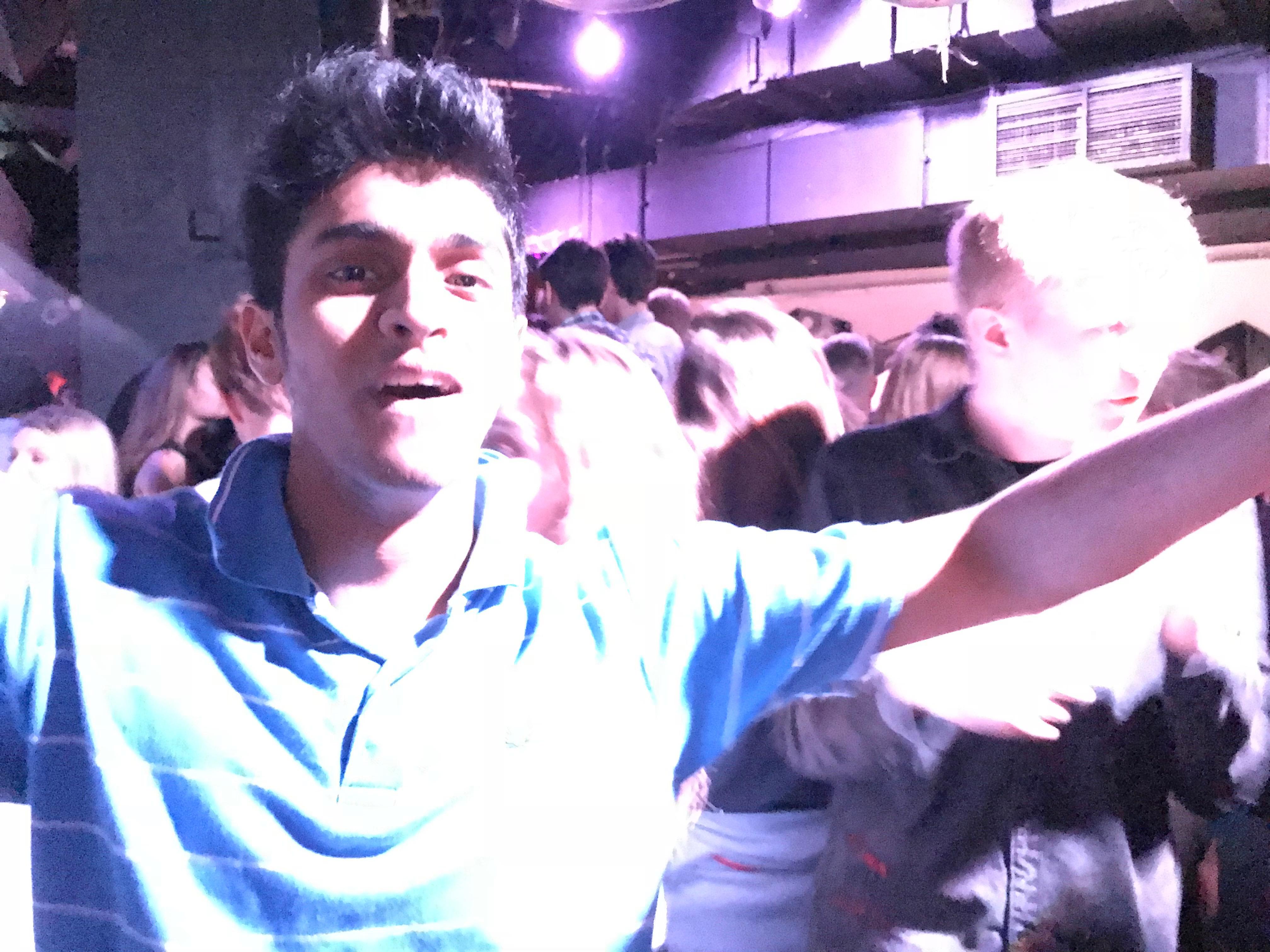 Despite this, most of what I heard was overwhelmingly positive. “The first night was shit,” conceded one third year, “but they’ve upped their game. I’ve had some great nights at PI.” “It’s a more adult version of Loughborough,” offered a master’s student. “It’s not as bad as I thought,” admitted a former Rugby Club president.

“Every week it improves, you’ve just got to go with good vibes,” concluded one heavily glittered netballer. Many argued that nothing has really changed. “It’s the same, just a bigger room,” shrugged one rugby player. One fresher, his pub-golf visor halfway down his face surmised: “if the other hockey guys weren’t here, it’d be shit.” 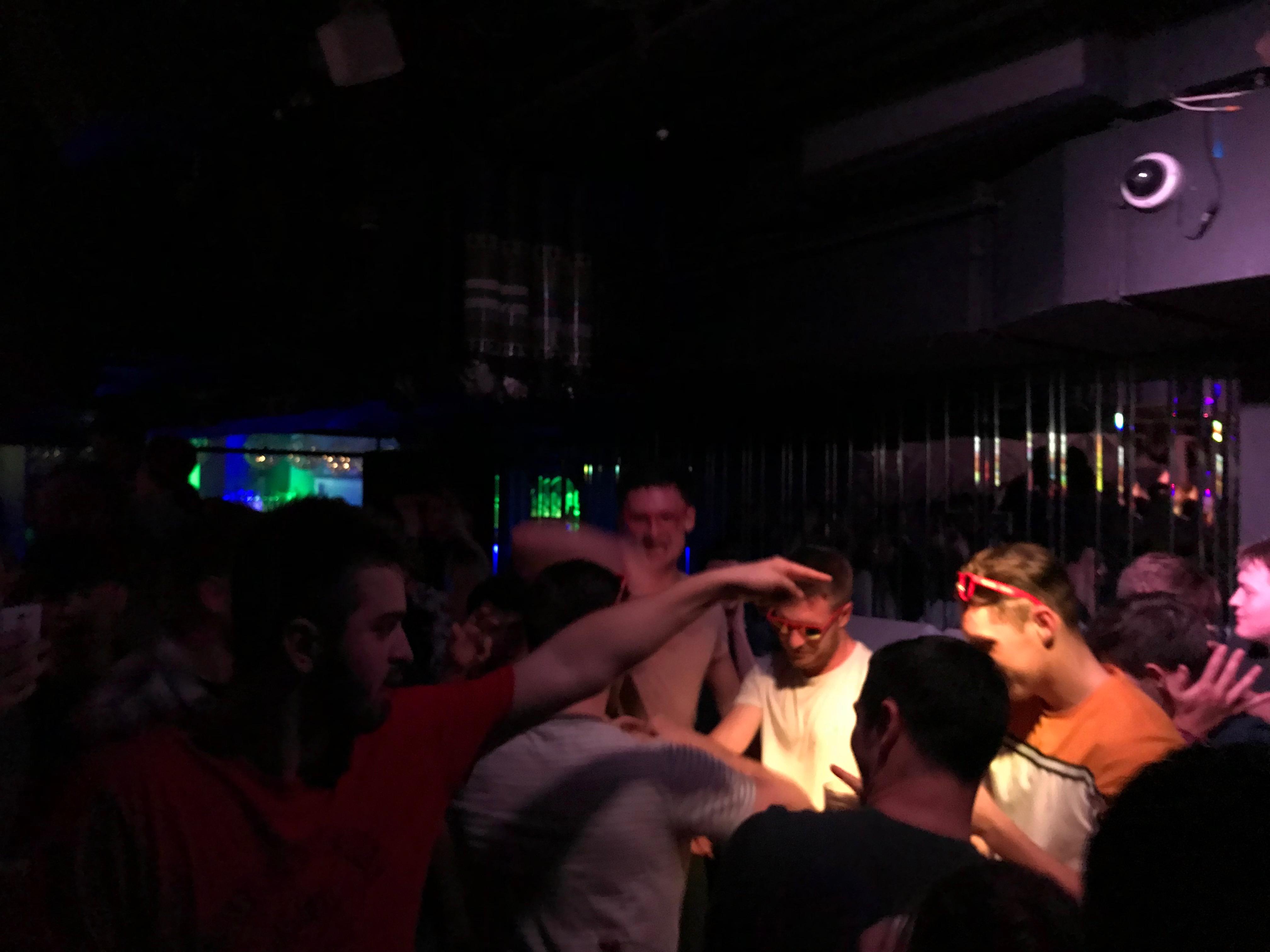 It's not Walkies, but it's not too shit a replacement either. Walkies will be back one day (to answer the majority of our prayers) but good luck to PI, a lot of snakebite chunder is coming your way.