Everything any girl has to go through living with guys

What could go wrong?

While it is every girls dream when living with guys, to wake up each day into an episode of New Girl, the reality is quite the opposite.

Instead of swear jars and love stories, you’ll be invited to experience all that ‘lad culture’ has offer. So here are just a few lessons I’ve learnt living with guys. Here goes…

This probably isn't much of a shock for most of you, as it's inevitable most guys are messy. There's clothes sprawled everywhere, not a made (or clean) bed in sight, and you can guarantee they've left a pan loaded with cold water in the sink because it needs to 'soak'. 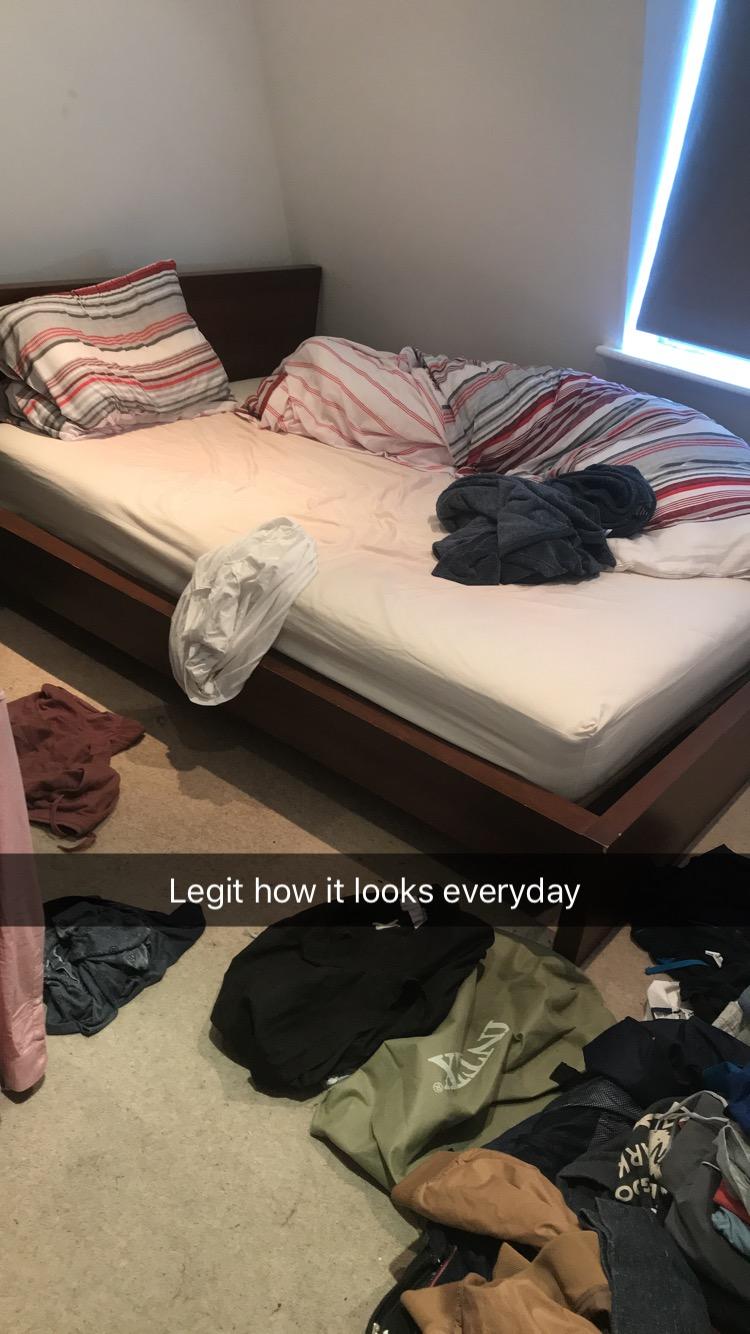 Unfortunately, it appears that guys have this magical power where they can eat everything in sight and nothing changes. I won't get into too much detail on this, as it's slightly depressing when all I have to do is smell a brownie and I put on weight.

Sports will take over your life

It doesn't matter what type of sports it is, this is going to happen. It could be football, rugby, horse racing… the list goes on. On these occasions expect a lot weird eating habits, exposure to boxers and most importantly yelling. A lot of yelling. I have officially forgotten what it feels like to wake up on a Saturday morning and not hear chants of 'GO ON SON' and GET IN THERE'!

Everything 'ladylike' must be removed from sight immediately

Underwear, bras, tampons, you name it. If anything of this is witnessed by the male eye, they simply can't handle it. To them, you are just one of the guys, but as soon as they are reminded that you're a girl with feminine needs, they'll start acting weird and uncomfortable (a feminist issue we won't get into now). Best to just keep it out of the way, unless they're annoying you, then it's a perfect way to incite fear.

They fear you meeting any new dating buddy

They sneak any girl in and out of their room as if meeting their other girl mates will constitute an 'official relationship'. In hind sight, you can't really blame them as if we did meet them , there's a good chance an interrogation would take place. Sorry girls.

This may only apply if your housemates are notorious gym bunnies, but it is something I have experienced. Instead of extra space for my snacks, I must swear to leave it alone so they can get ready for 'bulking season'. Disclaimer: this usually comes accompanied with embarrassing mirror posing and constantly walking around topless, even when they don't have a single ab to show. 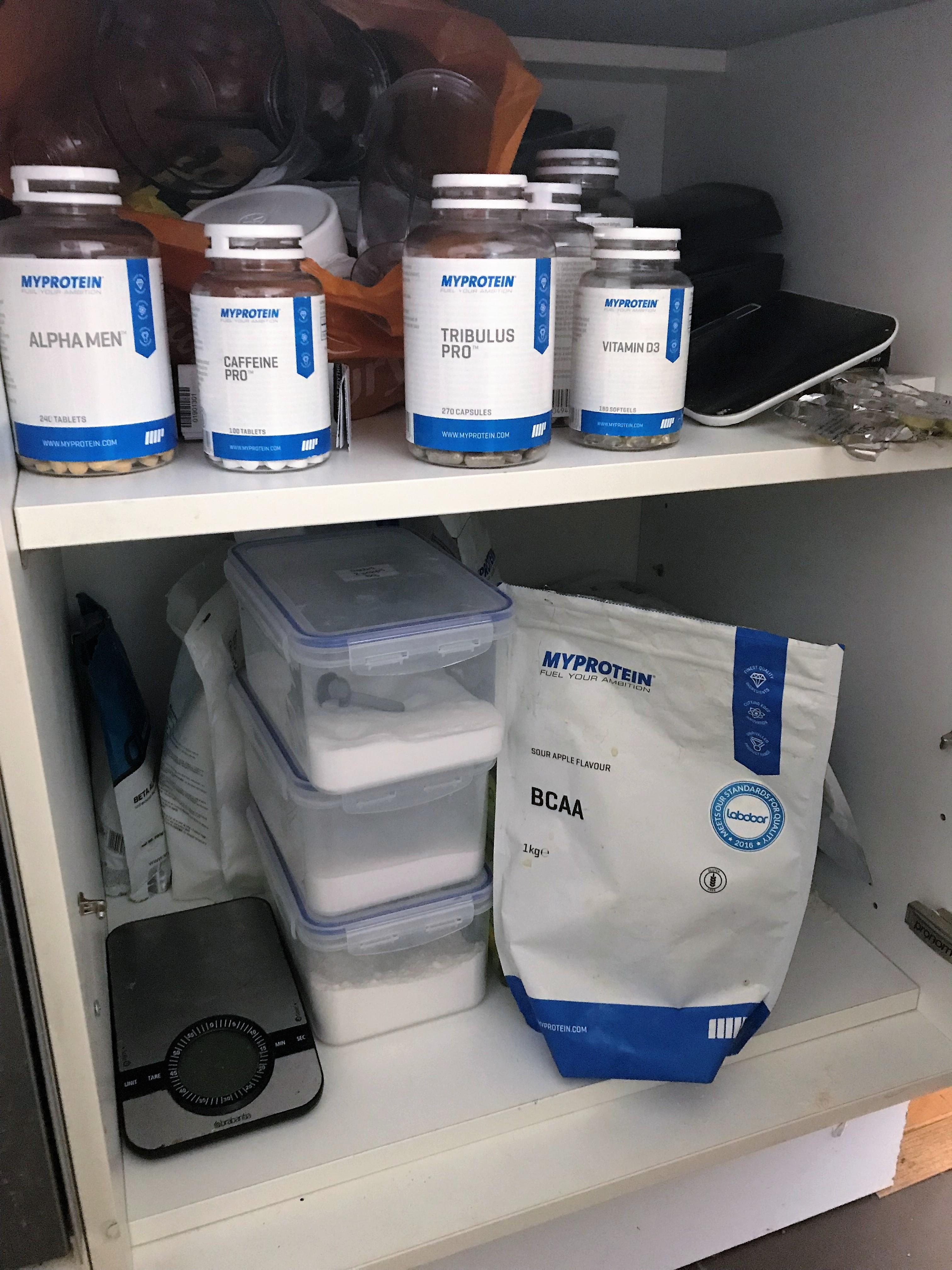 Where's my food at?

Who knew they had more hair products than you?!

The wax, the combs, the razors, the list goes on! It was a shock to discover guys care so much about their appearance. While you appreciate such effort, when your house turns into a personal barbers because they're too cheap to pay for a haircut, it's gone too far. 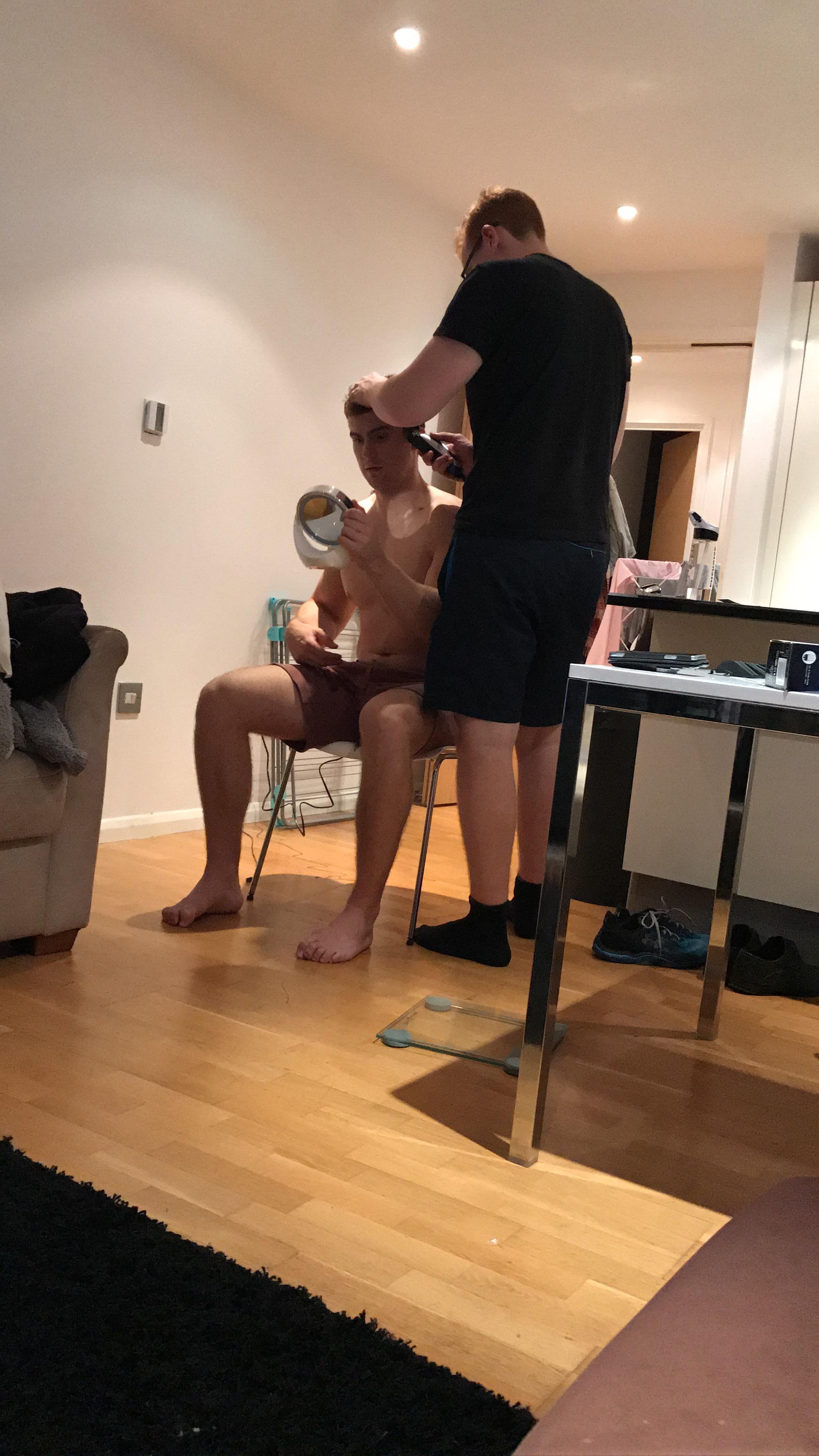 You can imagine this went horribly wrong

But what can we say, we love the guys we live with and wouldn’t change their protective nature for the world. It’s nice to know that if I get fucked over I have two bros to hit a punch.