They were lighting orange smoke flares

This afternoon King’s Climate Change Emergency organised another demonstration outside the Strand.

Around 20 demonstrators were present. They were seen lighting orange smoke flares as well as sticking posters and spraying dots to the Strand building.

Security were called to the site and were seen filming the demonstration. Two police officers were also present speaking to the protesters. 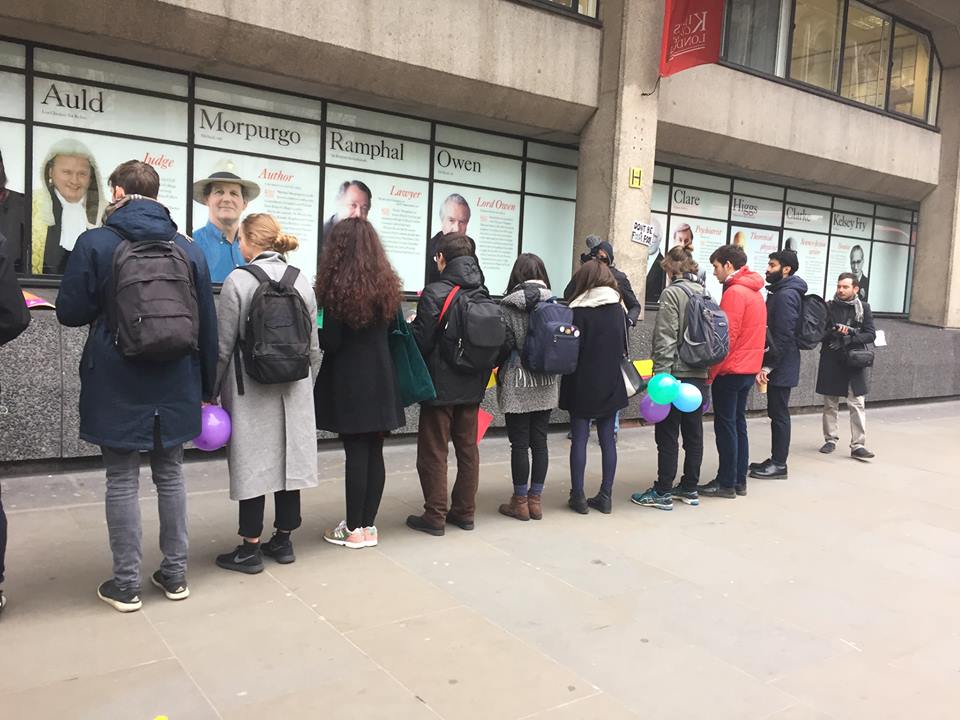 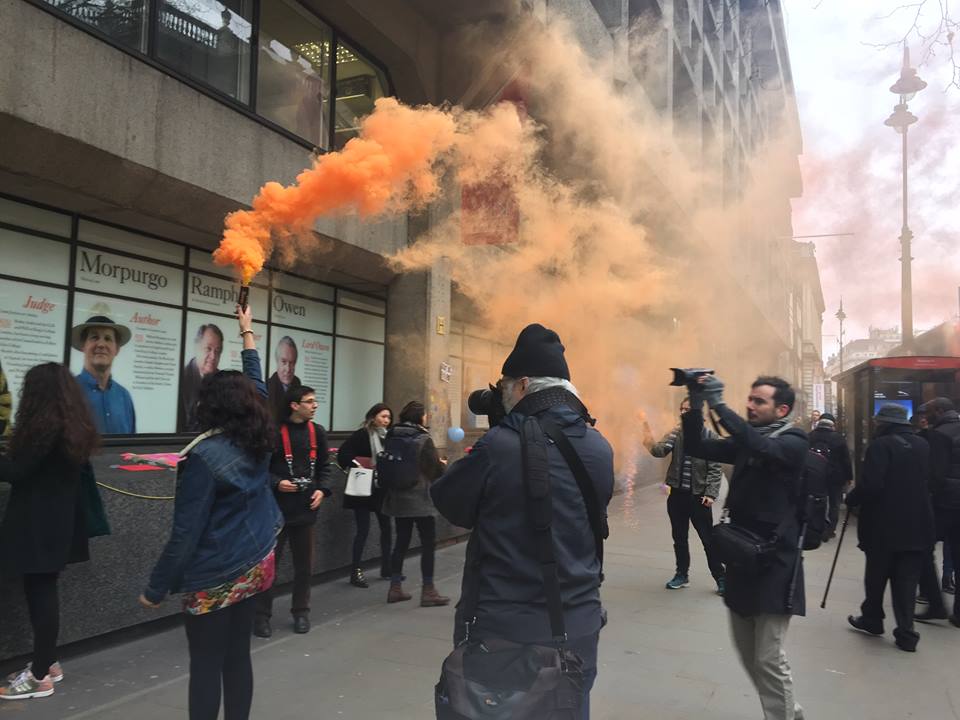 The posters, reading messages such as ‘Divest’ and ‘The life of millions hang in the balance’, were stuck to the building.

A spokesperson from KCCE said: “Today 20 students and supporters decorated the front of King’s with balloons, flowers, images of child refugees to draw attention to continued refusal of the College to divest from all fossil fuels.

“This is part of an escalating weekly campaign of daring and creative civil disobedience which has already led to disciplinary actions, arrests, a suspension and multi threats of criminal damage charges to student activists in developments which have not been seen at Kings for decades.” 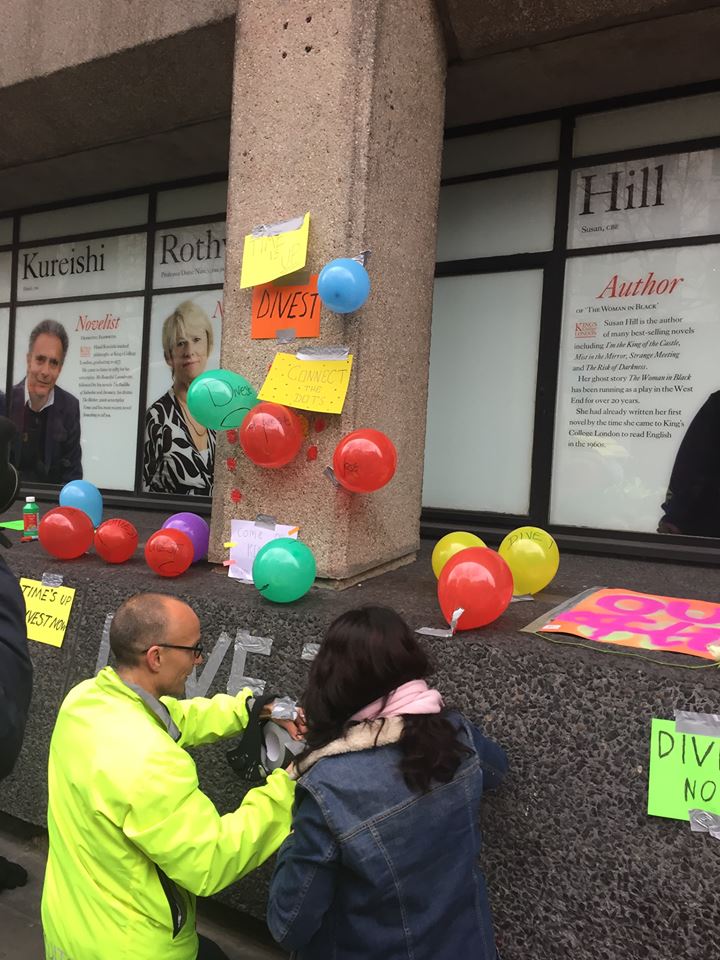 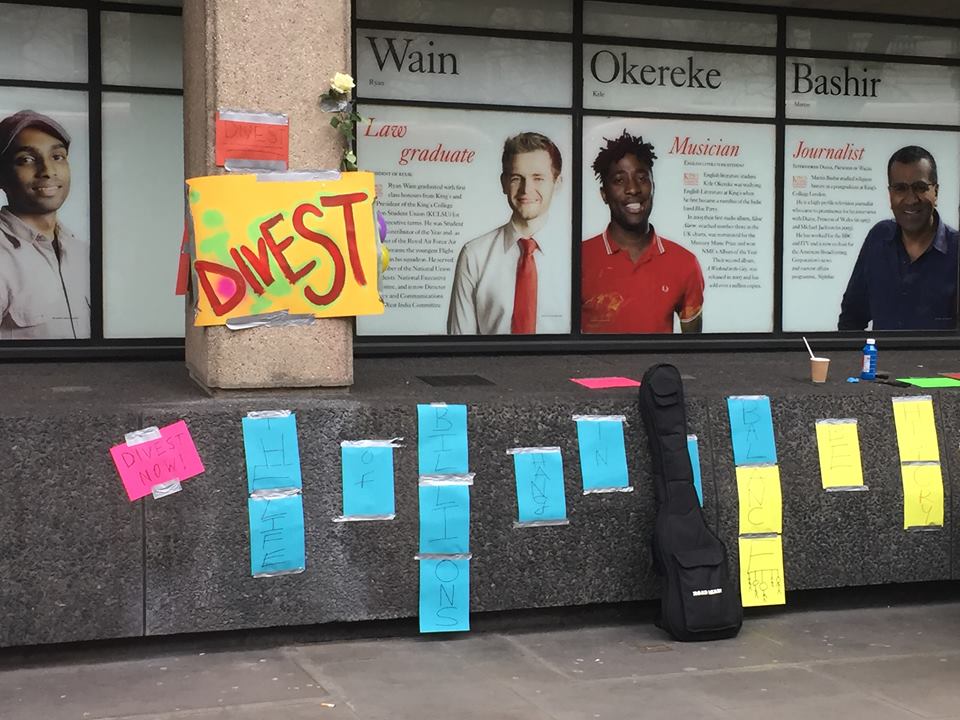 A KCCE spokesperson said: “Three of PhD students were stopped by the police for putting a blobs of kids poster paint on the front of King’s. After 30 minutes of questioning they were let go. A few hours later, they received a letter threatening them with suspension.”

Last week, campaigner Roger Hallam was suspended from King’s College London for graffitiing on the Strand Building, as well as inside the Grade I listed King’s Building.