Red paint was washed onto the streets

Yesterday morning, a protester was seen graffitiing the walls of the Strand building with the message ‘Out of time! Divest from oil and gas now!’

King’s Fossil Free society, whose divest campaign was supported by Desmond Tutu, later tweeted that they “did not condone the recent graffitiing of the Strand building and respect our current working partnership with King’s.”

FFKCL does not condone the recent graffiting of the Strand builiding and respect our current working partnership with King's.

Speaking to The Tab, Fossil Free KCL gave the following statement: “On behalf of the society, we want to make it very clear that we were no part of the recent graffitiing of the Strand building.

“We have campaigned tirelessly to reach the stage where we are now, with a working partnership with King’s and their agreement to divest coal and tar sands, as well as positively reinvest some of that money too. 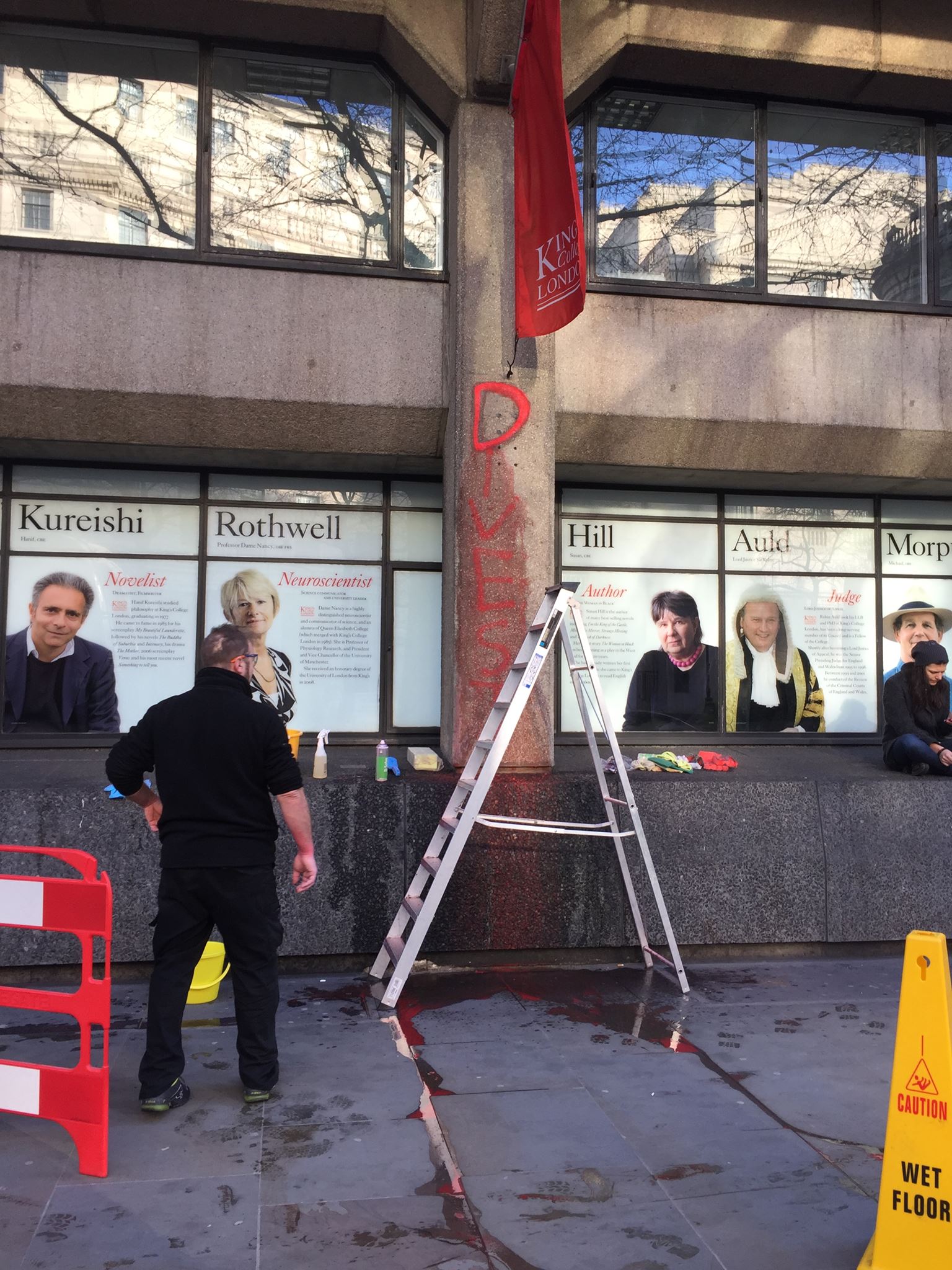 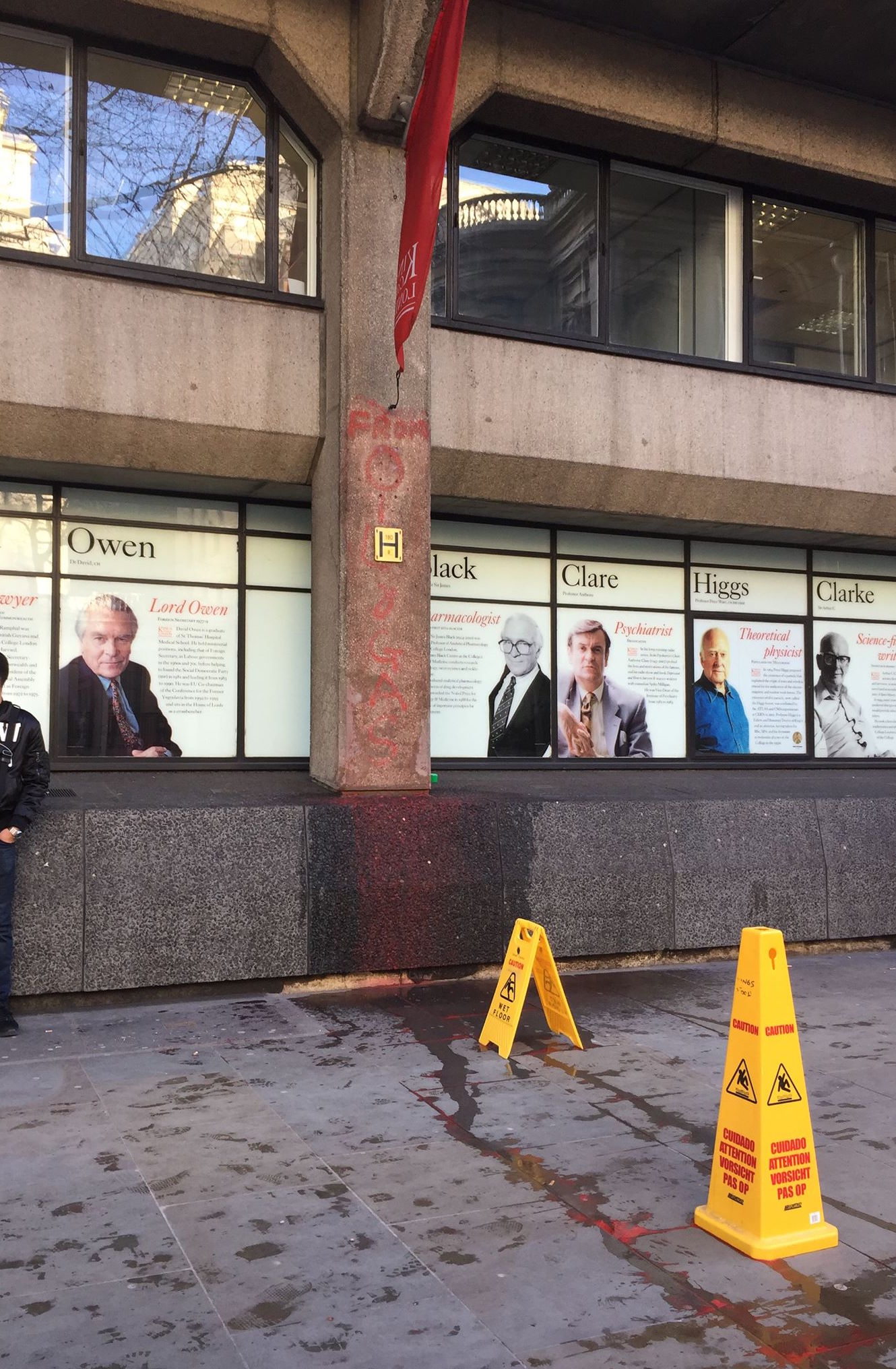 They continued: “With the creation of the SRIRC last year, we are hopeful that King’s will continue to collaborate with students in reevaluating the ethicality of some of their funds, with particular regard to the recently founded demilitarise King’s campaign against arms investments.”

A spokesperson from King’s College London said: “We are disappointed that a student chose to spray red chalk graffiti on the front of the Strand building yesterday morning as part of a climate change campaign.

“The university has worked closely with the student-led Fossil Free King’s organisation over the last year to develop a socially responsible investment plan and we published our position in September last year.

“We recognise the rights of our students to campaign for change but do not accept that damaging King’s property is an effective way to achieve this and welcome the statement from Fossil Free King’s condemning this act. The matter has been referred to Student Conduct.”