I went to a Medicine lecture and it was traumatic

There has forever been rivalry and debate about which is better: the BA or the BSc. As an English Lit student the idea of attending anything remotely science-based makes my toes curl, so I may be slightly biased, but anything that requires you to take a class on washing your hands sounds nothing less than horrendous. However, to see if it was really as hard as it seemed, I went to one of my medic friend’s lectures.

The ‘Strandies’ finished a week before the people at Guy’s, and, lost for things to occupy my time before I left for the Christmas holidays, I went to Despo Papachristodoulou’s lecture on, what I assume were, fatty acids and/or lipids.

For good measure, I still have absolutely no clue what ‘the fed state’ is – perhaps it has something to do with food. Basically, I think it was about how alcohol makes you fat, but, as a first year, I certainly don’t need to attend a lecture on that. The only thing I am sure of after leaving that lecture is that my AA grade in GCSE double science definitely does not cover it. 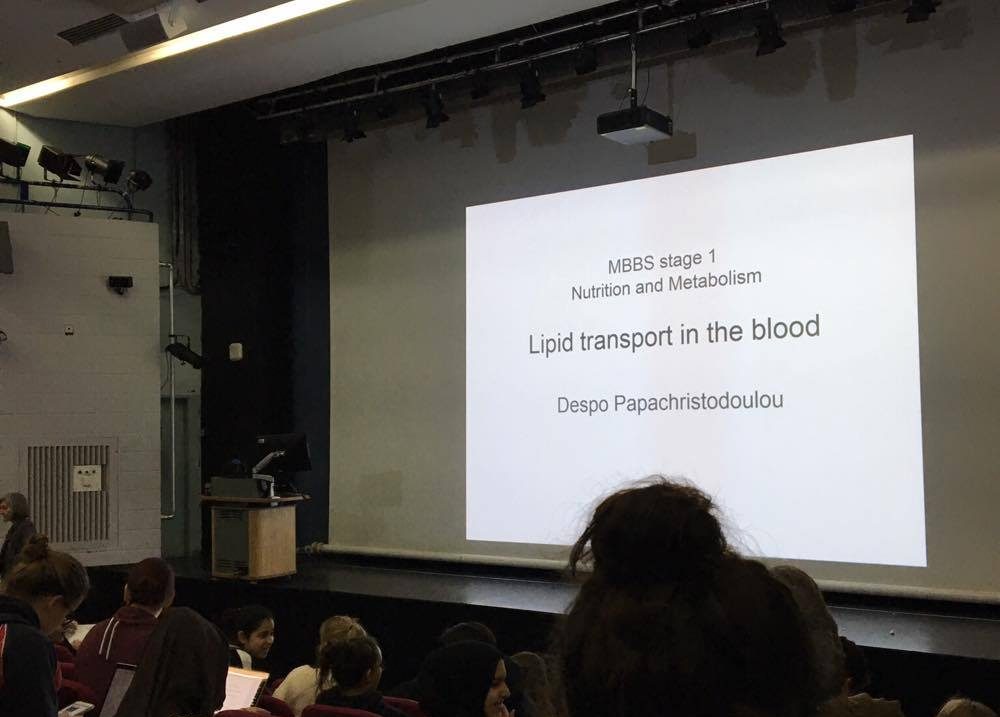 Prior to my arrival I had heard a lot about Despo: all my Medic friends raved about her leather trousers and sassiness – and I was not disappointed. When someone’s phone rang in the lecture she immediately exposed them in front of the entire hall, and stood there in silence while the embarrassed callee desperately grappled for their phone having tried to pretend it was not them. This would never happen in an English lecture – they would most probably let you take the call as they’d agree it was more interesting than anything to do with Saussure.

At the start of the lecture I already felt out of my depth. Although we were on time, when we got in it seemed as if everyone had been there and waiting in anticipation for at least 15 minutes beforehand. At the Strand it is not uncommon for people to rock up 30 minutes late without anyone batting an eyelid. But maybe that is just the power of Despo – you don’t turn up late to her lectures. 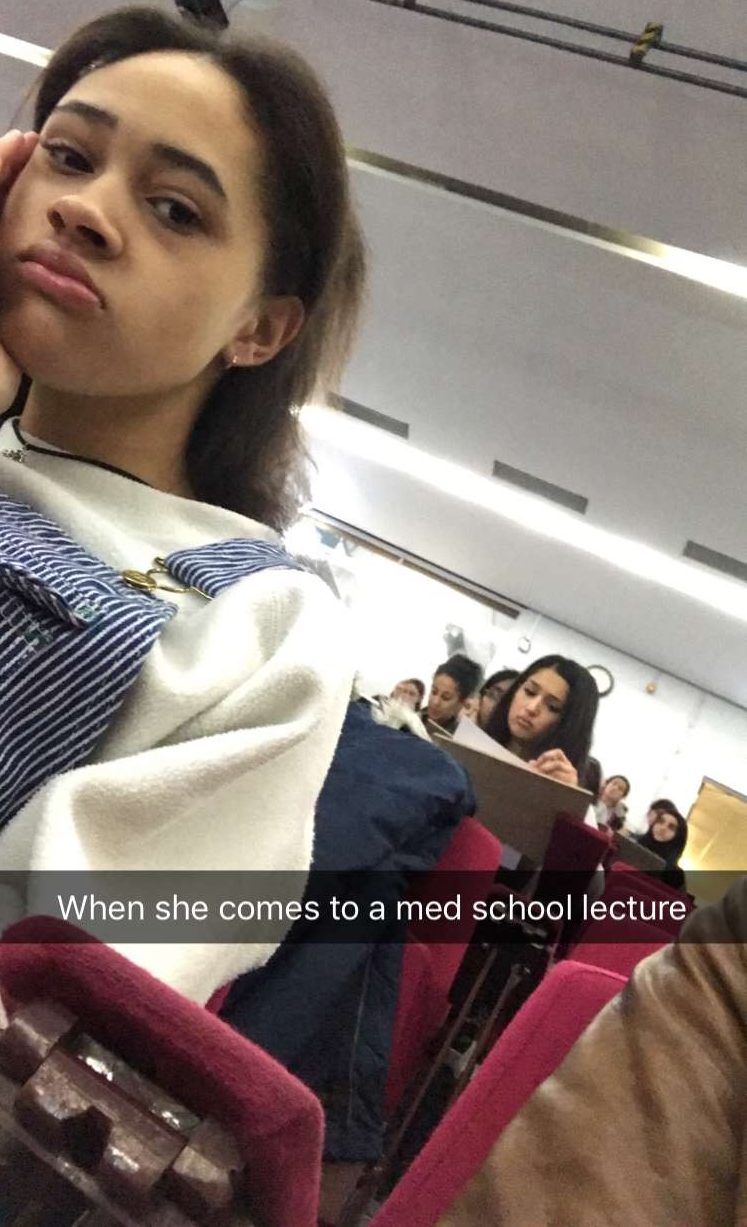 To my surprise, Medicine lectures are much more high-tech than anything at the Strand. For example, we had to show our King’s IDs upon entering the lecture hall – and as mine clearly said ‘Arts & Hums’ this made my heart beat a little faster than usual. Most significant, however, was the interactive poll that was put on the board before she even started speaking. If only the Arts & Hums budget stretched that far. Maybe if we weren’t subsidising their courses our campus would be a little more 21st Century.

Similarly, I found it odd that the lecturer actually asked questions and received replies – in English lectures they may ask the odd question about what you thought of the week’s reading, yet it’s rare for them to receive more than a cough at the back of the room or people quickly averting their gaze when they try to pinpoint someone in the audience. It was also surprising how many people were awake.

Additionally, no one was on their laptops. In English lectures the majority of us take notes on our computers as a guise for spending the full hour on Facebook; whether it’s for ex-stalking or looking at memes, it is still more interesting than anything to do with Shakespeare. But no, the lack of laptops and mobile phones was terrifying. Nobody was sending their mates Snapchat videos of the lecturer, or watching BGMedia. It was almost as if they wanted a degree. 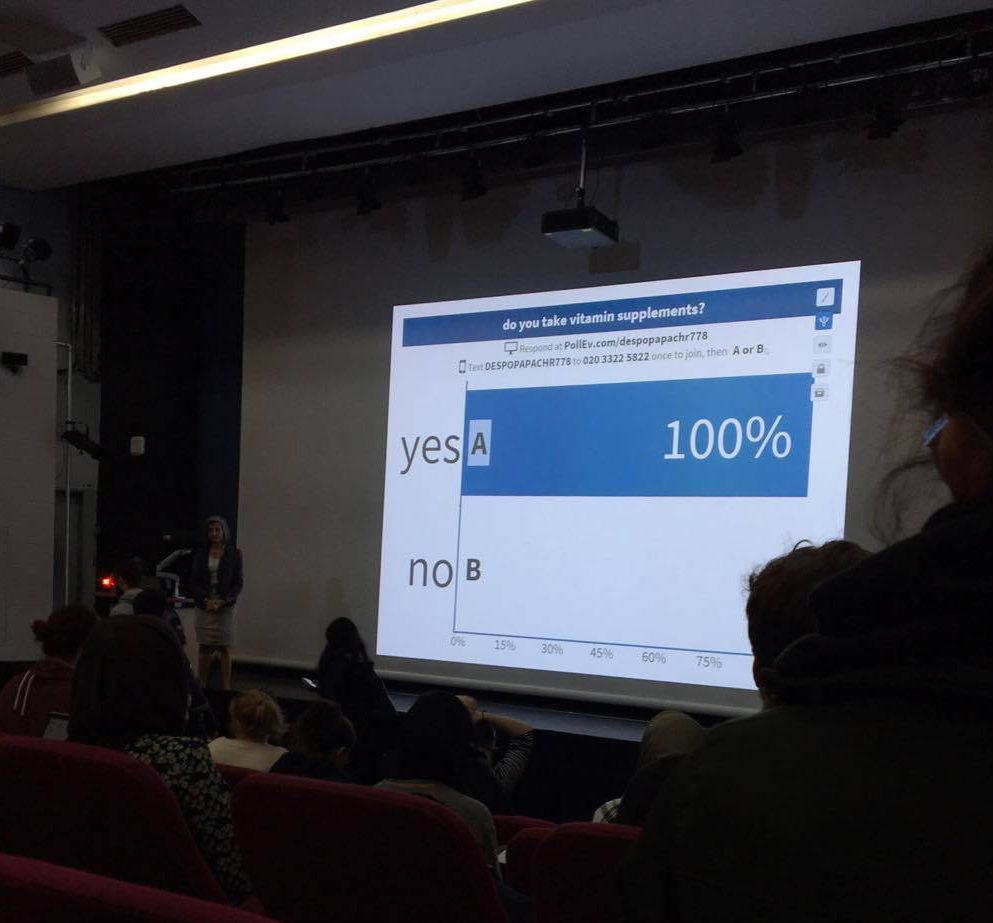 What is this language

Another thing that confused me was that the slides we were shown correlated with what the lecturer was saying, so if you missed the lecture you could actually catch up on KEATS and know wtf was going on.

Upon ending her lecture, Despo wrapped it up nicely: she had a conclusion instead of her departing message being “uh yeah, I think that’s our time up, I should probably let you go” and maybe a slight apology about how she didn’t manage to cover everything she aimed to.

Overall, my brief exposure to Medicine blew my mind, mainly because I was able to wake up at 10.30 for an 11am lecture and roll out of bed without having breakfast or wearing a jacket – an impossibility for a Strandie with a 40 minute walk to campus. However, the part I truly disliked was the learning, as I can 100 per cent guarantee that I learnt absolutely nothing and probably left the lecture hall feeling even more confused about life, despite this confusion being the basis for the majority of my modules. Yet one thing is for certain: English is the course for me. So don’t keep an eye out for me in any Medicine lectures next semester.